I had problems using the magnesium citrate oral solution. It tastes sweet to me and seemed to make me hungry. It also had the very unfortunate effect of giving me diarrhea. I take magnesium glycinate about a 1/2 to 1 hour before bedtime.

I also just purchased this magnesium recommended by @SlowBurnMary. I’ve been putting 1/2 ounce in a couple of liters of ketoaide each day for the past week.

A half a tbsp in 24 oz of water! That’s one and a half TEASPOONS.

People ask me often about my KetoAide that I have been sharing for a couple years now on social media.
I use the recipe for my IDM clients and recommend it in my monthly group fasts on their website. Dr. Jason Fung and Megan Ramos approve of it because of its benign affect.
Why? Because the amount of saccharin in a half a tablespoon of magnesium citrate mixed with 24 oz of water is absolutely miniscule and TRACE. Not something that you can taste even, and definitely not something that would interrupt autophagy (which can interrupted by protein, such as in bone broth)
The trace amount of saccharin in the Magnesium Citrate does not raise insulin at all and it definitely does not cause an insulin spike.

Again, Megan and Jason approved my posting of the KetoAide recipe in the IDM communities and on my monthly Membership Community Group Fast.

I’m so happy my little inexpensive invention has helped so many over the years.
People tell me all the time how It’s made fasting a breeze for them.

If you are still concerned, don’t use it.
I see no reason for concern.

Thanks @Brenda for this, I’ve been using it for the last 9 months, everytime I fast. it’s been working great for me, and I’m in a fasting discord group, and i’ve shared it with everyone there (with links back to this post), and it’s come in very handy, to say the least! I appreciate your work with this!

One thing I’ve changed is, I premix the Magnesium citrate with the Lite salt, and then I can just use a teaspoon of the premix to add to my water, it makes it very convenient to add.

That’s a good idea! More convenient to pack that mix for work than hauling a glass bottle back and forth and keeping it in the fridge. Or taking -23 bottles premade when I am fasting.

Made my first batch yesterday. Got three smaller bottles of it to use during or right after hiking. Can’t wait to see how it does. I did use pink Himalayan salt though since I haven’t bought the other kind yet.

@Janie, watch out when you mix the two, as the Magnesium Citrate will foam up a lot. At least mine did, because it was carbonated.

So, I have a silly question for the group… I make the Ketoaide and keep it in the fridge… and when I drink a glass, it tastes like salt water, but it has the feel of milk in my mouth…
is it just me, or has anyone else noticed this?

Can’t reply about the ‘milk feel’ in the mouth, since I don’t recall getting this. But I find the salt makes the water have a flat taste to it. … Also might depend on what all you add, unless you follow the recipe to the letter?

I personally have been making mine like this for months now. … ( 1/2 tbsp. Magnesium Citrate, 1/2 tbsp. Lemon Juice and 1 tbsp. Apple Cider Vinegar.) I also prefer the Cherry Flavor, though this is not a big deal really. Have used the Lemon and Grape as well. … Grape would be second.

Is this a good buy, and sensible?

Here’s the one I use, for comparison purposes.

I really struggled to find one down here with no carbs.

Any Aussies out there been able to find a flavoured Magnesium Citrate liquid in stores? Looking in my chemist today all I found were tablets.

This is what I use for mine. 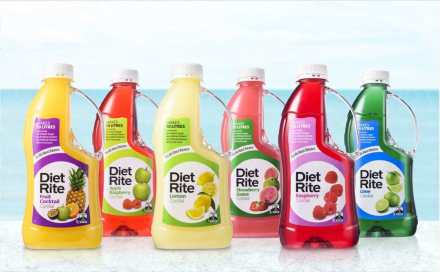 This is pretty simple, and is designed as a way to get sufficient magnesium, potassium, sodium and calcium into the system, especially when moving from a carbohydrate-based diet to a fat-based diet…

Thanks. What sweetener does your cordial use? I have the no sugar Cottee’s cordial which has sucralose. (BTW What’s the final word on sucralose as a sweetener? Good or bad?) 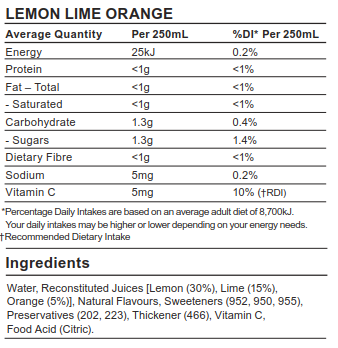 And yeah, not sure. I’m sure I can find people on both sides of the argument

Sucralose isn’t as bad as a Ace K or aspartame but all sweeteners raise insulin. If your goal is weight loss you want to keep the artificial sweetener use to a minimum. My original KetoAide recipe has liquid magnesium citrate which is sweetened with saccharin. But since only a teaspoon and a half of that liquid magnesium citrate is used in a quart of water, it’s a trace amount and not enough to spike insulin.

EDIT:
I’ll continue November’s Zornfast thread if anybody wants to fast with me next week. Monday November 26 through Friday November 30th

NEW FAST STARTING THIS THURSDAY November 15th!! November’s Group Fast! Starting THIS THURSDAY November 15th through Sunday November 18th. The Ketogenic Forums monthly group fast, ZornFast, always starts the third Thursday of the month and runs through the following Sunday. This month’s group fast. I started practicing monthly fasts February of 2016. I still gain great benefit. Zornfasts are normally the third week of each month. Join if you’d like, we’ll support each other here. I always…

I would definitely be game for that.