My daughter, Emmy, and I did an experiment. We ultimately did three versions of the spice blend. The first one used black pepper instead of white pepper. The second batch (with the white pepper) needed more salt and sage. That batch was okay but we had to cut back the sage a little.

I was lucky to find a local butcher that sells beef tallow. It also happens to be the healthiest fat you can fry in. I would recommend spending some time to find a reliable source.

I hope you enjoy it as much as I do. Pictures will follow![wpurp-searchable-recipe]Ketoky Fried Chicken - A keto version of fried chicken that rivals the best. - chicken (in pieces), beef tallow, egg white, pork rinds, colby jack cheese (shredded), Spice mix: paprika, onion powder, chili powder, white pepper, Salt, celery salt, dried sage, garlic powder, ground allspice, Dried Oregano, dried basil, dried marjoram, Heat tallow in a fryer to 350F.; Combine pork rinds, cheese, and spices in a food processor until rinds are pulverized and powdered. Move to a plate or large bowl.; Dry each chicken piece with a paper towel and dip into the egg white to coat them. Completely coat with pork rind mixture and place on a tray to dry for about 5 minutes.; Fry the breasts and wings for 12-14 minutes. Fry the legs and thighs for 14-16 minutes. In either case, the internal temperature of the thickest part of the meat should be 165 F.; Place the chicken on paper towels or a cooling rack, let it rest for 3 or 4 minutes, and then serve. You can keep it warm in a 200 F degree oven for a few hours before serving.; - [/wpurp-searchable-recipe] 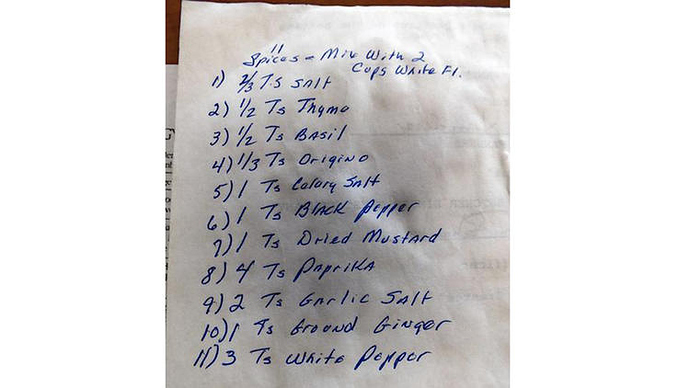 The real deal! Taste it and see?

Thank you for testing out the recipes for us. I am looking forward to eating the result next Saturday. I know it will be great. Hail to the Colonel!

Thanks for the recipe! This was Father’s Day dinner tonight! It was perfect. The chicken was SO crunchy. Loved it! 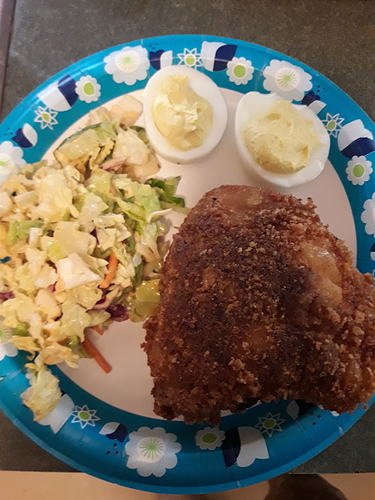 Can you re-use the tallow? 2 quarts is expensive

Many times over. I buy fryer oil filters at BassPro and run mine through it every couple times it makes it like new again. You loose some each fry so as you add new your always just moving the cycle further with newer tallow.

This looks delicious, but the name is even better! So cute.

I regularly pan fry chicken with a pork rind coating, but have yet to venture into the realm of deep frying anything!

I’m going to do this recipe once I reach my goal weight, too scared to try it at the moment. I might like it too much if you know what I mean?

Question: Could you use Butter Milk in this recipe or would that blowout the whole keto deal?

I was wondering how well it would work either baked or pan fried and I don’t have tallow so wonder if olive oil works well?

Second that, if possible.

I don’t have that recipe, but here’s a good one: 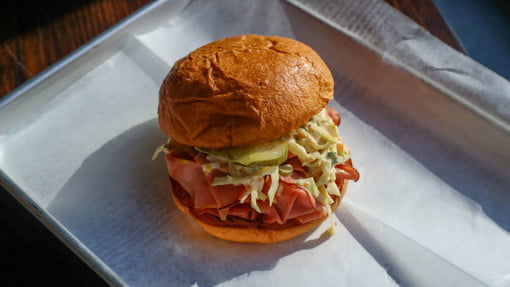 Chef Matt Bolus from Gertie's at The 404 Kitchen in Nashville, Tennessee, serves up the best coleslaw. Ever. And we got his recipe.

Thanks, will give it a look.

It looks like they posted the recipe for the coleslaw:

This cole slaw is the closest I could get to the flavor profile of the original KFC recipe just by winging it. My dinner party guests all agreed that it tasted just like the original! After much ex…

Seems a bit sweet to me to try. But I’ve rarely had Kentucky Fried Chicken or their coleslaw, so I would have no idea what this is supposed to taste like.

I happen to be throwing another Keto Minifest this Saturday at my house: another Ketoky Fried Chicken night! 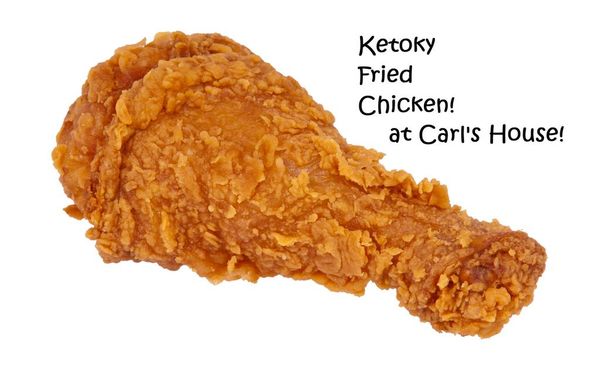 Sat, Nov 17, 2018, 4:00 PM: IMPORTANT: this event was originally scheduled for Monday 11/12. Now is Saturday 11/17Since the first Ketoky Fried Chicken Night, where I recreated the 'chicken in a bucket

I’m so lucky to live close enough to attend the KFC meetup. Looking forward to it!

Edit: never mind, found a link to the original post. Stupid question but am I missing the ingredients list? I see a print recipe “link” but there’s no link lol

I live in CT, and would love to attend. However, my wife just had eye surgery and cannot drive, so I’m the family driver this weekend.

I have, however, just got in some beef tallow to fill my also newly bought fryer and plan to make the fried chicken this weekend. I’ll report back.