Yeah, I know!
It’s raining outside, I have the heat on, my pup is noozing contentedly, I’m off this weekend, I have a gin poured, and I’m just going to wait a while to decide what to cook. I’m in no hurry, as I’m not hungry.

2MAD has become second nature for me, thankfully.

Just an off topic question.
Was just wondering, is there anyway to tell from this site, just who or how many are logged onto the forum at any time?
Doesn’t matter to me if one can’t, but sometimes it’s good to know if you want to further a conversation directly to some people.

Good question! I don’t think so… but not sure. I’m not as tech savvy as a lot of the admins. Let’s drag @PaulL into this.

I’m not talking IM or DM (which I’m not a fan of tbh), I mean, is it worth your while responding, in a debate on here, to somebody’s post if they aren’t even on line? And they may not be on for ages, that’s all. I mean, some might not log on for months.

You can search using a username, and I was able to find your post above by doing this. You can then sort by “latest post”.

Why would you want to get into a debate? I tend to bow out of those.

I said responding to a debate, what’s wrong with that?

Also, you might have people you like online, and want to message to say hello even.
But you will not know they are online.

I know the latest post system works well, and I promote it as a a good system.
I would like to see who is online at any one time if I am engaging in this forum (which I wholeheartedly am

It’s funny how the word debate has become a bad word. I was in debate club, btw. Debate can be healthy and respectful. We have many diverse opinions hon here, and I love it. Our only issues are when people won’t just let it go as a difference of opinion and it becomes verbally aggressive.
Otherwise, most of our “debates” end with… You do you.

And this doesn’t even take into account age, genetics, sex, past experience, etc.

You can debate all you want, but there are no answers. Thus, I prefer not to “debate”.

Asparagus from our garden tossed in olive oil, garlic powder, salt and pepper then roasted at 425 F until tender. 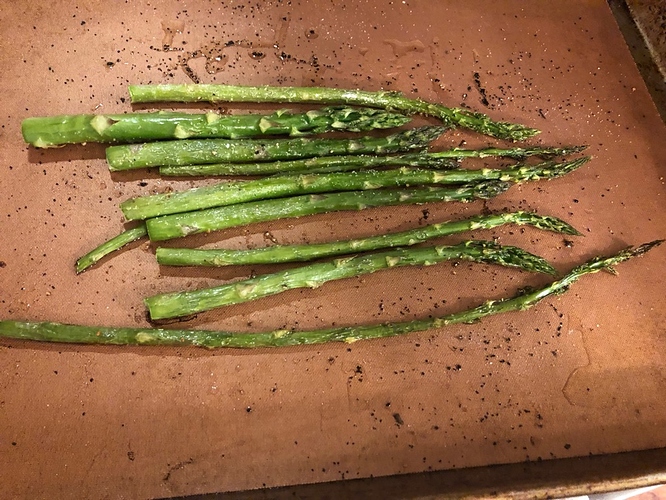 Thinly sliced round steak in a Korean BBQ sauce (not too bad on carbs). The EOC’s (evil orange carrots……or evil orange cats - internal joke) are for my husband - I don’t eat them. 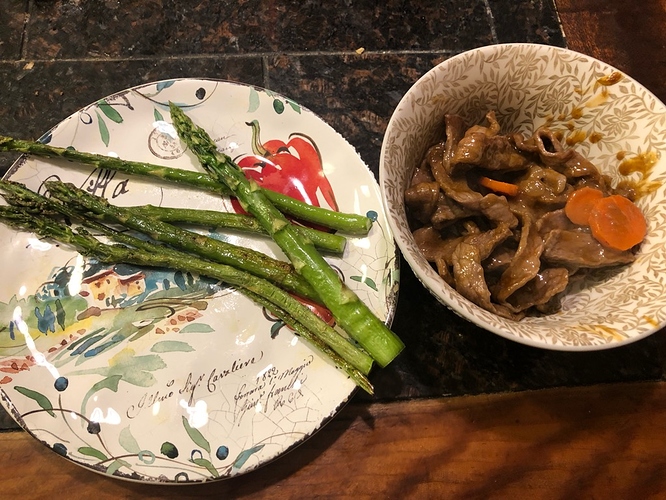 Funny, because we are debating the value of debate! Ironic, right?

I wasn’t here lately, busy then tired days and no photos as my food isn’t anything new. But very nice.
Today I will eat rabbit liver again, though, that doesn’t happen in every month!
And we found another big wild mushroom (just champignon, nothing really interesting but the wild ones actually have a flavor… store-bought ones usually has almost none except the brown ones) and ate it. Last time I was sure I won’t eat the next one but it was tempting in scrambled eggs and I had no reason to resist. But now I try to go back proper carnivore. I was too wild lately, again.

But I came to react to Janie’s nice meal

I think tomato is “the” vegetable I keep. I like a few others but they aren’t important at all. And I had onion but it’s too sweet and only use it for stews in minimal amounts. But tomato is great. I rarely eat it, it’s not carnivore and I don’t NEED it

But when I really want something different, it’s very enjoyable. If it’s sour and not too sweet. And most of the other ingredients are among my favs. Sometimes I wonder why I don’t make a food like this. Probably due to what I wrote, not carnivore and I don’t NEED it. And I use up the tomato for eggs in purgatory as I don’t even need to cook for my SO then… And that is safe even when my SO has his vegetarian or very low-meat days.

I probably would use some nice fatty mincemeat as our sausage is extremely fatty and I like that all alone (sometimes not as it’s borderline too fatty even for me), no more work is needed. I did that with a recipe I learned in the carni thread, Scotch eggs using sausage meat. I asked and that sausage is way leaner than ours but mincemeat worked wonderfully.

You can debate all you want, but there are no answers.

Just because there aren’t clear, definite, general answers, it’s nice to read about other people’s experiences sometimes. Or writing about ours, I do that too often but can’t resist… Sometimes it’s good people ask about protein when they have some super low idea and are afraid to eat the amount most knowledgeable people consider very minimal. And then PaulL comes with his information about okay and too much protein, I found that very useful even knowing the first from unusually smart bodybuilders

The 3.3g/kg was new to me and I needed some repetitions to remember it with a certainty… There are a few areas where we truly can say things for the human body in general. Probably not super accurately but some okay-ish numbers exist. Protein is such a thing. Of course, there are exceptions and not the same range is right for everyone, we should use LBM and even activity matters some but it’s still a smaller range than for fat (or carbs for non-ketoers), we even can have an educated guess for maximum. Fat has no real maximum, we just shouldn’t eat way more than what we actually need and can use up… Lucky people have that automatically.

If you mean, debate is when you try to persuade the other person, yeah, I rarely try that as it’s usually hopeless (oh maybe this is what debate is. whatever, I can join a debate saying my stuff and knowing it won’t make a big difference). But guiding very new ones or just talk about our different experiences, that’s fine. Even if we are all different, we can learn a few things and we may doubt stupid myths or maybe we feel better about some “insane” thing we experienced if others say it’s normal and they have that too, without problems.

If you mean, debate is when you try to persuade the other person, yeah, I rarely try that as it’s usually hopeless

I think these are both good points. I suppose it’s the semantic difference between debating and discussing - and that can be hard to untangle when reading words on a screen (i.e. is someone trying to convince you that they’re right, or are they just throwing their anecdote/data/research into the mix for you to consider).

Absolutely devine! Beautiful and tasty, I can almost smell the aroma from here!

Debate is the cornerstone of any democracy.

I’m all for debate, and I’m also prepared to be educated by the other debater.
If they provide the evidence.

Anything else is dictating.

I’ll listen to anyone’s opinion, and hopefully all parties reach a consensus.
But even they don’t…it’s good to talk.

Anyways…
Last night i didn’t go for the Chinese pork chops.
I thought it best use the produce already cooked.
Laxy keto again, but I think batch cooking and freezing is the way forward to keep costs down.
Everything is inflated now, we have to be smart about things. 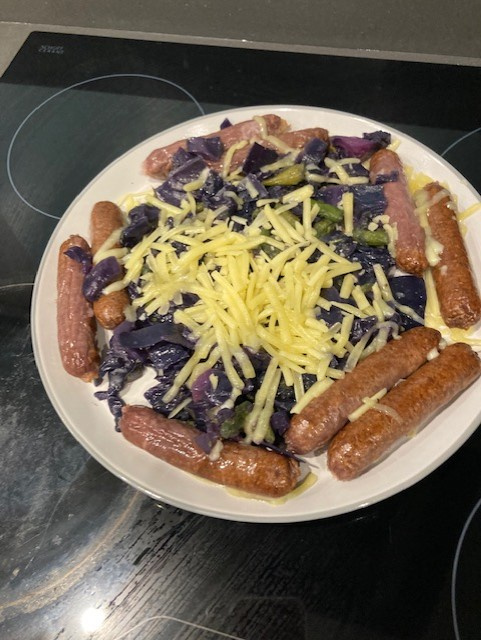 Lazy keto I meant there!

Beef sausages, red cabbage, asparagus and cheddar cheese (which I melted, but I forgot to take a pic).

It filled the whole and done the trick- Carly got two and a half of those sausages by the way…Hungry Eyes strikes again.

Your response is very obtuse.

I might agree with some of your points, but I have the right to differ on some other points.

Everyone is different mate.

Egg salad to use up some eggs…. 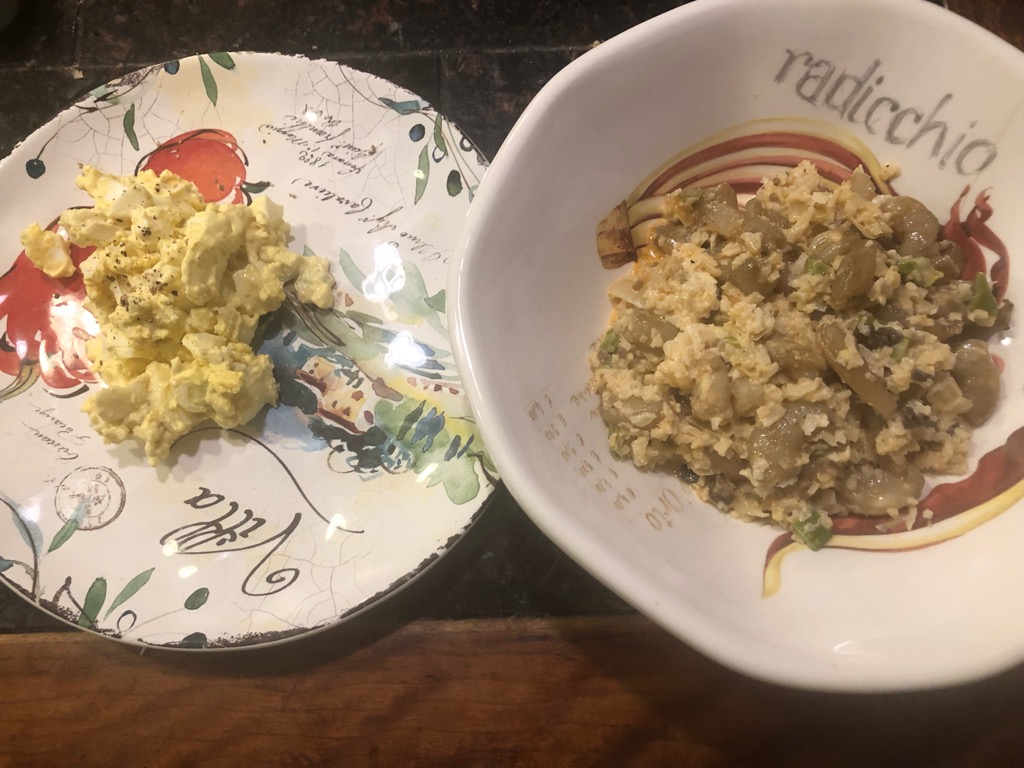 Makin’ a roast in the slow cooker overnight. Found a great deal on some grassfed chucks. Turnips, carrots, asparagus, sweet peppers, diced tomatoes, onion in bone broth. We’ll see how she does. 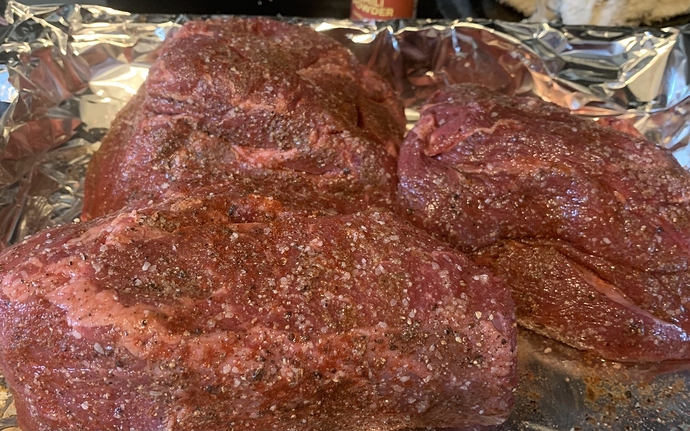 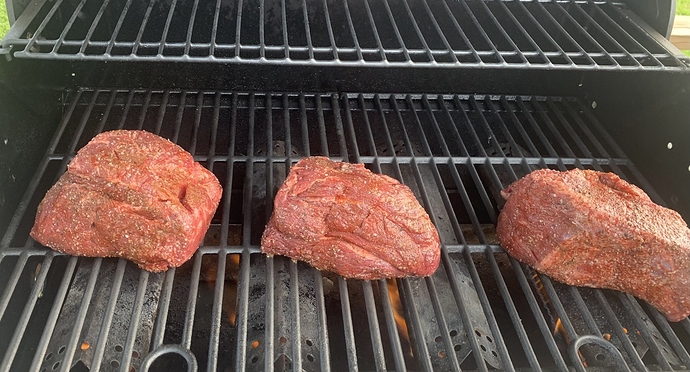 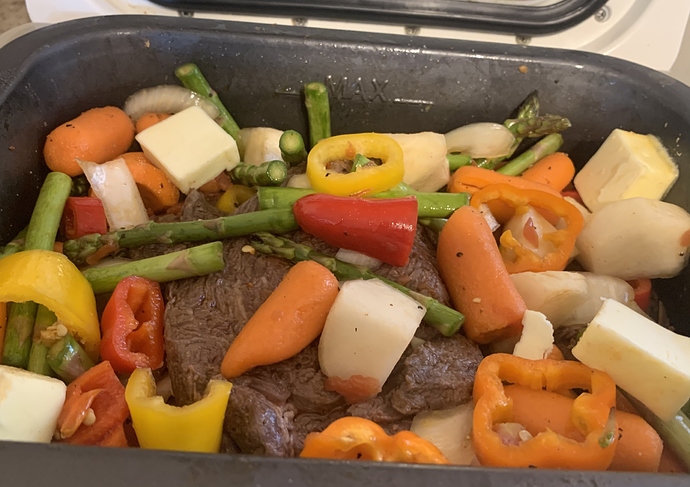