That last thread getting a bit crowded…thought it was time for a fresh one.

I tried some keto ‘bread’ rolls. I’m actually quite fond of them…apart from the price, which is expensive, especially given these times. Anyway, Zon Amaz supplies them, and I finally enjoyed cooked ham and coleslaw rolls again for the first time in well over a year. 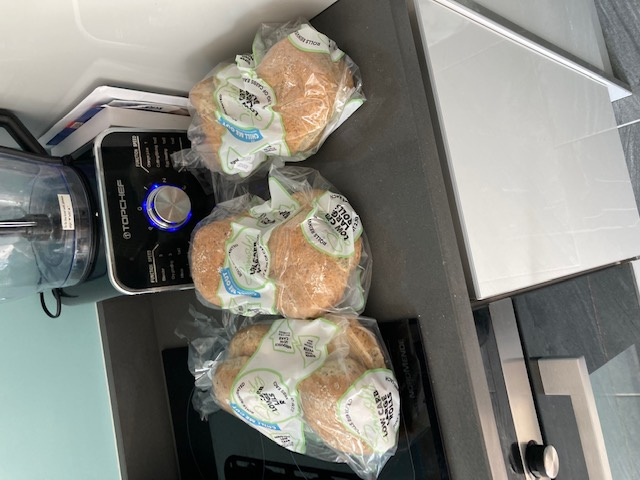 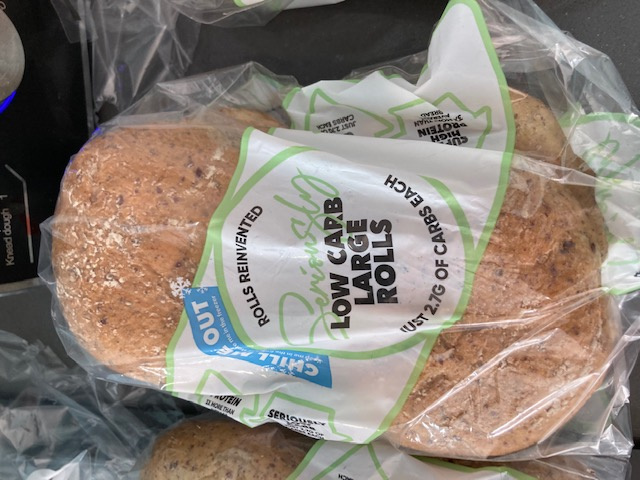 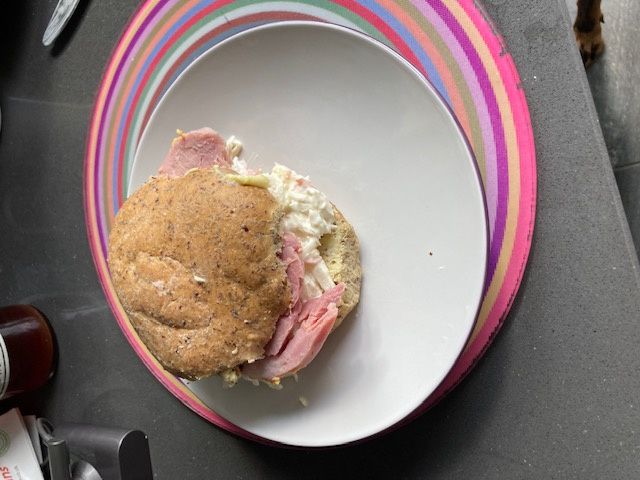 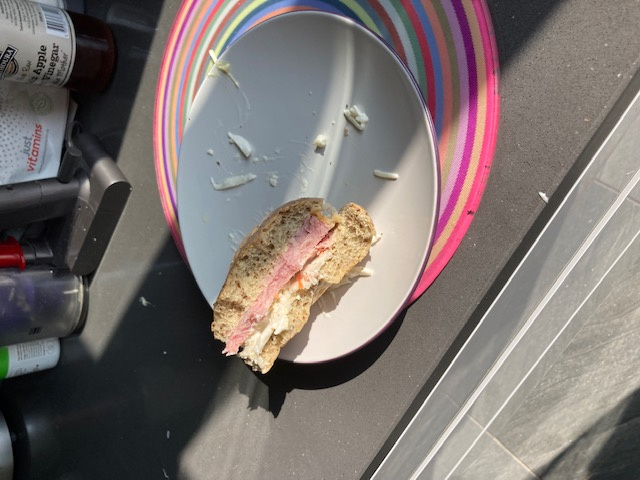 And no- before you ask, I am in no way connected or affiliated…I just bought their expensive rolls!

So that was yesterday. The products available of Zon and IceL more or less balanced out as normal expectations price wise (the Ice ham was cooked ham offcuts…didn’t look too pretty but tasted fine).

Apart from the ‘Keto’ bread (expensive), I’m really trying to look at how our chosen diet pathways does not escalate in cost in the way that everything else seems to be at present.

As hinted at previously, I will be going in for more ‘alternative cuts’ of meat, from whatever animal source.

The only caution I would add, is restrict your liver intake to once or twice a fortnight, for Vitamin’s A sake.

Tonight I bastardised leftovers from yesterday.

So I had:
2 packets of half price pork cocktail sausages. £2 (but this haul lasted me two consecutive nights’ meals).
1 packet 450 gram lean beef chunks, half price £2
1 punnet of half price white button mushrooms £1
Two clumps of fresh broccoli, even though they were only £0.50 pence as last use by date.
1 sachet of shepherds’ pie mix, £0.80
Extra herbs, gravy granules, garlic and spices…pence.

I got most of these ingredients (and I do on a daily basis) at the local Spar/fuel filling station.

So, after being sated yesterday by rolls band cocktail sausages, I stuck on the 1/2 price beef and sauce ingredients on the slow cooker for about 6 hours.

Today, I combined them all in the pan after frying up the broccoli and mushrooms in olive oil, garlic and paprika…and that includes the leftover half price cocktail sausages.

I’m not joking, or lying, in any way shape or form…but his is one of the tastiest meals I’ve ever had.
Either that, or may want to lay off the gin a wee bit. 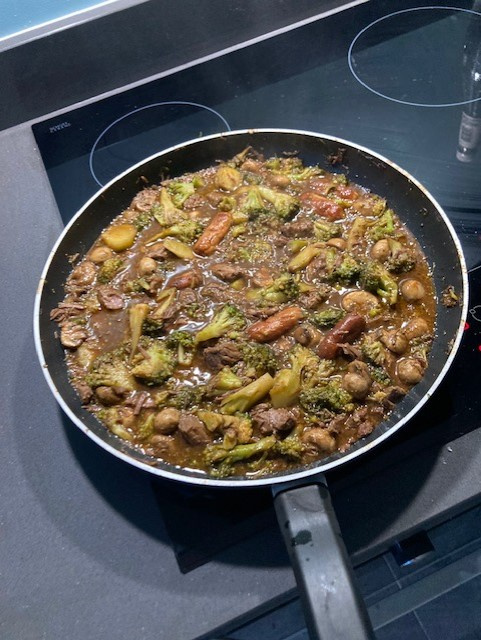 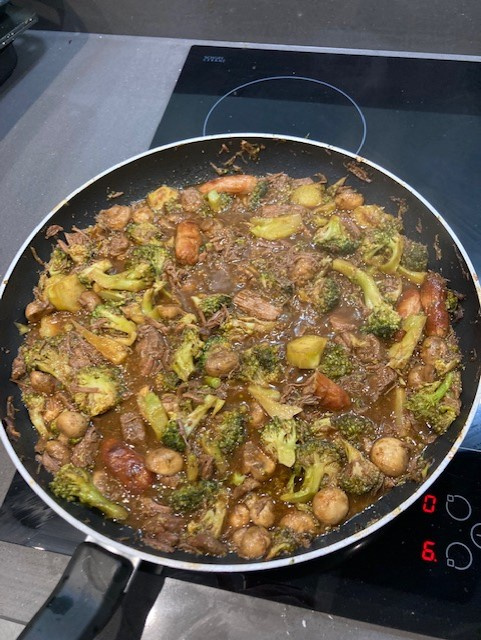 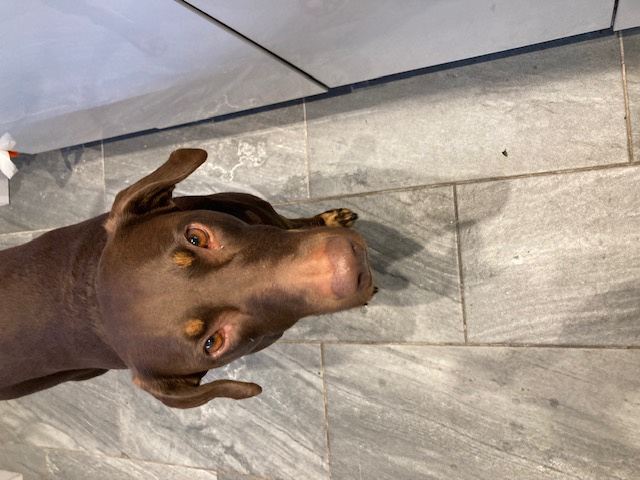 And I have to deal with ‘Ms Hungry Eyes’, otherwise I would use more garlic and onion. 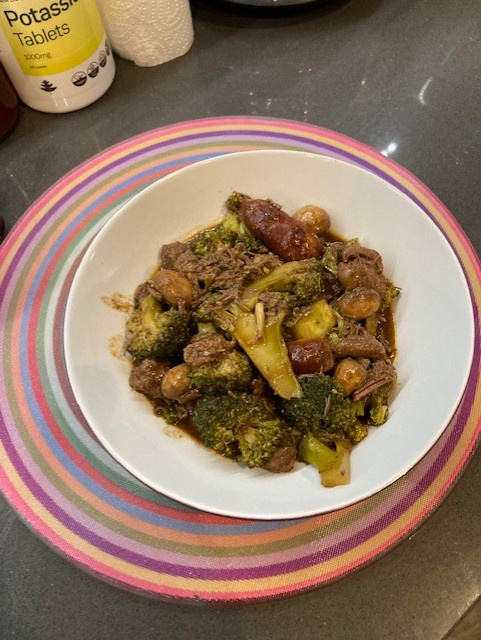 By the way…this is at least 2, maybe 3 main meals.

It’s isn’t like I’m skint or anything like that, people; and I have great sympathy for any of those struggling right now…for I come from a very basic yet loving background.

I am not flush at all. And I think we all to make savings as this crazy world craps itself.

The Keto way of nutrition, has absolutely turned my life around for the better.
We all need to support ourselves going forward…with info, ideas, and just general support.

If you don’t eat during that time, there are chances.
Honestly, IDK but hunger and appetite is the biggest factor in my life

Even my black coffee tastes zillion times better if I fancy it and not just drink it out of habit and procastination… And I had some very memorable joy regarding my tap water after/during walks…
I remember some (carby) food I liked later better and I have read about such things too… But my keto food doesn’t change too much in my eyes (or in my mouth? :D).

It’s late and my brain has issues and I am not sure I understand but I talk about what I will do to keep my food costs down. I thought about that lately.
I eat more meat. And keep my off eating (i.e. plants) at the minimum.
My pork is already cheaper than my eggs and there is a prediction for the latter shooting up…
Turkey is even cheaper than pork and works! Normal supermarket chicken isn’t tasty and doesn’t satiate me but some chicken frames in soup might be a good idea (they cost close to nothing and it’s half meat, half “let’s make soup and make happy the cats after” bones).

I showed my ugly muffin mold for the carnivores, I don’\t want to do it here too

(Super hard to write depth and not death, it’s the second time today. I am not even in a particularly dark phase… Phase, it actually started a decade ago… Whatever, it’s spring so I am more cheerful.) 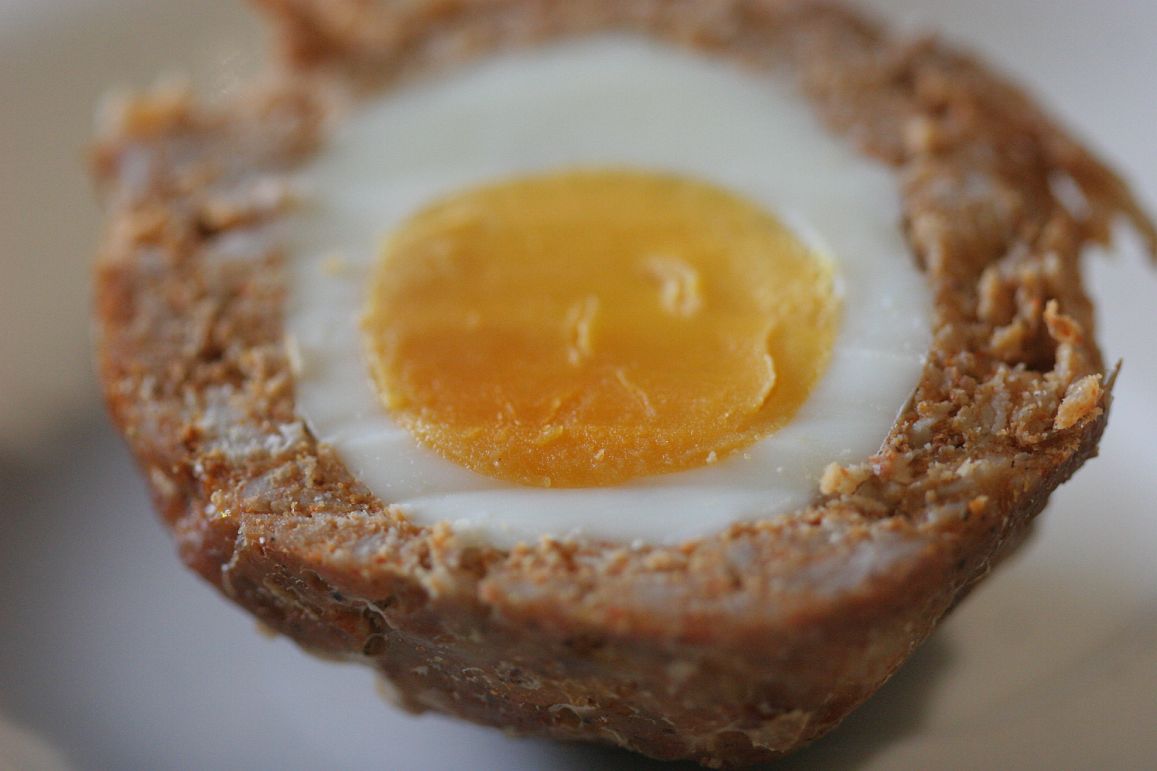 It’s always odd to me that food prices are a problem for so many people with salaries in rich countries (not great salaries just normal ones. or even minimal ones though that may be tough
without owning a house and not having kids etc.)… Maybe I miss something. OR maybe the more poor ones talk about it, yep, that makes sense. Or people are against spending more money than needed, well maybe here, normal people surely and truly waste money in shops, really poor ones too…

I have some interesting times now as my SO decided he doesn’t want to spend more than his salary this month and we had almost no money for the last 2 weeks or something? And I had no proper meat. Even he knew it’s not realistic but he stuck to it as much as possible (except buying many eggs as usual). It’s fun for a while. We have tons of food. But he doesn’t buy vegetables to eat raw now. It’s significant, vegs (the ones we eat raw, now. they are not in season at all) are very expensive while doesn’t help with our nutrition much. Well, not with mine for sure.

It’s not just financial. I make my own things since ages, not all, my mustard isn’t good and I can’t make smoked sausages… But I never tried keto bread not made my me and never will. I wouldn’t like it nearly as much as my own things anyway, I am moderately sure about it.

Personally, I’d be fine without the rolls (just knife 'n forking my way through the other sumptuous ingredients)… but those rolls look to be an intriguing creation, having just read up on the ingredients and nutritional info on their website.

Worth the effort to recreate a roll-like experience vs. just eating the innards?

You know, each time you are gonna need to out-do yourself with that title. If you’re taking requests, anything related to Star Trek or Lord of the Rings would be awesome.

I tried the sliced bread before, from the same company.

I wanted to toast the bread and and melt cheese on it.
It didn’t really work out. (I think Keto is about changing habits anyway).
The slices were too ‘plastic’ or ‘rubbery’.

But! These rolls are good!
I really enjoyed them, with added ingredients obviously.
Just too expensive for me right now. That’s all.
They are good. 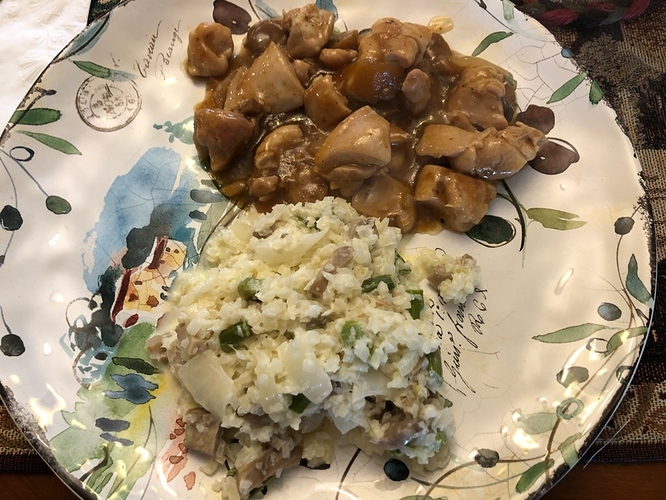 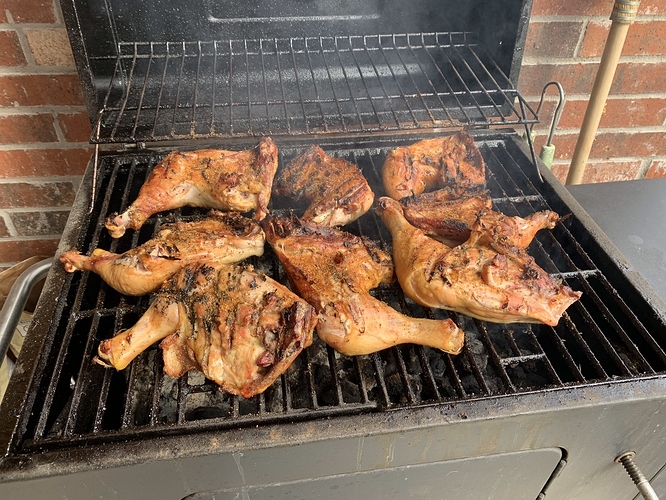 Pup waiting patiently under the table for her share. 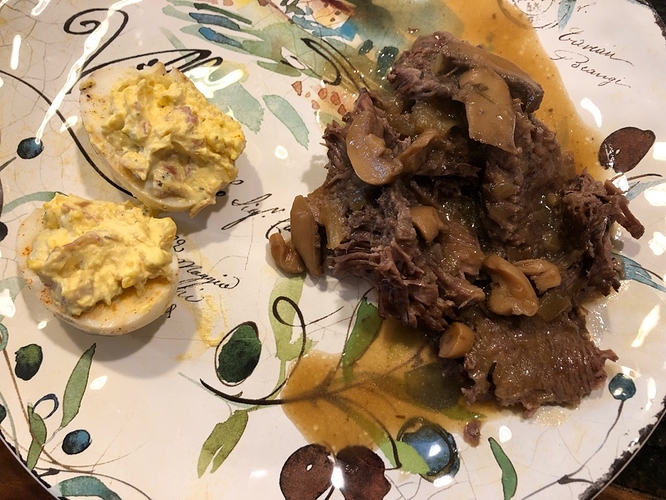 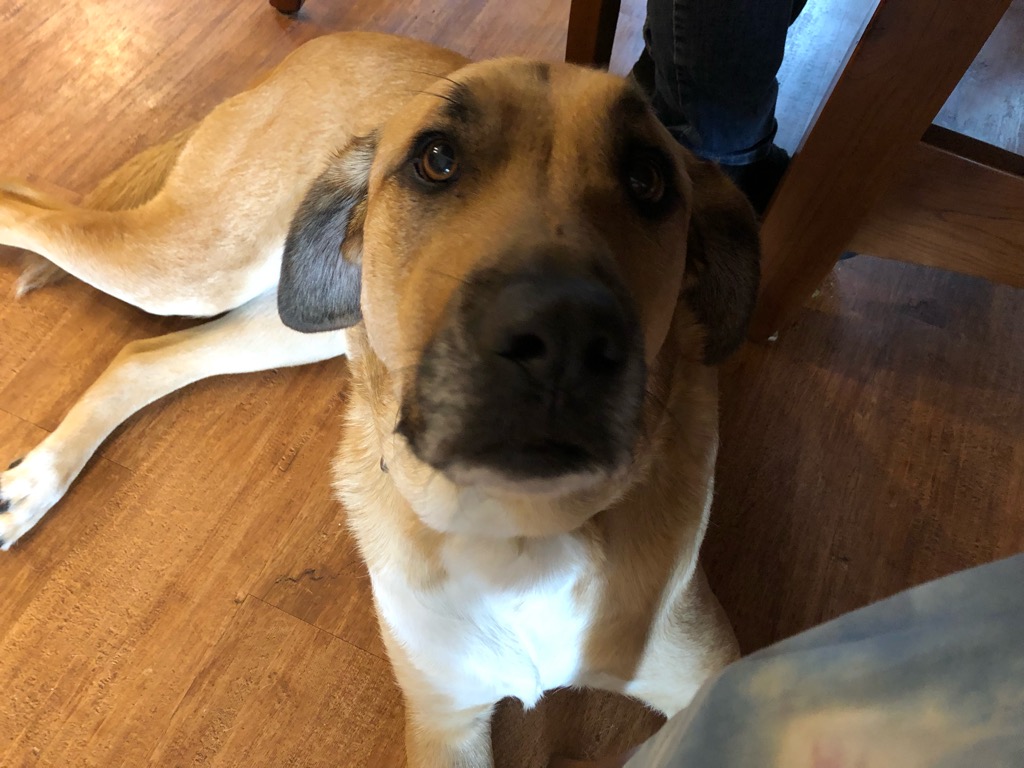 I just eat leftovers but my scotch eggs are fun now 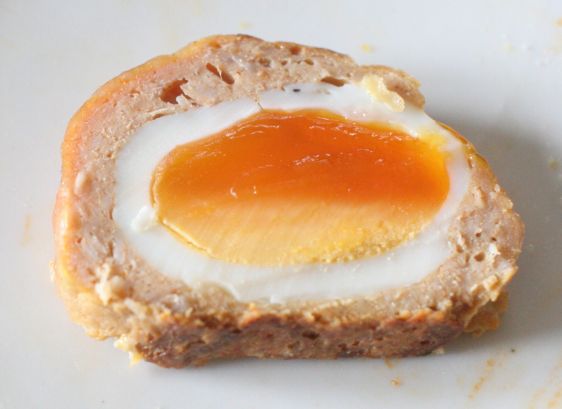 My cats ignore mealtimes - no interest in human food at all. Pup LIVES for mealtimes LOL

My cats love all carnivore items (in the beginning they all even ate the worm medicine in eggs… good old days) and they are assertive. But we are that too and stronger

And they get certain bits anyway. In their own bowls, not at the table ever but they still don’t understand… Well, they are cats

IP can be interpreted many ways…

Bu this is the best way. x

That is a beautiful pup!