the body tries to keep osmotic homeostasis–H2O pairs with sodium and glucose (even proteins and fats are made into glucose through gluconeogenesis for the brain) and in a fast your sodium+macro nutrient intake obviously goes down, so body gets rid of water via diarrhea. here’s the wikipedia page for recommended oral rehydration therapy osmolarity formulas:

Trolly trolling are we?

You would probably be dead by day 50!

Any one stupid enough to do that especially with-out medical supervision needs to be committed to the nearest psychiatric hospital for permanent in-patient care?

metamucil is psyllium husk. You can buy this in a bag without the carbs and take a teaspoon with some water.

They say when a woman is pregnant she is eating for two.

When you’re fasting you are pooping for you, and your entire microbiome.

Just because you’ve decided to fast doesn’t mean your microscopic colonist that live in your body are going to stop.

This is an interesting article (LINK) which states that only about 43% of your body’s cell count are human. The rest of you is your microbiome and they’re not going to voluntarily stop eating, farting, and pooping.

I’ve been fasting for a long time, and I still “sort of” poop even throughout a long-term fast. I say “sort of” because it’s more like little spurts here and there. Rarely will I go days without something exiting.

I can make my “spurts” much more active and voluminous by supplementing with salts, especially sodium and magnesium. Magnesium will flush you like you’re preparing for a colonoscopy, but so will sodium if you’re not careful.

These days I take nothing. My logic is that fasting has been part of human nature for 200,000 years. Although for most of that time it wasn’t done voluntarily. Fasting is not like preparing for an unnatural event. It’s not like preparing for surgery. Your body knows how to fast. We haven’t evolved all that much over the last few thousand years. People ate when they could find or catch food, and they didn’t eat when couldn’t. Could they supplement during their fasts?

With that said, you’re an N of 1 trial, what works for me might not work for you, in other words your mileage may vary.

You can buy it in capsule form w/o any carbs also. I’ve had chronic loose stools for several years after my international travels to Brazil and China. Fucked up my gut biome big time. Keto did not fix.

I can either live on daily Immodium AD drugs or take a psyllium capsule every day. Not supposed to need fiber on keto. Heh. Tell my gut that.

Actually since the time of my original post I continued fasting for an additional 23 days totalling a 125 days and 147 lbs lighter. At one time I was just as uninformed as you are on the subject and thought fasting was unhealthy, impossible to sustain, etc… My weight when I started fasting was 380lbs. Since ending my 4 month fast I have continued periodic alternate fasting along with exercise I’m now down to 190 lbs. If you think 125 days is impossible check out Angus Barbieri. He fasted for a year. Another good resource on the topic is Dr. Jason Fung. And yes, I would agree that anyone wanting to lose an extreme amount of weight and is committed to doing a long term fast only do so under medical supervision.

Interesting, you do certainly have enough body fat to do it, did you eat any thing special like Barbieri (yeast & vitamins?) while fasting this long? 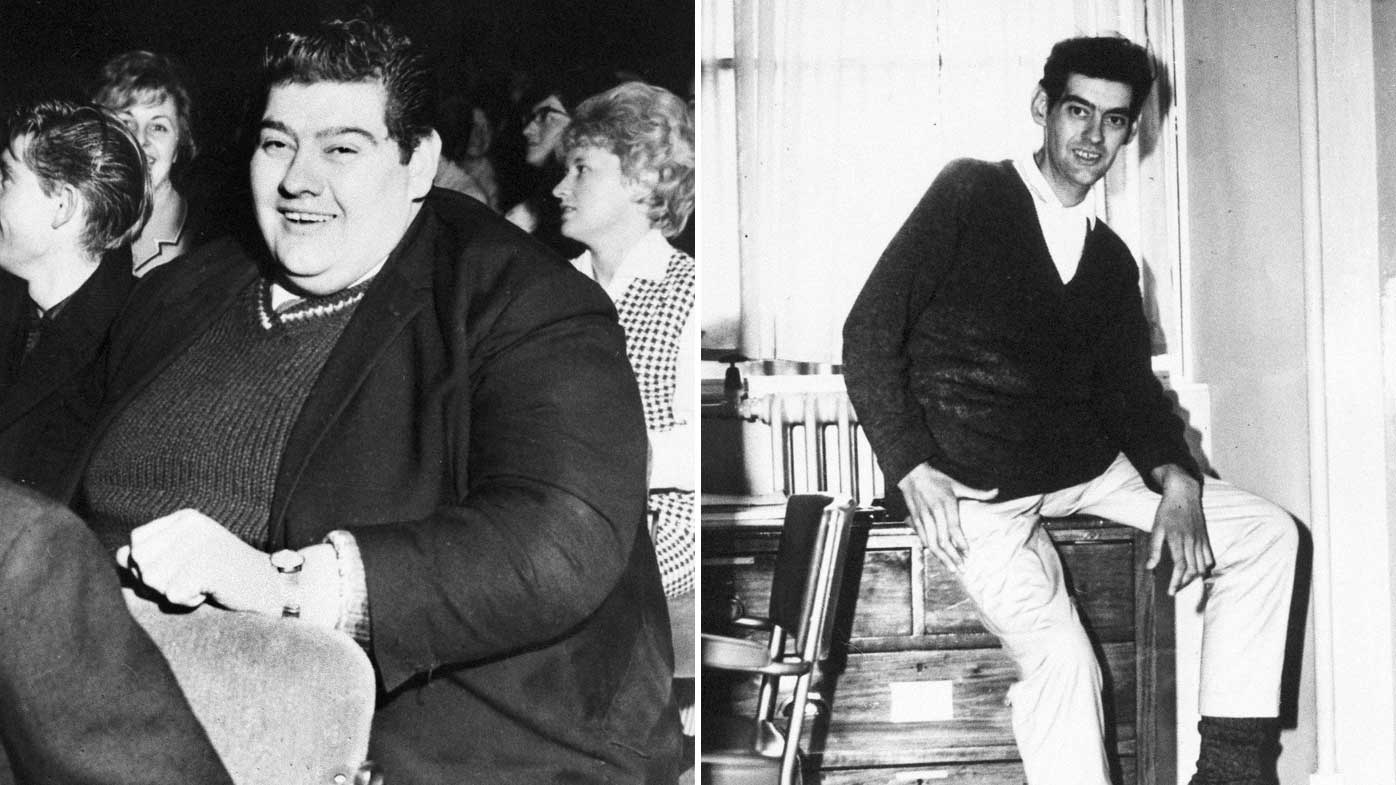 Yes. When doing fasts longer than a week I take nutritional yeast, liquid vitamins, electrolyte powder (w/ magnesium and potassium),along with sea salt and a nightly teaspoon of apple cider vinegar in water. I don’t do really long fasts anymore as I’m in a good place with my weight and health. But I still use the apple cider vinegar in water before bed and electrolyte powder after a workout.

It’s been a long time since I seen Barbieri mentioned but here is what his pants or underwear looked like: 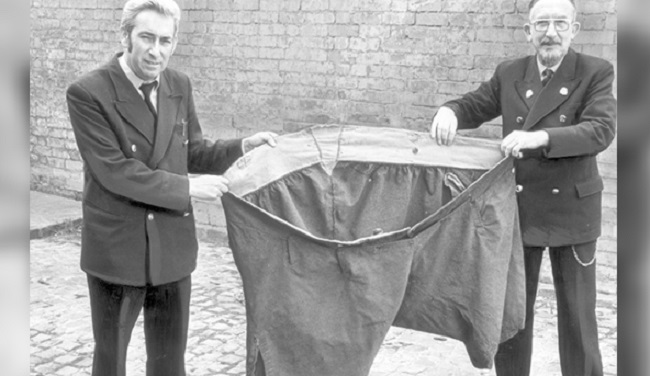 Could prolly get three men into that?

I was wearing size 58 pushing size 60. I might have been wearing those if I didn’t stop killing myself with food when I did.

@Janie
No you don’t want to take immodium on a daily basis because it contains opiates. That is what slows down the intestines. I forget where I heard this, but it is a while back - and they aaid immodium abuse can lead to opiate addiction just like those pain killers.
the Metamucil I can get over here have carbs in the capsule. It says so on the box. And somebody wanted to sell me sugar free ketchup that was sweetened with dates!!! LOL

Wow. You are superman. And I am afraid of fasting for one day!
I am doing IF for now and have lost 7 kilos in 3 months I guess I am taking it slow. Its good for me.

Why the apple cider vinegar while fasting?

I’ve been taking AC vinegar again. Stopped taking it for a long time. It does help reduce blood sugar, though.

I know, right??? But I can’t have constant diarrhea so the only option I’ve found that works is Metamucil tablets. No carbs.

Folks will argue here you don’t need fiber. I do. Until my gut biome changes and I don’t know how to heal it right now. Tried many home remedies.

@Janie
I bought a bag of psyllium husks (= metamucil without the capsule ) and take a half teaspoonful of that and wash it down with a few sips of water when I need to. It works wonders for stopping diarrhoea.The effect is like immediate. And I will keep doing so when I need to!

@Ralphie_Q Congratulations on your weight loss success. A mammoth effort, to say the least.

Hope you don’t mind me asking but did you get much in the way of excess skin from your weight loss with extended fasting?

Folks will argue here you don’t need fiber. I do. Until my gut biome changes and I don’t know how to heal it right now. Tried many home remedies.

For me, fiber is bad for me. Really bad, with no benefits. I’ve tried resistant starch, too, with no benefits, only detriments. Multiple types of probiotics, including the so-called soil variety. No benefits I could tell.

The thing that worked for me is to eat little to no fiber.

That still doesn’t work for fasting, though, as my body shuts down for fasting and does not start up again until I eat. Great if you’re traveling somewhere (I don’t have to go to the bathroom), but heck after 4.5 days or so of fasting.

However, you could try this:

I tried this for 5-6 batches of yogurt and experienced no benefit. For instance, he says this will cause you to eat less. My yogurt maker made 6 ounce jars, and I would often have two of them at a time and still want more.

Nonetheless, it might help you and if you have a yogurt maker and a bit of extra cash to buy the probiotic, it’s not hard to make.

Janie, Whoever says they don’t need fiber in their diet, more power to them.

All I have to say is I do. I eat lots of plant fiber, because I eat lots of vegetables while maintaining a fairly high level of Ketosis. I or my microbiome absolutely needs fiber.

Kale, different kinds of lettuce, broccoli, broccoli sprouts, cauliflower, collard and turnip greens I even eat radishes, carrots, without being thrown out of ketosis. I eat almonds, pecans, walnuts, macadamia nuts, sometimes brazil nuts, and pistachios. Although I have to control myself, because I can eat a lot of kcals of nuts, if I don’t watch myself I’ll mindlessly overeat them. Then I eat a lot avocados as well. …that’s just the top of my head. All good sources of fiber. I get 25-35 grams of fiber a day.

Made my first batch and had a small bowl this morning. I can taste the flavoring they use in the chewable tablets so bought some blueberries to mask the flavor. Maybe the next batch from starter will be better.

I’ll give it a couple of batches before deciding it is helping or not.