How many here use cacao butter? Just tried some and really like it. Put it in my 2nd half cup of coffee at 3pm, making it Super BulletProof!
Don’t tell Fangs, but this stuff tastes and smells like chocolate.

I just saw it in my cupboard when putting away groceries. I totally forgot I had some left from my chocolate making experiments months ago

I haven’t tried it in coffee but after my fast I’ll definately give it a go!

This stuff is rich and smoooooth. 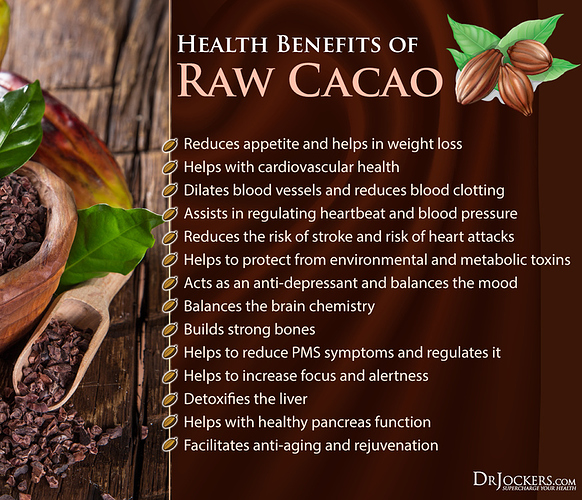 I wonder if I they are all the same or not… Because I bought this quite expensive thing once, thinking it makes my pretty good almost-chocolate even more chocolate-y but no. I don’t like its taste so much, it’s not exactly bad but it doesn’t remind me of some good chocolate at all. It just made my chocolate more expensive, not really better.
Maybe it’s my taste but most chocolate in the shop has a tiny something my own lacks (and not sugar, I am quite happy mine has none). Maybe I will try it again in the future but it’s really not important. My own almost-chocolate was usually more than good enough until I tried carnivore (now I don’t like it near as much) and I can’t really afford added fat anyway, I eat lots of fat in my protein sources already.
It’s probably great and everything and tastes good for most but it was a small disappointment for me.

I bet they’re NOT all the same. Probably many cheap knockoffs. Mine seem to have all the key word - “Raw CACAO BUTTER 100% Pure Unrefined Organic FOOD GRADE Chocolate Cocoa Bean”
$22 shipped for 2 lbs.
It’s not a strong chocolate taste, but mild and you definitely smell the chocolate/cacao while sniffing it. Kerrygold butter was my go-to and good stuff…but now this will be.
‘can’t afford the fat’ ? Course it’s 100% fat, no carbs or other.

Just had 2 buds in my morning coffee yesterday and quite liked it. My new bottle of MCT actually tsstes like coconut, which I dont like. But the mild chocolate flavour of the cacao is quite nice. Still sticking with my heavy cream in coffee tho… I mean, as well

I’m thinking of using it to replace cream in my coffee…
I hate black coffee will it work?

I’ve been learning about this via another post related to the fabulous stearic acid levels in Theobroma Cacoa/CB and its fat-burning boosts. Just got my 2 pounds of raw organic food grade cacao butter this week, and it’s been an education - because it’s not as light and sweet as I expected. It’s really potent, earthy medicine - I can only handle 1tbsp in my coffee lolol. 2 tblsp is just more of that dark chocolate bitterness which I personally have never been into, though I know it’s healthy … I love a titch more natural sweetness.

So I went and learned that cocoa butter can range in taste depending on the degree of refinement/roasting. Totally raw cocoa butter (cacao) has a strong dark chocolate smell and a taste verging on bitter, similar to how chocolate tastes the darker it goes. Whereas the cocoa butter chips I’d previously gotten from my co-op - not to be confused with the really not real “white chocolate” baking chips, whose first ingredient is sugar etc - had hardly any smell and a mild, creamier, very delicious milk-chocolatey sort of taste that was divine in my coffee and had a different effect on my brain due to the lack of bitterness on the palate.

Turns out there is the question of deodorization/steam-tempering of the cacao, and that’s the difference between cacao butter and cocoa butter, there is a significant difference even though they have the same initials of CB.

Cocoa is a bit sweeter than cacao due to the higher processing temperature! However, though certain nutrients are indeed lost, there are still significant anti-oxidants, and the acids like PEA and anandamide - judging by how good my previous cocoa butter + MCTs in my fatty coffee were for my brain. I’d describe it as ecstatic actually. Maybe I have to have my palate change in order for raw cacao to be ecstatic - or maybe the raw cacao isn’t meant to be combined with the ultra-processed MCT oil

Next time I’ll try it w/o MCTs and with grassfed butter or SWEET ghee instead… and see how that goes sorcery-wise. There is value in eating more bitter things for sure - I just want to re-create the divine CB fatty coffee I was having until my previous co-op CB wafers ran out. 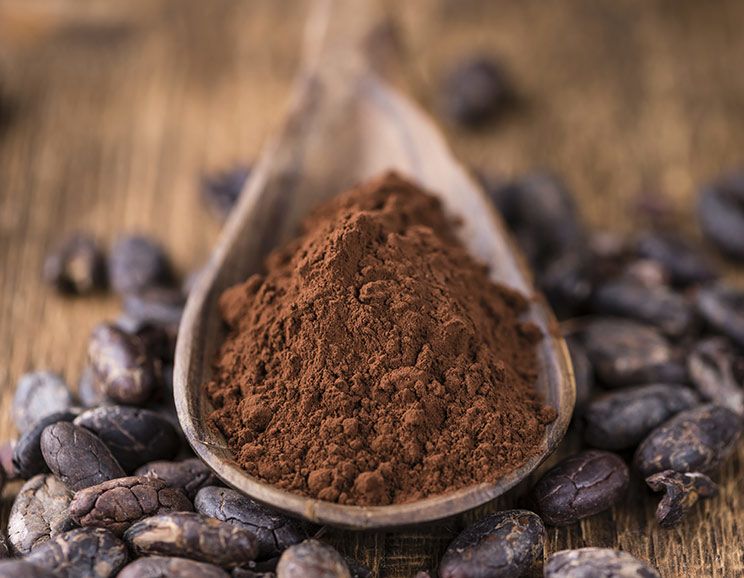 Cacao VS Cocoa: Are You Eating Real Chocolate?

There's a major difference between the two and it has a big impact on your health.

Once this batch runs out, I’ll probably be ordering an organic cacao butter that is deodorized, meaning that it’s not the first pressing of the butter, it’s been steamed to remove some of the volatile chemicals and give it a lighter taste akin to white chocolate - which is what I was aiming for when I ordered the strong raw stuff mistakenly.

Then I learned that Anthony’s actually does have cocoa butter, not just nibs, and they’re organic refined, which is what I’ll order in a few months once I’m done with current batch. I’d say that the organic refined is probably a good place for some beginners to start in order to adapt to the fiercely raw cacao. Otherwise, you can go the route of blending it straight with some with chilli powder, or some raw honey mixed into the partially cooled concoction, which is, from what I understand, the traditional way! 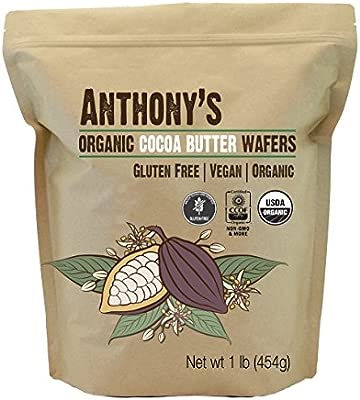 I bought the cacao buttons because that is all I could find, then in another shop found the raw cacao - looks like shattered rock. The raw does have a much stronger choc flavour and a nicer mouth feel that the processed button. I’m using the buttons to melt in coffee and the raw to melt in my mouth when/if I feel the need for more fat.

Huh! Yes, the buttons melt nicely and creamily! Hmm, and I’ll have to try taking it straight and melting it my mouth. Thanks Paulene!

I didn’t like the taste or mouth feel of the button, plus they are a bit too big. But a chip of the raw stuff is almost sweet, silky and chocolatey, and I only need a piece a size of my fingernail to feel like I’ve has a ‘treat’.

Brilliant post! Thanks for taking the time to document all this for the rest of us.

I found found some cocoa butter at my food coop on Thursday, but they wanted $30/lb. Given that I spend about $20/week on food these days, I was a little reluctant to drop $30 on something I know so little about. I’m glad I waited.

The Anthony’s looks like a pretty good option if I do decide to buy some one of these days.

Agreed. This stuff is expensive. Unless someone can find a ‘reasonably(?)’ priced source, this stuff better be a super butter to justify the cost. You could buy some very nice beef for a lot less than $20 per pound! If I’m not mistaken, there’s lots of stearic acid in the beef and that’s the desired ingredient. Of does it contain other stuff in addition to the stearic acid that makes it special?

I’m getting FOMO reading this thread. Whereas I was quite comfortable reading @ctviggen Bob’s experiment.

I bought some cocoa butter in the little ‘buttons’ after reading the fire in a bottle thread and it arrived yesterday. I had 4 total buttons in 2 cups of coffee this morning. It tasted faintly chocolatey and I liked it. I whipped it with one of those little hand frothers once it melted to keep it from floating on top. IMO it wouldn’t take the place of cream, but I like black coffee just fine. You could use both.

What I noticed (which may be a coincidence) is I had more energy today than I normally have. I’ll try some more tomorrow and see what happens.

This is what I bought. It was $13 for a half pound. I think of it more as a supplement than food. I will still eat beef for sure. 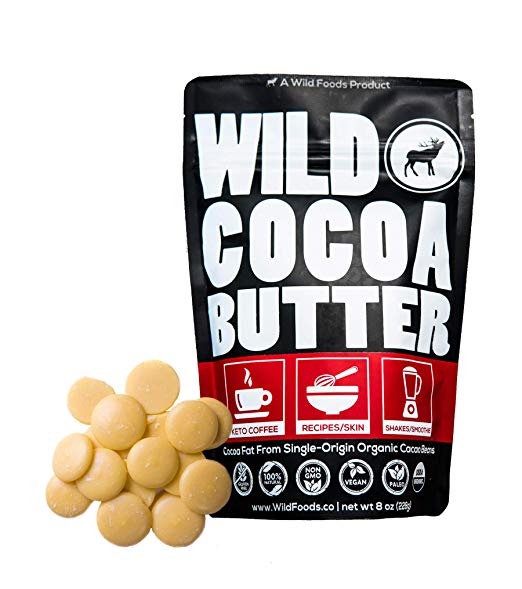 I’m buying Organic Traditions Organic Cacao Butter. Claims there is no processing other than low heat to separate the fat from the rest of the bean. It tastes mildly like chocolate and has a very slight ‘sweet’ hint. You would never mistake this for chocolate! It’s fat and tastes like fat, but you can suck on it and chew it without the usual ‘fat taste’. So far, I’ve used it to substitute for the MCT oil in my creamy bone broth. Otherwise, either before or after meals I just eat a piece or two. A couple times this week I used it as part of my ‘work meal’ at Walmart.

I haven’t used it in my coffee yet. But I’m going to use it in a recipe for a mocha version.

A social disease of young people, the main reason you can’t get the phone out of their hand and the reason they almost feel physical pain if they lose internet connection or the mobile service crashes (or even if it’s slow).

Fear of Missing Out.

“You Only Live Now In A Memory!”