ZC What did you eat today?

Bacon & Espresso with Almond Milk (yum!)
Lunch was Tuna with a little mayo, pickles, more bacon on a leaf of romaine
Dinner is a little Leftover Roast beef.

Side note… I have had the lap band for the past 8 years and can not eat normal size meals so I spread it out through out the day! Wish I would of found Keto earlier!! 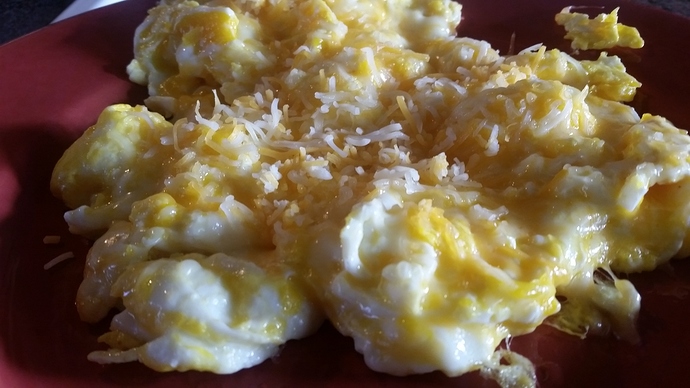 Parmesian Crusted Pork Chops. I baked these at 350F for 20 min, broiled for 5 and they were moist chops! I had a bite of my Hubby’s that was coated in mustard and garlic before the cheese and the flavor was over the top. I will have a whole chop with mustard and garlic after ZC March. 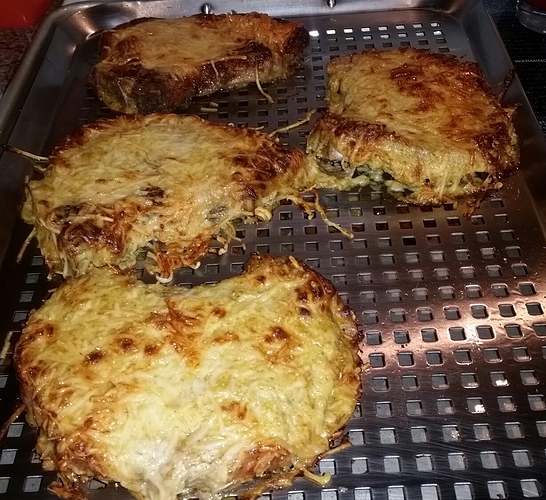 Not “officially” ZC, but I always aim to be low.

Today so far: fasting (plain water only) till around 1pm, then frankfurters, fried in coconut oil and butter, plus extra butter on the plate. With 2 eggs sunny side up. Small slice of gouda (for the vitamin K2 mostly). Hoping to make that do for today (other than black coffee & water). Am trying to do a restricted feeding window = ~IF, but I’m being stricter than I usually am in the fasting period, i.e. outside my feeding window of midday-8pm - only plain water in the fasting period.

(Some brands of frankfurter are higher in carb than others, but these supermarket own-brand ones are really low in carbs (1g per 100g)). 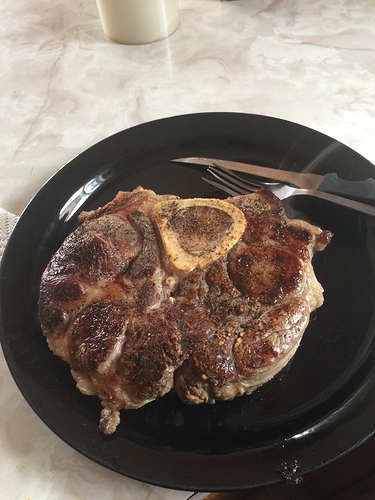 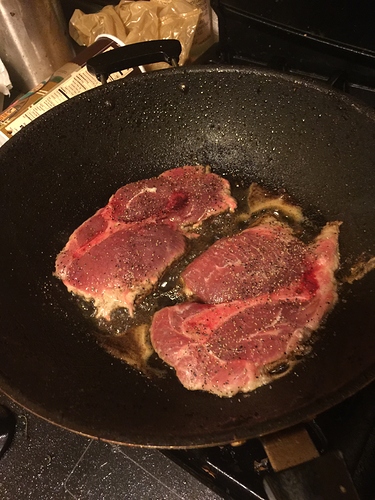 Brisket in the car or perhaps Car Brisket! My local market sells big junks of meat at lunch, and the staff deliver when I ask for about a pound with the largest fat cap/strip/section. This was nearly 50% fat and I couldn’t finish it. I’m greatful for this WOE because I can return to work without needing a nap following a big lunch 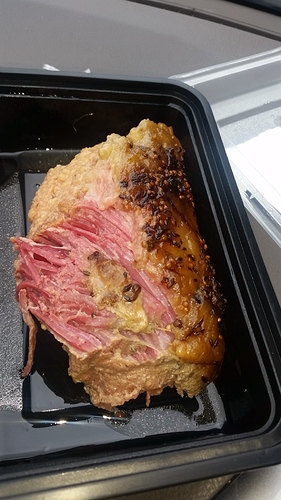 Don’t worry, ZC means zero plant foods, not absolutely zero carbs. So the carbs in stuff like cheese and eggs are totally allowed.

No. Just eat animal products. Most eat dairy and eggs, but a lot of dairy has carbage. Typically it’s primarily meat. Basically, anything with very minimal carbs. Full fat dairy is acceptable but it must be very limited. I eat all meat with HWC minimally, and (rarely) very fatty cheese like brie when ZC. I will also use ghee versus butter. Basically: eat meat to satiety, drink water, generally. However, many adaptations on a theme, and all that.

Today I managed to find some liversausage (liverwurst), something I love, but is hard to find where I live.

It was already opened, and I bought all they had left (about 700g). I would have bought a whole one, but they didn’t have any others in.

I just cut it into thickish slices and ate it with a fork. (In the past, I’ve eaten it with slices of cheese, but I’m going easy on dairy for now, and I was enjoying it on its own).

It was surprisingly filling. I think I had about 300g, but it might have been a bit more. It has stuff like sugar and wheat flour in it, but it can’t be much as it’s only 1g/100g carbs. Not too much protein and a good amount of fat.

In addition, I had 2 boiled eggs (at different times) each with a bit of butter. That little lot has been as satisfying as just about anything I’ve eaten in the last few weeks, somewhat to my surprise.

2x sirloin tip steaks and possibly a third if hungry, though I don’t seem to be. Rendered the fat that came with them to make tallow - surprisingly more than I thought.

More liversausage, together with Gouda cheese.

Later, far more beef rib than intended (with some butter). (Was only planning to eat a little, saving the rest cold for tomorrow, but it was too tempting). Almost certainly over-did my protein limit, so tomorrow’s scale news will probably not be good. No “visible” carbs that I can think of though. 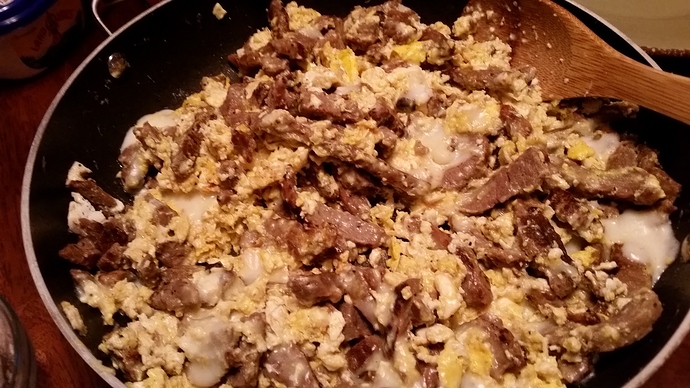 I recently rediscovered Braunschweiger, which I used to eat often as a kid. I just don’t do the toast and honey with it anymore. Tastes great!

Almost certainly over-did my protein limit, so tomorrow’s scale news will probably not be good

Phew…got away with it this time…same weight as day before. Not “bad news” can be good news.

More (cold) beef rib today and the rest of the liversausage.

Also was pleasantly surprised to find my wife spontaneously tucking into the beef…she’s not normally a big meat eater. I’m trying to gently guide her towards low-carbs, or at least lower carbs. It’s a slow process, but this was a step in the right direction.

Phew…got away with it this time…same weight as day before. Not “bad news” can be good news.

Had a bit too much beef yesterday (so I thought), but: got away with it again! - actually down 0.6 lb.
Not greatly significant in itself, I know, but good news, as I’ve been bouncing around +/- a couple of pounds for over a week, and I think this may have been the lowest weight so far…“hovering” (ha ha!) just over the 200lb mark. If (when!) I get convincingly below the 200 lb mark for a week, I’ll take another “milestone” photo. (Don’t really like doing this, but I figure that if I’m going through all this, I might as well have some sort of record, in addition to my notebook). Still a long way to go though…

Finished the beef rib today, and had a plaice fillet (20% off every Friday at our local Waitrose!).
With the skin…of course. Who doesn’t like the skin? Well, my wife for one, so I get hers as well…

Tempted to get Greek Yogurt and creme fraiche tomorrow and binge out, but I fear that way lies madness. Dairy seems to be my downfall (one of them). 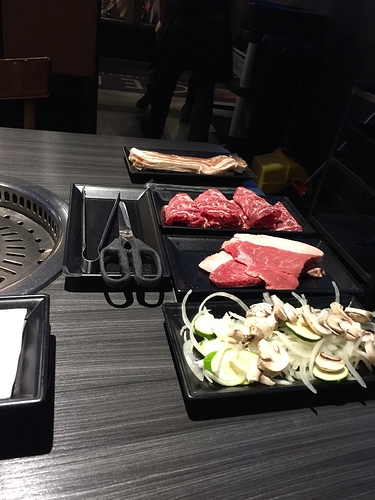 I ate the one on the left last night 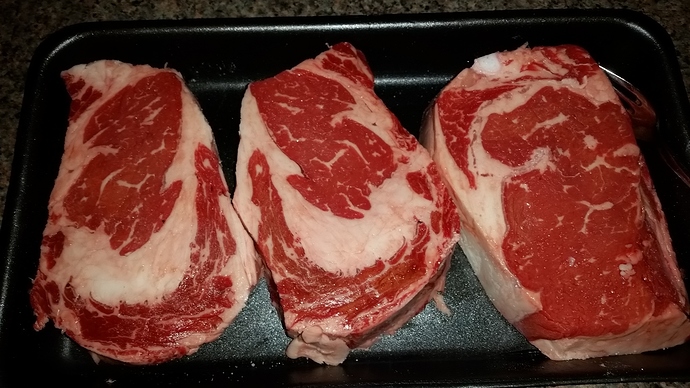 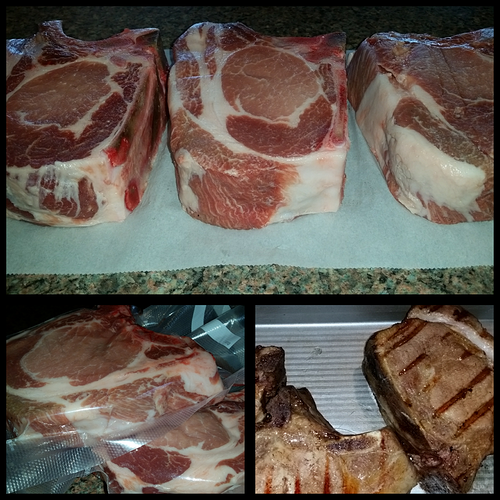 [image] My shots of the finished chops were blurry, the before/after photo collage will have to do. These were delicious and we’ll sous vide pork chops again

I followed The Food Lab’s process with 3 hours at 140°F and then a good sizzle on a hot grill. It was perfect for my Hubby, but too rare for me. I will try 143-144°F next round because 150°F sounds overdone. http://www.seriouseats.com/2016/04/food-lab-complete-guide-to-sous-vide-pork-chops.html

1lb liver with 8oz mackerel and 6 eggs cooked in butter

Beautiful chops! I like pork pink towards rare provided I know the source. 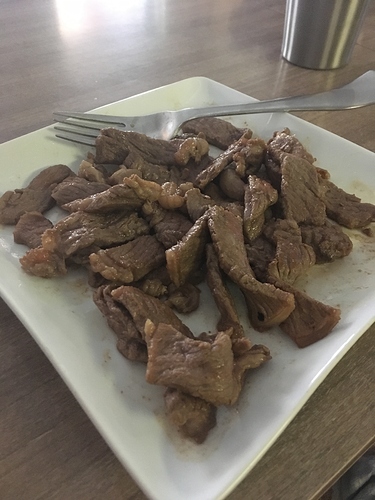 Steak sliced thin and sautéed. Salt for seasoning only.