I really love my Kramer knife, although it is the Zwilling version…

How could a person ever pick a favorite? I’ve been mulling this one over and just can’t. So many possibilities. So many options.

Love the food processor… until it comes time to have to wash it, and then it becomes one of my least favorite. Yeah, I know, “dishwasher”. But what if I need it for more than one thing before the dishwasher takes 57 years to get through a wash cycle?

Quite fond of some old beat up plastic mixing bowls that get used way more than one might imagine, often one for dry ingredients, one for wet. Most people would have probably thrown them away years ago but they’re like an old blanket that’s practically thread bare but still a favorite. I think they belonged to my wife’s late mother.

I drool a little when I see pictures like Sophie’s Kitchenaid mixer. I think we’ve bought a number of them… as gifts for other people. Somehow, they never seem to return the favor. LOL!! We’ve avoided getting one because of such limited counter space. There is a kitchen remodel in the “I have a dream” category of things we’d like to do to this place someday.

I had a favorite bread knife… until I went keto and quit making bread. (sigh) Now it lives in the silverware drawer, eying me, longing to come out and play.

Bought a piping tool set when we went to visit my step-son in Arizona a few years ago. He wanted something for under $10, I think. I found one for maybe 15 and said I'd buy it, and if he didn't like it, I'd take it home with me 'cause I wouldn't mind having one. He tried it out and liked it. I still don't have one. LOL!! Spent an hour just this morning looking at videos online of how to do some cool stuff with just a ziplock bag. We always have those. (I can hear the comments, "cheap B##@%*". LOL!)

Have been eyeing up vegetable spiralizers. My knife skills are just not up to that kind of stuff.

I’m with you Brian, on the difficulty of choosing just one kitchen item. I have many favorites and my most recent is the Sous Vide for sure! Out of the last 5 meals I think I’ve used it for 3 of them.

You nailed it on the food processor for sure! LOL And the KitchenAid is an investment but well worth it. I’m also short of counter space so I keep it in the closet and lug that bad boy out for special occasions. It’s good for my pecs!

Worth every penny spent. Once you have these Zoodles…you’ll understand.

Sidenote: Did you know we eliminated the penny ($0.01 coin) in Canada? Yup. Lowest coin denomination is now $0.05

Sidenote: Did you know we eliminated the penny ($0.01 coin) in Canada? Yup. Lowest coin denomination is now $0.05

I wish we’d do something similar here in the US. Just do like the track and make the dime the smallest coin.

Do you still work to the penny on electronic transactions?

Wow, Garry, that is an awesome spiralizer! I hadn’t seen that one before.

Do you still work to the penny on electronic transactions?

Did you know we eliminated the penny ($0.01 coin) in Canada?

I saw an old man stoop over and pick up a penny in the parking lot of Walmart this morning. My first thought was …“rest of the day you’ll have good luck!”.

My favorite kitchen tool is stainless steel lemon squeezer. It’s small in size & I can use it for outdoor also. 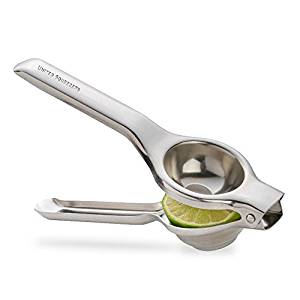 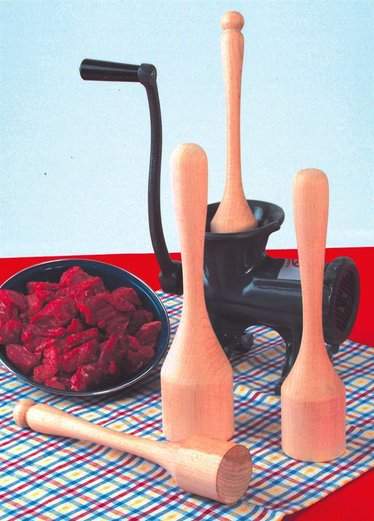 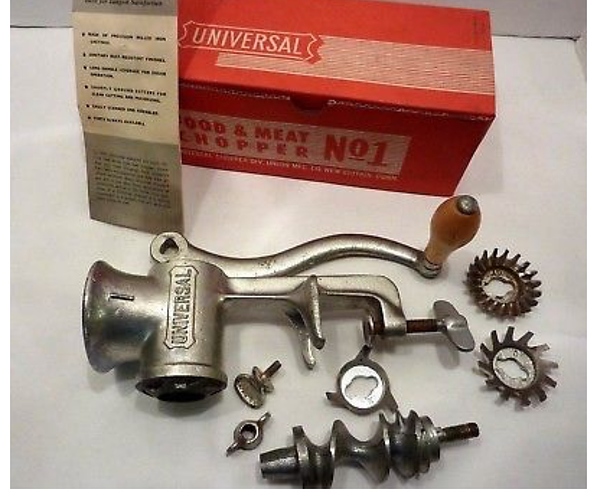 I am making a special work bench for this and cleaning the rust off this vintage manual meat grinder to make ground offal or organ meats I get from slaughter house or local farmers butcher shop (mix a little muscle meats in with that too)!

Meat grinders they make now days break or too expensive!

Going to get some more Elk bones to make bone broth this weekend! 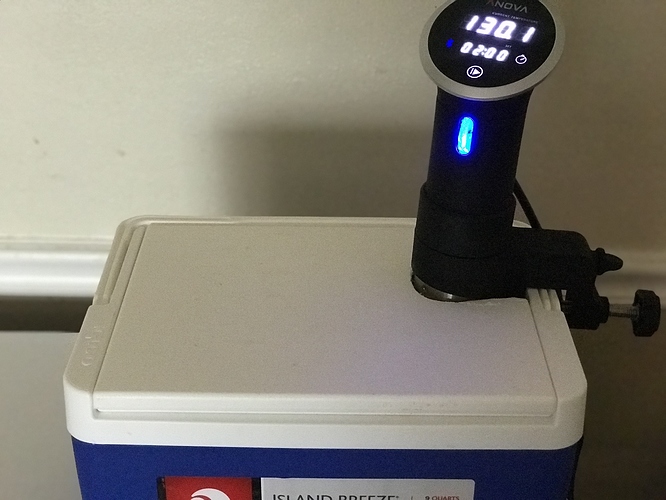 Bunny, that box is totally righteous on its own.

I know, it’s in the mail as we speak!

Oh, my gosh, my mom had one of those! She used to make minced ham and roast beef with it. I wonder where it is lol???

I adore my vintage grinder but it’s for my Kitchenaide mixer. Does a bang up job too. I always buy the fattiest chuck roasts I can get my hands on… 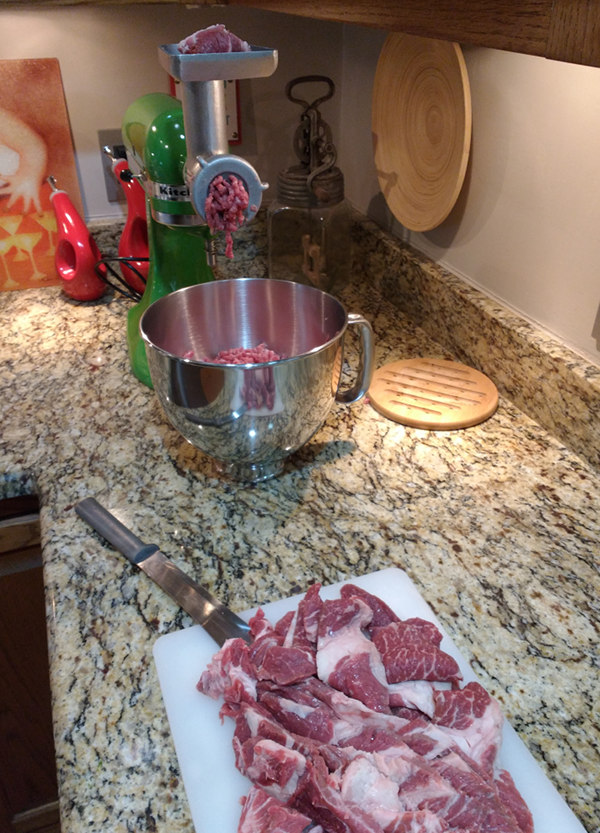 And this new little gadget is becoming invaluable!!! 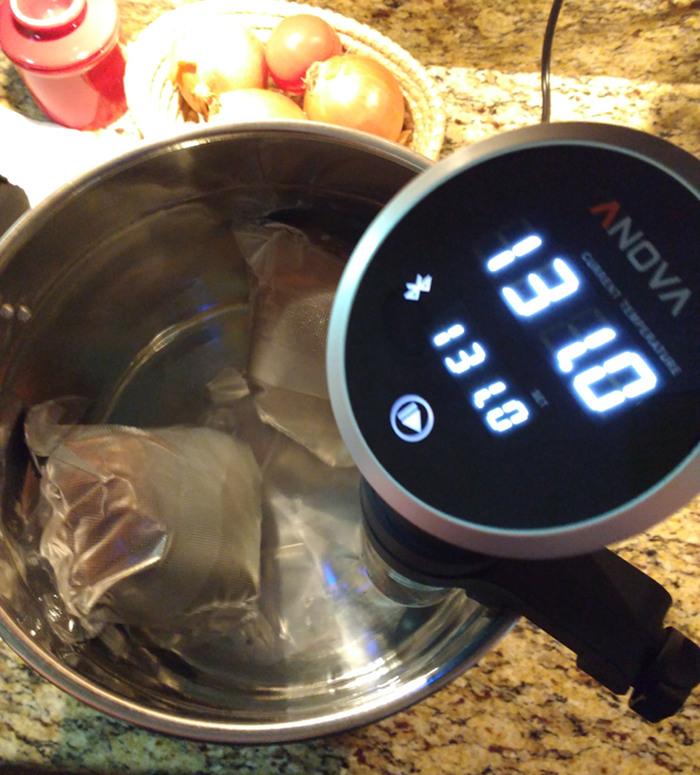 Oh, my gosh, my mom had one of those! She used to make minced ham and roast beef with it. I wonder where it is lol???

my mother had one too. Couldn’t find it when we cleaned out the house.

My scale gets the most use, though I wouldn’t say it’s my favorite.
Vitamix blender is awesome and super easy clean up.
And my FoodSaver is invaluable for buying large amounts of meat at Costco and splitting up into smaller use packages.