What did you NOT eat today?

You should be proud of you. Eating out can be so tempting, but you nailed it. Building good habits one butter brick at a time!

Awesome! I’d struggle to pass out a yorkie, did give in & have 2 small ones with xmas lunch but try to avoid as could easily eat 6+ dunked in gravy.

I legit love England’s multiple definitions of “pudding”. I think Ive learned all the differences from The Great British Baking Show.

We always had ‘yorkies’ on a Sunday. My Grandpa was Yorkshire born and bred, so we had them the way he was brought up - with gravy and pickled beetroot as a starter - rather than with the roast.
My uncle would come round at tea time and would have the left over yorkies (if Grandma knew he was coming there were sure to be extras) as a pudding, with hot milk and jam!
It makes sense, after all, pancakes and yorkies are made from exactly the same batter

You should be proud of you.

Yeah, we do it just to confuse people

do we mean pie, yorkie, suet puds or actual dessert???

Yep, the weekends I was with Dad & his Mum it was yorkies (and gravy, lots of gravy) as 1st course followed by tiny bit of meat & veg. Nan would always make a few extra though for me to snack on later.

They were relatively cheap. Fill up on those before the expensive meat.

do we mean pie, yorkie, suet puds or actual dessert??? 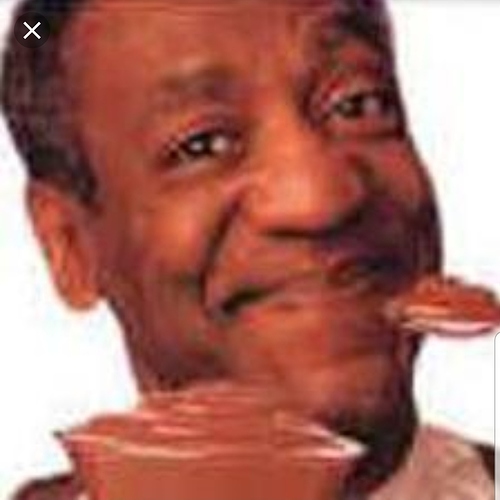 One last try: Supposed your quarantined to your room

Oh, see this is a good point. We aren’t quarantined, we live in the world and are surrounded by temptations almost on a daily basis.

Or… “It’s so nice and sunny outside I almost went on a walk”. “Or I got so thirsty and almost went to the kitchen.”

But see, we can’t choose how, when, and what we’re tempted by. We can only choose how we will respond to that temptation.

You’ll notice a lot of the stuff posted here, are things people encounter at the office.

This is the vibe I get.

That’s a good vibe. We aren’t trying to be rude, but I still don’t think you fully understand the point of this thread. Instead of scrolling through and just looking at the pictures, read the comments, and responses. It should make more sense why this thread exists.

I’ve had several occasions on this forum where someone has proclaimed they went to a dinner party, or over to a friend’s house, or celebrated someone’s birthday (You know how many people have birthdays around here? ALL of them.) and confessed they ate something they shouldn’t have and were feeling guilty about it.

This thread is an opportunity for someone to face that temptation with an alternative, and hold themselves accountable to their keto way of eating.

You don’t have to go keto to have to give up donuts.

Absolutely, but a lot people here, who are eating keto, are still tempted by donuts. This includes myself, but I will say, after eating keto for two years now, it’s easier to resist them.

Though I get that it’s looking tempting and that’s what makes it funny.

But see, for some it’s not a laughing matter. It’s as serious as being an alcoholic. For some people, it can be a matter of life or death. The temptation is that strong.

Still, it’s not really about being funny; sure some of the comments here are funny and we’re trying to make light of the situation, but it’s REALLY about encouragement.

We’re here to support each other, and that’s the whole purpose of this forum. So, I think it fits in quite nicely.

It’s just that it was just unexpected.

Being new to this, I face challenges every time I want to eat. I have to decide whether to throw out the pineapple I have around

And that’s what we’re here for. Personally I would throw out the pineapple and never eat it again. The problem with the fruit we have available today, is it’s engineered to be really sweet. Today’s fruit is basically eating sugar. In my opinion fruit is worse than a donut, because it gives you the sense that you’re eating something healthy, were as a donut it’s just universal knowledge that it’s unhealthy.

Which is a good point. If donuts are so unhealthy, and everyone knows this, why are so many made, and why do so many people eat them?

slice it to about 40 pieces, 25 grams each with 3g of carbs each because I don’t find room for more on a 20g carbs diet.

That’s why you throw out the pineapple. It’s not doing you any favors. It’s making this diet too complicated.

I have to throw out half of my kitchen and eat foods I don’t even know where to look for on the shelves.

Most of use had had to clear out the pantry and refrigerator, because we are surrounded by so many unhealthy foods.

There are a lot of threads here with people who are starting out, and have no idea what they can eat. I encourage you to search around and find some suggestions on good foods you can always eat.

If your up for it, start your own thread, and ask the community for advice. There are tons of helpful, intelligent people here that would love to help you out with this.

If you’re lazy, like me, I just made a list of what I usually eat. It might help give you some ideas. Also, that thread, What Did You Keto Today, is full of great ideas of keto friendly foods!

Yeah, don’t waist your time on this thread, if you’re still trying to figure out what you can eat.

It’s been 5 years since I last had one and I’m not even since two weeks on keto.

And I don’t expect you to post any pictures of donuts on this thread.

We’re ALL here for each other!

! ’cause I’m already out of likes again

Yeah @moebius, I’m gonna have to agree with @x-Dena-x on this. I’m as clueless about your illustrations as you apparently are on the purpose of this thread.

I think he’s CICOBOB back to troll us under a different username. Just like MRC/Marion is doing.

If your up for it, start your own thread, and ask the community for advice. There are tons of helpful, intelligent people here that would love to help you out with this.

He’s done this, twice, ignored/challenged/ argued against the replies because no one told him what he wanted to hear. The threads were merged (they had same title) and now been closed because he wouldn’t listen. Don’t let that happen here!

So, we went out to eat today after church. One of my favorite local places. Hadn’t been there since I re-started Keto in the fall of 2018. They have notoriously smashing bread rolls served with damn near every entree.
My smothered chicken entree was fine all by itself, but it comes with “the roll”, and potato side, and a salad bar. As tempting as the fresh baked rolls smell, I pushed it away and let my hubby take it home, along with the potato.
I was completely satisfied with the massive chicken/mushroom/peppers/cheese entree, and salad bar. I just loaded up on the safe items at the salad bar, and have been full since 1:30 this afternoon! YAY!

The temptation of tucking into bread or rolls, or muffins or whatever is slowly waning. I’m thrilled about it. But, being the only Keto-er in a house of 5 can be a smidge difficult some days. I’ll take any seemingly little victories I can find, and rejoice!

I’ll take any seemingly little victories I can find, and rejoice!

I’m very proud of you!

I’ll take any seemingly little victories I can find, and rejoice!

I’d say that was more like a great big victory! Rejoice away my friend, rejoice away!

I just watched this:

I really liked it, so now I want to comit to myself:

I DON’T EAT ANYTHING FROM THE OFFICE KITCHEN !

Nice! Thanks for sharing the link to this video.

Interesting though
I “Don’t” eat after 8pm. So yes that is my policy and it has been for a long time
^^
Sooo…I guess I did eventually complete the video

I do miss burek

with cold yogurt…
But then again, it is definitely not worth losing what I have now