What Did You Keto Today? The Trilogy! 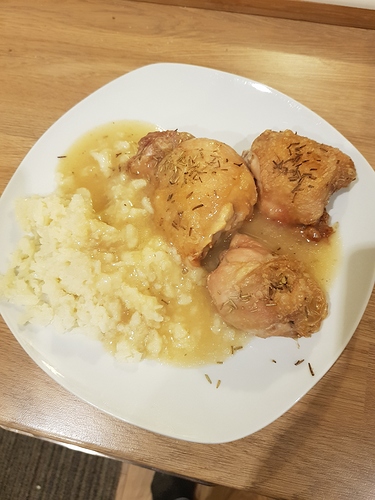 (And a sneaky piece of chocolate) 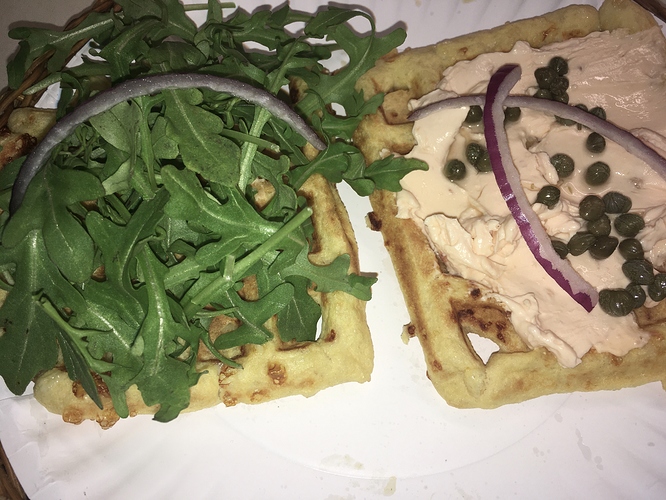 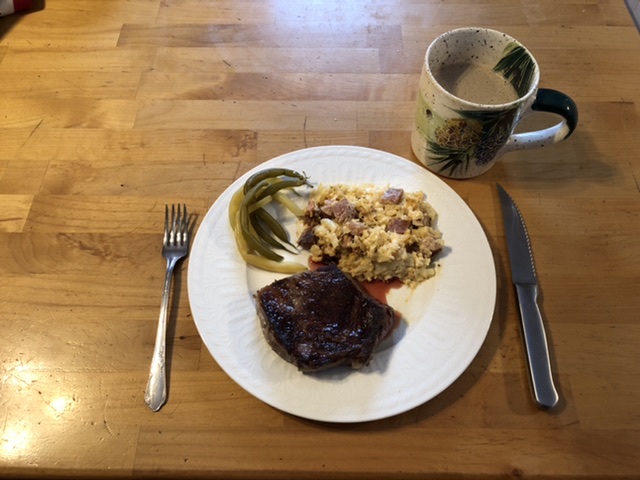 Rib eye, fermented green beans, cauliflower cheese with ham, camera-shy mushrooms and a mocha for afters… couldn’t eat it all but yummy. 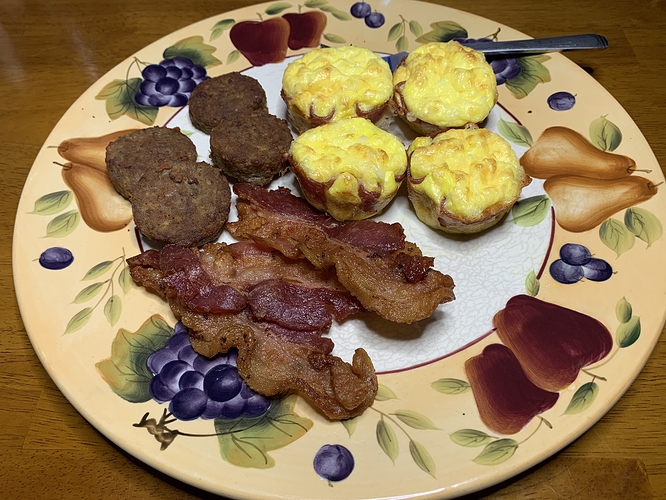 Describe the method & ingredients? Thanks!

#McLazyKeto Sausage, bacon egg and cheese from McDonald’s. I’ve been so busy for meal prep! 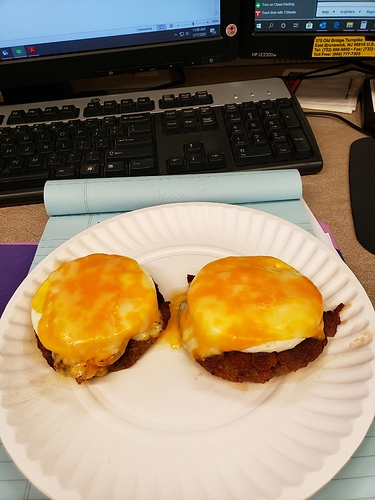 Admittedly not an attractive meal, but OMG the flaaaaaaaaaavour… 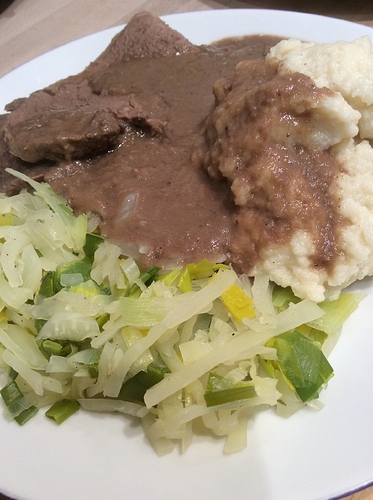 Green Frankenfluff is just as delicious as pink!

Can you share a recipe? Is this a dietdoctor recipe? If so, I can get it there.

@KetoSnaps I think you need to write up a Frankenfluff recipe topic to refer people to, inquiring minds want to know!

Finally remembered to take a pic of the oxtail stew, not pretty but pretty darn tasty and filling with all the fat & protein. 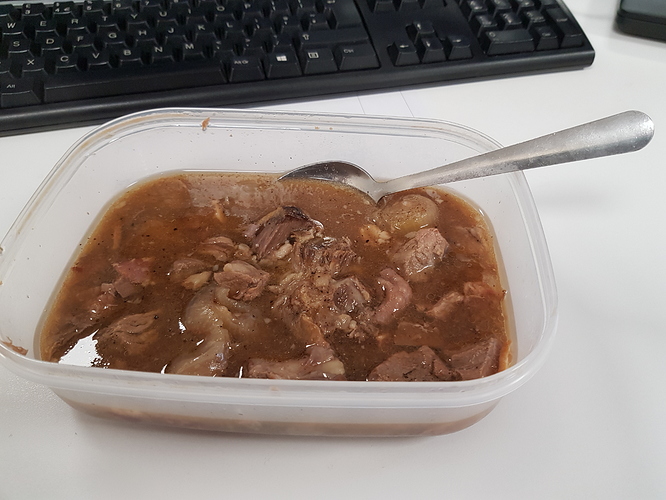 Green Frankenfluff is just as delicious as pink!

Can you share a recipe? Is this a dietdoctor recipe? If so, I can get it there.

It’s basically sugar-free jelly granules and a bunch of dairy! Here’s what I wrote further up:

Tis a pudding of my own invention - the name arose because when you whisk it it ‘grows’ like something out of a horror film!

It’s a sachet of Hartley’s sugar-free jelly (I’ve tried various flavours) made up with only 300ml boiling water, stir until dissolved.
Add two individual pots of natural yoghurt and a 250g tub of cream cheese (I’ve found you can add these all at once, while the jelly’s still hot), and whisk with an electric whisk until it’s massively foamy.

I bung it into 2 old ice cream tubs and leave it to set in the fridge.

Enjoy, @gingersmommy! Flavours I’ve tried so far are strawberry, lemon and lime, and blackcurrant. @CrackerJax has made it out of raspberry jelly granules - I haven’t tried that flavour in FF format, although I’m not keen on straight raspberry jelly (which is why I haven’t tried it!). Hartley’s make an orange flavour jelly too - but I don’t really fancy that as mousse - it would remind me of those awful synthetic orange flavoured effervescent Vitamin C ‘fizzers’ I was made to drink as a child…!

That looks sooo gooood.
(I think my eyes crave green on this thread

Oh yeah, mmmm, how could that go wrong? Think that’s what I’m making for lunch today.
How do you make your cheese sauce? (Have to admit I do miss bechemel

Hey @KetoCancerMom, what is the drink that looks like chocolate powder? 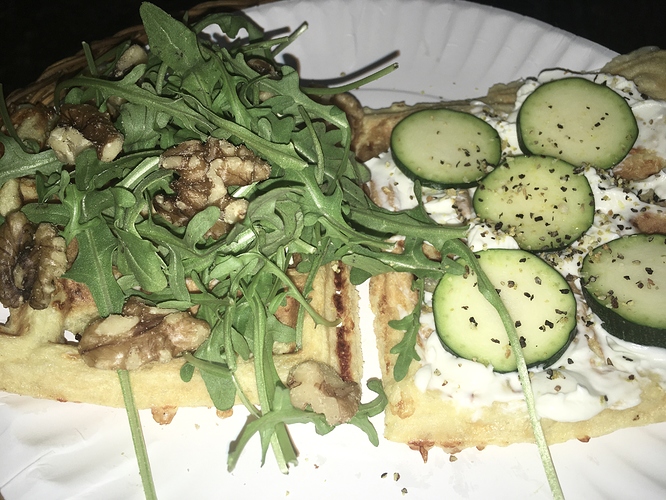 I took different photos for dinner. 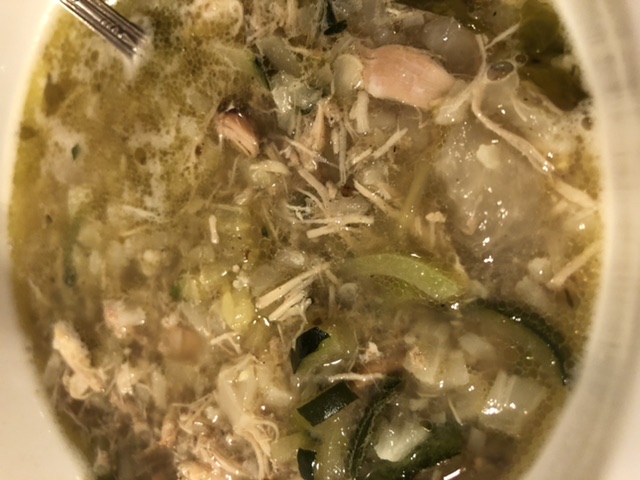 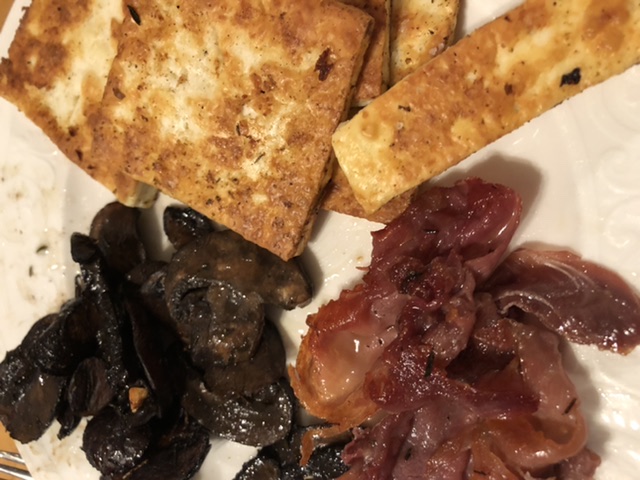 Fried paneer, mushrooms, prosciutto and the last? of the chicken veggie soup. Planning on dark choc for dessert… it may be unsweetened or it may have lots of sugar alcohols depending on my mood.

2 - 1/4 lb. Hotdogs with Cheese and Pepperoni topping, along with some Chicken. Thigh and 5 drums, plus some Pickles and Olives… 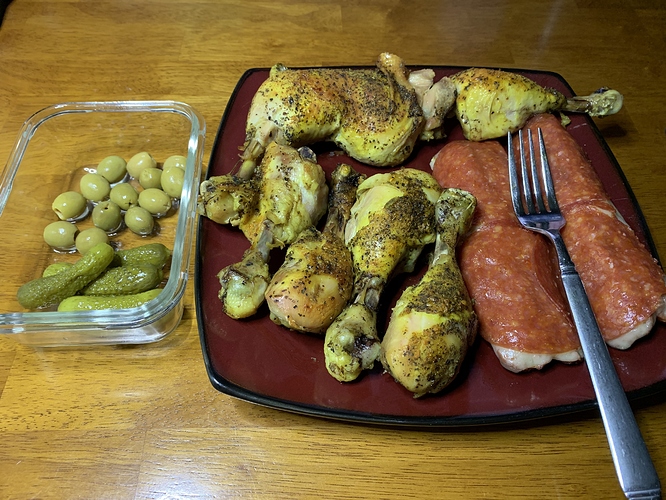