What did you Keto today? Nom Nomvember (Part IX) 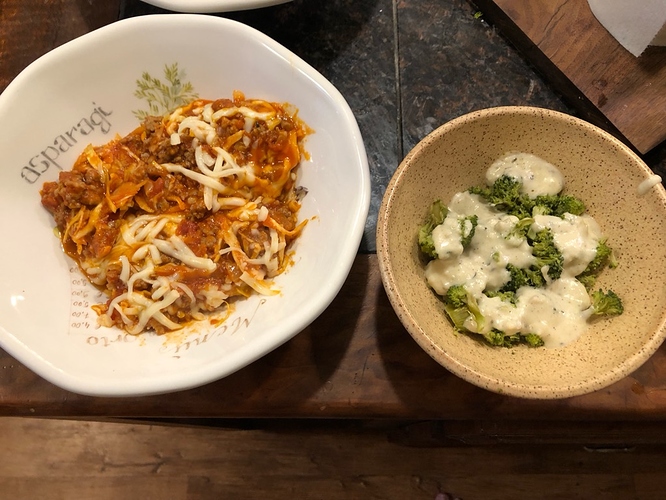 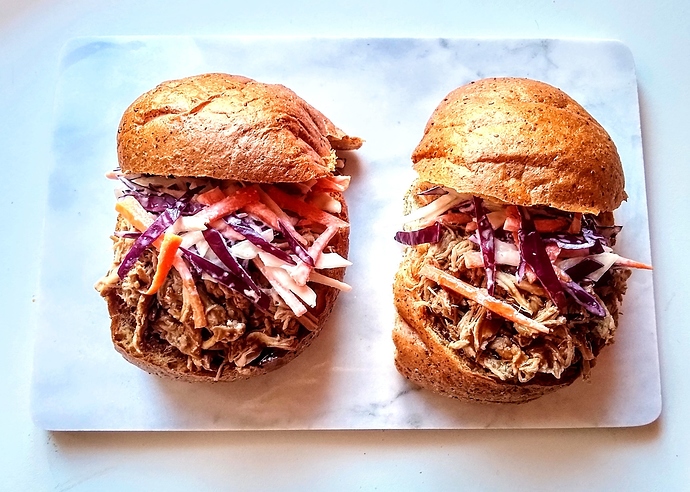 It’s leanish but has some cute fat layers on it and they became crispy this time!!! Very, very tasty. I eat the fatty part and do something with the lean one later… This cut isn’t fatty enough for me for a proper roast but I can add sausage or lard or use it for meatballs, put next to the eggs in purgatory (I don’t do proper carnivore until January, I just can’t now and I actually want OMAD and I need carbs for it at this point. not like I have many OMAD days but I am trying)… 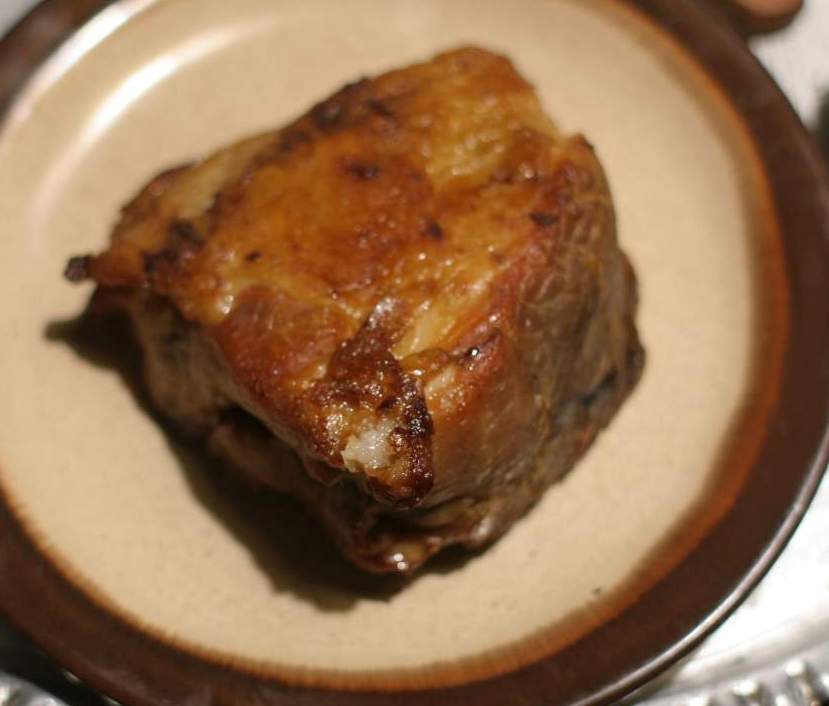 And it’s not just the looks, it’s nice food for me. 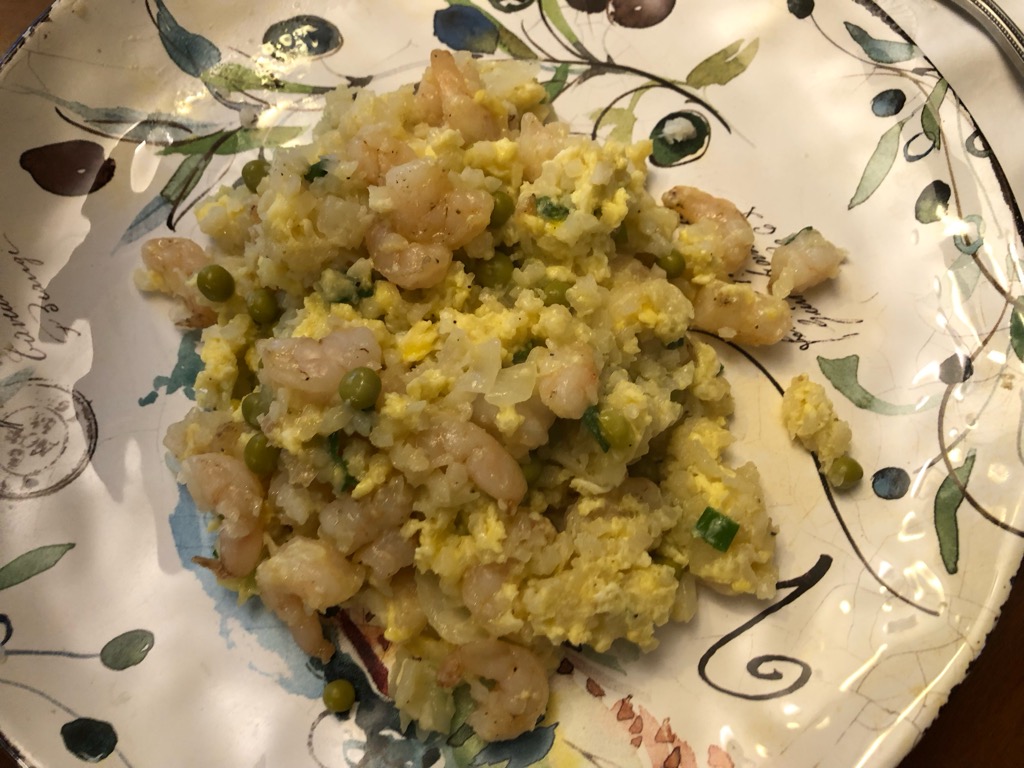 Instant Pot chicken tikka masala. Made everything from scratch, including the garam masala spice. Was amazing. 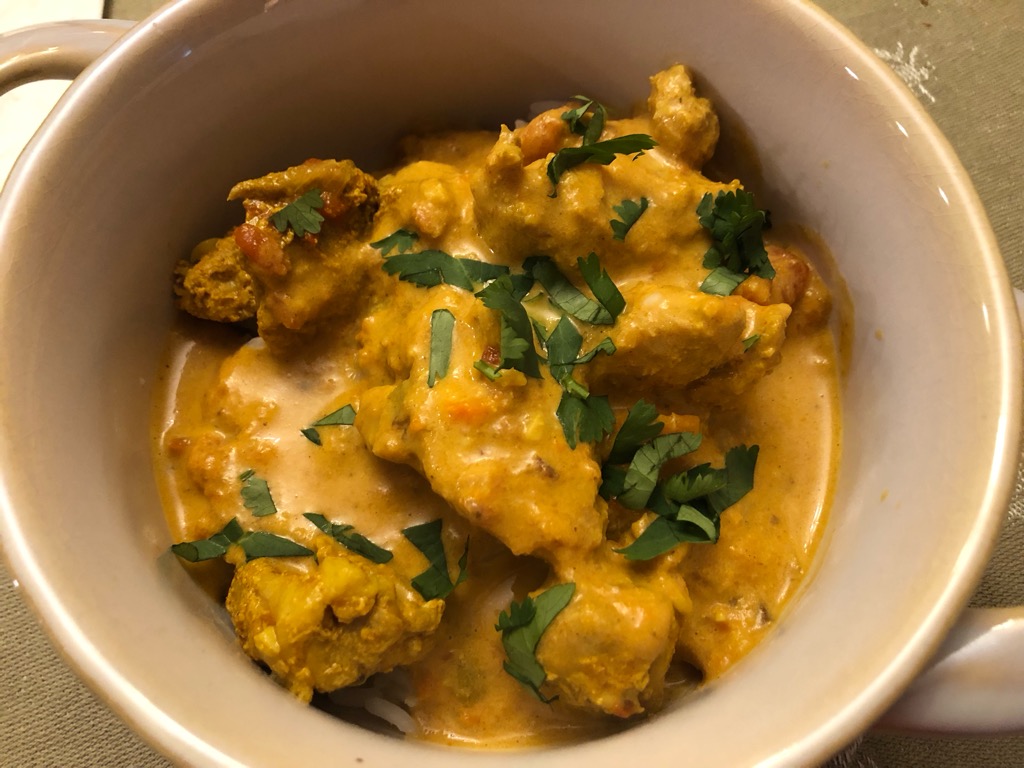 Made everything from scratch, including the garam masala spice.

Wow… Once I saw a recipe for that… I would never do it, I am so fine with buying it (though I prefer tandoori masala). But I can be amazed if someone does it.

Maybe I should do something like this with my chicken one day, not just roasting it with some spice mix on top every time… I am extremely uncreative when it comes to my meat cooking but it worked this far

And I mostly only use salt, chicken gets a special treatment because it needs it, even very great home-raised super tasty chicken is even lovelier with spice.
If I inevitably get bored of my carni food, I am open to add a tiiiny innocent bit of extra something to my meat even in my determined carni times (that isn’t now, December is special, I flied out of low-carb too, not surprisingly. I wanna come back). And spices are fair game anyway. I never was shy to cut out ingredients, it often works for me. I cooked red cabbage lately, the normal recipe calls for onion and many people uses apple… And I don’t think either is needed… But I still had 2 quince and that’s nice and a recipe said it’s better than apple… So I tried it. Lovely but I am not sure it’s needed.
But it turned out boiled/fried (it’s in the pan with a little water and fat, I suppose it does both but mostly the former?) red cabbage is AMAZING and extremely addictive (while it lasts). So I didn’t lose interest about all leafy vegs

Well, it’s red (actually purple, we call it purple in Hungarian too) and it makes all the difference! It has no green flavor.
I don’t need such a thing but it’s enjoyable once in a blue moon.

Keto cake baked for me by my sister using this recipe: https://thebigmansworld.com/keto-birthday-cake-recipe/ 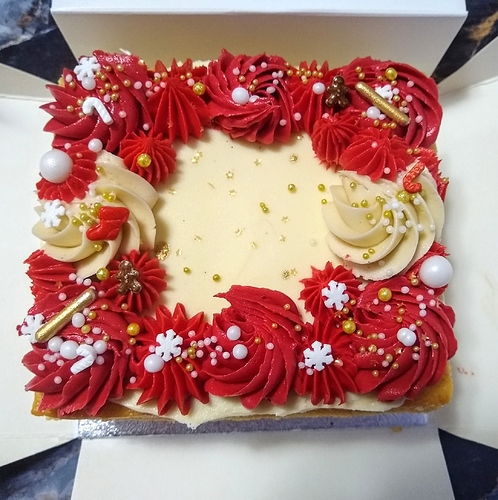 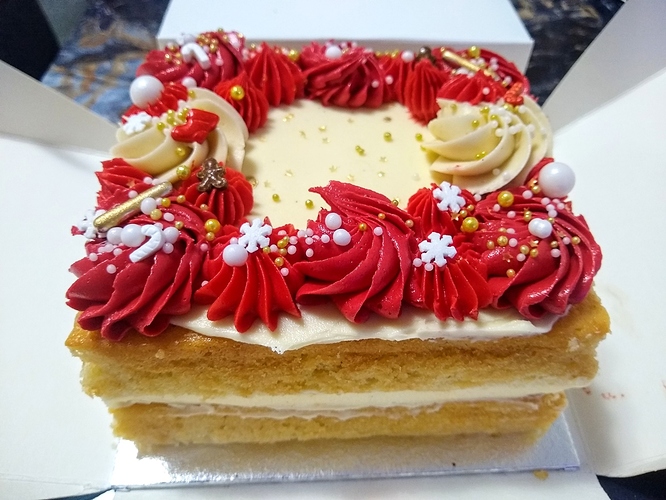 @islandlight Thanks- It really is!

Oh, pretty! Are the spinkly things super hard there too? Ours are inedibly hard and I don’t understand why people use them. The lil ones should work. Do you have keto sprinkle things too there? Ours are full sugar but rock hard. (My disappointment about silver balls did a huge impact on me and my lovely sugar snowflakes are super hard too.)

@Shinita Yes, she used a keto one left over from a previous order. She might have actually imported these. But even these were hard too so she said I should just remove it & consider as decoration.

Gorgeous! Your sister must be a professional.

@clackley Thanks - it really is. Yes, she bakes cakes professionally. 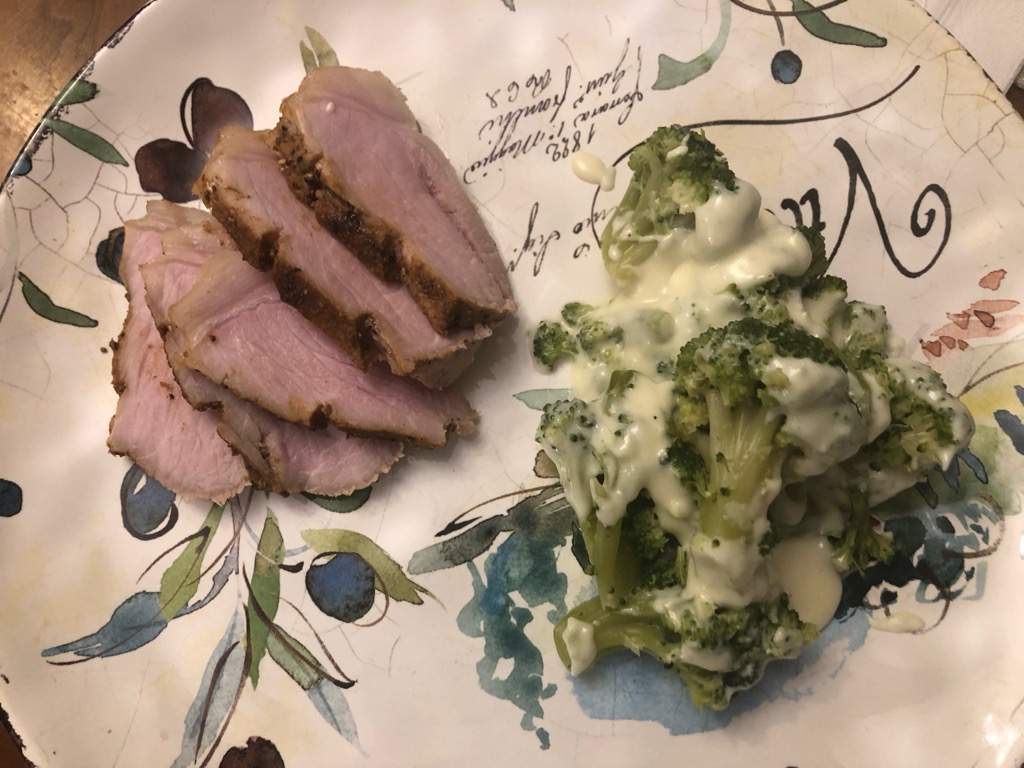 I made all 3 cheeses. The chevre isn’t traditional since I made with cow’s milk but I used a chevre culture so it almost tastes authentic. 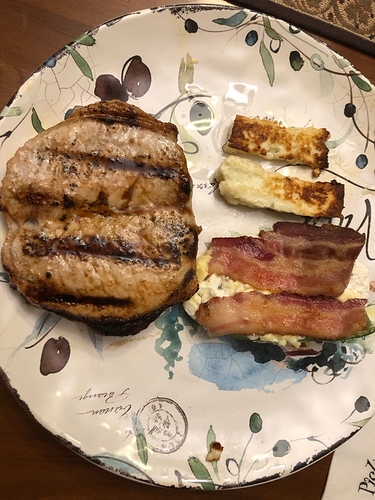 I bought this cookbook after trying his Butter Chicken recipe for free online. Everything I’ve made I have enjoyed. It’s a 4-hr round trip to the nearest Indian food so learning to make my own.

I bought a spice grinder with a Christmas gift card and made my own garam masala and it is worth it!

And of course the Instant Pot makes it so easy 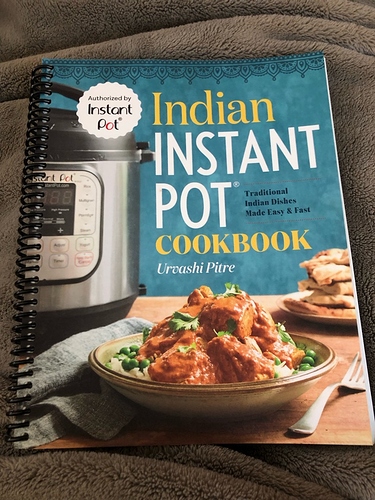 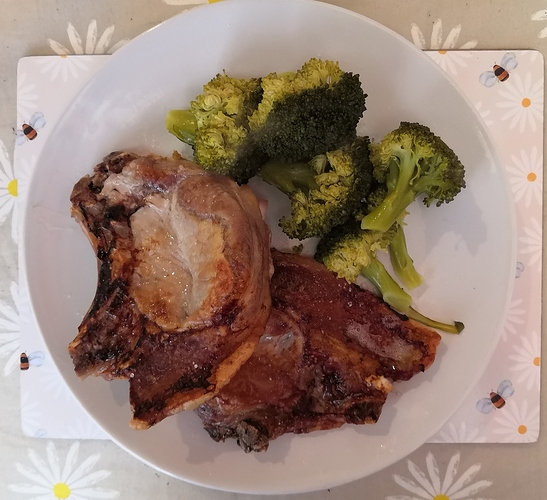 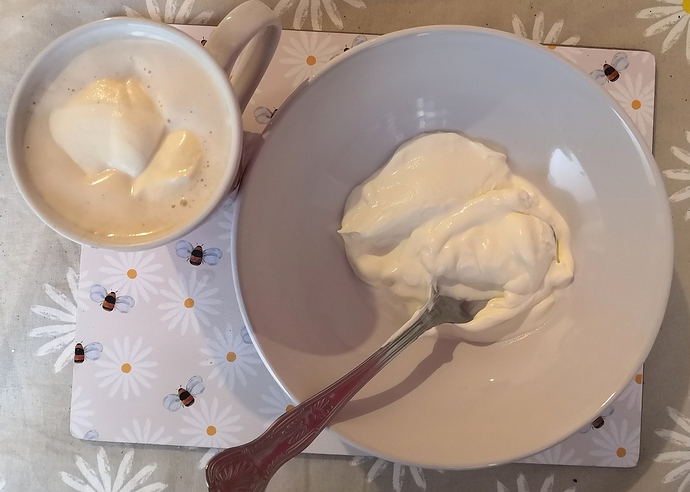 Made this soft cheese with chives. I used a chèvre culture but only have access to cow’s milk so not technically chèvre but close and is delicious!

This is to share with my neighbor - put twice as much up in the fridge for us. 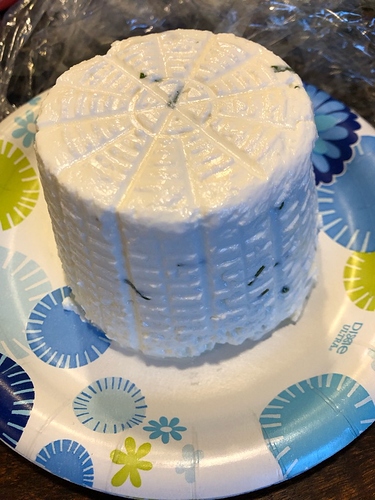 Coconut milk tomato soup made with fresh tomatoes. Delicious! Can’t wait to be able to make it with my garden tomatoes this summer.

From the Indian Instant Pot cookbook. 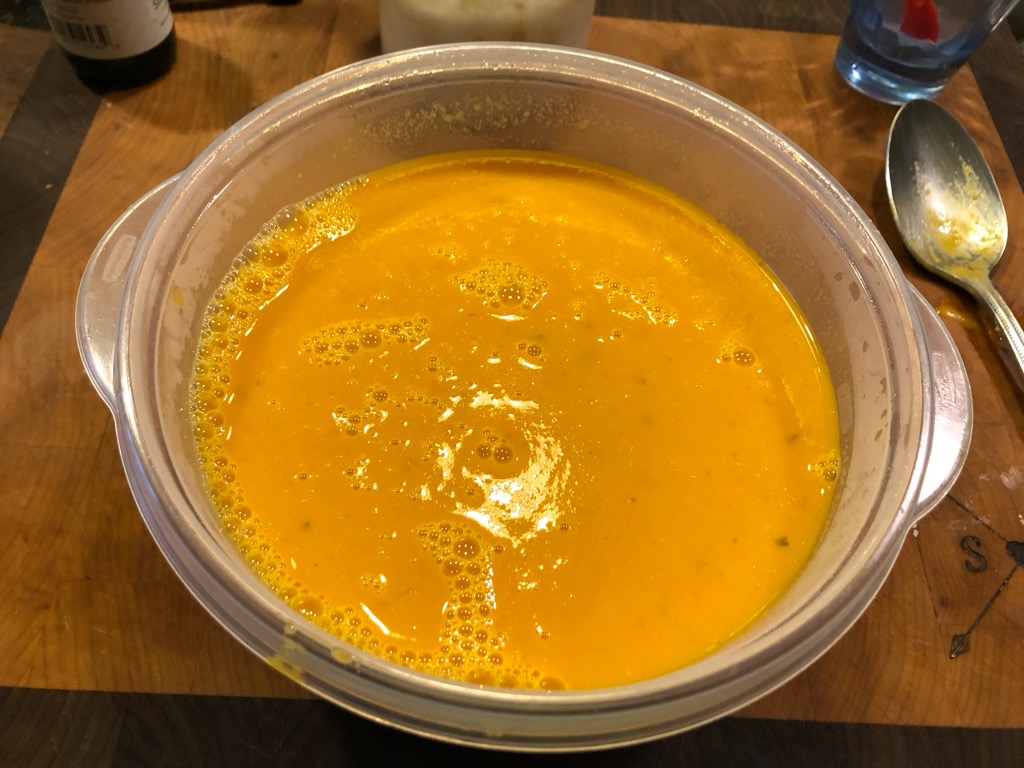