Time to add something else?

Actually…I forgot to mention the name of the cover group! Duh. 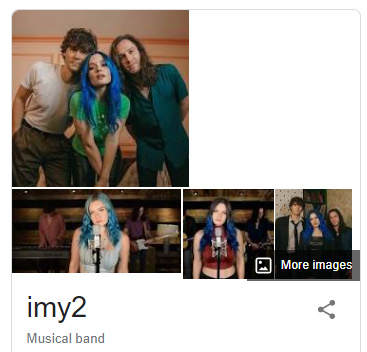 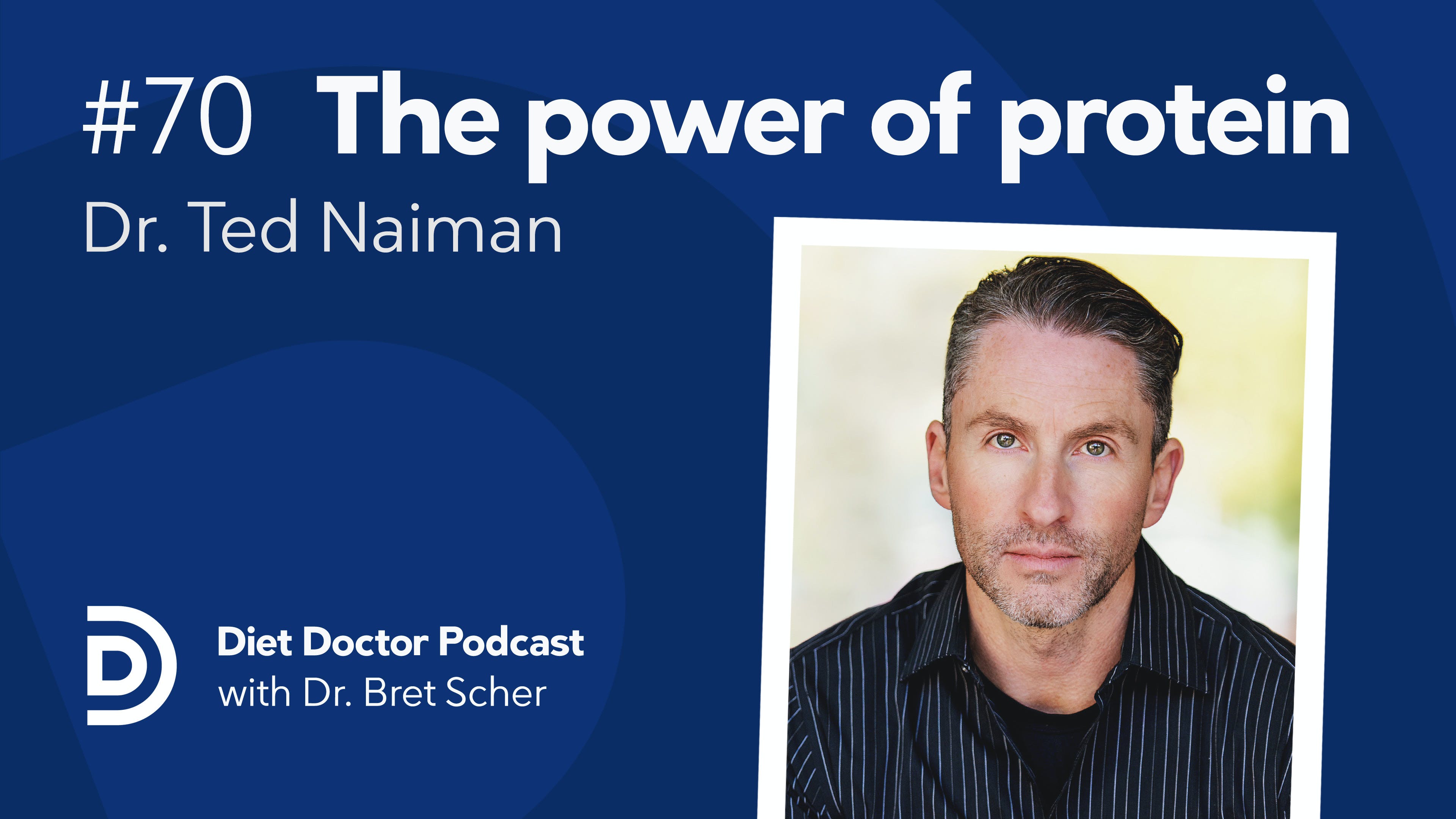 Protein may be the key to healthy weight loss. Hear Dr. Ted Naiman and me talk about why and what you can do to increase your protein today!

You have gotten great advice from @lfod14. I’m just going to add this podcast incase you are interested in hearing Ted Naiman’s point of view. I just listened to the podcast today. He mentions eating carbs later in the data because in the morning, it’s the fat cells that are the most insulin senstive and it’s the muscle cells later in the day. So, carbs eaten later in the day will get soaked up by the muscles.

Great podcast, thank you. I may experiment with timing of the carbs. Good to know my fat cells are most insulin sensitive first thing in the morning. Definitely no carbs in the first half of my day!

Did someone day demo scene coder? Demo scene? Like the 1980s and 1990s downloadable .exe files I got from BBS’s with kickass MIDI music and animation, for the time?

Dena, property is the answer. Good for you. How much are you looking at? I live in a suburb track home but I’d like to buy 40-60+ acres east of me and retire with the closest human at least a mile away.

Dena, property is the answer. Good for you. How much are you looking at?

Well I’ve realized that not all acreage is created equal. I’ve gone to see 10 acre properties where the neighbors were up my butt, and 1 acre properties that felt like wilderness. Ideally, I’d like about 15 acres and I can’t see a single person at all. The best test is if I’m able to walk naked outside and no one could possibly see.

Market is screwy everywhere, sorry to hear that. Buy once, cry once. You’re on the right track, don’t settle. Land only goes up in value. Buy what you love. Good luck with your search.

Your test of the site’s remoteness sounds… Accurate.

I hunt here every year, or almost every year, so I’d like to stay close, but also in an area where I can go elsewhere in the state (north) to hunt larger game (elk)

Where are you at? I currently have my heart set on New Hampshire. I’m in NJ now, and I still want to be able to be semi close to my mom in case she needs me.

In some fantasy I’d move to some defunct converted missle silo in Idaho. Logistically, that’s not possible for me, so I look for something north east.

A missile silo is literally my dream. But a Minuteman, not a Titan. Minuteman was stored horizontally, so I would have a huge indoor shooting range.

I have fam in NH. Beautiful area. I’m AZ native though so the cold would literally kill me.

I’m AZ native though so the cold would literally kill me.

There’s a story about a New England Yankee who owned a farm in Vermont on the New Hampshire border. One year, the state surveyors came through, verifying the state line. After they passed by the guy’s farm, the crew boss came up and asked to have a word.

“I don’t know how to tell you this, sir, but it turns out that your farm isn’t in Ver-mont after all; it’s actually in New Hampshah.”

The farmer thought a moment and finally replied, “Welp, don’t reckon I want to complain. Don’t think I could ‘a’ stood another of them Ver-mont wintahs!”

Hot as balls there. But I also don’t like freezing, which is something that unnerves me about NH. think there’s like no place on earth for me

Minuteman was stored horizontally, so I would have a huge indoor shooting range.

I’d like horizontal also. I don’t know how to shoot but it’s something I’m wanting/ needing to learn, but in NJ, gun laws are tiiiiiight. Much more gun-friendly in NH. It would be one of the first things I’d be doing; stockpiling.

I’m AZ native though so the cold would literally kill me.

NJ winters have become much more tame. I wouldn’t say I’m impervious to the cold, I do whine and dramatically chatter my teeth, but still wear short dresses in the dead-ass middle of winter. Nothing stops my drip

I worked for ICBM prime contractor. MMIII silo is basically my dream. A bunker, regenerative ranching, and COMSAT (too much info that I need to restrict access).

The Fragile pulls me, still. We’re in this together is peak Trent Reznor.

It is hot here, for sure. I’ve lived here most of my life, so I’m used to it. I work outside, in the mountains usually, hiking with a ruck. So I’ve acclimated to it over the years.

I lost track of NIN shortly after high school, and have been enjoying finding their more recent stuff too.

work outside, in the mountains usually, hiking with a ruck.

I bet the AZ mountains make for amazing hikes. Here in NJ the hikes are beat. They’re OK for conditioning but the views are mediocore.

I really want to go desert camping, so I can see the stars. There’s way too much light pollution here for that. Maybe I’ll even see a

I think you guys are like #6 or #7 in sightings in the nation.

Did someone day demo scene coder? Demo scene? Like the 1980s and 1990s downloadable .exe files I got from BBS’s with kickass MIDI music and animation, for the time?

Oh I made tiny intros, no room for all the stuff in an .exe! I had .com files

But the bigger stuff, yep, there were in .exe. The demos, at least, there was music and wild compo, pixel grafix etc… I even entered a gfx compo where we used pencils ones, quite unusual

But MIDI, that’s super oldschool! MODs, more like. And then MP3… Some intros generated their music… I think some 256 byte intros used some ADLIB thingie…?

And it was so easy to write programs for it…

I apparently will visit another demoscene party in September despite I lost interest in not 8 bit ones as it just lost its appeal when computers got stronger and it wasn’t nearly as big of a challenge to make something neat. But an old friend (I befriend him when the demoscene coders argued about making stuff for Windows or staying on DOS. it wasn’t yesterday :D) wish the recurrent out barely-born, always-inactive C64 group named Laser Scythe. This name… I must have come up with it, at least the scythe part

I was a very beginner C=64 graphician after my PC intro coder times. I refused to use graphic programs not written by me and I can’t code for C=64 (I only know a few things, it’s fascinating, always wanted to learn but apparently not enough. oh well, it’s only 2022, I can learn it now!) but I stop, it’s super interesting though

I only made one 256b intro in the last decade or something, in 2015. Oh. My. God. It was ages ago. And people didn’t like it. Shiny 3d objs (it changed its shape too) wasn’t good enough anymore, apparently… 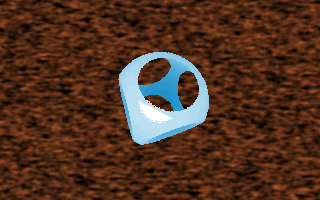 To understate the effect the demos had on my as a child is impossible. On my 8086, 386x 486, Pentium 90… Downloading demos from BBSs in the late 80s and early 90s… I fell in love with electronic music and computer animation at that time and had dreams of going on to be a professional animator using high-end Silicon Graphics hardware. So thank you for being a part of that!!!

Have you discovered Igorrr yet?

Have you discovered Igorrr yet?

No but I just looked it up on Spotify. Deliciously weird. Right up my alley. I appreciate your taste.

It takes some getting used to, but its beyond genius on every level, once you fall down the rabbit hole.

The first time I ever heard Iwrestledabearonce, I felt that way. Song would go deathcore…deathcore…random and very sudden dance techno for 7 seconds… back to deathcore…

Loved the weirdnesd. Great band btw. Female leads but by the growls you’d never ever ever know it.