It was a kinda big day and relief for me so bear with me or skip.

Christmas (or the celebration part) is finally over, YAY! (24th always was the only Christmas day for me as that’s where family dinner and gifting happens.)

Well, the star of the dinner was the pork chuck roast, everyone liked it

It became super pretty in the earthenware dish!
It turned out no one eats very fatty mayo in the family. And everyone had a different version of the salad (or another type of salad)… Alvaro made his own mayo with a little xylitol and without any added fat. I am not sure it’s called mayo but his brother brought a vegan mayo… I basically ate sour cream with little additions (only the pickles were numerous in it, it’s my goodbye from those too sweet and needless things, I loved them in the past so much but I stopped buying them several months ago. I bought some pickled silver onions a few times though but I think that’s over too) as I don’t eat mayo. His Mom (with diabetes, obesity, other problems and much bedrest) used sugar and not-sour cream with palm oil, saying she dislikes xylitol in most things (she never complained about the sweets with it)… But even she didn’t use nearly as much oil as normal recipes do. And she wanted to throw out the 3 egg whites and we forgot it and left it there :(. We wanted to use it. We don’t waste food, we don’t even waste nice pretty clean egg containers.
She wanted to throw out all the tasty, fatty liquid below the pork roast as well but it obviously never could happen near me. I didn’t forget that. So I have some lard and jellied liquid now. Probably too salty, she used a lot of salt on the meat and it probably mostly went into the liquid… As it’s what it always does.

Now we have some pork chuck roast but it won’t last for long (Alvaro wanted to leave all to me but he brought some salad and needs some. it’s fine, I have plenty of meat in the freezer and it’s not hard to roast some. but now I focus on other things, not pork. we have chicken, salmon and other things. we have a big slab of beef but that’s special and not for December when we have everything else). But we have so much processed meat and dairy to eat, it’s good some is freezable (sausages) and I have the often hungry Alvaro to eat up the leftover quark so I can focus on whatever I want to eat myself. Finally. I stop all my recipe making experiments, I want simplicity. I am not sure I want eggnog icecream this year (the 500+250g mascarpone won’t spoil for a long time, fortunately and I can use it for other things), I don’t want spicy wine either but I will make eggnog at some point, just a bit and I don’t need to drink it anyway. Me and my too many plans, seriously. They can be annoying.

I am way too fat. I tried to find an elegant pair of trousers for the Christmas dinner (no one else had prettier clothes but I never wear my cute blouse, only then. next year I want my fancy dress again, I need to lose some fat for that I am sure but it’s possible, I did that before) and nothing fitted. I had enough and it’s not only about my fattiness, I want to improve in 2022 a lot and considering where I am now, there is huge room for it and it’s pretty much needed.

I got a stand mixer for Christmas, among others so whipping eggs will be easier from now on. Not a strong one but for eggs it will be fine.

Today wasn’t perfect but my body didn’t complain and I didn’t eat until maybe 4 (not counting some cream and milk in my coffees. I had no cream where the cooking and dinner happened). Good enough for today but now I go stricter but it will be nothing compared to my January.

Well, I am relieved to hear that! I was picturing you just merrily “tooting” away at the gym.

“Not perfect” and “Good enough” is awesome when you’re talking about the dealing with the holidays! Good for you! Wish you had a pic of that pretty roast!

Had a good eating day of beef and ham. Trying to get myself back on track! Plus a beautiful sunset! 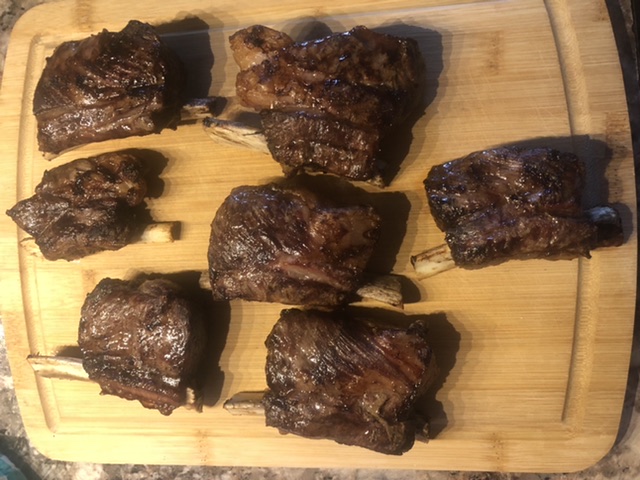 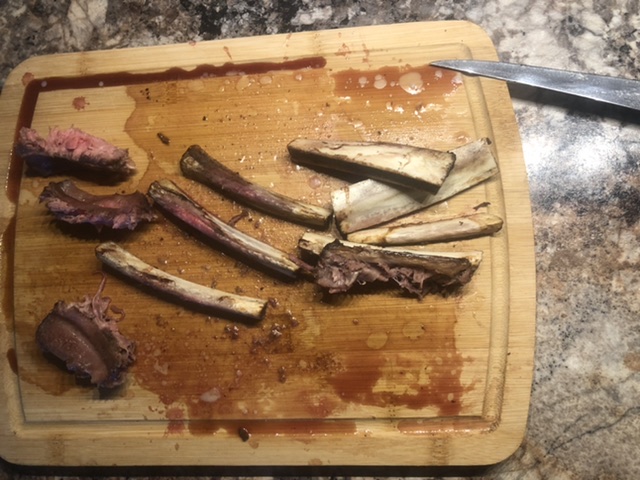 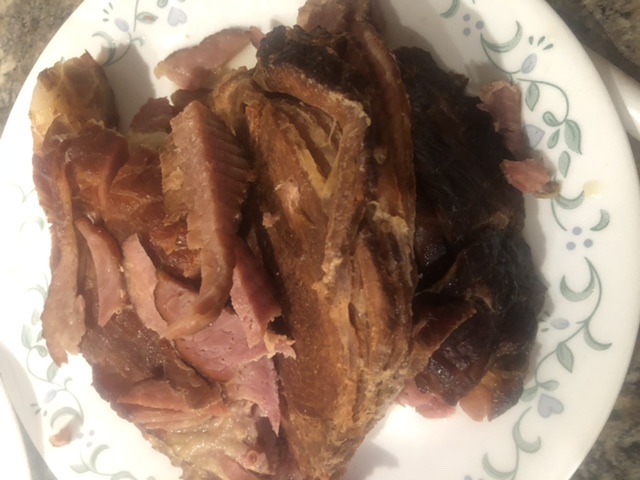 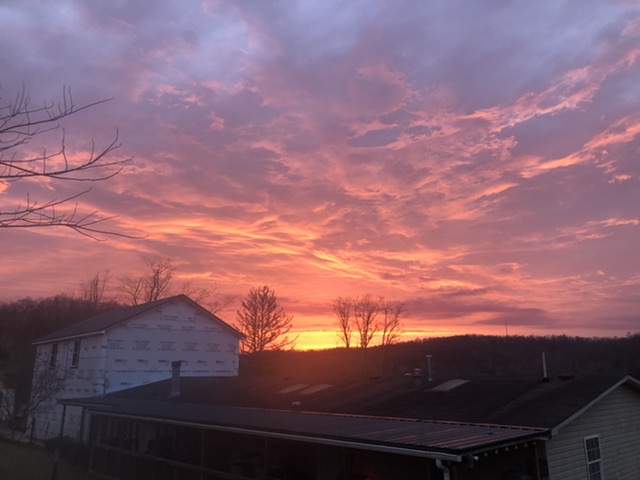 Merry Christmas to all…

MERRY CHRISTMAS to all my carnivore friends!!

For all who are celebrating I hope you enjoy your day

I have 2 racks of ribs being cooked along with peel/eat shrimp and I have a nice NY Strip steak for my first meal of the day.

ZC all the Xmas way baby!

Quiet day for me as i will be celebrating tomorrow with family.

So I popped over and spent an hour an half with Raymond at midday. By 1pm he was struggling to stay awake! So I was home by half 1.

Ate some chicken sauted in butter with melted cheese then later had a packet of smoked ham and some goats cheese. I have a ribeye steak defrosted yo cook but can’t be fussed … maybe later.

Hope you have all had an enjoyable day xx

I will try to make a similar roast (if I found my earthenware dish and my mini oven is big enough) and make a photo then. Normally my roast gets darker on the very top, it was reddish everywhere now… I still have some leftovers but they don’t look that amazing now. There is something special about freshly made stuff I think…

By the way the maybe 4 hours roasting made the pork super soft (I was a bit out of it yesterday, sleepy and tired and only noticed it’s nice). It was fun once but my food doesn’t need all that time…

I eat my roast carefully, I have so many other things, I had 3 vienna sausages today. With cheese. I like cheese again (probably temporarily) and it’s still December so why not?

Well another year of holidays is done for me having the bread baked as a cake worked exceptionally well …I prob ate alot more than was I should have which is why I limit things keep treats to Thanks giving and christmass this year.

no bloating gas or stomach aches. And no guilt. and it tasted really good .

Today is just rib eye and it too was great it didn’t need anything its perfect just by its self.

You said it Azi! Alot of ‘oh whoa is me, I am carby sick eating’ is gonna happen today on alot of lifestyle eating change forums.

-----------I stayed on plan great. Had NY Strip steak for first meal, second was delish pork ribs and a few peel/eat shrimp.

Had a nice quiet holiday and done deal. Over rover

I am my happiest the day after a big holiday and I know I did well on eating. I can’t eat off plan ya’ll, I am one to backslide and binge for days or weeks instantly if I do so I truly knew where I had to stay.

Today won’t be eating a ton. Keeping it very simple. I AM SO over food and food focus. Seemed like way too much time in the kitchen for me this holiday HA

Merry Christmas everyone. Here are my meals with a few firsts. 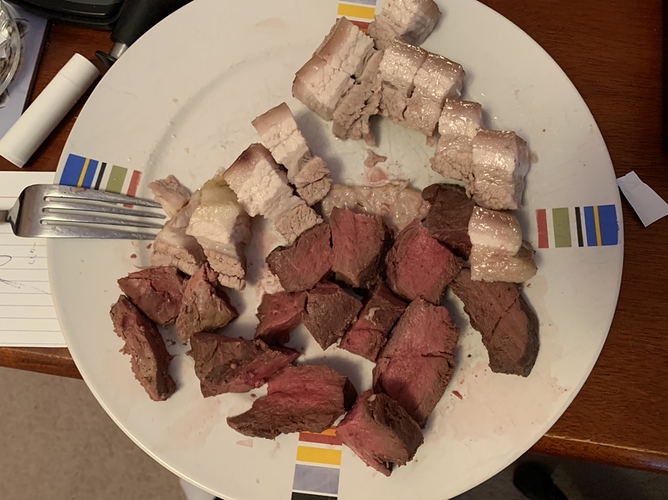 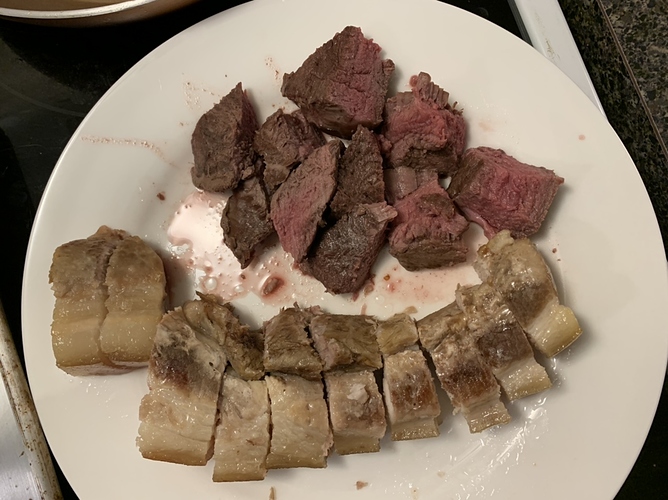 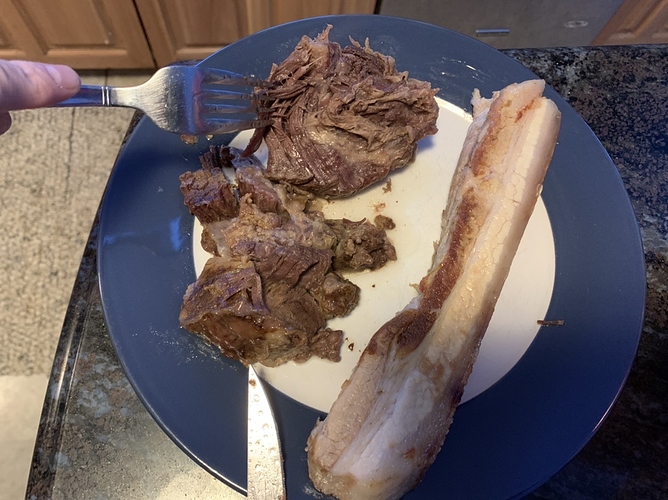 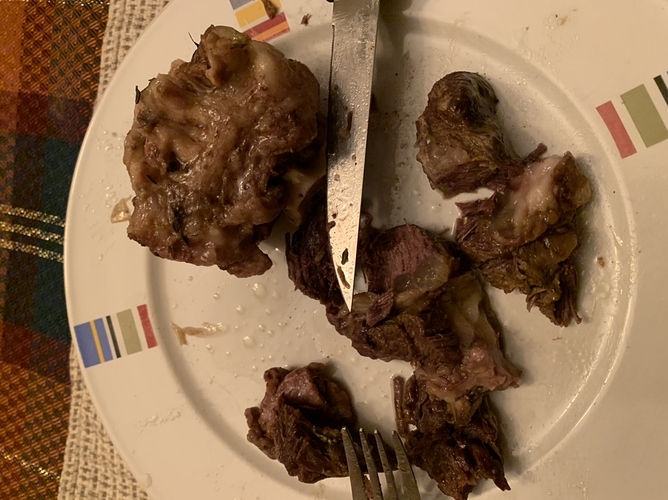 Good eats for sure!

Camel. How ya score that?

I looked up so many diff meats to eat but the damn shipping costs to get it are thru the roof so I don’t even bother with ‘trying stuff’ anymore.

I wanted to buy cougar meat long ago. My gosh a small roast was like over a 100 easily with shipping,

so yea I had to forget anything like that.

So…how was camel. wow I would love to try that

FB you been quiet.

Are ya doing well? I send best good vibes to you! Good new year to you friend!

I got zero pictures of my food today, but that’s ok! I had a great time with my family. Before church this morning, I had 2 hard boiled eggs. Then we went to my mom’s to celebrate Christmas. I munched on some cheese and salami/pepperoni while waiting for everyone to get there. Then I had ham, sausage, 1 deviled egg, and some more charcuterie. Didn’t even overeat!

And that’s how it’s done, folks!

And… The big one isn’t good. I didn’t think about not every mascarpone having only 2 ingredients as mine was always okay and it’s not even cheaper… It sounded not so horrible, milk and some plant stuff to make it denser, well okay it sounds kinda wrong but most ingredients list in the shops are way worse. It tastes like some vegan thing, like flour…? And it’s 40% fat, how is that possible if they used milk made denser instead of full cream? Do I believe them at this point?
So I have a lot of less than great mascarpone to convert into something. Doesn’t sound too hard, some dessert and Alvaro will eat it up. Today I made pancakes, that uses only a little (unless I use it in the filling as well but only I eat that and I don’t want it from this thing. maybe if I mix it with a lot of other things, it will be more enjoyable).
As time passes, I like food industry less and less due to the negative experiences, of course it’s needed and often good enough…

I can’t wrap my head over the pork chuck roast. Maybe it’s due to the softness. It’s as soft as cooked fat tissue or butter on a warmer room temperature than ours… Maybe that’s one reason I feel I eat something super fatty. But it has very much visible fat too. And I have a lot of rendered fat… But it’s chuck, not a lean cut but not an extremely fatty one!
Oh well, it’s nice, I always eat it cold these days.