Why would it be? It is not dangerous to anyone with a healthy immune system. 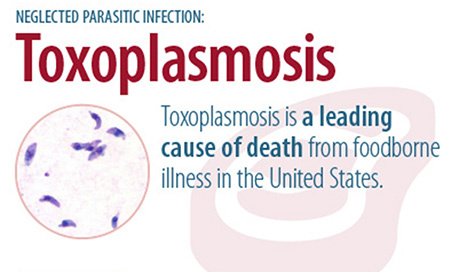 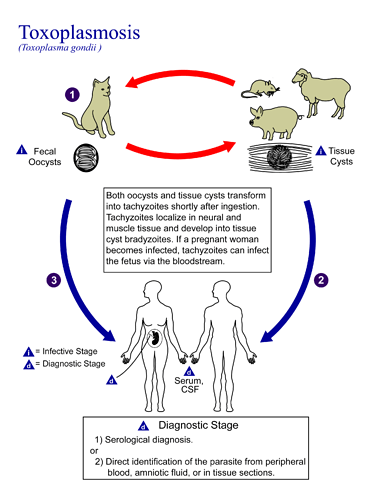 It = infection with the parasite Toxoplasma gondii

I’d love to deep dive on the qualifying statement, “It is not dangerous to anyone with a healthy immune system.” Plenty to explore there.

But I think I’ll go straight to the newer stuff (2012). There is plenty of foundation health information of why it is better to not become infected with Toxoplasma. And I do think we need to look after pregnant women and unborn children (most of the infection literature outside of veterinary articles). The newer information is about the effects in the context of human psychology. I often wondered about how the disease changed the behaviour in mice, and whether infected humans would show behaviour aberrations (we are mammals after all).

People who have been infected with Toxoplasma gondii show a number of behavioural changes, including a tendency to take risks, trust strangers and be more outgoing than people who don’t have the antibodies.

And Flegr’s research suggests these effects can mean bad news for infected people. Infected subjects tend to be less vigilant and have slower reactions. That makes them worse drivers, prone to lapses in concentration and to mistakes.

Evidence is also emerging that Toxoplasma infection can almost double the risk of several brain cancers. Perhaps we shouldn’t be surprised that an organism that encysts in brain cells might trigger tumour growth.

In fact, a cross-national study in Biology Letters shows that about one fifth of the variation among 37 countries in brain cancer incidence can be explained by national Toxoplasma infection rates. 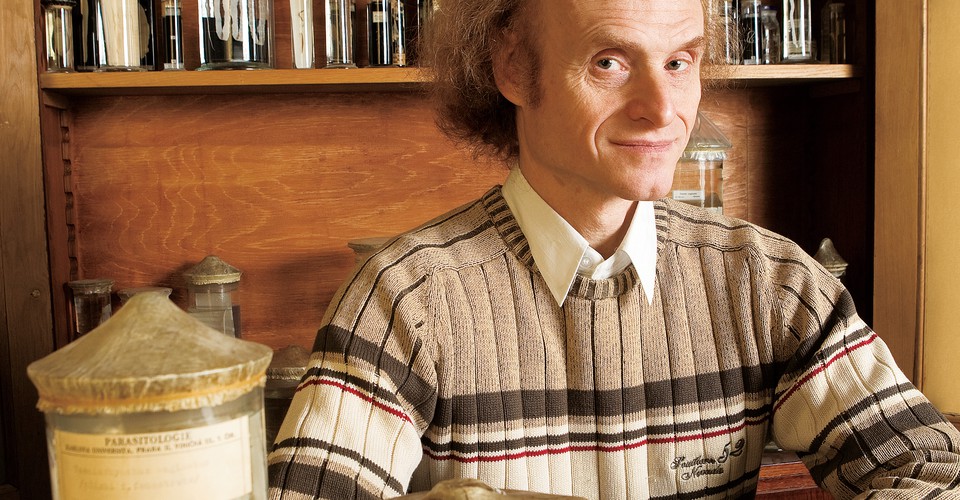 How Your Cat Is Making You Crazy

Jaroslav Flegr is no kook. And yet, for years, he suspected his mind had been taken over by parasites that had invaded his brain. So the prolific biologist took his science-fiction hunch into the lab. What he’s now discovering will startle you. Could... 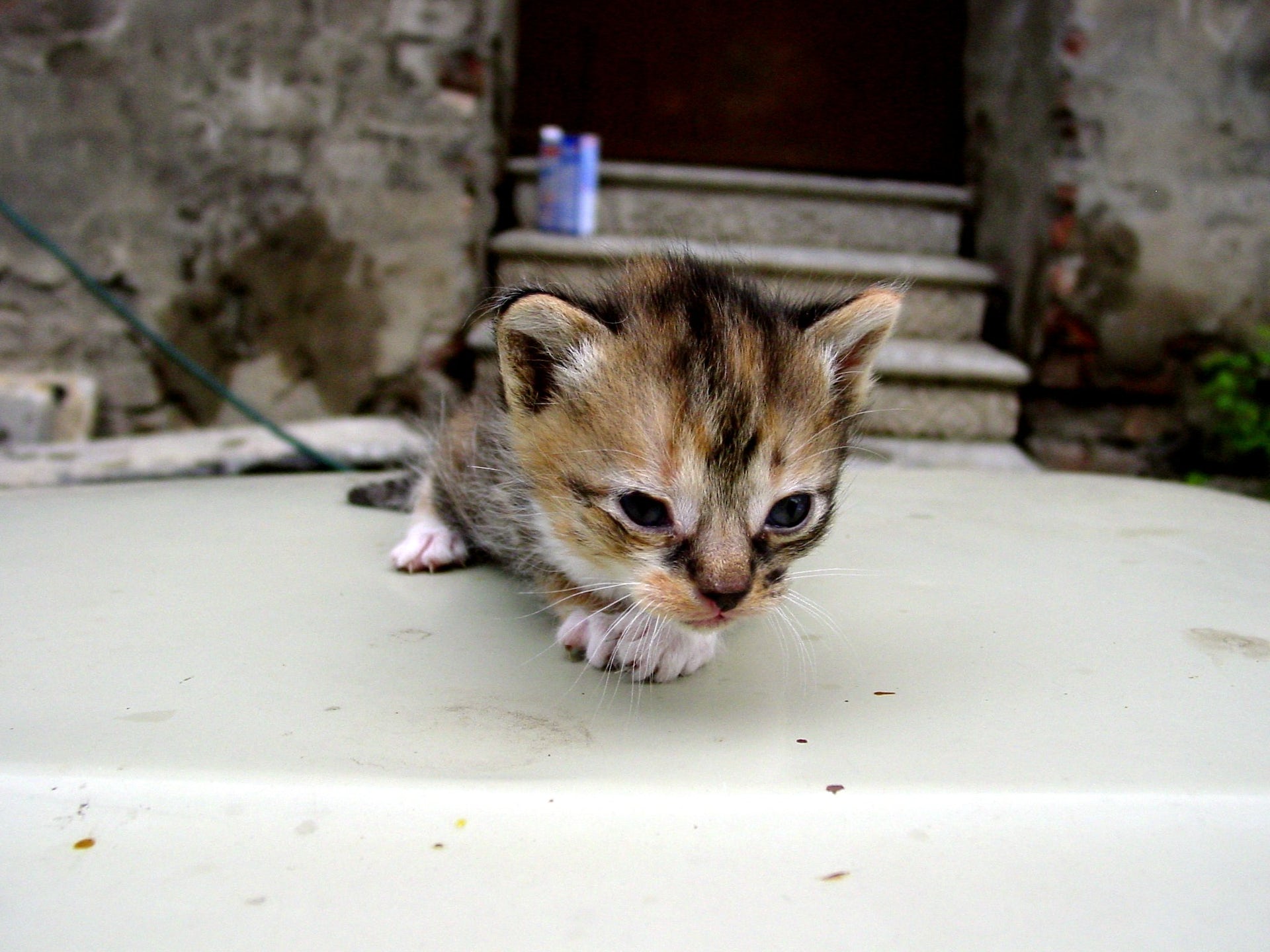 Your cat has toxoplasmosis and you're worried? Join the club

I should admit straight up that I’m no fan of cats. Like any zoologist I treasure the rare glimpses I have had of lions, leopards, serval and even ocelot. But I have never understood the devotion of so…

Let’s start with that.

Those who failed to fight of the initial infection And are carrier of the parasite.

Anyone exposed to the parasite? It could take the immune system a few days to kill the invaders.
Basicaly everybody including you and me.

Yes, good to define what an infection is.

The invasion of bodily tissue by pathogenic microorganisms that proliferate, resulting in tissue injury that can progress to disease.

Infectious people are those that carry the pathogen and spread it.

Infected people can be either:

Those who failed to fight of the initial infection And are carrier of the parasite.

Anyone exposed to the parasite? It could take the immune system a few days to kill the invaders.

So eating raw meat is only 1 of the many ways to be exposed to the parasite.

Add it up and we have all been infected at some point in your life, there is not much room around that.
In a way not a problem at all, the immune system takes care of that.

Raw meat does contain more nutrients than cooked meat. On the other hand all viruses, bacteria and parasites on it are alive and well.
I think there are more benifits to eating raw meat than downsides.

Undercooked meat is the same as raw.

It makes sence that infected people their behavier changes, evolution wil get the parasites to do that. Fruits do it to, they make you eat more. Facinating isnt it?

man oh man just see what parasites you get from eating infected fruits and contaminated veg and more…scare ya WAY more than the eating raw meat situations. Only fair to put up fruit/veg parasites that lurk and boy there are tons.

Anybody afraid of toxoplasmosis should cook meat and stay away from cats. I only eat raw meat on rare occasions (pun always intended). I avoid cats because of allergies and not being a cat person… problem hopefully solved.

Really? I had no idea?
Its not as common kwowledge as " red meat cancer parasites bad bad you wil die…

"
I must be under the influences of the food industry’s propaganda machine as well.

It not a real problem, just a duscussion, Frank seems knowledgeable on the subject, I not so much, so its interesting.

I’m not afraid of real food. Should I be?

being zero carb eater I AM going there

ain’t nothing that great about plants ever LOL

Cut it out Fangy, you’rr scaring me

Anybody afraid of toxoplasmosis should cook meat and stay away from cats. I only eat raw meat on rare occasions (pun always intended). I avoid cats because of allergies and not being a cat person… problem hopefully solved.

Sound guidance. And I’m assuming that eating raw cats is also to be avoided.

eating raw cats is also to be avoided.

ya’d think but
In downtown Shanghai a provocative campaign is making the rounds, encouraging people to stop eating cats and dogs. Though frowned upon by most Western cultures, the practice is actually quite common in China and much of Asia.

raw or not? again ya know but veg/fruit still the the biggest flying around out there contaminations on the food planet surface so??

I actually had a test for it, to see if I’ve ever had it as I’m very high risk and we were at the time thinking of another child (but didn’t). Apparently I have never been exposed to it. I’ll just add it to the list of things I’m aware of but never give any thought to…

Toxoplasmosis - I always thought that had a nasty sound to it.

that TOX is a dead giveway, hmm, from toxin, toxic and run for the hills?

In the US toxoplasmosis kills less than 1 person per year per million, most with comortality involved, the winner seems to be HIV.

So toxoplasmosis is pretty harmless in the west.

There was a “Monsters Inside Me, “ where this young man (who lived in Hawaii) ate some of his own home grown salad greens. Unbeknownst to him, there was a little snail on the greens that had a parasite. The poor guy ate the snail and the parasite literally ate holes in his brain. So, technically the parasite was from the snail and not the plant, but…

Also, how many E. coli outbreaks have there been on lettuce in the past few years? It is true that fruits and veggies are not contamination free.

that TOX is a dead giveway, hmm, from toxin

Kinda like the word “fangs”. Always sends a shiver down my back.

In the US toxoplasmosis kills less than 1 person per year per million, most with co-mortality involved, the winner seems to be HIV.

So toxoplasmosis is pretty harmless in the west.

This scene from Trainspotting (1996) has stayed with me for a few decades. A great film. Warning: coarse language and Scottish accents.

This thread is not anti-meat eating. Talking about unwashed plant material is bordering on an informal logical fallacy (Strawman) by avoiding discussing the risks of parasitic disease from handling and eating raw or under-cooked meat.

Toxoplasma is a well adapted parasite which makes it biologically successful.

A thing to weigh on the scales here is whether cooking meat for parasite control is more beneficial and less risky than the eating of raw or undercooked meat for nutrition. But that is risking creating a false dichotomy.

I learned from refreshing my reading that beef is not as high risk as monogastric food production meats such as pork. They are not a favoured intermediate host. Cattle do seem to be able to detoxify a lot of bad stuff.

Before the discussion resolves to the standard eat what you want agreement point, it would be nice to know what people have learned while thinking about the topic and what they have read.

Death is a definitive marker of a disease. But the effects of the disease on the living in the case of Toxoplasmosis and human behaviour and mental health is fascinating.

I did post about low carb diets and zombies. That many don’t realise that we have been living through a Zombie Apocalypse. That the zombie disease is not from a virus from a bite from another zombie. But that the current zombie plague is the brain fog inherent in the standard high carbohydrate dietary eating guidelines (no wonder zombies crave brains).

Then with Toxoplasmosis we have the potential for another form of biological zombie disease with mind control by a microscopic parasite… that may be directing us to eat more raw meat to potentiate and propagate it’s species’ survival. It’s interesting to consider the infection as a symbiosis and part of human evolution.

Maybe I have read too deep and lost people on the dive?

My gut feeling is it is better to avoid the infection than to be exposed.