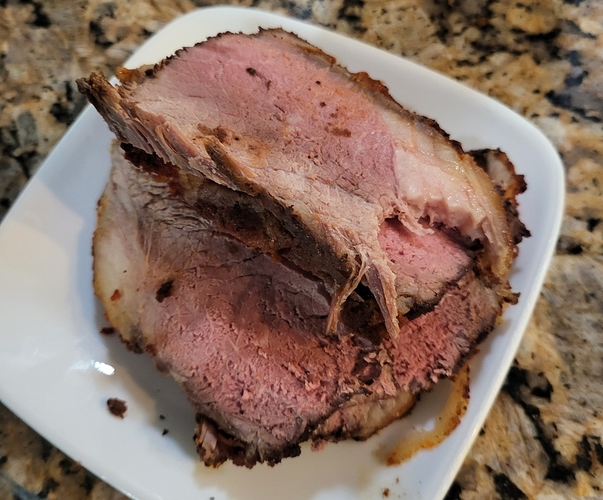 I am so happy to hear that your Mum is looking her younger self again but I guess none of us would want to go through all that just for younger looking skin. Always good to see the perks of something so traumatic though. I always like to look at the positives.
The fish was really just because I feel I should eat more and never really get round to eating it. Plus I bought so much and I don’t like to waste any so ate it all together lol. The mixed grill was nice and fatty and I ate a big sirloin today which had a good amount of fat on… thats by far the best bit! All the steaks I buy are fatty ones else I don’t buy them. Plus still eating a bit if cheese.

I wish your mum continued progress with her nose. Sounds like the surgeons were good and new whT they were doing xx

I didn’t have many headaches prior to last weeks stroke thr odd migraine here and there and sometimes a few in a row but ordinary are headaches… no. However I have found this week concentrating on anything is giving me groggy headaches. Nothing worse that waking up with a headache though. My friend /, dance partner was told that he could mix paracetamol with codeine and that seems to sort his pain out. You probably don’t need me to tell you to just read packets before taking as some have added paracetamol. 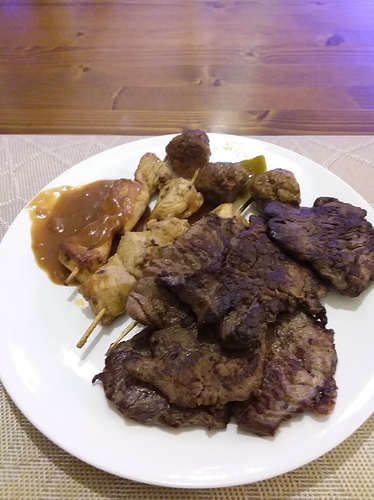 Could you be oxalate dumping?

Yes. It could be in the mix. It’s a severe, long lasting one, if it is. But I cleaned up my low carb carnivore based eating. So oxalate dumping can be a consequence. I’ll be aware of my salt and minerals in my intake. Oxalate dumps deplete that magnesium. 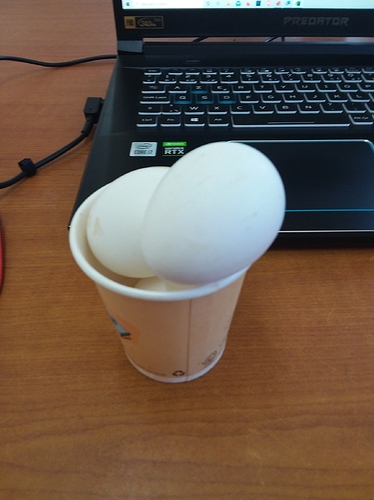 today is leftover pork ribs
and making a big ol’ mess of chicken wings and legs tonight to feed everyone, I will make a giant bunch cause I sure need alot of them to make me happy

Carnivore on strong all…month is winding down

The worst dumping episode I had was after I was sick almost two years ago. I hadn’t been sick for years, but I think my body was stressed from a car accident I had been in, and it left me open to infection. The really nasty cold turned into a sinus infection and I took antibiotics. It was not long afterward that the terrible dumping began. My entire body felt like it had been pummeled with a sledge hammer. My kidneys hurt and I had terrible headaches. I was miserable. I introduced some tea and dark chocolate and sure enough the symptoms lessened.

You could test to see if it is oxalate dumping by eating some oxalate containing food. If you feel better after eating some dark chocolate or drinking some black tea, you will know it’s dumping. A thought?

but I think my body was stressed from a car accident I had been in, and it left me open to infection

yea this is big cause when we get ‘nailed to the wall’ we hear we only have a ‘hurt toe, a broken leg or a bruised rib cage or lacerations, or ???’ which are not ever life threatening but our bodies took a massive hit full force and everything will react, cause for all they ‘see we got’ in that wreck’ we got alot more actually happening in bigger truths. So yea when like that thru trauma, it is all over body trauma and I think medicine never gives us ‘enough time to heal the body’ and focus on what they ‘deemed’ the hurt when we had such a situation to our physical body.

To me this all is a real deal thing

Years ago, my daughter got a concussion. Someone pushed her and her head hit a wall. Anyway, we took her to a chiropractor to make sure everything was aligned. The chiropractor mentioned that people tend to get sick when they get concussions and sure enough, she got a cold.

She’s had a couple of concussions since then, and each time, she has gotten a cold within a few days of getting the concussion. I definitely believe physical trauma weakens our immune systems.

Absolutely agree, that hit she took will forever in some way thru our bodies give her issues and yet something smaller we think is over, IS OH so a part of us. Yup!

Our bodies are an entire being. We don’t isolate into this hurt or that, it is an all over body issue for life. Again, so agree.

Where does the time go!!! Grrrr. Had two days off…yesterday and today. Yesterday, it was sunny and gorgeous. Worked outside, worked inside. Went down to the farm to pick a few more apples off the monster tree. After the ladder incident last week, hubby decided it would be safer if he just put an 8ft extension pole onto the apple picker.Worked great. Except…when you have an apple picker roughly 16-20 feet up inside of a leafy tree, ts REALLY HARD to see if maybe a rogue apple gets bumped and falls.directly.into.ones.face. Yep. Never saw it coming. Never heard it coming. Just thud. 32 feet per second (squared). It swelled up pretty quick. Not sure if anything is broke or fractured. I couldn’t breath out of my left nostril. Couldn’t chew- because the left side of the upper teeth/gums. The redness is gone, but it sure is puffy this morning. Couldn’t sleep on my left side either - too much pressure.
My hubby is such a smart ass nerd. I texted him and told him what happened. His reply? "Newton’s Law of “Physics”. I told him I thought that I might have broken something. His reply?
“Well Honey, if you broke something…it certainly wasn’t any law of physics!”

So, played taxi driver to my daughter and her volleyball teammates - taking them to their end of season bash at the coach’s house. The rest of the evening was kind of a blur. Today, Rufus gets up - I let her out to pee - and she decides to engage a skunk in a game of tag. Rufus did not fare well. Spent the last hour washing her off. Baking soda and peroxide are like gold! All I’ve had is coffee, tea and water since yesterday evening.
I need to go find some beef, fire up the insta pot and feed me. NOW. Hope you all are doing well, and stay the hell away from apple trees. Yet another reason to stay carnivore!

You have had a rough time of it of late how is your leg doing?.. good to see you didn’t lose your sense of humor… hope nothing is broken last thing you need…
Glad too see you back posting as well.

The leg with the vein issue gets pretty painful on the 10hr shifts, otherwise doing okay Taking the daily aspirin, compression stockings, etc.
I think I’d experience more pain if there was something broken in my face. For now, it just looks like the left side got Botox’d and they forgot about the right side.

Oh my I do hope your nose heals well and quickly. What a corker though, but what could you do? You have to be looking up to see what you’re doing !!!

My line manager gave me a call today and possibly popping out to see me next week. Stroke Team OT coming to see me tomorrow afternoon.

The lads are cracking on with the landscaping since the patio slabs arrived. Staring to look lovely and the young lad doing the main patio is really meticulous and obviously takes a lot of pride in his work. Starting to take shape. YAY.

Brunch was ham and eggs which was very nice.

Dinnet was a ribeye steak which was small but beautifully put together lol.

Bit of cheese on and off throughout the day.

Then finished with the last of my sliced topside of beef … wasnt a lot in there but enough for me.

@Karen18
the stroke team. wow. at least you can ask a ton of questions and get some great answers on forward movement but one thing, if you need rest and more you do just that. recovery time and give your life that to make you heal well thru this ordeal! Happy you are doing so well now K! I also know you can’t wait for that new shiny garden to help you relax and happy the workers are doing such a great job!!

--------------for me today is leftover chicken wings
not sure on second meal. I have some leftover pork ribs but will be defrosting some ribeye steaks for everyone tonight, so pork and steak probably?

sounds good to me

have another pack of wings I need to cook today in a bit for another fridge meal when wanted. I NEED meat cooked in fridge for go to so my somewhat bulk cooking ahead of the game is now helping me alot.

Won’t bore you with aches and pains. Was very tired last night. In bed by 8pm after a feed of roast beef and roast lamb. Today was sit at desk and computer work all day. 11am bacon and 4 eggs. Baked beef ribs tonight with 120g blue mould Brie and sparkling mineral water. 3 coffees throughout the day. Heading back to the countryside after work tomorrow.

Todays food 1st meal I cooked half of a lamb rack 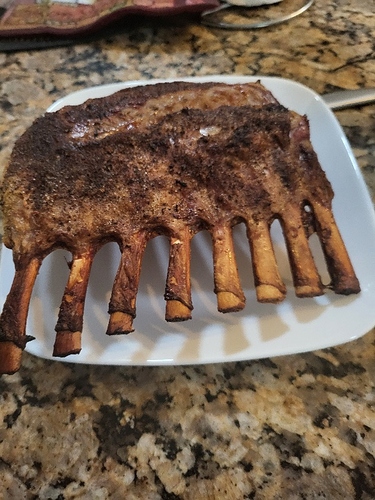 I ate just over half