May the Meat Force be with you! - 31 day Zero Carb Carnivore Cruise

While your statements are tru, the perception that raw meat is more dangerous than other food, cooked or raw is cultural dogma and BS.

In fact, plants in general contain way more pathogens than raw meat, not even in the same ballpark. Plant pathogens include toxins, bacteria, parasites and more.

I dare state that raw meat is approximately 10000 times safer than raw plants.

I eat most of my food raw and or cooked. Anywhere in the world.

Carnivores stomach acidity is much higher than SAD folk, an added layer of protection if you ask me.

Cooked food is safer than raw food. For a short time anyway. A dirty kitchen / cook changes that quickly for example.

I think the discussion Raw vs Cooked is an interesting one.

How do you cook your liver to get it crispy, thought I might try to see whether I would like it. It isn’t my favourite meat and I tend to stir fry it but can only take so much before I’m thinking , I don’t really like this. I just get times when I think my body is saying I need to eat some. Do you do beef of lambs liver, pan fry or oven bake? Thanks x

I am sure Raymond will bounce back, he usually does, its just taking longer this time like his heart is saying phew I just need to rest! X

you’ve been away so long Vic not sure you’re aware of my Stroke and that I can’t ever go back to prisoner facing role so I am in process of applying for Ill Health retirement… only have a year left so whether I get it or not ??? Hey ho… stuck with my backside on a seat behind a monitor all shift. Still keeping fit though, I’ve not been completely written off hahaha

FrancoBear, sorry you are in pain.
I have this year started on CBD oil and am getting a lot of relief.
I didn’t look for it but I can’t take opiates, they suppress my breathing and cortisone ups my blood sugar, so my GP referred me to another doctor in her practice.

We regularly have rain here, fortunately, exceptions are rare. Winter and early spring was unusually dry. We had okay rain since quite a few weeks but not unusually much and it seems, it wasn’t enough. The nearby little frog pond recovered but the river has less water than before. It’s not so bad here as it’s already way bigger here but the pretty waterfall we visited is way higher up, it’s a tiny riverlet there, still enough for a nice look and big foamy splashing due to the serious drop but not being even smaller this spring

Not the same angle but the same place, the prettiest, most impressive part of the small waterfall (but we don’t have big waterfalls anywhere. the more famous bigger ones are on the other part of the country too). The old pic shows more but the bottom part is what is visible on the new one.
Now: 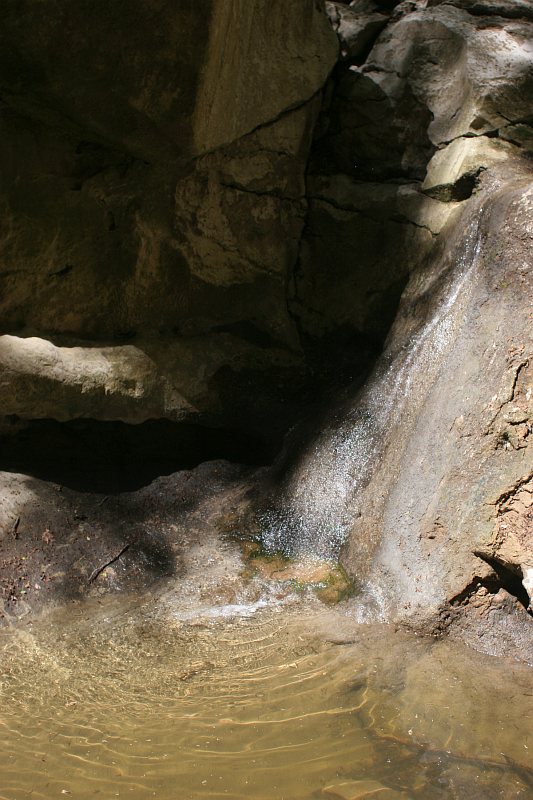 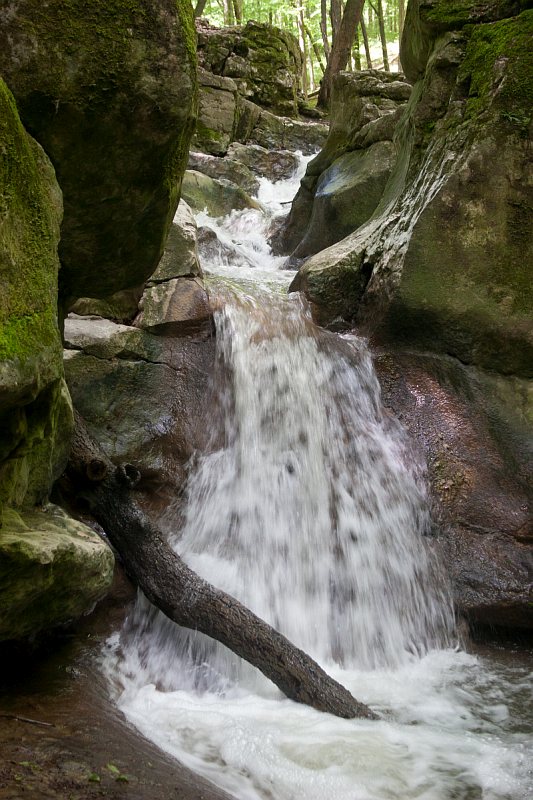 I haven’t expected such a drastic change…

Nothing unusual eating wise, I will be fine with my normal pattern forever, it seems right now. But I have such a big varitety at the moment

Leftover pork and turkey, rabbit, eggs… I already ate a few bites and half a sausage, this won’t be an OMAD day… I felt too full in the morning (the day before yesterday was too heavy BUT I was hungry and couldn’t sleep, what else could I have done?) so I except tiny meals but I am not in the mood to wait… Maybe tomorrow.
My near future will have chicken liver (just fried and as pâté), fried pork (70/30, I looked up what that is macro wise, yep, quite serious but it gives me rendered fat I use in the next several days) and a little taste from Alvaro’s turkey curry with way too much vegetables. But I can pick out the meat cubes, mostly. Just a bit or else Alvaro would have problems I imagine though he was so happy with his vegetarian curries in the past (and I prefer my pure meat anyway and it’s odd not to have pork for days). I ate that too, sometimes even liked it but it never satiated me and the only fish curry we made was way better anyway… I had my numerous vegetarian favorites but curry never was one. Except the tandori masala one half-full with eggs. That’s some kind of curry I suppose.
But it’s good, I want to fry pork and chicken liver.
But now I go and fry rabbit liver

That is the part we never put into some other dish, it just has to be fried. Good stuff.

I love how the taste of meat changes when it’s time to stop eating.

You guys here said it so many times, I will be mindful to it next time!

I can’t imagine the taste itself changes much, probably a bit… I just lose interest. But we will see.

I would love living near a waterfall!

I eat it raw and frozen! Honestly even the thought of cooked liver repulses me

I like beef, lamb, but especially goat. This is beef. Before Covid I tolerated beef liver, now I actually enjoy it!

Before Covid I tolerated beef liver, now I actually enjoy it!

interesting, it is your time on plan and natural change or something changed those darn taste buds for ya! either way it is a good thing ya hit upon. love it!

I still have almost no smell, so I would guess something with my taste

oh darn, no kidding, ya got some lingering issues…yikes
but you sound good and with time comes healing so hang in there!!!
who knows, your liver in the future might be a nil for ya but only time on plan and how we change shows us that

my food but darn if my tablet pic wasn’t shaking and sorry for blur, I think my cheapy tablet is going wonky on me LOL 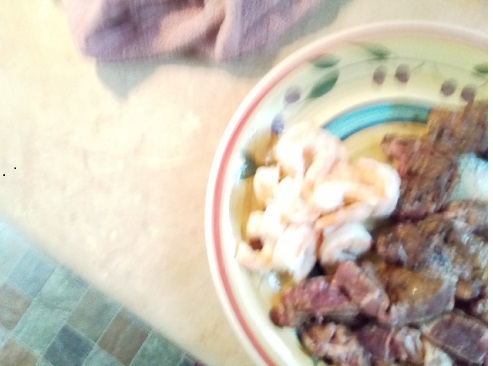 shrimp and fast burn outside and basically ‘blue rare’ or mostly raw inside is what I eat and love and this steak was tender and delish and I am happy and full.

later meal, not sure, right now in a good place

Sorry I must have misread your post i thought you said you’d cooked it crispy this time !

Lambs liver sliced as per Tescos…I recommend 3 minutes panfried each side.

Everyone’s tastes are different though!

Crap wakeful night again and eventually took a couple of herbal sleep tabs about 3.15am

got up this morning and still felt tied even though I think I got my quota … eventually! What I would give for a full night sleep every night… don’t just want one cos that will no doubt make me feel worse lol

Sat outside for a brew but the weather was trying to rain so I watched a little bit of A.M. TV, finished building the little barrow planter that had the part missing, had a coupe of pork chops shortly after midday and then out to the garden as the few spots of rain never amounted to much. Put some little umbrella planters up on the shed but may jiggle them about a bit … they’re a little bit like soldiers standing to attention! 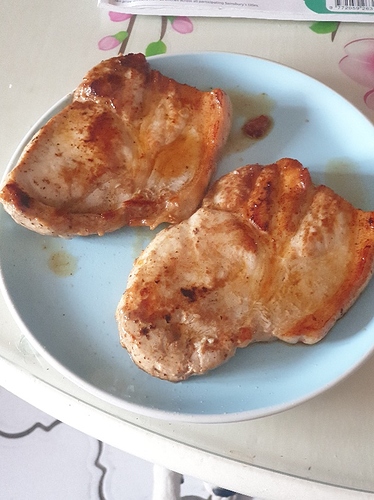 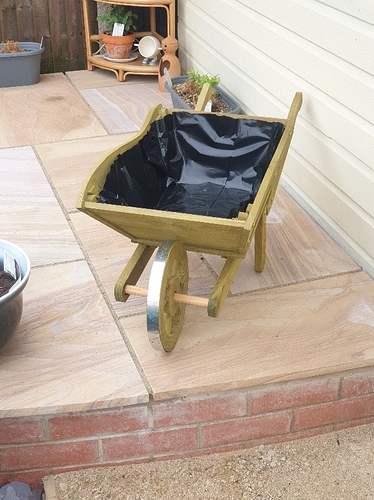 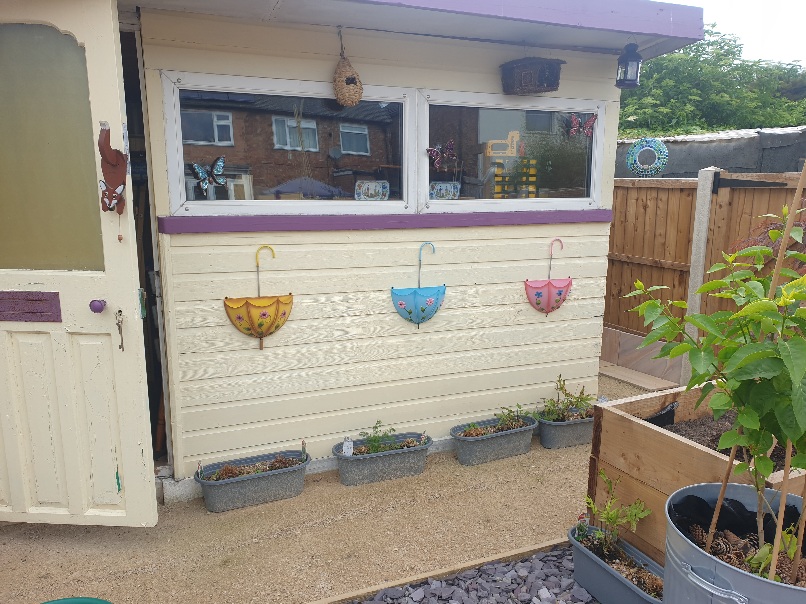 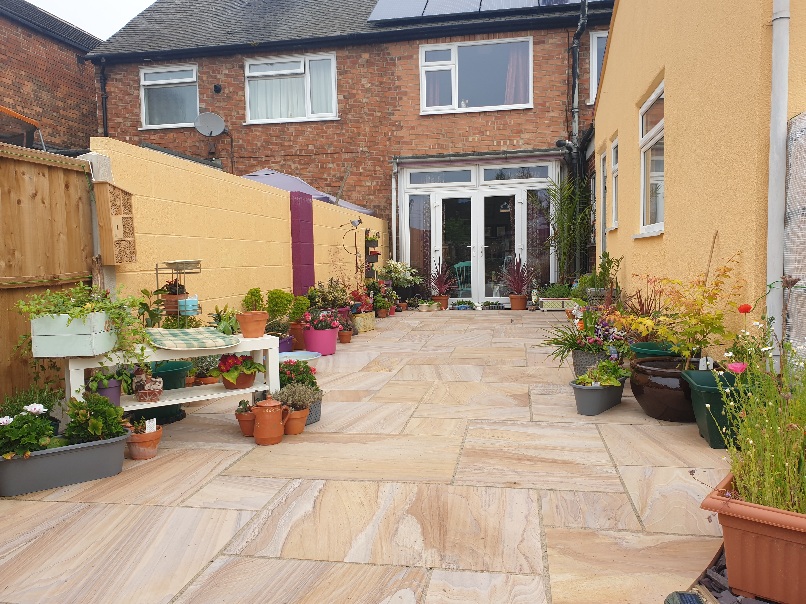 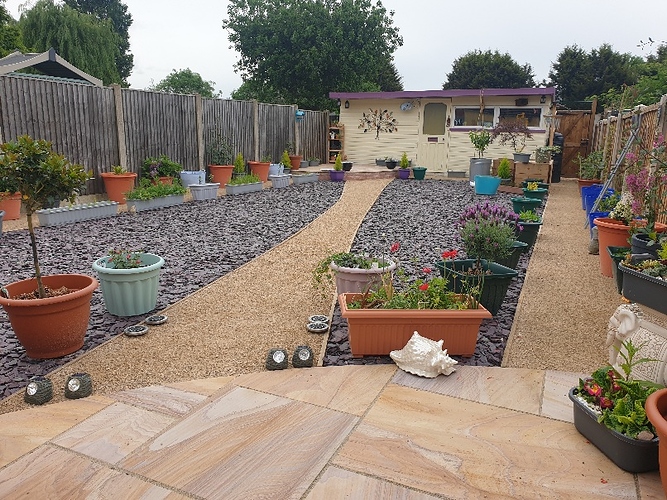 When I tidied my shed last week I vowed to sort it out properly and thats what I got on with today and I spent the whole afternoon doing it. Got rid of the rubbish and now there is a place for everything. Still have some bits to put in there as I have a stock of different tools around the house that can go in. Found some more plant tubs that I must have brought up from Mums and got the solar powered floating fountain working … for a bit lol. Wont buy another one, next time i’ll buy one from the pond shop.

Had 2 bowls of turkey mince spiced up for dinner at 6.15pm or there abouts. Very tasty. 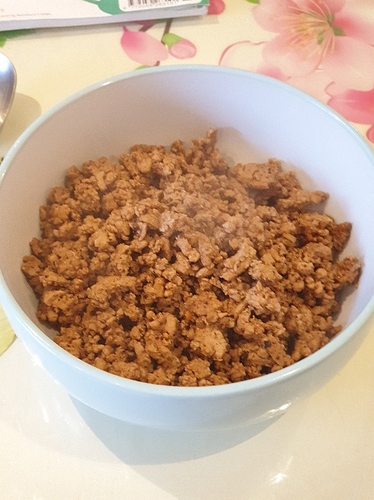 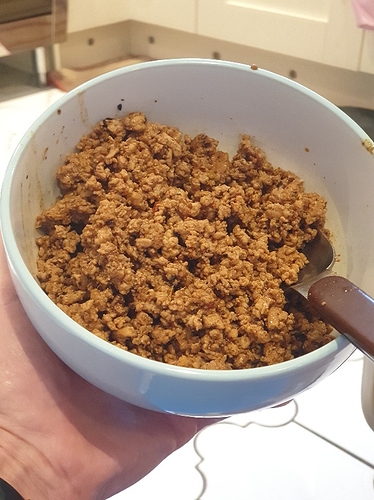 I am at work all weekend so will be in bed shortly.

Your garden is such a delight.

Not the produce I get.
They’re meaty and straight as a die.Slight curves, but so what?

BTW, I would’nt relate this to carbs, but more to the physical and cooking reactions going on, including convection currents (if in oven, or direct grilling and heat).

@Karen18 beautiful patio with all the gorgeous flowers, you’ve done so much out there, and your decorations are so cute!
I think you’re just a light sleeper in general, only 14% deep sleep lastnight and usually you’re in that category. I bet when you get out of that stressful job your Fitbit will have a field day reporting your sleep!
My Fossil app reported 7½ hours sleep lastnight and that may be close as I was awake with leg cramps from 4:30 to 6:30 but in bed from midnight to nearly 9! Left the house for my walk with the puppy at 9 but not home until about 10:15, a fairly long walk of about 1.6 miles.
I was so hungry at 4:30 am but didn’t eat till noon, 4 little pork chop pieces of which I could only eat 2, they were so lean and hard. 3 hours later 2 eggs with melted cheese and now I’m stuffed silly!

Hubby is leaving for Texas tomorrow, getting his laundry and food done and we got the final boxes loaded in the truck. Out for dinner tonight, it’s our tradition before a trip. I’ll probably get a burger patty. Nowadays restaurants are not about food. 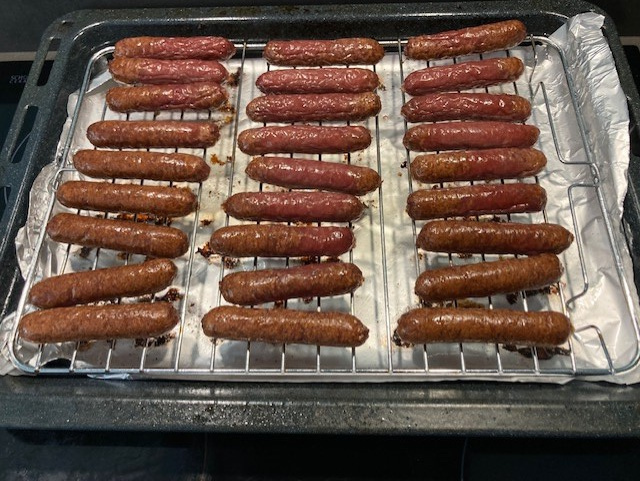