I’ve been underwired since I was 13. Now it’s bugging me - if I slump, my belly puts pressure on the wire. Ouch.

And a warning to anyone who thinks that going off keto temporarily makes sense and that getting back on will be a piece of cake, take my word for it that it will not be!

Yes, we are suddenly getting many stories of keto being harder the second time around. Please keep with it and stay on here - we miss you and your comments.

I did so well last year and not being hungry was wonderful.

I’m an outlier. One year on keto and still hungry, But I have IBS issues. Cheated maybe two weeks. No idea if I am even fat-adapted. But keeping with the straight and narrow.

I can deal(sort of) with hungry, I feel just plain cra**y! I went to the store today and for a few minutes I thought, “I’m actually going t have to somebody to come and get me! “ I had just scarfed down two handfuls of Himalayan salt(maybe slightly less lol) and just couldn’t get past this feeling. Blood ketones 0.2 this afternoon. Just can’t seem to get this back on track.

The funny thing is that my first month off keto, my weight actually went a bit lower. But once it started to go up, it was like a freight train, 20 pounds in a few months. That’s when I knew I was going to have to get back on and stay on.

Who knew it would be so hard???
Started

I never want to go back there. Short and small boned. It is just too easy to put on weight. Stay strong. Maybe start an accountability thread so we can follow along?

I ditched underwire when I was a D cup. Surely you can find a comfortable bra for your small frame. Go for it!

Maybe start an accountability thread so we can follow along?

I love the accountability threads because they evolve into personal chat threads about our lives.

And along the way we learn more about you and what your challenges are so we can support you and give you kind advice.

If you really are uncomfortable in underwires, then you do you. But the reality is that most women need more structure and support as they get older, not less. Gravity takes its toll on the best of us. For that without wires, you’d need non-stretch fabric and lots of seaming. I don’t think a properly fitting underwire bra is uncomfortable at all, and I’d rather wear wires than have my boobs flopping around my belly-button. That’s way less comfortable.

I’ve bought my ‘big girl boobs’ bras at Lane Bryant for years. Calique? Anyway, y’all have me thinking of exploring some options. I’ve had to buy a fourth round of new bras since starting keto a year ago. Sticking to 2 at a time until I get as low as I’m going to go.

I’m just terrible at them. I start with great bursts of enthusiasm that quickly devolve into, well, nothing written for weeks at a time. I am forcing myself to write down my daily weight and current ketone levels except that I don’t seem to be making any. 0.7 on the keto meter today, I guess that’s a slight improvement. I really didn’t expect this. I had so little trouble getting into ketosis last year, and I’m starting 25 pounds thinner. Maybe that’s part of the problem.

Feel your pain Noapples. Age and hormonal disfunction are huge inhibitors for getting into keto. I know you’ve been keto before and I am certainly not an expert, but I have seen my ketone levels drop often. When those levels drop I know I have to get back on the ball with tracking macro’s and drinking more water. A week of that always helps. Hope you find what works for you.

Well of course I will do me LOL. My boobs don’t sag in a non-underwire stretchy bra so I guess I am fortunate.

My comments were directed at @Regina who weighs 110 lbs and was complaining her underwire bra hurt her. Just suggesting an alternative for her. Obviously not something you would consider and that’s ok too.

I think I am ready for smaller bras and dreading replacing them because they cost so damn much!

Mine have 4 sets of hooks and I started on the widest one and now on the last (tightest one). Cinched the straps up several inches also and that’s all I can do without buying a smaller size.

At least the roll over the top of the band at the back is gone. I swear my “back fat” bothered me more than my big ass!

A 15 year study done in France showed that braless women(18-35 y.o.) actually had better muscle tone and less droop than women who wore brassieres. When bras are worn, the restrictive material prevents tissue from growing, which may actually accelerate sagging.

This study helped embolden me to ditch my bras as much as possible (sometimes through inventive layers), especially easy when working from home - and definitely not easy at all in a hypersexualized modern patriarchal industrial society that fetishizes female bits. For “modesty’s” sake I cover myself in ways Jane mentioned or with certain clothing, just because I am fully aware of the common, socialized, male gaze that this commercial society caters to 24/7… though I love & celebrate my female body. The power imbalance is the social setup that means that even when “modest” or covered up - there is still disrespectful male mentality of objectification of what might be under there. Until the structured power imbalance changes, it’s hard on a lot of women & girls.

A certain amount of gravity is also a reality in the gravitas/menopause years though, particularly for women who are collagen deficient. And for women who have suckled young - which is an awesome thing. In some African tribal peoples, the grannies with the longest flattest boobies are revered as they have suckled their own children and tandem nursed other children.

My beloved grandmother (who breasfed 5 children then later supported her family by taking work as a hospital orderly/nurses’s assistant then became a vocational nurse) had a fatty bosom so full of nurturing, it went to her waist - and as a child it seemed to me that because of that, all was well with the world.

I read “Dressed to Kill” shortly after it came out in 1995 and haven’t worn a bra since. And yes, @SlowBurnMary, I agree that our society makes it very difficult to make this choice.

@SecondBreakfast,
Don’t know if you’ve seen this low carb recipe for Yorkshire Pudding yet… I haven’t tried these yet, but Maria is an excellent cook. I’ve made many of her recipes, so thought I would pass on this link: 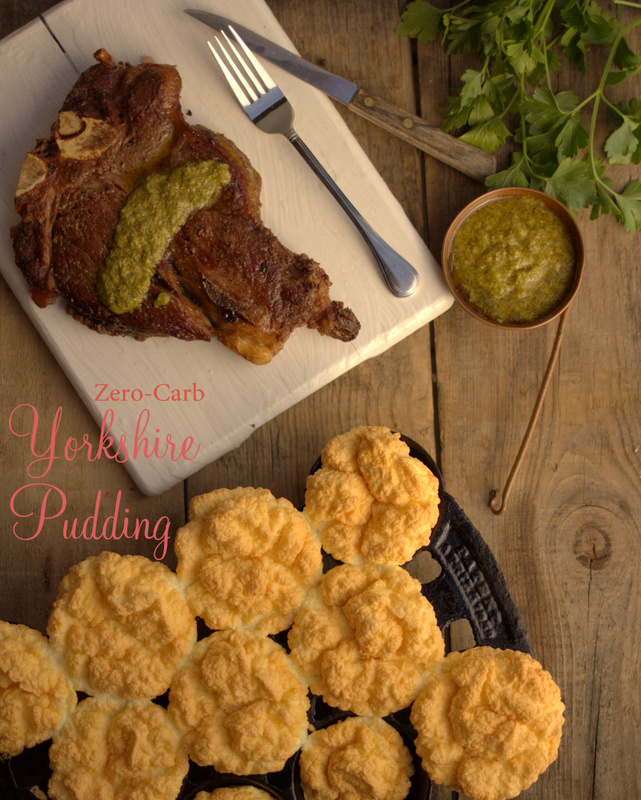 In some African tribal peoples, the grannies with the longest flattest boobies are revered as they have suckled their own children and tandem nursed other children.

But I’m okay with my culture’s standard, too–both as regards my physical comfort, which for me and lots of other women is improved over the free-range approach, and the aesthetics.

Well, update concerning Aunt Flo. I expected it back on or about April 22. Didn’t come until today, and even then, I had no warning. Its not been bad at all. I worked an 8 hour shift…hardly anything. No cramps.
Over the last six weeks, i did a couple 24 hour fasts, and went OMAD for the majority of the time.
Supplements I’m taking:
Ginger capsules
Magnesium
Iron Complex
Iodoral
Fish Oil

I think I might have gone period-free longer, but the pheromones from my two daughters may have attacked me and influenced my body to have a period again. Had to ride in a car for 6 hours with my 14 year old…and she had just started. Just an idea.
But…the combination of fasting, ginger capsules and fish oil were def. key to lowering the severity.

I got lucky. I nursed Mir for three years and my girls got bigger!