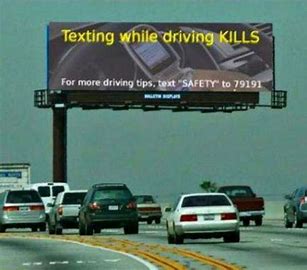 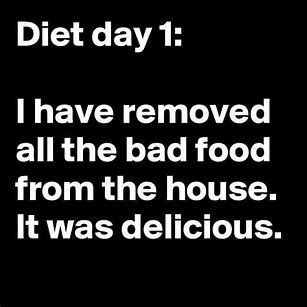 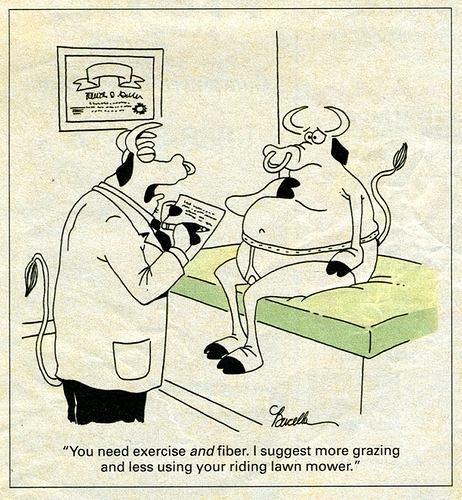 You ever read Stephen King’s short story “The Lawnmower Man”? Not the movie, but the story. (shudder)

I’m sitting here literally with tears rolling down my face because I’m laughing that hard. That was the funniest video I’ve seen in a while. Thanks for the fantastic laugh!! 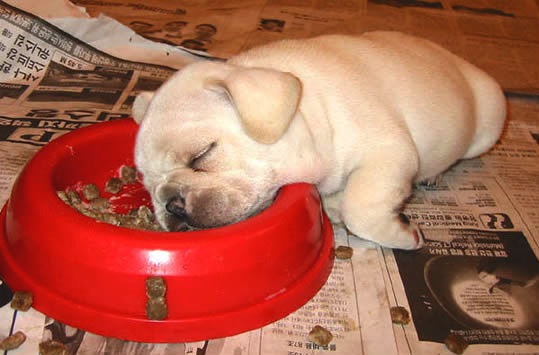 So glad you enjoyed it, Lewis is a legend. Incidentally, he’s well-known for his New York profanity so this was a rare bit that he sterilized for a mainstream primetime audience. This is the original (starts at 1:50), but you have been warned. I think he’s way funnier when he can just go off on one of his frenetic, profanity-strewn rants. Nobody curses like a New Yorkah. 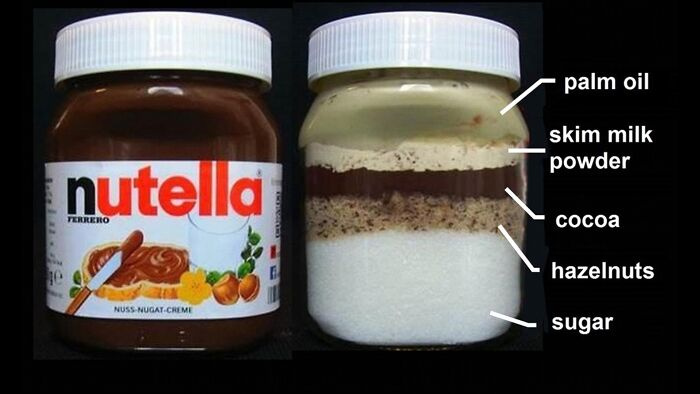 That’ll shrink your craving down to a stomach cramp.

Lol I have no problem with comedians and profanity if I can’t stop laughing. I only get turned off with it when there is nothing funny to pair it with. Then it’s just sloppy, lazy, tasteless effort. This guy is very funny. I’m excited to have some new material to watch with my hubby, who like me will be crying with laughter, and truthfully nothing makes me laugh more than watching my husband lose it like that.

no problem with comedians and profanity if I can’t stop laughing. I only get turned off with it when there is nothing funny

Lewis has tons of clips in You Tube. Check out his new format, The Rant is Due, where he reads letters people write in and provides the, shall we say, artistic emphasis. The ones about food are some of the best, people lose their everlovin’ minds over food. 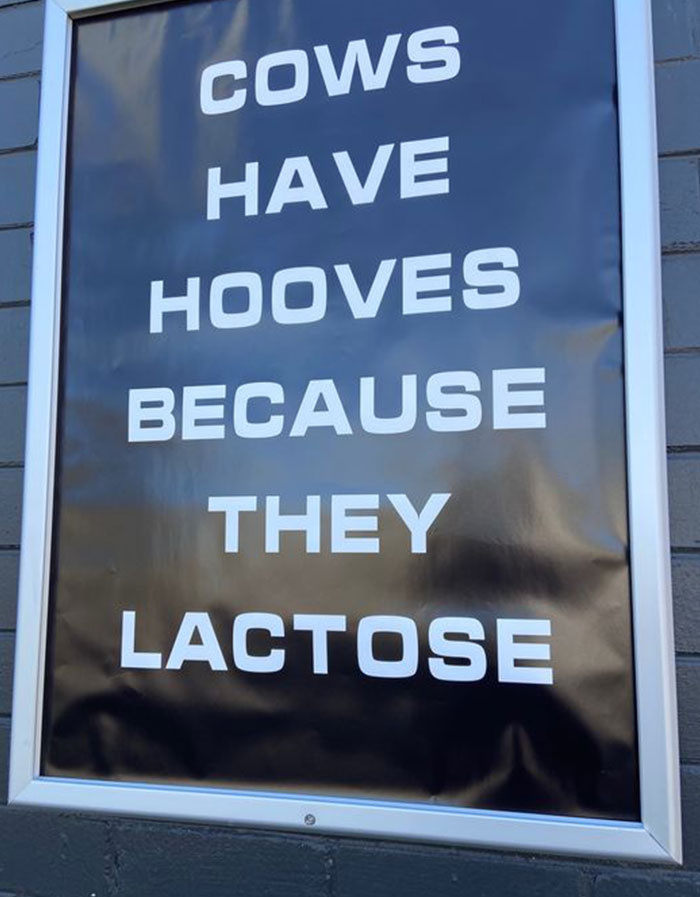 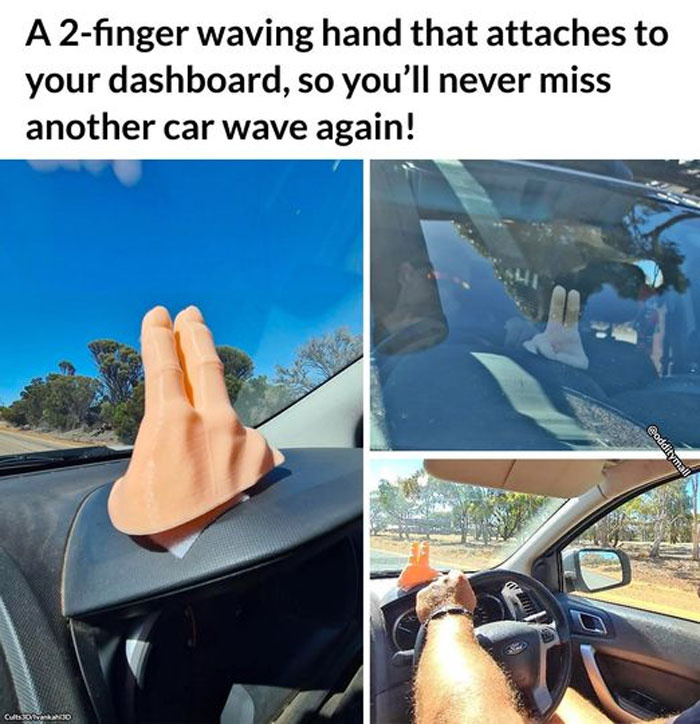 For Memorial Day weekend traffic, I’ll probably only need half of that.

The one-fingered salute definitely removes all possible ambiguity from the message. Churchill had to be tactfully told that his “V” for Victory sign meant something quite different from what he intended, if he showed the back of his hand to his audience. I once would have very nearly committed the same faux pas, had it not been for the timely instruction of some British friends.

I’ve read that it’s actually a thing among severe alcoholics in withdrawal. There’s just enough alcohol in there to have an impact. Horrifying.

They drink very nearly anything with an alcohol content, I know very trustworthy people who saw worse (some alcohol for cleaning hardware parts but really hardcore ones drink metil-alcohol as they don’t feel the difference). Vanilla is at least something people eat. In tiny amounts, it’s HORRIBLE even when I use too much but could be worse.
We have some interesting flavored alcohol that people use on sugar cubes (or is it past time I wonder? it was a big thing decades ago), it’s for the throat or something? No one in their sane mind would drink it, it’s very intense and very alcoholic but hardcore alcoholics totally buy and drink that too, people say.

Religion, just a tad, more like people, skip if it bothers you.

I have no idea about Baptists but I am pretty sure that being an okay person has about nothing to do with their religion. There may be some correlation in extreme cases (I mean when the religion is extremely strong and bring serious sacred rules for even little kids, that must have an impact, of course even that can’t keep everything from using their brain later) but for Christians… Nope, I don’t think the religion matters so much in general.
Btw I am originally a calvinist, well, only I was christened like one, I am very much against some ideas. But that isn’t such a bad religion, I have way more problem with the catholic religion but especially the church and especially the historical one.
The people are just people like everyone else so I need to know them to form an opinion. Just knowing that they are buddhists, muslims or modern satantist may change my base wariness/friendliness level but it means nothing alone, they may be wonderful people or horrible ones. People being forced into their religion and not being able to leave it easily may be totally against some teachings, even.

This is one of the most horrible attitudes ever. I know its existence, of course but it’s always shocking to some level.

Because it’s not about the religion, it’s about the people themselves. A religion can’t make a bad people a good one or vice versa. It may push it into some direction but it’s still about the person.

That’ll shrink your craving down to a stomach cramp.

Actually it gives me no additional info, I looked at labels before, it’s clear. Do some people need the visuals to comprehend this?

And cravings may or may not go away, depends on the situation and the attitude towards the item. Reading labels helped me before, I don’t even want Nutella ever again but it can’t work with Timtams…

I have no problem with profanity (they are words with their roles) if they are used with some reason and not all the time, that ruins the effect anyway.

CAR waves… People have there somewhere? For some special occasion?
We have that only for bikers (all the time)

It’s cute, I always liked it in my few biker years.

Because it’s not about the religion, it’s about the people themselves. A religion can’t make a bad people a good one or vice versa. It may push it into some direction but it’s still about the person. 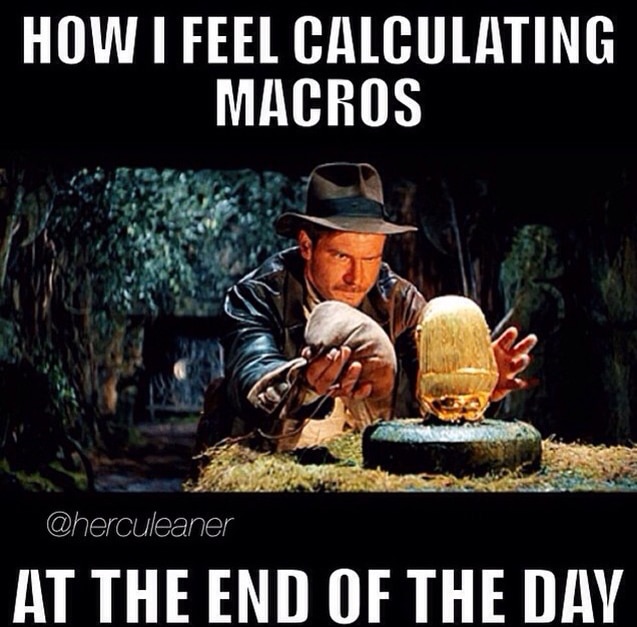 How to know if you are brain fried from researching keto so much: you spend all your available forum minutes inside the Humor and Humor2 threads.

But my hats are off to all those who posted the fabulous funnies in both. I’m only up to post 400 in the first thread, because I have to sleep and eat sometime, but you guys have turned two crappy days into the most giggles I’ve had in a long while, and I can’t thank you enough.

I agree… it’s a happy place to visit.