Grilled Potatoes? You Better Believe It!

I didn’t believe it!
I couldn’t believe it!
Until I did!
Oh my goodness! If you haven’t, you should!
This is magic!
Don’t take my word for it! Try it! With Dill, fresh unsalted butter, sea salt, cracked pepper, and a touch of paprika… It’s magic.
This article really tells the story. 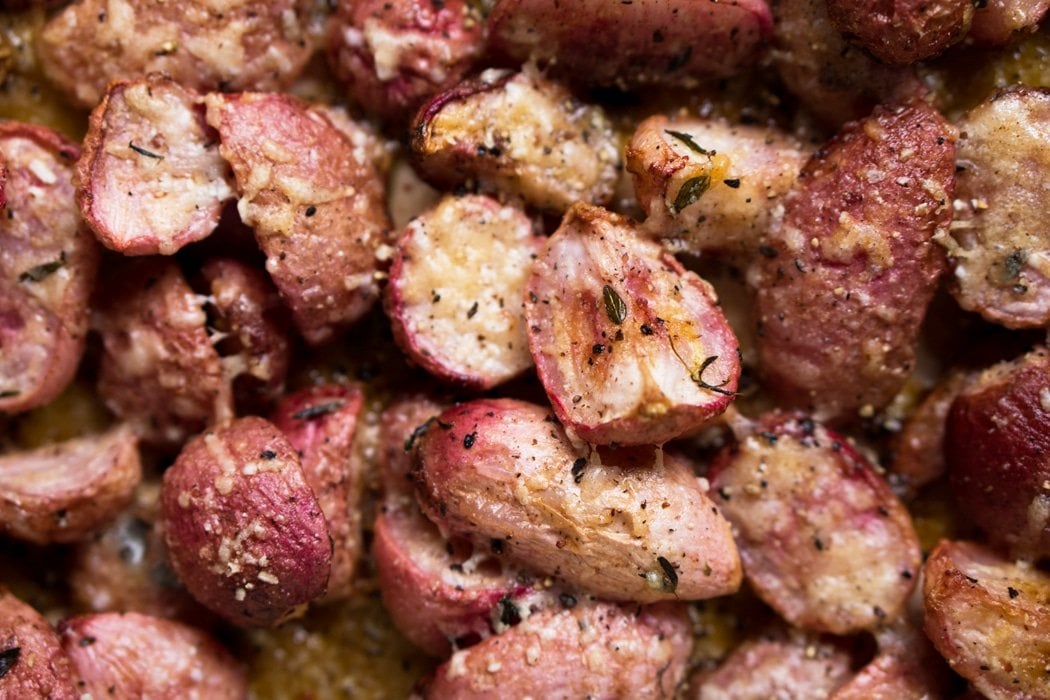 An ideal side! At only 1g net carbs.

Thanks for posting this. I have used turnips as a potato substitute in soup, but never thought to dress up radishes. When I make it I’ll post it over in the “What did you Keto” section.

I never thought about cooking radishes. I’ll have to try this out.

I am going to try it!

I put radishes in beef stew as a sub for potatoes. Works great.

I am gonna do that! Betcha they are amazing grilled first then added to a good roast to grill even more. Make gravy using xantham gum… Delicious. My gravy is incredible.

I love roasted radishes! I have also used them as a sub for potatoes in zuppa toscana soup.

Roast leg of lamb and radishes.

HEY HEY HEY! Just added to my grocery list. Thanks!

Yep, done these a few times in the past. It does make you wonder if you could par-bake them (sliced), then try making traditional scalloped potatoes with them. (using heavy cream rather than milk of course - don’t want any of the carb-count of lactose!)

Turnip is definitely the winner for keto French fries - especially when you make poutine with beef gravity - I mean gravy!

(I call it that as tongue-in-cheek - the more of it you eat, the more susceptible you are…though, now we know better)

Hey! Thanks I keep hearing about these turnips. I never tried them.
French fries? Do you happen to have a good recipe?
I would love to try them
Thank you

They’re not made from turnips, but these “fries” are pretty good, especially with covered in gravy, bacon, and cheese, as poutine. Coming from a Canadian 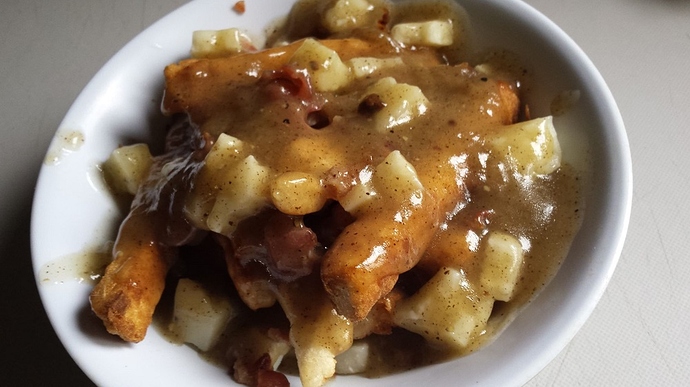 I bought some radishes to try this recipe this weekend. Needless to say, my wife is dubious. As am I.

But then we make fauxtatoes with cauliflower every once in a while, and to me, these are a great substitute for mashed potatoes.

I fried radishes before but roasted them… Like this… Maybe I will try it one day. With black radishes as they are cheap, even in the middle of winter and I wouldn’t roast my precious lovely tender juicy red radishes

They are perfect raw. Not much flavor but great color and the mentioned things. If black radish will be too spicy, there is daikon…

It’s very obvious to me that it won’t be even remotely similar to potatoes but it’s not a problem.
My tastebuds are very sensitive, I am a hedonist who enjoys food (well I guess it can be hedonistic to replace anything with anything else too… but I am not that kind) and potato has an extremely unique, quite strong flavor (at least the best ones). The texture is another thing, I doubt radishes would do that but it doesn’t matter, I always ate potatoes for their flavor (and crunchiness, usually. never liked mashed potato :D). Nothing can replace them at all. It’s the case with most food, actually. Quark is surprisingly easy to replace with coconut and lemon juice but that’s a big exception and quark has a very subtle flavor unlike good potatoes.

Love them mashed with sour cream and butter! Yum

Usually, I try to have most of my vegetables in season, and this is not the season (snow on the ground) for any vegetables. But I’m willing to try a new recipe, especially if it tastes anywhere near potatoes. I can see this going with other roasted meats.

Quark is surprisingly easy to replace with coconut and lemon juice but that’s a big exception and quark has a very subtle flavor unlike good potatoes.

How do you make this quark substitute?

This is the cheap stuff in winter here. Black, spicy, very hard radishes. I don’t like them but my SO does so we often have it. (He said he needs them now so my experiment will happen later.) They aren’t bad just too hard for me so maybe they will get tamed in the oven

My anchestors ate below-ground vegetables in winter as they were easy to store… I find that fair. If I can handle no veggies for half a year, I probably can do it for the other half as well

I actually do that, I very rarely touch veggies now. Except a weeee bit for my meat sometimes but if I lived alone, I wouldn’t do that.

How do you make this quark substitute?

I don’t actually make a quark substitute anymore (but I did it back then when I had no lactose… it was finely shredded coconut, some coconut oil and lemon juice, don’t remember more, probably according to taste? it’s coconut-y, sure but still resembles quark

maybe it’s just me?) but whenever I put coconut and lemon into some cake, I can’t help but get reminded to quark. Coconut and lemon juice together has this effect. Maybe it’s just me. To me, quark is almost tasteless (it depends on the brand but the store-bought ones all have little taste) so it’s not hard to substitute - for sweet stuff. I always hated a noticeable coconut flavor in not desserts but I loved coconut flavor in desserts so it never bothered me when it accompanied the “quark-like” feeling in them.
There is a fake quark made from mostly egg whites (barely whipped, boiled and strained, little fat and lemon juice), it’s nice to eat alone (many people wrote their family can’t tell it apart from the real thing… not very skilled individuals but yeah, it’s closer than cauliflowers to potatoes) but isn’t a good replacement in dishes, I tried it once only but it was disappointing, too weak somehow, a bit too soft as well… But if I desperately wanted a faux quark for salty purposes (and other dairy would be out too… okay, I am probably the only one who would think of sour cream in this case… the texture is off but hey, both are somewhat sour dairy and I love sour cream), I couldn’t imagine another option. Some vegans can but they aren’t me. I hate the awful tofu flavor.

Just made this. So good. If asked to identify what I was eating, I would have guessed potatoes. So yummy! Now I wonder if mashed radishes are as good as mashed cauliflower.