I also hope all is getting better for your family.

I also hope all is getting better for your family.

Awe, keeping your family in my prayers my friend.

Thank you very much, I always welcome all prayers! (as I am doing for Dave and yourself and many of the amazing people on this fabulous forum). You are a wonderful bunch of people and I appreciate the people on here very much =).

You are very welcome and thank you.

Week 122: Well, my knee is still on the mend, but it still hurts at times whether walking or moving it around. But I believe its getting better. I’m not icing it as much, but do here and there. I’ve also been taking one of the knee braces we have & using it during the day at work & a few times at home. Just adds some needed support. But don’t think I nearly ready to push it trying to get some Hunting in just yet. But this really sucks, since it’s a bit unseasonably cold presently, and it’s definitely got Deer on the move. I’m hoping to give it another week or two and maybe I can get then? … Showed a bit more then 1.5 loss this week, which is always good, and I’m sure any loss will help with the knee as well. I’m also planning to do some additional work outs here soon. I’ve been shooting the bow here and there to just tone up the arm muscles some, & would actually like to start hitting the Total Gym a couple/few times a week as well. It’s always helpful, being Hunting itself can actually be quite the workout overall. There’s a lot of walking, climbing, dragging and lifting involved when you look at the whole picture.

Congratulations on the weight loss. Good luck with the knee problems. Mine are improving through exercise. Happy hunting!

And glad to hear your improving, as I believe I am as well. I didn’t go to any Doctors or anything, but pretty sure it’s an inner meniscus strain, similar as I dealt with a few years ago in my right knee. But definitely getting better, after working with it for the past two weeks. … And yep, looking forward to getting out to do some Hunting, as I’m seeing quite a few on the move with the unseasonable colder weather we’ve been experiencing. But surely don’t want to rush it, knowing it will only prolong the overall healing. … Thanks again.

I believe its getting better. 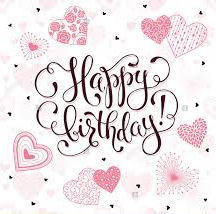 Happy Birthday Dave. Hope you have a great day. Best wishes on the knee healing quickly.

Thanks, Hun. Love ya…

Happy Birthday, Dave, many Happy Returns and I hope that that knee will be feeling better soon!

Finally caught up on your thread. Okay, I skimmed most of it, but from what I could tell your weight is going back down from earlier this year, you’ve been dealing with a lot of flooding in your neck of the woods, still rocking some kickass artwork, oh and you’ve recently had a birthday.

Let me know if I missed any of the important highlights.

Thanks, Darren. Nope, that’s pretty much the basics.

Week 124: Still dealing with the knee unfortunately, but it has gotten much better. I’m just getting an occasional sharp twinge on the inner side of the knee, if I happen to turn the wrong way without thinking and it’s like the knee’s saying ‘Hey, I’m still here’ … But at least it’s not swelling much anymore, so I just need to watch it and still take it easy for a bit more. Steps are the worst for it, and namely going down? I seem to be able to climb up with not many issues, but going down steps seems to jolt it quite a bit. I’ve been side-stepping down to help prevent this. … As for the chart, I’m still showing loses, and have been putting in 2 small Fast each week, (41 - 50 hrs.) which I find assists with gut relief/digestion. (Something I’ve always liked with Fasting, or simply meal breaks. Appears to let the system run better. So this is the main reason I’ve been doing it, but also been holding back from doing longer ones since reincorporating Fasting. I tend to get in the mood quite often to Fasting a lot, and just don’t want to over-do-it. Which at times just leads to me missing good meals, and I know it can also derail meal planning at home.

But I did mention to V that I would probably do a weekday fast here in the next couple weeks.

I hope that your knee will continue to heal, Dave. Take care.

Thanks, it’s getting there.