I am so sorry, Dave, that you lost Kito =(. I know that our pets become members of the family and it is always heart breaking to lose them. You and V loved him and he loved you both so much too; just cherish all the happy memories you have of him. It is lovely to have these pictures as well. He was a very handsome boy and so happy looking. Take care, Hugs to you both.

I’m sorry you lost your pup Kito. He was a beautiful dog an obviously very close to you.

Oh Dave, so sorry for you and V. It is the most loving and hardest part of loving them, having to say goodbye. He sure was beautiful.

Dave and V I’m so so sorry for your loss. I’m sitting here crying for you. Damn.

Thank you all so much for the kind words and sentiments. V and I truly appreciate it. … And yes, it is terribly hard to lose a family member, especially one so special. But I also know that it should hurt as well, because If it didn’t, we were doing something wrong. I sometimes think that we bond with our pets on a level unforeseen like any other. I believe this is due to the way they always give back unconditional love, never being judgmental and simply just wanting to be part of your life.

Nothing compares to all the joy they bring into our lives. … He will always be missed…

Thank you all again…

I am so sorry to hear about your loss. I know I had to say good by to one of my cats recently and I am not even going to try and sound manly … I was a weeping mess at the vets. If you, and you SHOULD, consider your pets “family”, then it hits you like you lost a family member and that is not easy. Just remember the 8 years of love and know you did all you could.

Thanks, Jody. And yes, this is exactly what I’ve been saying to V and my Son. As hard as it is to lose them, I’ve always cherished the time they are with us. I can’t image life without their companionship.

But I also know that it should hurt as well, because If it didn’t, we were doing something wrong

Agree. sigh. it’s a hard pain but it is what enables the joy to stand out. I “hate” it but I want to feel it at the same time so I accept it (as I cry)
My sympathies.

Such a lovely dog. Such a big loss. I am so sorry Dave and Virginia. My heart goes out to you.

I am so sorry for your loss. Kito sounds like a pretty special doggo.

@cervyn … Thank you, and no, I couldn’t imagine not having any furry friends around. I find too much joy in sharing our lives with them.

@xsuebeex … Thanks, much appreciated. Believe me, he was beautiful through and through. Just a great Pup and couldn’t have asked for anything better.

@Ruina … Thanks Ruina, and yeah, he was quite special indeed. Just a big Fluffy Sweetheart. 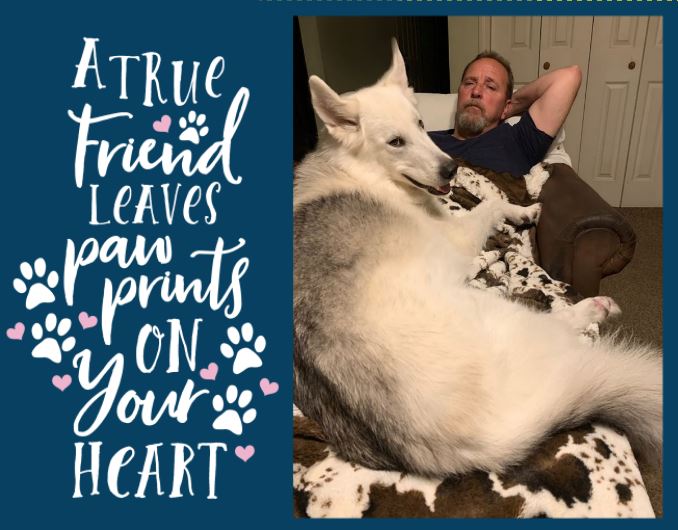 Your welcome, love ya.

Oh Dave. I am sitting at the airport in Houston waiting to board my flight home and fighting back tears reading this. I am so sorry for the loss of your fur baby.

Thank you, Jane. Appreciate the thoughts and hope your flight home went well.

Week 97: Well, though I’ve been around some, it’s been quite a while since I’ve updated anything in here. - To be honest, there hasn’t been much going on really, at least not much of anything good…

As mentioned previously, things started to go a little south back in late November, 2019. First with Kito being diagnosed with Kidney Failure, and then passing just a couple days after his 8th Birthday in early March. About the same time he was diagnosed, I was dealing with sinus/congestion issues myself. I never got properly sick, but I was dealing with some major congestion, along with a really bad cough. (More-so then usual for change of season issues I normally have) Actually started taking meds for this around the end of November or early December, after not being able to shake it for a few weeks. Took Robitussin for a few weeks, which did seem to help with the bad cough but the congestion stayed and I ended up having it for a few months total. Just couldn’t seem to shake it for some reason and I’m pretty sure this crazy weather didn’t help with this. - Along with Robitussin, I took Mucinex for nearly a month, as well as some Sinus meds, not to mention a shit load of Halls. All this just to try to keep my breathing somewhat cleared best I could. During this time it seems there was stuff going around, both around our house, as well as in the office. I had staff taking off not feeling well, or leaving to go back home with the kids or siblings sick, etc. So at least I wasn’t along in all this, but glad to say I haven’t taken any meds in the past 3 weeks now? - Which was just about the time this damn epidemic really started hitting us.

I’m not sure just how long this epidemic is going to last, but I know it’s really taking it’s toll, and it’s very sad to hear so many folks suffering from it. We are simply staying at home, with only running out if we need to pick up meds for V, or just to run to the grocery store for needed items. Other then that, we’ve been house-bound for a few weeks now. - I’ve been working from home 3 weeks, and I’m glad my Son is also working from home the past couple weeks. (With V’s medical issues, including a compromised immune system, we have doing our best to be as safe as possible) … Though I don’t watch the news, V does, you still hear all the stuff one way or the other. (Radio/TV, etc.) I just wish we would stop hearing of those who just can’t seem to stay at home or simply can’t stay away from places with so many folks. It’s only going to help prolong this epidemic even longer overall… :sad 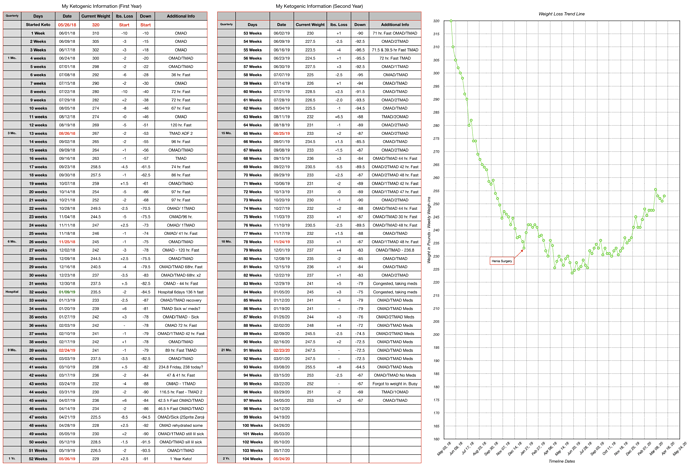 Well, other then just trying to get through all this as safely as possible, and hopefully soon. I am glad the weather is finally starting to show signs of being more steady, and nice. One of the things that we’ve dealt with this Winter. This has been one of the craziest Winters in some time. No snow at all, but I can’t recall the last time I’ve seen the weather go from 20’s and 30’s for a few days, up to 60’s and even 70’s! And this seem to go on most of the past few months. It’s no wonder so many folks have been dealing with illnesses and such. … But I’ve cut grass the past couple weekends, including trimming a bunch of trees, burning up all the trimmings and even did a first till on my garden this passed weekend. … With all this stuff going on, I might just get my stuff in sooner than later this year. Probably this weekend or the next? Not sure just yet, but I do need to till and rake the garden one more time before I start to plant. I just want to make sure not to put stuff in too prematurely. I’ve lost plants before with bad weather setting in after I planted. (Mostly due to rains, but also cold weather) So I usually wait until after mid-April, but crops might be needed even more-so this year?

First pass/till this season… also didn’t bother to rake and V’s Lemon Balm plants were left in place since they already started blooming a couple weeks ago. (She grabbed some to use just the other day) … And yep, Khaleesi has killed a few Rabbits in the past weeks, so it’s that time of year. 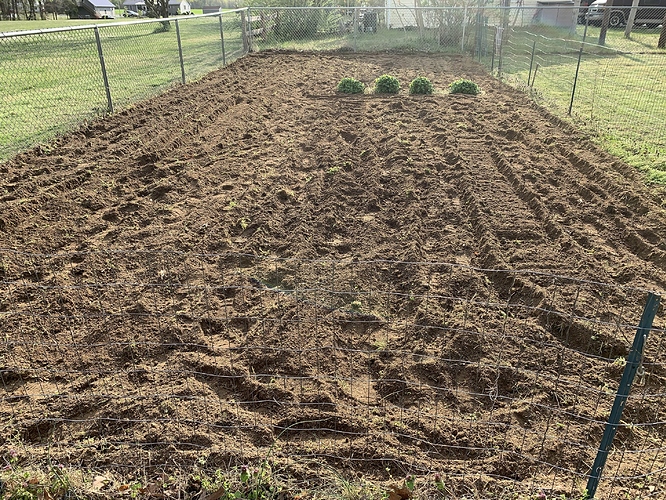 I hope that you and your family all have a better 2020, Dave, and that you regain full health and well being =). Take care =).

Thanks for the update Dave. My regards to V.