Cancer in a remission!

I told him my theory that my very low insulin levels caused by my diet and (@meganjramos’s) intermittent fasting helped greatly; insulin being a growth hormone. He said Metformin, a drug used by diabetics to lower insulin, seems to help treat cancer. That’s some confirmation of my theory.

In any event, he said keep doing what I’m doing; including all the exercise, which he thinks is very positive for cancer (plus, he’s an amateur tri-athlete).

BTW, I’ve been following @amber’s lead in eating a ketogenic paleolithic carnivore diet for the last 6-9 months. Love rare ribeye grass fed and finished beef, smoked wild sockeye salmon (lox), and prosciutto! I do use coconut milk and oil in my coffee and olive oil on my canned wild sardines.

A hearty congratulations to you @sks23cu

AMAZING! Congrats to you!

Amazing! This is wonderful news.

CONGRATULATIONS!!! Keep up the great work!

Congratulations!! What a huge relief! Keep up the good work

Congrats on a job well done!

FINDINGS:
2 small foci uptake in the skull, stable. Stable uptake in the upper thoracic spine and the lumbar spine. Some of these are likely related to degenerative change. Small focal activity in right posterior iliac crest is also stable. No suspicious new bone uptake identified.

No significant cervical mass or adenopathy. No supraclavicular or axillary adenopathy. There is no suspicious pulmonary nodule.

BACKSTORY:
Only standard-of-care medication during period from Summer 2016 chemo treatments to-date has been Lupron Depot shots every 90 days; the same standard-of-care medication I’ve been receiving since before, during, and after external radiation treatments in Winter 2011-2012. Since Lupron did not prevent metastasis it probably did not cause this remission by itself.

Self prescribed and administered adjuvant therapies:

My conclusion is that my carnivore ketogenic diet has been a huge factor in this remission. I obviously have to continue it indefinitely; oh WOE is me

I told him my theory that my very low insulin levels caused by my diet and (@meganjramos’s) intermittent fasting helped greatly; insulin being a growth hormone. He said Metformin, a drug used by diabetics to lower insulin, seems to help treat cancer. That’s some confirmation of my theory.

And here’s much stronger confirmation: 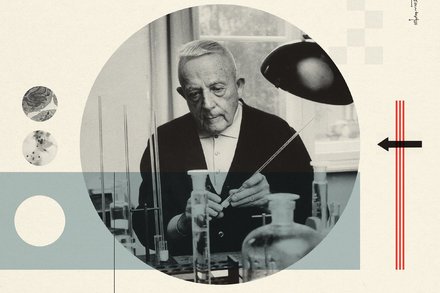 In the early 20th century, the German biochemist Otto Warburg believed that tumors could be treated by disrupting their source of energy. His idea was dismissed for decades — until now.

In 1953, James Watson and Francis Crick pieced together the structure of the DNA molecule and set the stage for the triumph of molecular biology’s gene-centered approach to cancer. In the following decades, scientists came to regard cancer as a disease governed by mutated genes, which drive cells into a state of relentless division and proliferation.

But over the past decade, and the past five years in particular, something unexpected happened … scientists now wonder if metabolism could prove to be the long-sought “Achilles’ heel” of cancer, a common weak point in a disease that manifests itself in so many different forms.

Even James Watson, one of the fathers of molecular biology, is convinced that targeting metabolism is a more promising avenue in current cancer research than gene-centered approaches. At his office at the Cold Spring Harbor Laboratory in Long Island, Watson, 88, sat beneath one of the original sketches of the DNA molecule and told me that locating the genes that cause cancer has been “remarkably unhelpful” — the belief that sequencing your DNA is going to extend your life “a cruel illusion.” If he were going into cancer research today, Watson said, he would study biochemistry rather than molecular biology.

… what may turn out to be one of the most promising cancer metabolism drugs has been sitting in plain sight for decades. That drug, metformin, is already widely prescribed to decrease the glucose in the blood of diabetics … . In the years ahead, it’s likely to be used to treat — or at least to prevent — some cancers. Because metformin can influence a number of metabolic pathways, the precise mechanism by which it achieves its anticancer effects remains a source of debate. But the results of numerous epidemiological studies have been striking. Diabetics taking metformin seem to be significantly less likely to develop cancer than diabetics who don’t — and significantly less likely to die from the disease when they do.

The insulin hypothesis can be traced to the research of Lewis Cantley, the director of the Meyer Cancer Center at Weill Cornell Medical College. In the 1980s, Cantley discovered how insulin, which is released by the pancreas and tells cells to take up glucose, influences what happens inside a cell. Cantley now refers to insulin and a closely related hormone, IGF-1 (insulin-like growth factor 1), as “the champion” activators of metabolic proteins linked to cancer.

“I think there’s no doubt that insulin is pro-cancer,” Watson says, with respect to the link between obesity, diabetes and cancer. “It’s as good a hypothesis as we have now.” Watson takes metformin for cancer prevention; among its many effects, metformin works to lower insulin levels.

Thank you @JEY100 for bringing this article to my attention!

This is incredible! And for me, this is what this is all about. Good health to you!!!

That’s awesome news!! On an odd, semi-related note, a friend with (almost) your same name was just diagnosed with colon cancer. I’m trying to find a way to bring up the subject of including keto as part of his treatment.

You are welcome. The author of this article is working on a book on Cancer Metabolism. In October, he also wrote an article for the LA Times:

Cancer metabolism research hasn't yielded a treatment drug but it can provide us with something just as crucial: knowledge about how to prevent the disease in the first place

Sinker, one way to bring it up is say you just read an article with a cancer expert about the diet, e.g. this one from Today Show. https://www.today.com/health/ketogenic-diet-how-high-fat-low-carb-eating-may-fight-t118177

The Diet and fasting may also help reduce the side effects of treatment. Dr. Champ had a talk on it a few years ago. http://www.cavemandoctor.com/2014/11/14/dr-champ-gives-lecture-florida-ihmc/