Canberra is overflowing with Truffles ATM 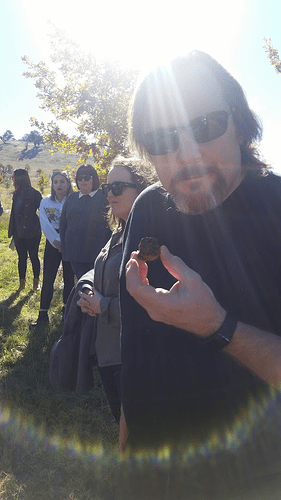 So last weekend Jules and I went on a Truffle hunt at the Canberra Truffle farm. It’s just the very beginning of the truffle season here as we have yet to have our first frosts but they opened up the farm and kitchen for a bunch from the Press club and I tagged along. [image] This is willow the truffle hunter and a truffle she found. [image] That is a perfect perigord (french black) truffle. That would cost roughly $100. Willow found it at the base of a hazelnut tree. This monster is a 4… 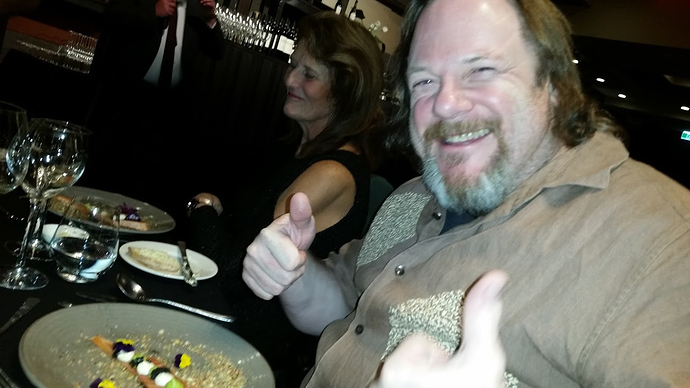 Truffle degustation at the NPC Food

https://discourse-cdn-sjc1.com/ketogenicforums/uploads/default/original/3X/7/8/781c4f9789a0c178613aafd6de1dc0cb8331f1db.png Oyster with sea urchin and truffle foam and a glass of bubbles [image] I avoided the Cobb and just ate the butter - scandalized a few ppl at the table apparently. But the truffles were in the butter not the bread. [image] Raw beef then they came around and poured over it a truffle consomme [image] Cured salmon with avocado puree, caviar and truffle mayonnaise [This…

All you do is store your cut truffles with eggs and the smell permeates the shells. No less than 2 days, no more than 3, is the magic number. 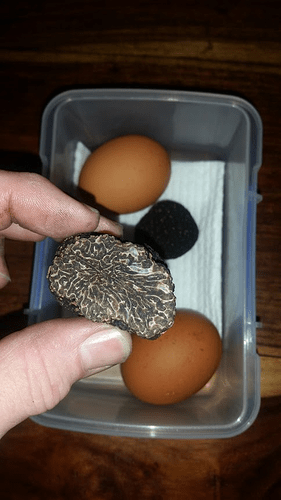 Then you make a scrambled eggs with the eggs.

This is an extension technique to take 10g of truffle ($25 worth) blend it with butter and have the same effect as $250 worth of shaved truffles.

Take some butter softened in the sun 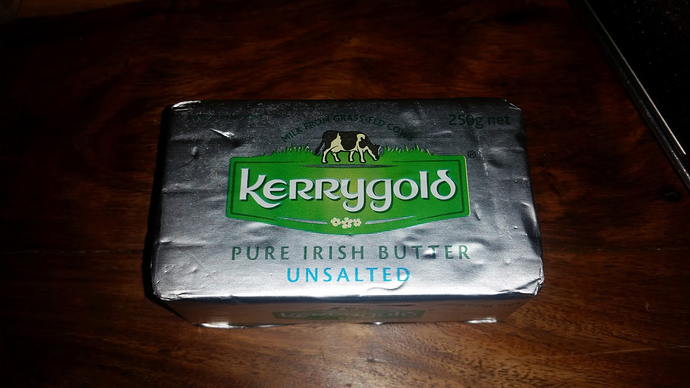 Cut it into chunks, into a bowl and add micro planed truffles and about a tsp of good flake salt. 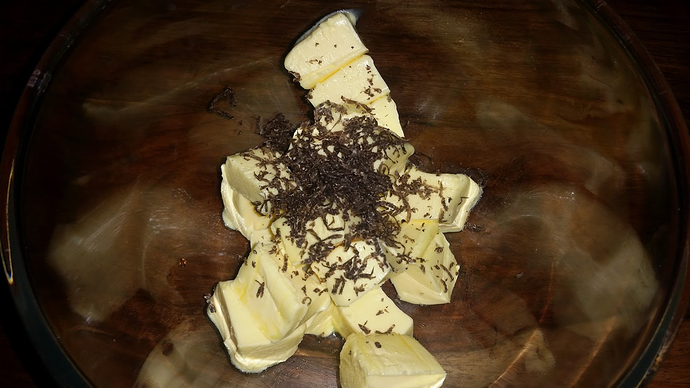 Mix with a fork until well blended 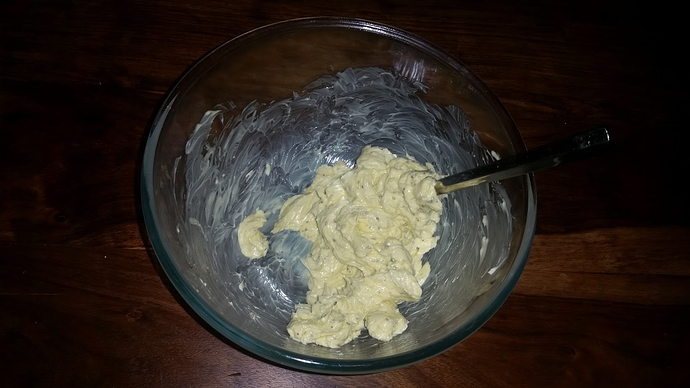 It takes around 2 days for the maximum effect of the flavor to permeate the butter.

Most decadent keto snack … a smear of Truffle butter on a slice of salami. Words can not describe just how good it is. 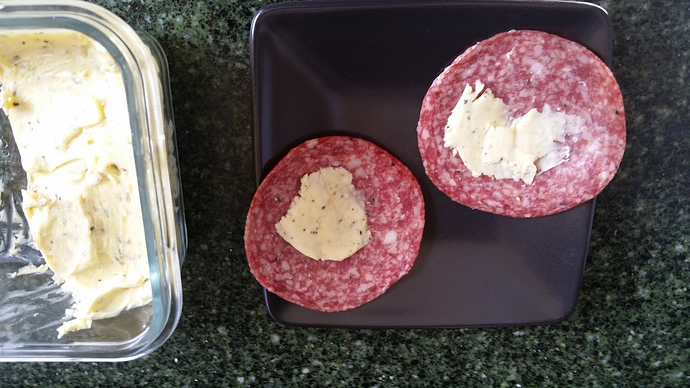 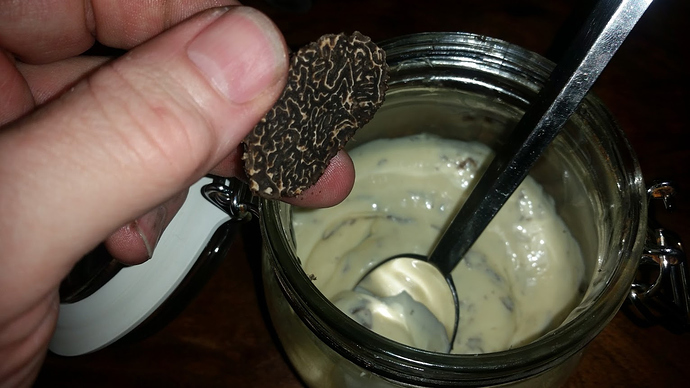 This is one of Julies home made Bries - that is why it’s square (we’ve lost our round baskets, so we are using feta molds) 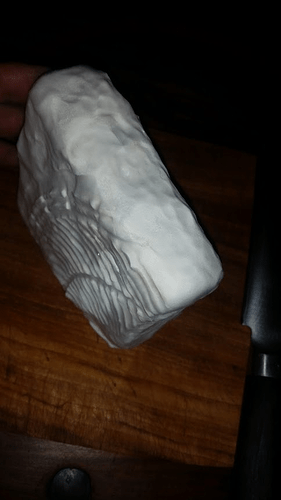 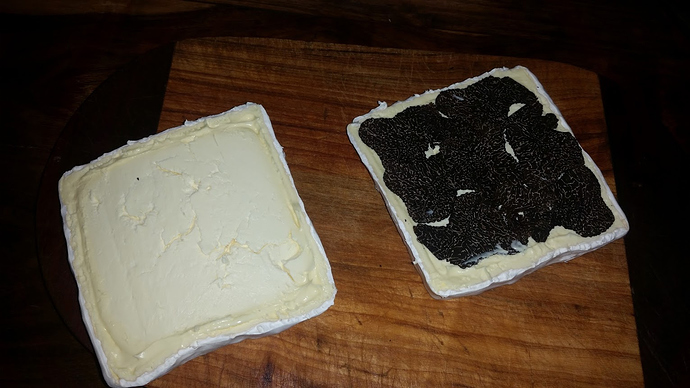 Then pack it back together so it can grow more mould over the cut and no-one will ever know. 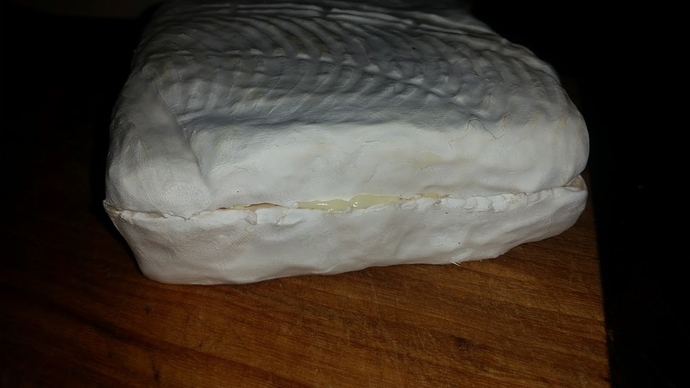 We used a Japanese mandolin to get the slices so thin 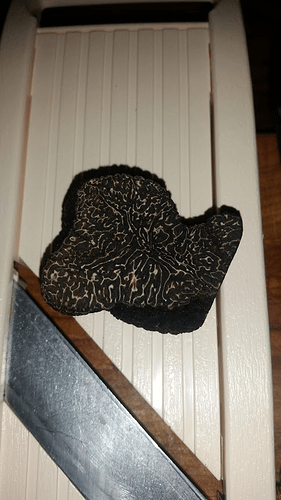 So who wants to have next years

Ketofest in Canberra during truffle season?

That looks sooooo nice. I never had truffles so one more reason to come to Keto Fest in Canberra

I did a truffle tour of Canberra a year or two ago. I am guessing it was the same farm. The man who handled the truffle sniffer dog had a great story about how he got into it. I think he and the dog initially did sniffing for customs or something and now he does it during the season, possibly during his leave.

I would love a KetoFest in Canberra next truffle season. At least, a KetoKatchup for Aussies.

I did a truffle tour of Canberra a year or two ago. I am guessing it was the same farm. The man who handled the truffle sniffer dog had a great story about how he got into it. I think he and the dog initially did sniffing for customs or something

Yes his name is Jayson Mesman. Samson died a few months ago … it’s been an awful year for dogs

The Truffle Farm at Majura has lost an important member of the family.

That is sad to here. My sister lives up there and is loving the foodie options that have opened up in the last few years.
Love the podcast and forums by the way. I have finally got my fasting insulin down to normal. I attribute keto, IF, exercise and persistence. The dudes podcast helped a lot in motivating and helping me stick to keto. Also your guys are so fun.

Glad to hear that Zo … KC&KO