So last weekend Jules and I went on a Truffle hunt at the Canberra Truffle farm. It’s just the very beginning of the truffle season here as we have yet to have our first frosts but they opened up the farm and kitchen for a bunch from the Press club and I tagged along. 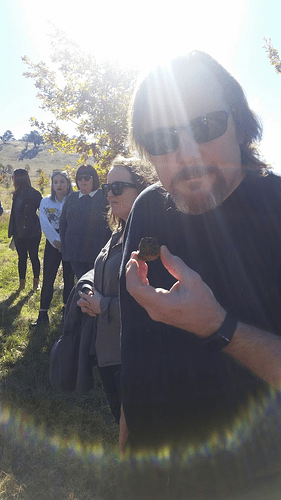 This is willow the truffle hunter and a truffle she found. 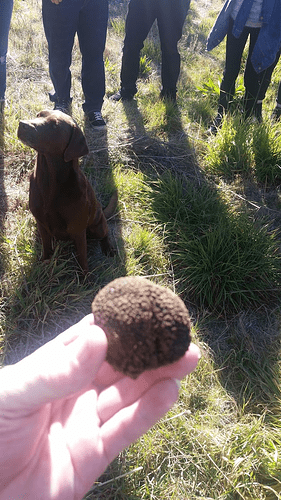 That is a perfect perigord (french black) truffle. That would cost roughly $100. Willow found it at the base of a hazelnut tree.

This monster is a 475g truffle that will be sold at auction for around $2000. The Executive chef of the press club (with the pink phone) is taking the photo while his wife dug it up. 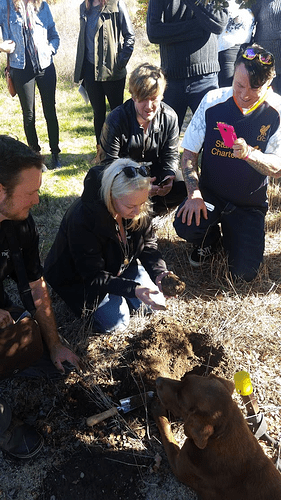 We even made the press club insta

So then we had a truffle degustation … 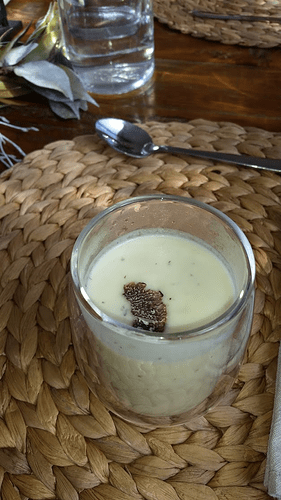 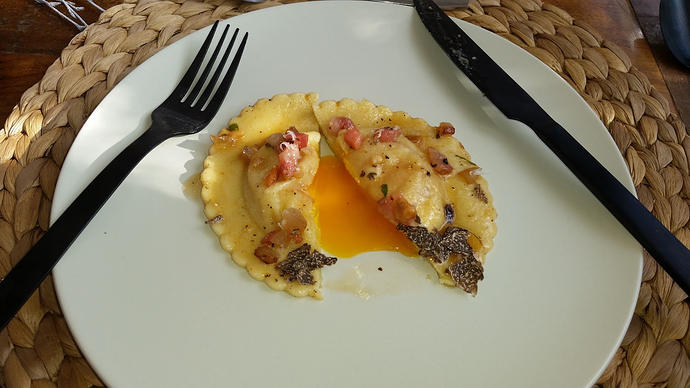 I sneered at the pasta which was too thick anyway and ate rest. That’s how you keto a meal. Although I had to explain to the chef why I sent back what looked like most of my meal.

He explained to make a truffle egg, leave a whole egg in the fridge in a sealed container with a truffle with an exposed surface for 2-3 days. No longer as the egg will turn. 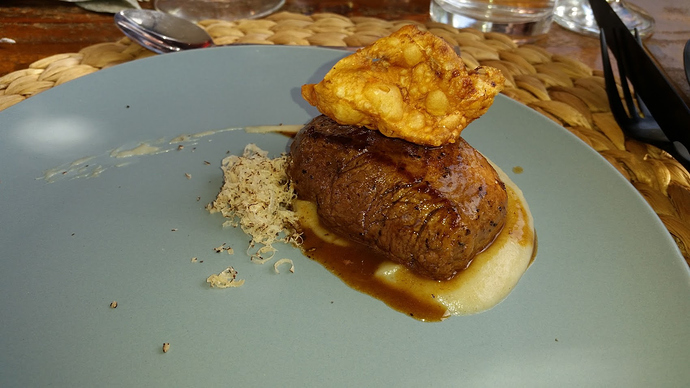 And for afters … shaved truffle embedded in a slice of brie and left at room temp for several hours for the flavour to propagate.

All good tricks to take an expensive aromatic ingredient and extend it throughout the meal.

So help me, I honestly thought I saw the word “turtle” not truffle. Glad you had a good time with truffles - enjoy.

I would never pay $100 for a mushroom, even if you call it a truffle. I certainly wouldn’t pay $2000 for a bigger one. I guess it’s no different from people being willing to pay thousands of dollars for some shirt someone wore in an old movie. I guess I’m just too practical. Different strokes.

Great pictures! That fungus is $2K ! That pup looks so proud!

Mmmmmmmmm…truffles. I’m hoping to find some in the woods around our house. I’ve heard there are Oregon black truffles if you know where to look (I don’t, not yet) and maybe some native white ones as well.

Oh man I am so jealous. I’ve only ever had truffle oil (best on popcorn in my old life) but I adore the flavor. BTW, I’m a journalist and your Press Club sounds like the best in the world…