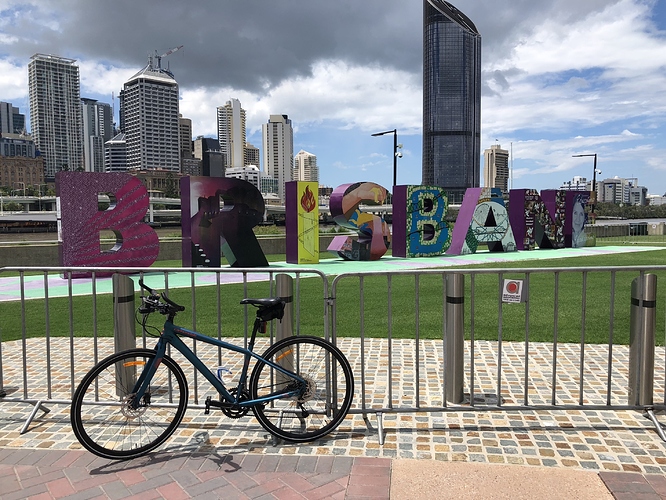 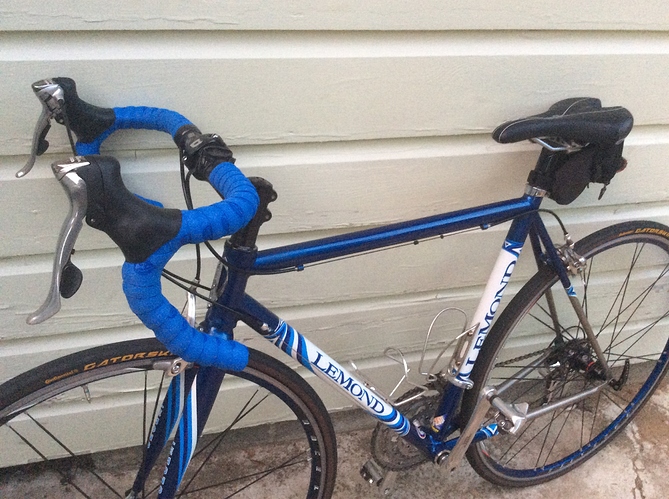 My titanium road bike. I have a folding bike in my trunk. And going mountain biking sunday. 6 bikes in all.

been riding it in the weather here, cold, snowy etc and handles like a dream, do not regret it all even though I sold a bike I loved to make room for it 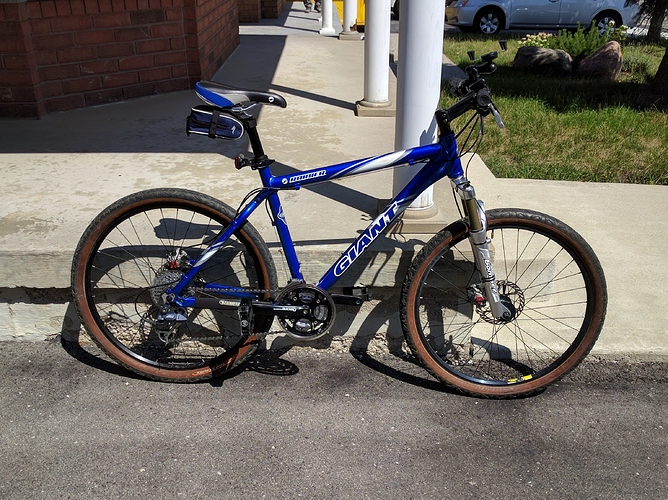 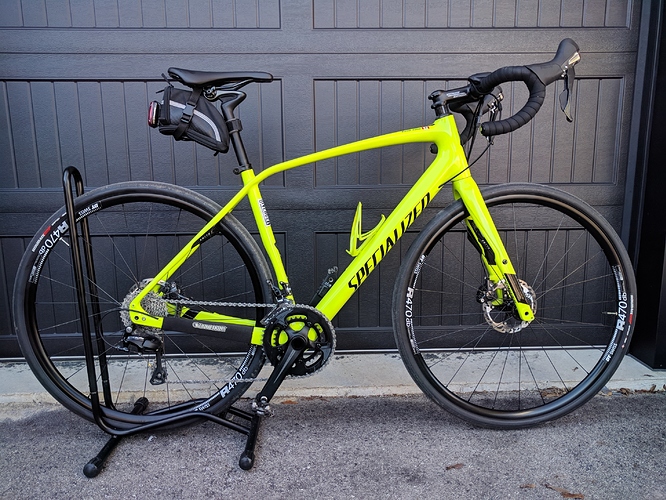 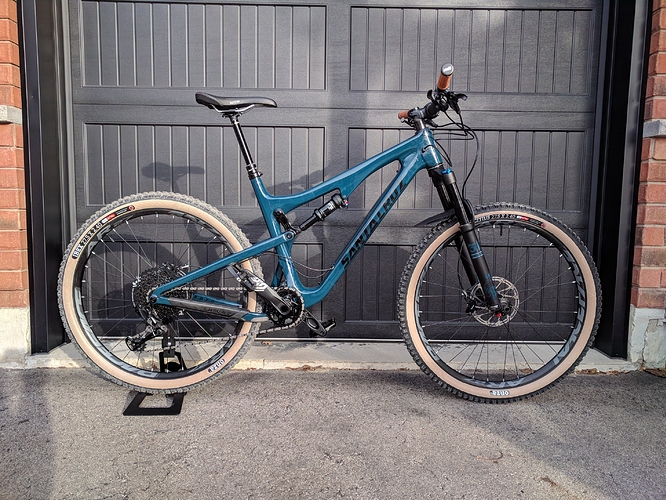 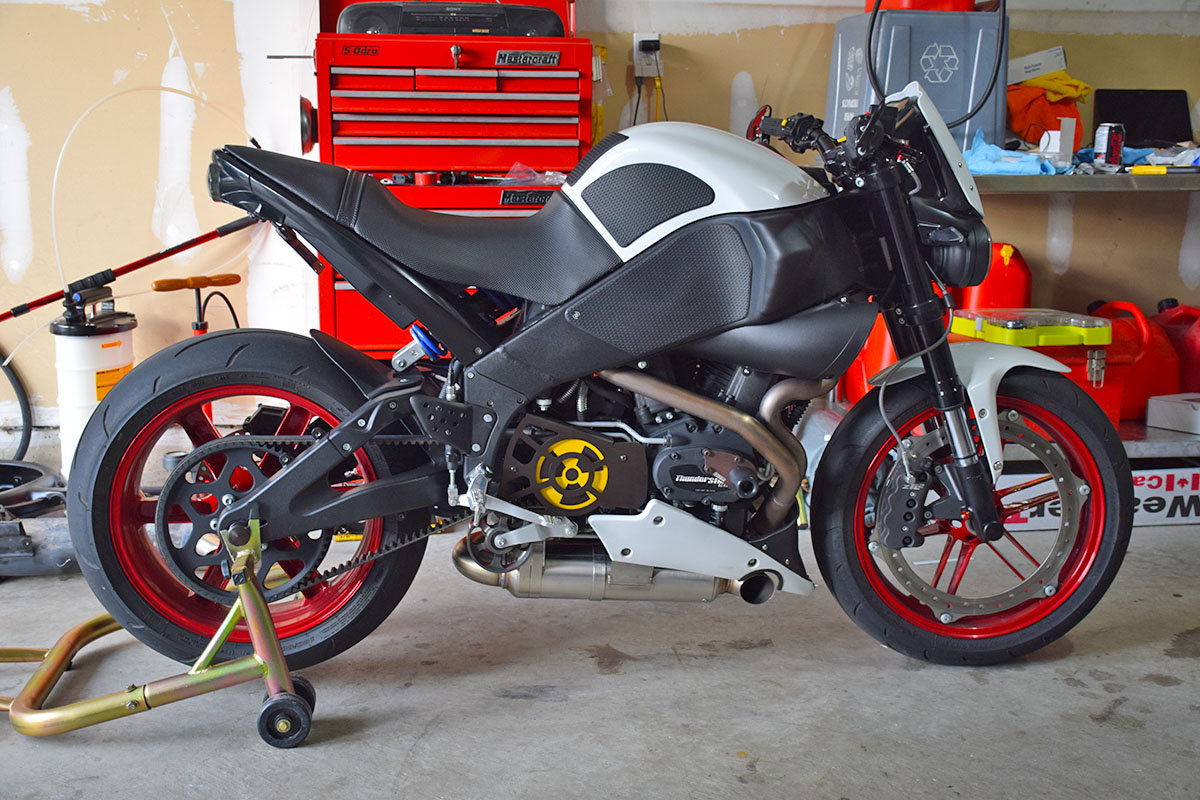 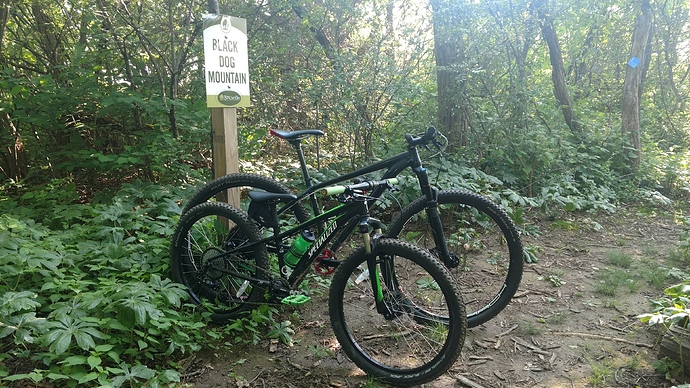 Ever heard of a Velorazzo frame before?

Not the best or anywhere close to the most expensive, but she’s been great to me over the past few thousand miles. 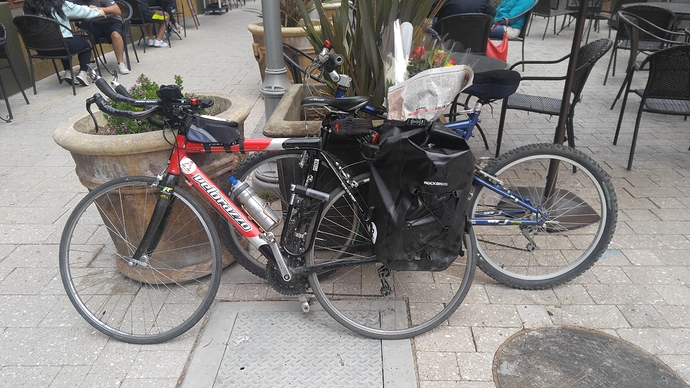 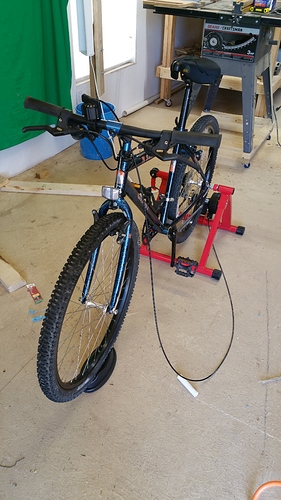 GIANT Sedona Mountian bike. Got it off Craigslist for $100 after my treadmill died, looks like brand new. Did some routine maintenance and it rides like a charm. 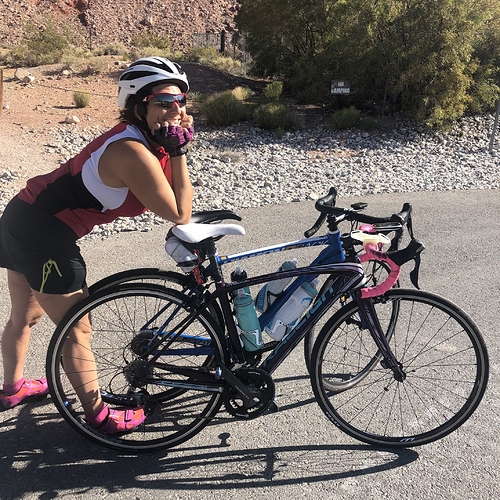 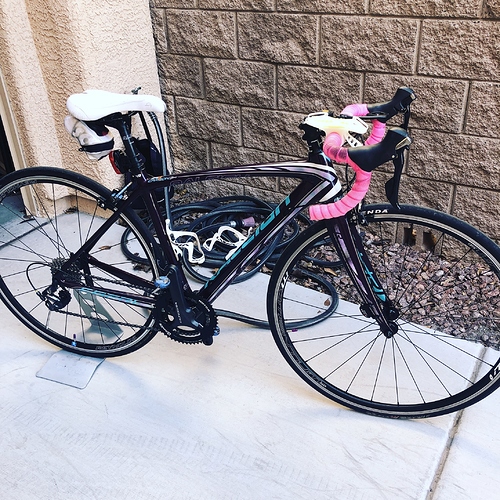 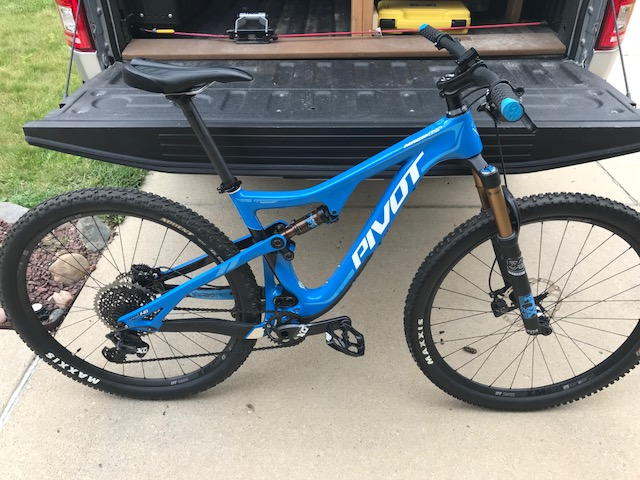 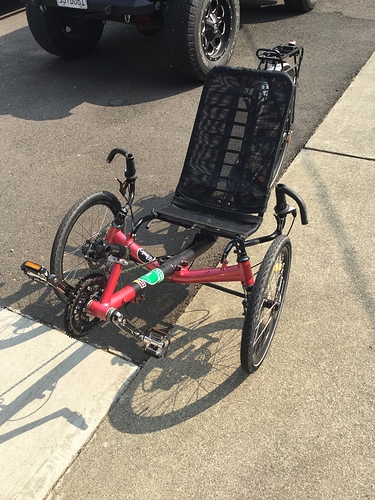 Here is my summer baby. 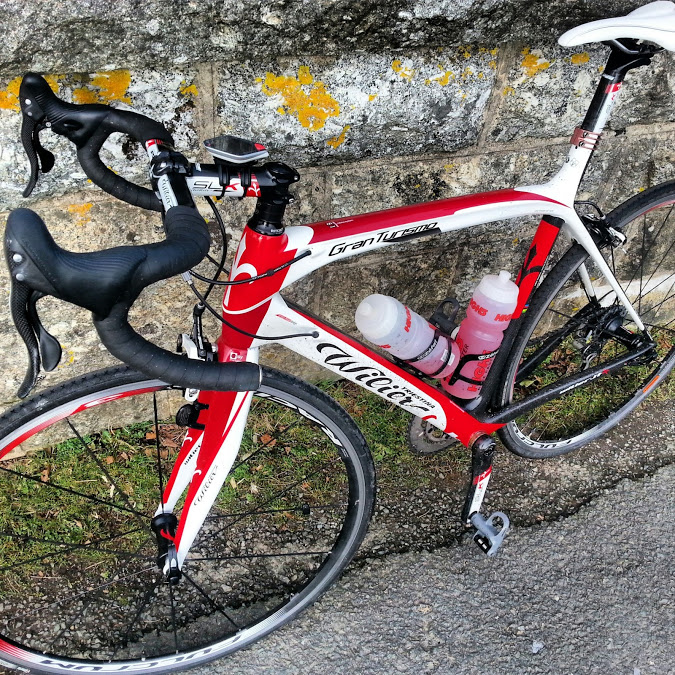 The VR didn’t appreciate an extra 70lb in the bags and on my back… had to true both wheels after my little 15mile loaded jaunt to the airport and 3-day later unloaded trip back. 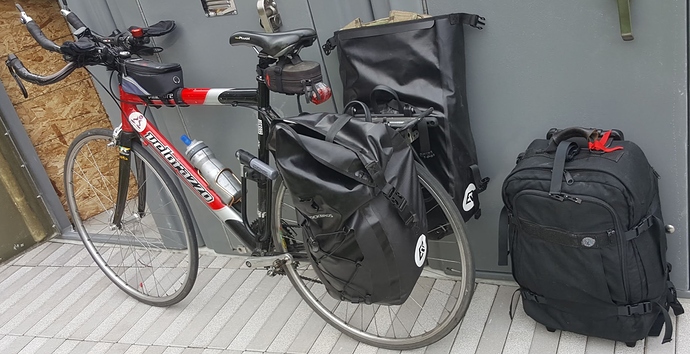 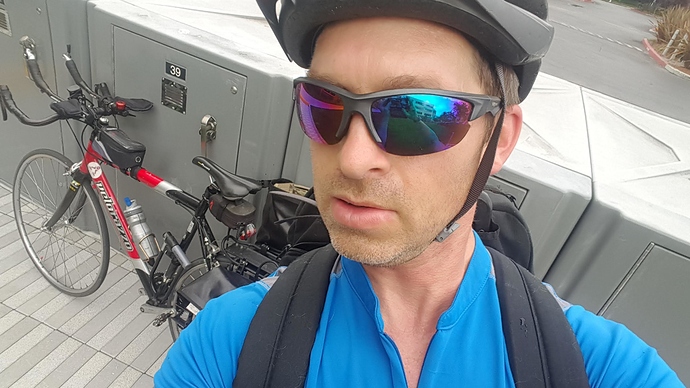 Cool, never saw the bike thread before! Some very nice equipment. … I have one of both as well…

One without an engine 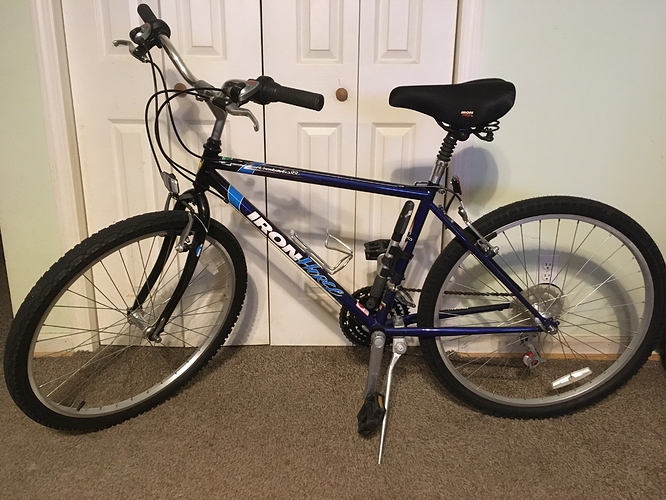 One with an engine 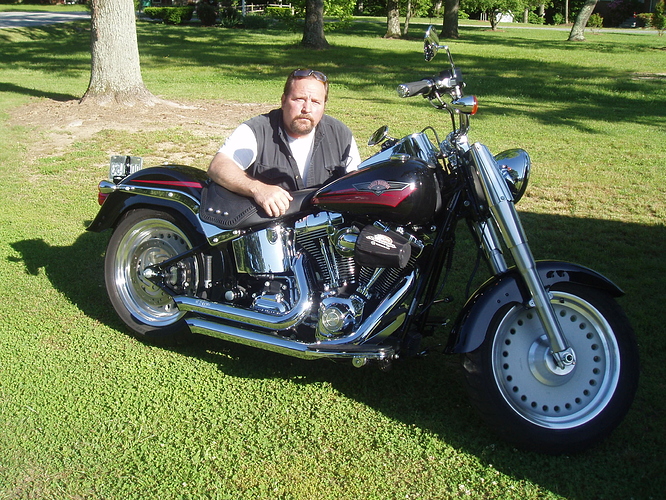 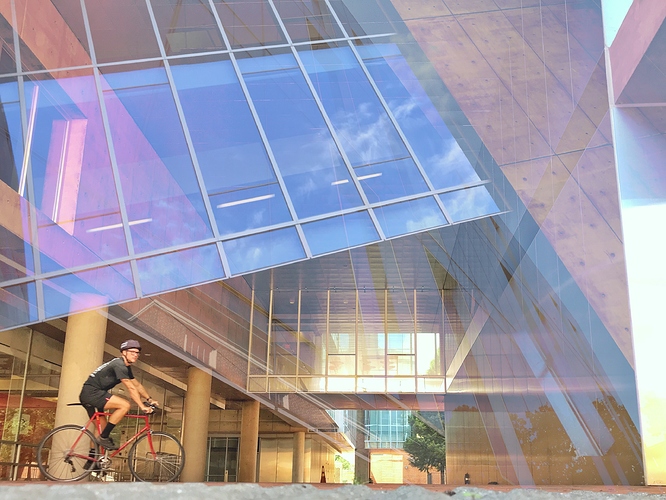 I’m a food courier. This is my rig. An old steel frame trek with SRAM drive train and beater everything else. 200-300 miles a week and all I need is tubes, degreaser and chain lube.

I haven’t ridden in just about 10 years, so I have two old bikes. If you’ve only been riding a few years or even 15 years, these will probably mean nothing to you. 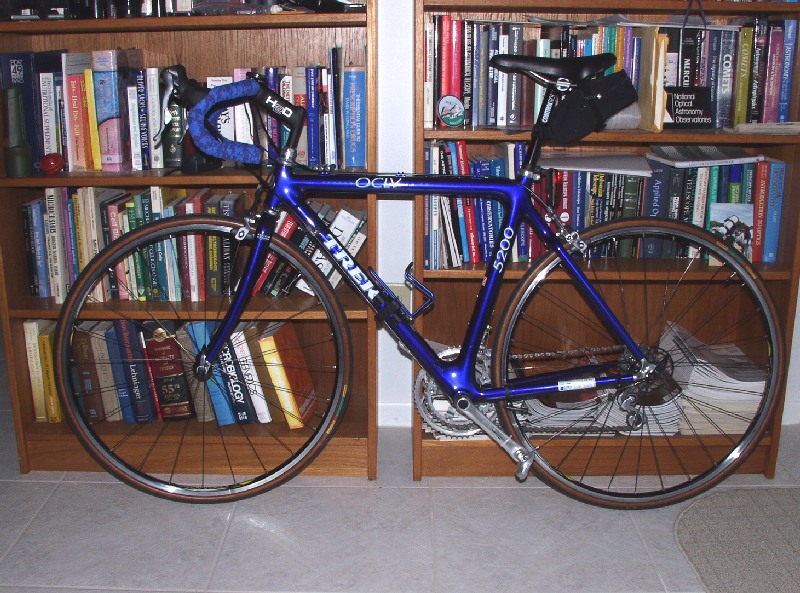 This is a 1998 Trek 5200 carbon fiber bike; the first bikes Trek made that “won the Tour de France”. I bought it used in '03 to replace a Cannondale road bike I was riding at the time. It’s the only bike I’ve ever had that non-cyclists would come up to me and say, “that’s beautiful!” about.

The next one is newer and I’m the first owner, 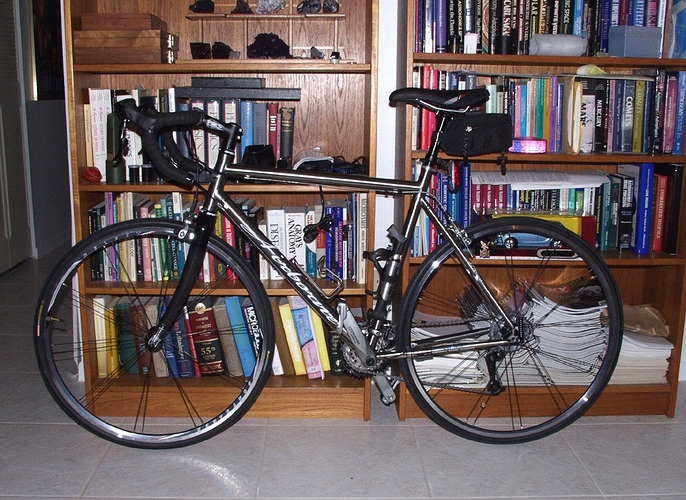 They both have stories behind them, but this was blind luck. Some touring company had bought a bunch of titanium touring bikes from this company and somehow they ended up with extras. I bought it configured as a touring bike, flat handlebars and thumb shifters, but with those skinny, light weight wheels instead of 700x36 touring tires and 36 spoke wheels. Then I rebuilt it as a road bike.

I’ll be 65 in February, and our old tradition was to ride your age on your birthday. For the last month I’ve been having the urge to get riding again. This past few days, I’m taken them out of the corner, dusted, gotten them ready to ride, and ridden the Trek on my Magneto indoor trainer.

I’m not in shape to be outside, especially with daytime temps in the 90s. But a few weeks of pedaling indoors ought to help some of that. 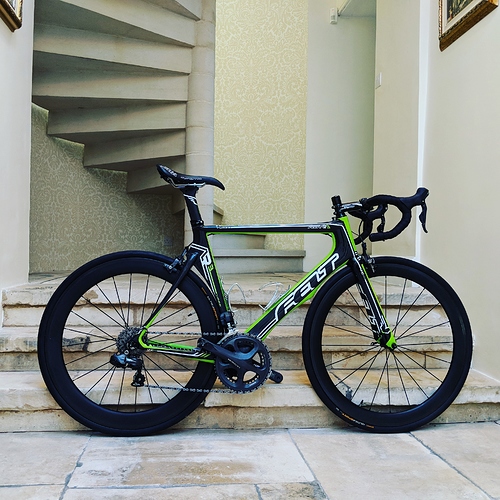 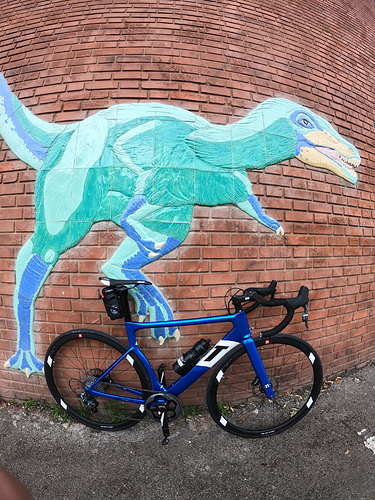 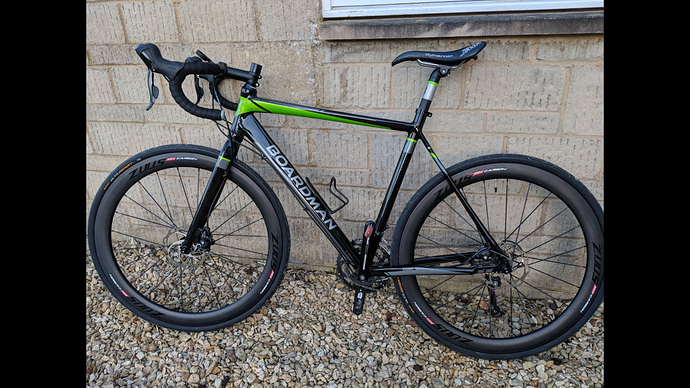 Plus MTB…I have a bike problem

Plus MTB…I have a bike problem

The only possible bike problem is not having enough room to store them!

I also have a problem, luckily my job lets me feed my problem well.
Lets see if I can come up with all the pictures for my current fleet. Some of these are for sale, so if you are interested…
2014 S-Works Roubaix. This was my first road bike purchase. It is still quite the steed, but it needs to go so I can fund a drive train for the newest purchase. 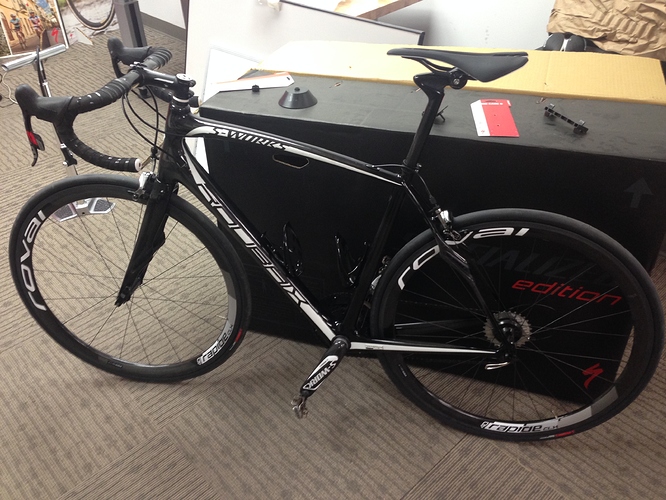 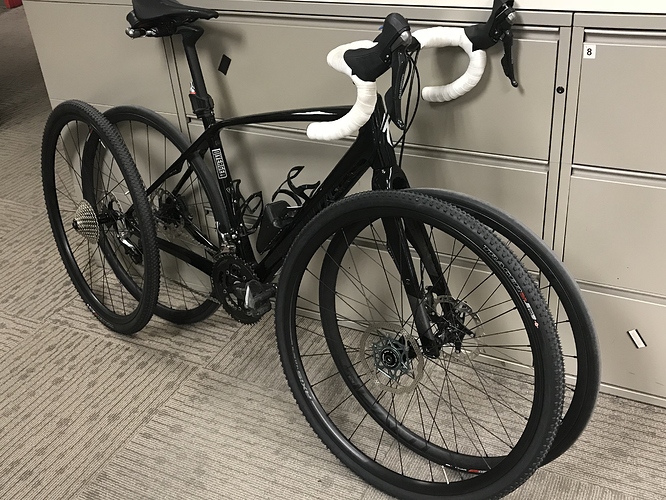 2017 Enduro Pro Carbon. Great bike, just doesn’t get ridden anymore because of the next pic. Needs to go. It’s so clean because it just had Pro Tuneup along with Fork/Shock rebuild. 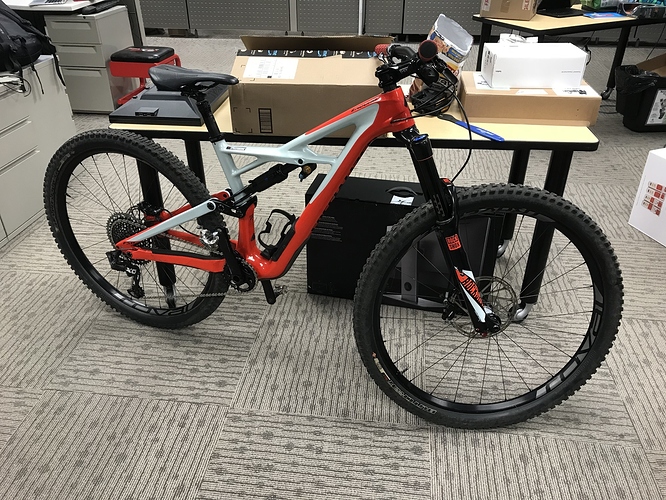 2018 Epic SWorks. Currently my favorite bike ever! I’ve only had it a few months, and it already has thousands of biles on it. This one definitely not for sale. 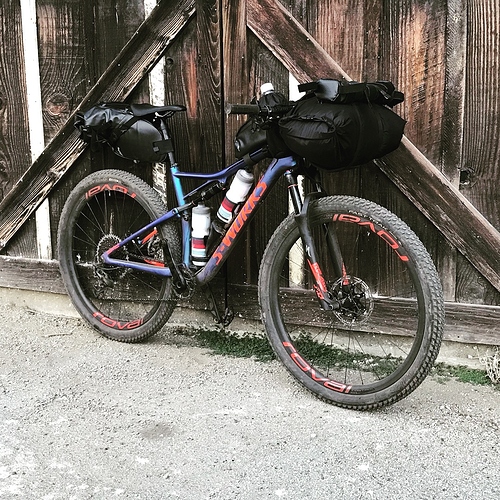 2019 Crux SWorks. This gets road ready as soon as I dump a couple of the other bikes. Sadly I’m going under the knife for hernia next week so I probably won’t be able to ride it for a couple of months. 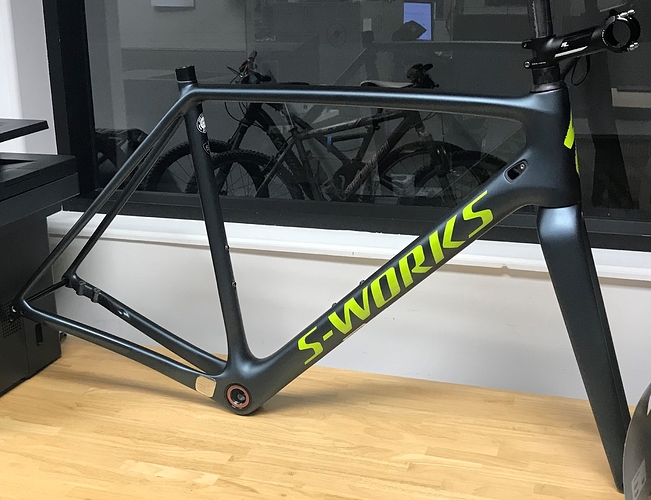 If that poor neglected Enduro needs a good home, I know a guy 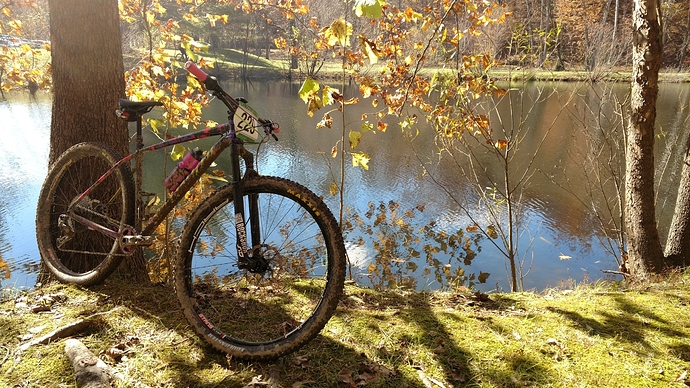