Have any of you heard of gravel bikes? It’s becoming a big thing where I’m from (Western North Carolina USA). It’s pretty much one bike for all terrains. I just learned about it this weekend and am very interested.

Smells like a marketing gimmick to me, especially with prices north of $1700 for even a cheap gravel bike.

Yeah, definitely overpriced in general! I have an old moutain bike I may transform. New all terrain tires and a set of road handle bars, poof, gravel bike!

Yes! Kinda like a cyclocross bike, but a little more relaxed geometry. I’ve got a Jamis Exile (see pic in my post above) that was pretty reasonable. I ride greenways, gravel and some mild singletrackbqith mine.
If I could only have one bike…haha, yeah right!! 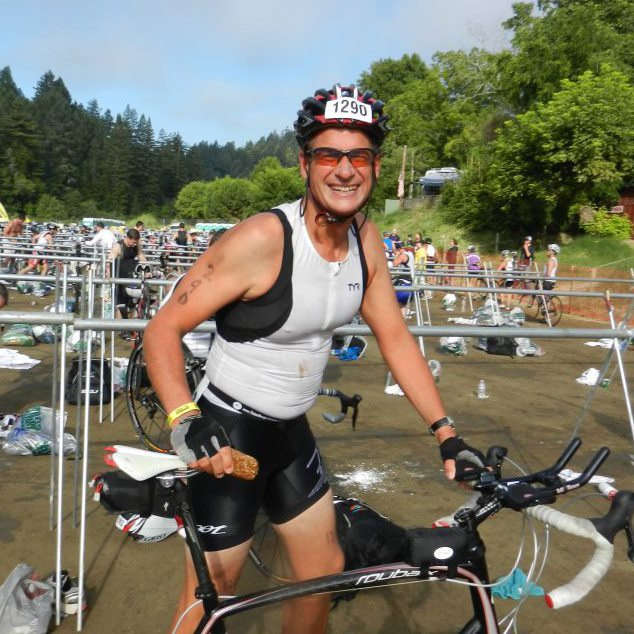 Only half my specialized Roubaix I love the bike. This is me almost 5 years ago. However, now I’m 55lbs heavier. I want to become that guy again! Oh! Non keto which explains even though I was getting a ton of exercise, I battled a desirable cycling weight.

Similar story but was never quite that lean. I ride a lot (trail and road) but even eating ‘well’ can’t seem to get below a BMI of about 30. Day 6 of keto for me.
Nice Ruby by the way!

Thanks. I also used to ride trail. I have a 29er FS in my garage. The trails immediately accessible from my home are either a very hilly fire rode loop or rocky technical single tracks. I’m not as young as I used to be… Once my torn quad heals and I get in better shape I certainly want to get on my mountain bike again. Till then I’ll spin on my Cyclops spin bike and get on the rode soon!

perfect story of how carbs are dangerous for endurance sports people

I’m very curious how this eating style will affect my endurance performance and how I will have to adapt… Back then I had ridden a couple of 100mile organized rides with 10,000ft of climbing. Almost 5 years ago I also did a half iron man constantly fueling carbs during the “race” (as fast as I could sustain as a recreational “athlete”). I want to work back toward 4-6 hr rides at a threshold pace. I have a hard time believing I can get so fat adapted that that effort can be entirely fat based… If it can not then how to fuel for rides like that. I live in Northern CA which is good weather for something like that 8-9 months a year.

OK lets give you confidence, I started Keto in July last yer, then not fully fat adapted did a 100 mile ride with 3000M of climbing (about 9000ft) with hardly any fuel …

another recent addition. recovering from a shoulder injury, but keen to get some miles in on this one before something else catches my eye… 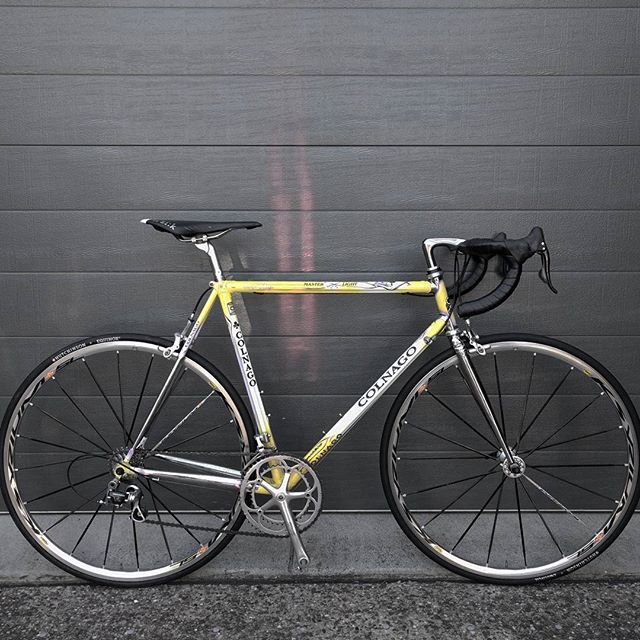 I’m very fortunate to live within 2 miles of a 30+ mile trail system which is mostly fast and flowy with minimal technical stuff beyond a few logovers and water crossings. There are some man-made features, like elevated skinnies, etc, however I’m aware of the fact that both of my clavicles just turned 58!

The old steel bikes look superb, I have a 30 year Dawes Galaxy 631 & an Ellis Briggs. Love the steel

The old steel bikes look superb, I have a 30 year Dawes Galaxy 631 & an Ellis Briggs. Love the steel

This is all-steel (is there another kind of bike then…?

I’m quite proud of the fact that mine was hand-built in England by the last of the Claud Butler frame builders when their factory closed down. Robin Thorne contracted them to build frames for him for a period after that. (The Claud Butler brand still exists, but I’m not sure who owns it now).

I used to have another (Holdsworth) “Claud” that I bought in the 1980s, but that is now in the great cycle-shop in the sky. And my Dad had a “real” CB before the war. CB used to be a racer who set up in bike making when he retired from racing.

Claud Butler (14 July 1903 – 2 November 1978) was a London-based bicycle dealer and frame-builder, who from 1928 created a chain of bicycle-retail shops in London and the Midlands. His company was one of the most successful of the inter-war era but failed after World War II and the resultant boom in motor buses and motor cars. The Claud Butler brand was bought from the receivers by other companies, and they are now produced by Falcon Cycles, a division of Tandem Group. Claud Butler was the son...

(Not sure if that article is up to date as to the ownership of the brand). 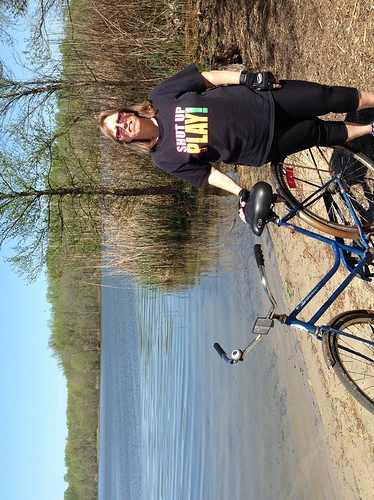 WOW! you sure do love bikes. even more than me, and I have about 15 bikes.
What’s that black & white bike in the middle (with the black & white fizik saddle)? It’s a stunner!

I love my KLR! 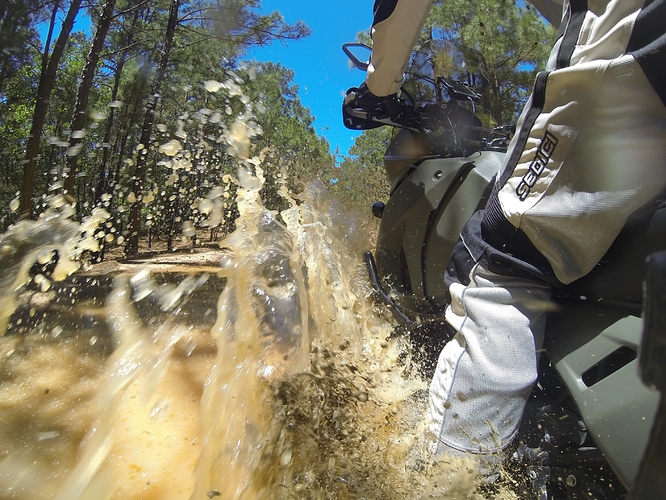 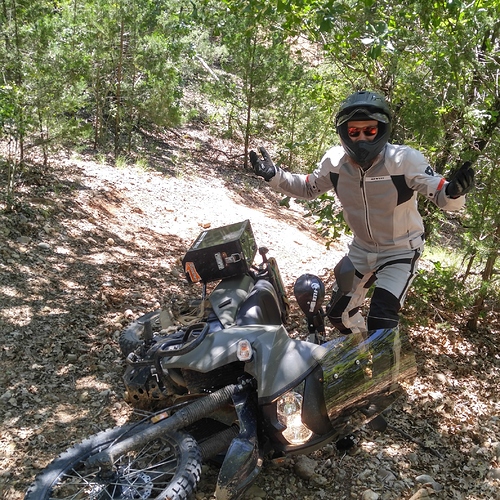 Heres my steel steed. Built it myself. Cut, welded, and built. Subbed the powder coating out. Touring frame, and an original xtracycle on the back. I custom built the wheels when I worked for a bicycle wheel manufacturer. 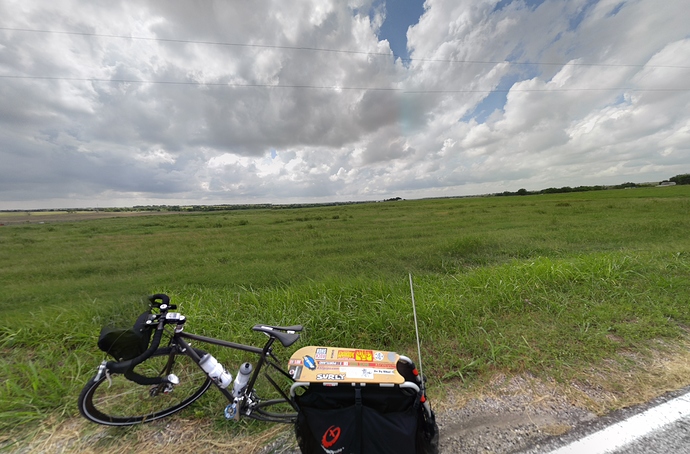 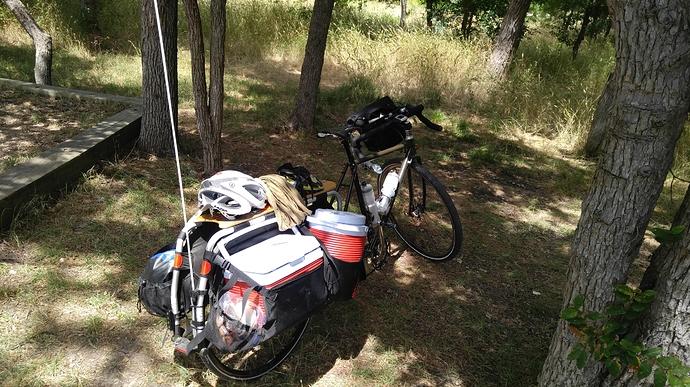 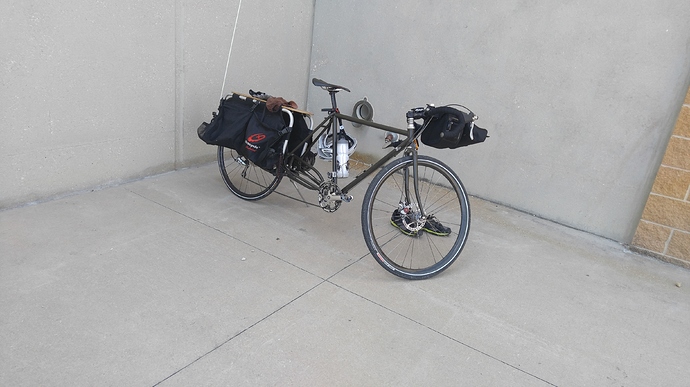