Food today first meal was lamb 2nd meal I ate a strip steak for the extra fat…
I will finish the lamb and other steak tomorrow.

Today was just a carnivore day of eating. Not low fat, not even low carb. The yogurt I had was massively high carb for a plain unsweetened yogurt!! But this is a mega stressful week and I’m just trying to get through it so today is what it is.
Breakfast was a ground beef and bacon omelette with bone broth jello and collagen powder. Lunch was brisket. Dinner was a carnivore cinnamon roll. 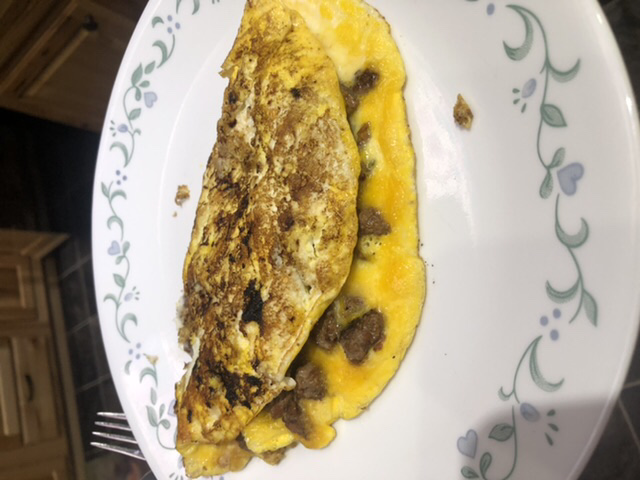 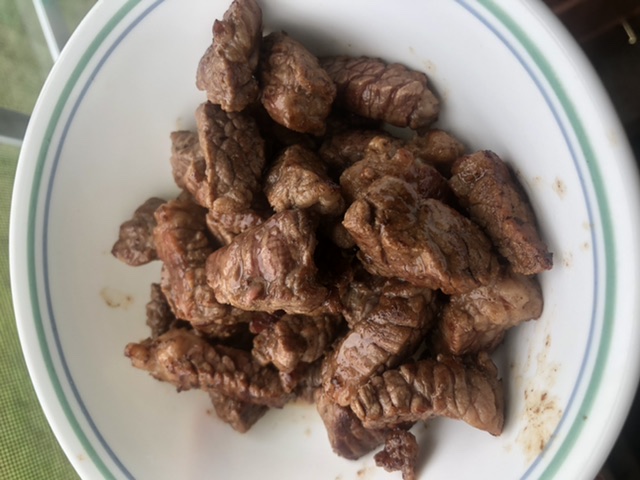 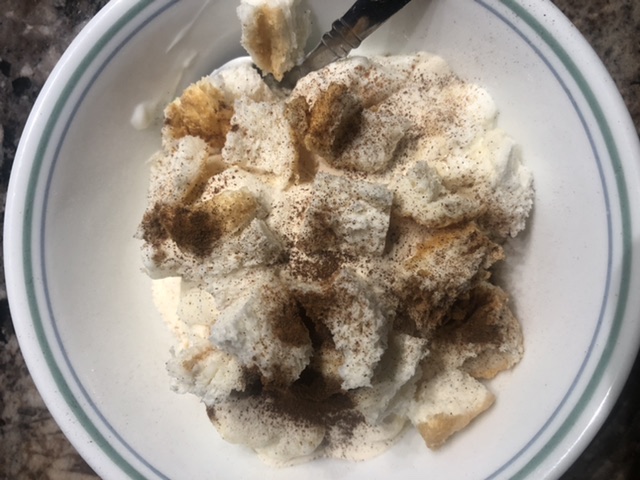 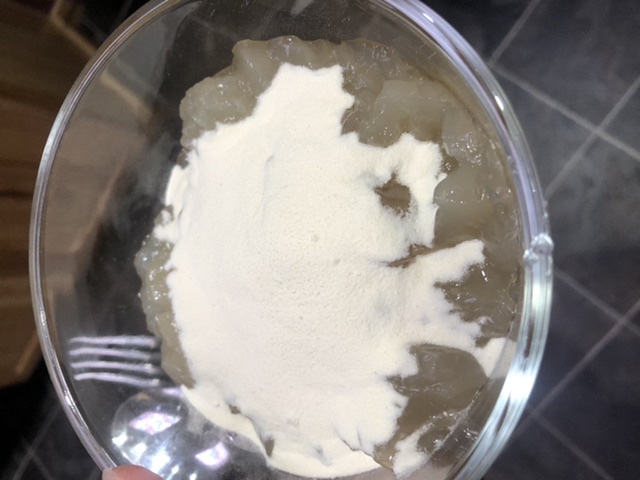 38 posts from me in the All Animal August thread. Once again I Learned a lot from the chat. Thank you all for your wisdom and curiosity.

My mum had the end of her nose amputated off due to skin cancer yesterday, so I went and looked after her after work. The surgery was done under local anaesthetic so Mum was bright and chirpy. She is 79 and diabetic, so we will see how things go. She goes for plastic surgery tomorrow to rebuild the end of her nose.

I helped her fill out some online forms for the next hospital admission. The biggest sections to fill out were the chronic illnesses and the medications lists. Cripes. I told her, jokingly, that her medication list broke the Internet. More seriously I mentioned (again) that if she adjusted her diet a bit we could probably wean her off many of the medications. She said she would listen to her doctor rather than her veterinarian. Excellent burn Mum, one of my degrees is a veterinary degree. We got the forms filled out. I think she heard me telling my older brother on the phone when he checked in that Mum looked like the Sphinx.

We had dinner together. Mum had rabbit food - a green salad with some feta cheese in it (to be healthy). Using cancer as a motivational health tool*. She had an open packet of sweet biscuits in the cupboard. I had 420g roast beef, 100g cooked green lip mussels, 100g duck liver pâté, and that was enough. I offered to share but Mum said it would giver her a heart attack. I think we have talked in these threads and elsewhere on the forum about the futility and feisty fistycuffs of family feeding.

To end on a hopeful note, Mum did read Dr. Michael Mosely’s book on low carb and intermittent fasting about 2 years ago. @Karen18 probably knows Dr. Mosely as he is a British media doctor. From that book she picked up a low carb breakfast she liked and it has become her staple that replaced toast and jam or cereal.

*Why wait to get sick to start getting healthy?

OK GUYS the new thread is open for September…jump on over…and away we go!!!

Why wait to get sick to start getting healthy?

It’s some human thing. Why to fix that isn’t EPICALLY broken yet and even takes at least a little effort? sigh

the futility and feisty fistycuffs of family feeding

It was said beautifully!!!

(Even before I looked up what the hell fistycuff is. I never met the word before. That is hard in learning English very well… You can read thousands of books - mostly fanfics in my life -, frequent forums and chat hours a day for decades and you still meet new words. Not like I don’t meet new Hungarian words but they are really barely known, I know my own language very, very much, I think I met all the common words at this point.)

*Why wait to get sick to start getting healthy?

I have an overweight neighbor who several years ago started going for walks and lost a fair bit of weight. I figured he must have had a health scare. Unfortunately, the lost weight returned and I no longer see him going for walks.

Neither of my parents will take my advice. My husband was recently visiting his parents and mentioned to his mother who is starting to become crooked with age, that she really needs to up her protein, that the elderly need more protein because their bodies can’t process it as well. (Ah, he is my best disciple!) She has started eating eggs and Canadian bacon for breakfast. She will never go the higher fat, higher salt route. She has been too brainwashed by the establishment over the decades.
The other thing she really needs is to do strength training to maintain her muscle mass. That is not going to happen either.

See you in the other thread!

I do hope your mums cosmetic surgery goes well, sounds awful what she has had to go through with the skin cancer but it sounds like she has a good sense of humour to carry her through … I suspect she needs one with you and your brother

Yes I have seen Mosely on documentaries,he seems to do a lot of research on nutrition and his documentaries are usually trials of different nutrional diets and exercise.

I am some 3 weeks? into keto and am interested in carnivore.
I am wanting to get fat adapted, dont know if carnivore would help before or after that.

Why is/does it seem carnivore is calorie restricting?

How do you get enough fat on carnivore/do you add animal fat after cooking, if its not enough from using it with cooking/if you dont use any to cook it?

Is carnivore something that is best for those that had 1-2 cheat meals on accident?

what my macros would look like?
why does/does not carnivore speed up fat adaptation?
are there any effects of carnivore on someone newer to keto, or is it better to ease into it?

We have a new thread every month…

Why is/does it seem carnivore is calorie restricting?

It isn’t… It is if you restrict calories, of course but it’s not about that AT ALL.

I avoid added fat as I already get plenty from my protein sources. But many people add butter… Dairy may up fats too but many of us don’t want to eat much (or any) dairy for reasons.
Some people have super lean low-cal days, you probably don’t need those. Most people just eat whatever seems right. We are usually quite chill. Even I who still struggle sometimes with things (like not eating a ton of fat, it’s hard even after training myself a decade :D) and curiously track, don’t really worry about my macros. 80g fat or 270? 94g protein or 230? I don’t bat an eye, all sounds potentially good. I eat according to my hunger, satiation, stop sign (oh that’s great on carnivore when I eat meat… I just have to stop eating, no wondering if I should eat more or not! or not much. today I got the stop sign a tad early and ate some more protein)… Not random macros that may or may not work for me. And I actually have some vague right macros but I am no robot and my food isn’t always as fatty so my numbers varies.

Stop this fat adaptation obsession already. It will happen if you keep eating keto, don’t worry about it. Some more weeks and you should get it.