Sometimes mysterious lingering pain gets diagnosed as fibromyalgia or carpal tunnel syndrome without any knowledge as to why the pain is occuring. 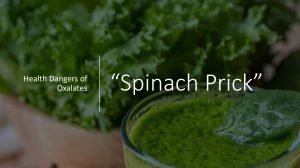 Health Dangers of Oxalates. Oxalates are an antinutrient and toxin found in many plant-based foods that can be dangerous to human health.

99,9% of animal food is eatable and healthy to humans.

99% of all plants are uneatable and toxic to humans.

Its so obvious what we are, and its not cows or sheep.

We have not evolved to deal with large amounts of oxilalates, perhaps we shouldn’t eat it.

Humans do have a gut bacteria that can breakdown oxalate, but supposedly taking antibiotics during our life time kills them off.

great video on daily life for us

I gotta say I like her doing these reports LOL

hey some one has to take it on

she goes wild over the blue pills. Hilarious.

Lucky I don’t need them anymore, carnivore fixed that.

Thank you, Fangs! I don’t usually go for informational videos (I’d rather read the facts), but that was good.

I like videos ONLY when they are kinda short LOL
I don’t have patience for those vids that are like 1.5 hrs long…omg kill me on those HAHA
shorter and to the point the better

posted on another thread but should put it here too

Im definitely not one of them.

oh yea I am one

pork second for sure
third would be seafood cause I love being a surf and turf person.

Amazed how I whittled down to just a few meats now and my carnivore menu is very limited but not restrictive to me…just how I walked thru this journey of what I want and don’t want anymore. 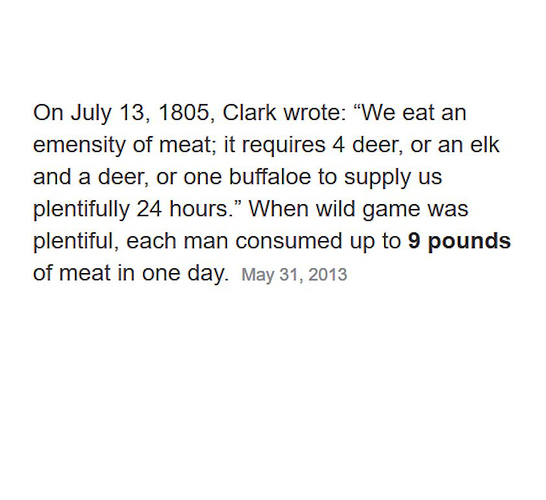 from Lewis and Clark Expedition

So if these people where working their butts off breaking new trails and combating nature on this level of exploring??? Can’t we in our lives easily eat at least 2-3 lbs. in our hectic lives?

LOOK PAST the non-carnivore in this. forget the side dish, forget the ‘pineapple’ marinade…it is all about sparkling water making a tough chewy cut of meat to buy and eat into a very tender cut.

I will check price on this Eye of the Round ‘cheap per price cut’ and see if it is really cheap LOL and if it is I am gonna buy one and get regular non-flavored sparkling water and try it.

I am not a roast person ya know. I want at all times a cut of ‘steak’ I can do on a grill or fry pan and done deal so this interested me very much!

I am gonna do it, will let you know on results…might take a bit to get’er done but will report back when I do it and see what goes down on it

Here is a podcast from our very own Elizedge who hit into year 3 of carnivore. She is thriving! Being more active in helping others understand zero carb eating and she is doing a wonderful job.

This podcast shows how her personal walk into carnivore came about and more…wonderful podcast! Congrats @Elizedge!! I am proud of your zero carb journey!

Elizabeth Stern has been on a carnivore diet for over 3 years, losing 50 lbs as a 64 year old single mom. She also helps hundreds of people in several facebook groups. 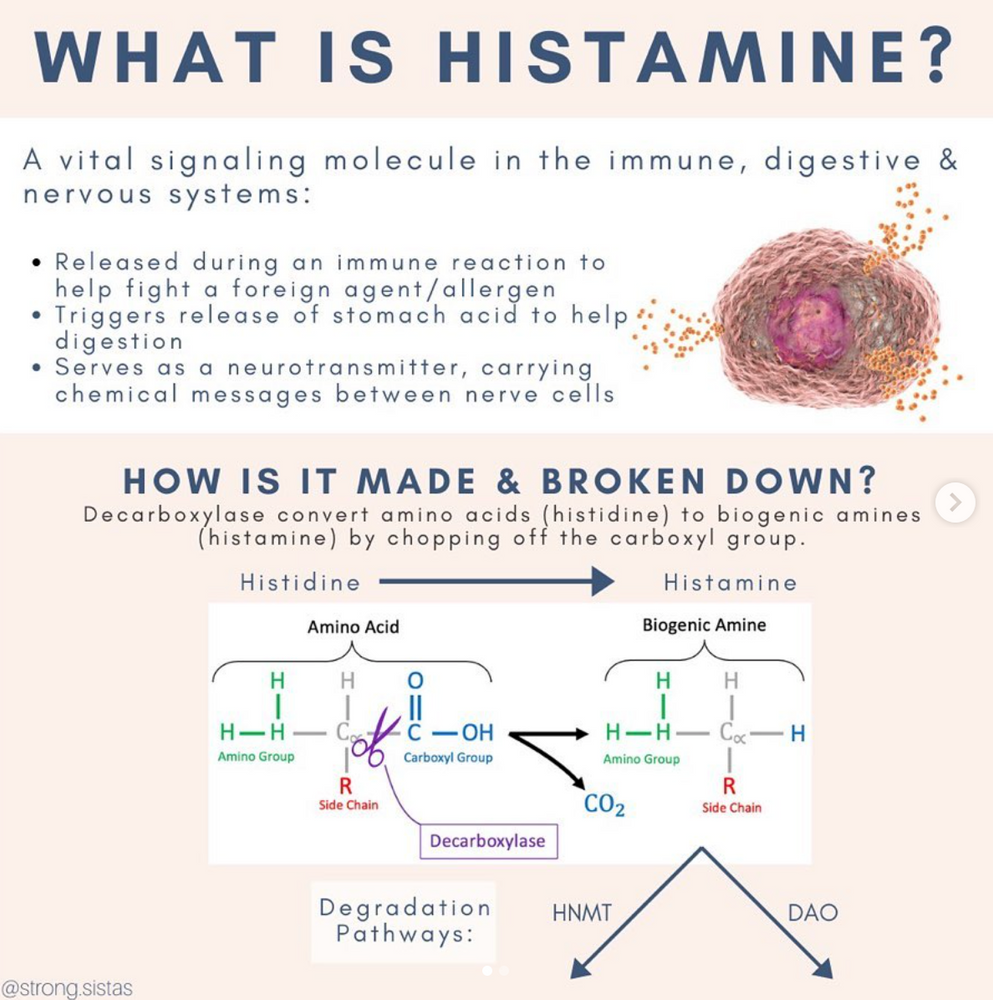 White Oaks, I think this is the farm that barefoot bob wanted to visit as it was near him and he was checking into meat sources?? Not sure on that tho LOL but the name rings a bell.

Histamine Intolerance and Carnivore
interesting read and does contain some ‘plant based info’ in it but focus is on carnivore and meat.

Carnivore Starting Point
When starting this diet, everyone comes from a different place.
Some people come from a SAD (Standard American Diet), some from Keto, some
from decades of yo-yo dieting. Some start the diet with 40% body fat, some with
4%. Some people have gut issues and insulin resistance. Some are “fat-adapted” and others come from years of fat-restrict eating.
All these different starting points impact the transition to a Carnivore Diet and whether someone will experience fat melting off their waistline or the scale tipping in the wrong direction.

John
Let’s say John is a 51-year-old male who has eaten a SAD diet for decades.
He is pre-diabetic, 65lbs overweight, and doesn’t exercise. He decides to experiment with the Carnivore Diet.
In the first 30 days he’s loses over 20lbs. He’s excited.
He decides to extend the experiment another 30 days. Another 15lbs fall off.
The experiment now has an indefinite timeline. All he’s doing is eating meat until he’s full. He prefers ribeye and fatty beef cuts. He generally eats 2 times a day, though occasionally he eats just one, and other days he eats 3 meals. He listens to his appetite.
And 9 months down the road, he’s loving meat more than ever. It’s all he craves.
He’s lost over 50lbs of fat and gained over 10lbs of muscle. He looks better than he did at 30. His blood sugar has dropped, and his energy has skyrocketed.
This story is not an outlier. This is common.
But Sally had a different experience…

Sally
Let’s say Sally is a 42-year-old female who has watched what she’s eaten for
years.
In the past she’s tried vegan, the Mediterranean Diet, and most recently a Ketogenic Diet. She watches her calories and tracks her macros like a scientist. She does an hour of cardio 3 times per week and some light weights.
She’s gotten some good results with Keto but her fat loss has stalled. She also has an autoimmune disorder that hasn’t resolved.
She saw what the Carnivore Diet has done for John, so she decides to experiment herself.
She follows the diet to the tee – she “eats meat. drinks water.”
Unlike John however, Sally is ravenously hungry. She’s almost embarrassed by how much she eats.
She knows from the “Ultimate 30-Day Guide to Going Full Carnivore” that she isn’t supposed to track calories or macros but eat until satisfied. So she does.
The first 30 days go by and she’s gained 5lbs!
She wonders if she should go back to Keto. She considers staying Carnivore but cutting back on calories. But she remembers the “Warning” section in the 30-day guide she read. No tinkering.
She decides to stick with the experiment another 30 days, because her energy has been amazing, and she’s seen improvements in her autoimmune issue.
Another 30 days go by, and another couple of pounds are added to the scale.
Sally doesn’t know what to do. She’s feeling better than she can ever remember,
but her weight is going in the wrong direction.
What’s going on…?

John vs Sally
John and Sally started the same diet from completely different points.
John was obese and had never restricted a calorie in his life. His diet was composed of junk. A switch to the Carnivore Diet, or any diet, would lead to weight loss. Most people see dramatic improvements in body composition because most people are overweight/obese. They, and the scale, move in the right direction
no matter how many steaks or how much bacon they eat.
John had some transition issues. He had some sugar cravings the first couple weeks but easily overcame them by eating more steak. His rapid success led to more motivation and more success.

Sally started off far leaner than John. She also couldn’t remember a time when she wasn’t restricting her diet in some way. When Sally was told she could eat as much meat as she wants without measuring or monitoring, two floodgates broke
open.

What’s Your Temperature?
An easy way to think of this is like a thermometer.
Let’s take John and Sally’s temperature.
John’s Temperature
Let’s assume John’s natural, healthy body fat level is 70 degrees.
Thanks to the modern, unnatural diet, John put on significant weight over the years. His thermometer went up to 100 degrees.
Since John has been well over his natural 70 degrees for decades, his natural setpoint (70 degrees) has “re-set” to 80 degrees.
So once John started eating a natural human diet, he dropped from 100 degrees to 80 degrees. He lost 20 degrees (65lbs) with ease. His reversed his health problems.
He’s ecstatic with his body composition.
But in “Year 2” of the carnivore diet, John finds that his body doesn’t want to go all the way back down to 70 degrees. His setpoint had “recalibrated” from years of being overweight.
Having regained his health and vitality as well as dropping to his new setpoint of 80 degrees. Often a “John” has no desire to drop these last 10 degrees, as he is thrilled with how he looks and how he feels. Plus, as time passes, it’s common for these last 10 degrees to slowly drop back to the baseline of 70 degrees – especially if John
added in some training.
The goal for a “John” at 100 degrees is to get to 80 degrees first. This can take time and requires patience.
Sally’s Temperature
For some people (especially those who are closer to their natural body fat and who have a history of restricted diets) –may experience the opposite – fat and weight gain. The temperature going up initially.
Let’s see what “Sally” may experience.
Again, let’s assume Sally’s natural temperature is 70 degrees. Although she watches what she eats and exercises she’s still has a bit more body fat than she would like. Her thermometer is at 80 degrees.
But when Sally goes on the Carnivore Diet, her thermometer inches up. She gains weight.
Although Sally is at 80 degrees, the years of restrictive dieting made her body think she was at 50 degrees. The poor nutrition, the malnourished cells, the dysregulated hormones beg her to turn up the temperature.
This is the dichotomy of being overweight but malnourished.
The goal for a “Sally” is to let her body recalibrate.
If her body fat is at 80 degrees, her body needs to recognize it as 80 degrees. As she fills her body with proper nutrition, as cells become healthy and hormones regulate, she will find congruence between what temperature her body thinks it’s at and her actual body fat levels.

Many people are just like John. They lose fat. And they lose it fast. They feel better. They look better. And they never think about tinkering with the diet.
Yet, for every “John” there is a “Sally.” It seems unfair, as she was the one who has worked to stay healthy and get fit. But often a “Sally” must take a step or two backwards before taking steps forward.