Why am I not in keto 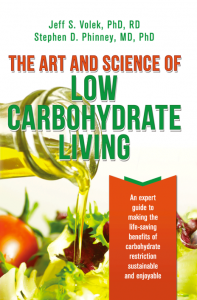 An examination of the problems associated with trying to use ketostix to assess ketosis in a sustained low carb ketogenic diet.

Ketone strips are useless especially once you’re up and running, but your ketone levels don’t matter either unless you’re managing a medical condition and need to maintain super high ketones. You’re eating right and loosing weight, you’re doing good! Don’t set a max protein, it’s not going to hurt you.

At seven weeks in, you are only just becoming fat-adapted. Give the process some time. A ketogenic diet is not a quick weight-loss fix, but rather a new way of eating that promotes metabolic health, with fat loss as a pleasing side-effect. In any case, you don’t want to lose too quickly, because that often leads to the return of the fat down the road. I was just watching a new video by Prof. Jeff Volek and Dr. Stephen Phinney, in which Dr. Phinney said that caloric restriction while beginning a ketogenic diet can indeed lead to fairly rapid weight loss, but that the people who do that usually end up regaining weight around the one-year mark. Better, he said, to lose more slowly and keep it off.

Besides, the last twenty pounds of fat always take longer to lose, no matter how rapidly we lost the first two hundred. Moreover, don’t forget that body composition can change even when weight does not. I began keto in early 2017, by Christmas my weight had stabilised and my trouser size was down four inches. I received a pair of pants for Christmas that I couldn’t get over my butt. But twelve months later, my weight was still the same, but I could wear those pants. So the scale is not the only indicator of progress.

I have a hard time getting to that protien I think I average like 70. But thanks I’ll stop stressing the keystone strips !

If you are still conscious, and I suspect you are, then you are in ketosis. Doesn’t matter what the pee stix indicate. As noted above, don’t worry about it.

Lol thanks for the humor! I feel good so I will continue on. Guess I’m getting caught up. Love the weight loss too!

Doesn’t look like much food, not even 1200 calories, how tall are you and what do you weigh? How were you eating before keto? Are you eating to your hunger or deliberately limiting food intake?

Body needs nourishment to work properly… keto is about rebalancing and healing your body which enables it to burn off old stored fat, it is not a calorie restriction diet and if you don’t give your body what it needs, it will hang on as hard as possible to what it still has.

So I’m 5’4” now 161. I’m a fairly good eater normally but I’m all about snacking on chips, sweets, and my husband is Italian so breads , pasta and pizza! So it’s been a rough ride lol. So this is a significant change for me.

I would like another 15-20 pounds then I will have to go to a nutritionist bc I can’t promise to have only cauliflower pizza in my life. So I’m going to have to learn how to balance. But even if I have been 161 before I have never been able to get back to 140 since I am like 28 years old and I’m 55 today. I really am determined to get there.

And I’m not hungry honestly most of the time. Except on my work days three days a week I work 12 hour days so I try to put breakfast off as long as possible because I don’t want to start the eating cycle too early.

would like another 15-20 pounds then I will have to go to a nutritionist bc I can’t promise to have only cauliflower pizza in my life.

Check our Recipes forum for tasty keto menu ideas. The “What did you keto today?” thread and the “Boring Keto” thread are also good sources of ideas.

While a subscription site, Diet Dr has some great free recipes…

( If you feel this is spammy, please delete… )