What Did You Keto Today? The Trilogy!

Alaskan King Crab Legs soaked in butter, aioli sauce on the side. 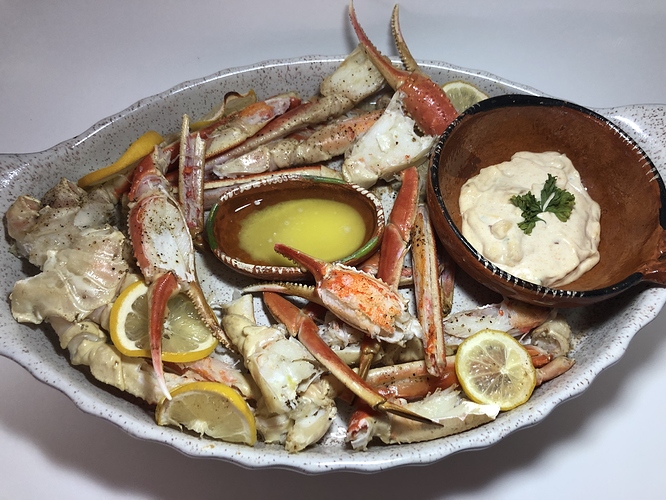 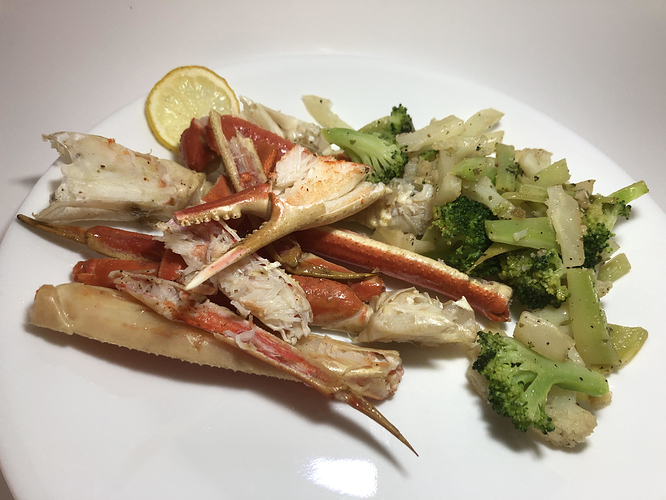 Welcome to the forum! 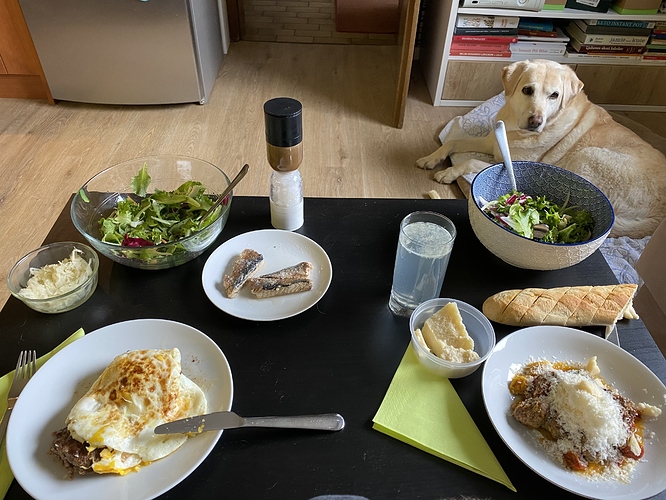 Burgers+eggs for me, meatballs for my husband, Tara’s eating her dinner now.

This is my first post to this thread, so I wanted to have something to show off!

Welcome! Nice looking plate of food, but you know, if you really wanted to show off … show us the cute little one hiding behind the plate! 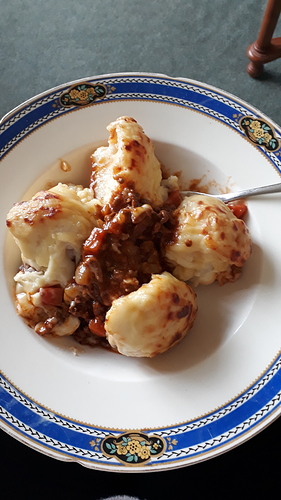 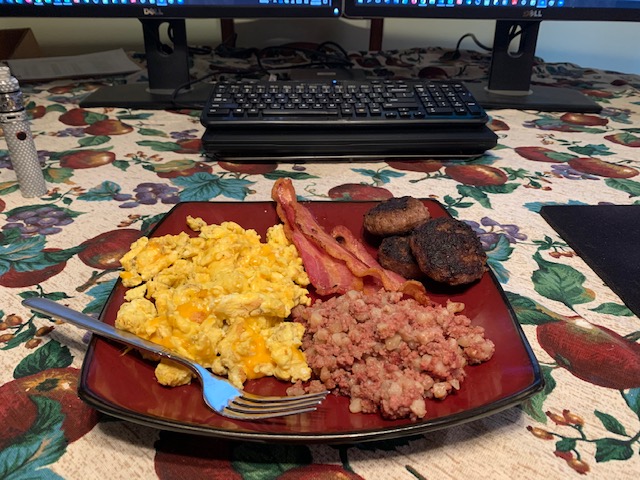 Welcome to the forum, Elias =).

Back from Hawaii and lost weight on the trip. Did a 42 hour fast during the travel home to avoid all the crappy airport and airplane food. Just got on the scale and have hit 100 lbs lost which I am pretty stoked about. OMAD Dinner tonight is a pork rind, liverwurst and jalapeño appetizer followed by some ribeye in peri-peri sauce later. 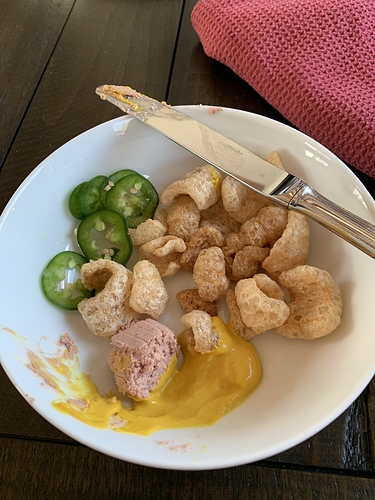 Congratulations KetoDad!! This is a terrific milestone in your Keto Journey, well done you, best wishes for the rest of your Keto life!!

And there he is again!!! Awwwww what’s his name?? Imagine making a funny Keto calender with a different meal for every month with your Doggo there eyeing the food in each one!!!

Thanks all, appreciate it. I feel great but seriously the easiest time I’ve ever had losing weight eating big delicious meals every day and this intermittent fasting is seriously incredible. 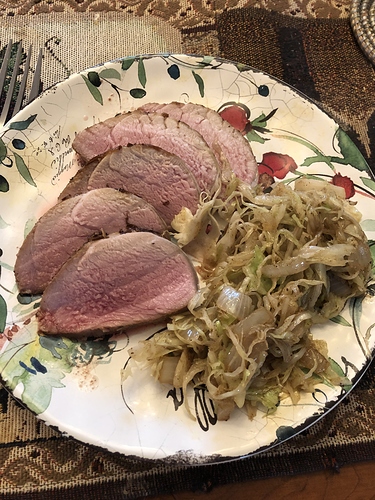 Dinner… Chicken and Broccoli in Rao’s Alfredo Sauce, along with Pickles, Olives, Pickled Sausage and a piece of Country Fried Steak. 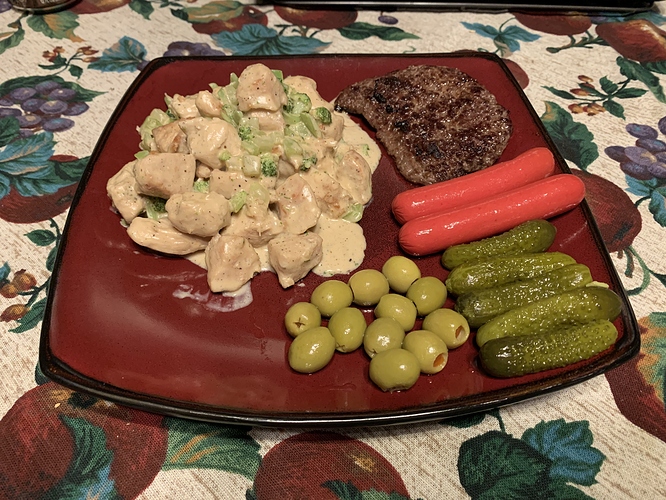 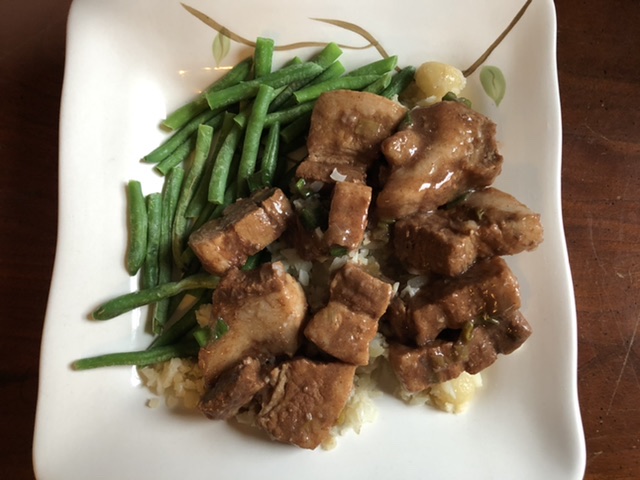 @Wahinewanders I tried that recipe you linked to, it was good but also a bit bland for me even after upping the spice amounts. I don’t think you had that issue? Oh well, I will tweak away at it next time…

@cervyn, yes, I read that in a couple of the reviews but didn’t have that problem. I did spend a lot of extra time developing the original caramel/sauce and at the end, when the recipe calls for removing the meat and reducing the liquid, I took the time to separate the fat and return the liquid and the meat- then reduced with the meat in the pot. My total cook times to develop flavor were much longer than the recipe stated. In the future when I share a recipe, I’ll disclose the ways in which I deviated from the directions. I always do deviate. Apologies.