What did you keto today? Part V (son of the cousin of the sequel)

I love having eggs every day for lunch, but … I still had some wieners left over from when they were on sale in July. So I had cheese dogs with sambal oelek. 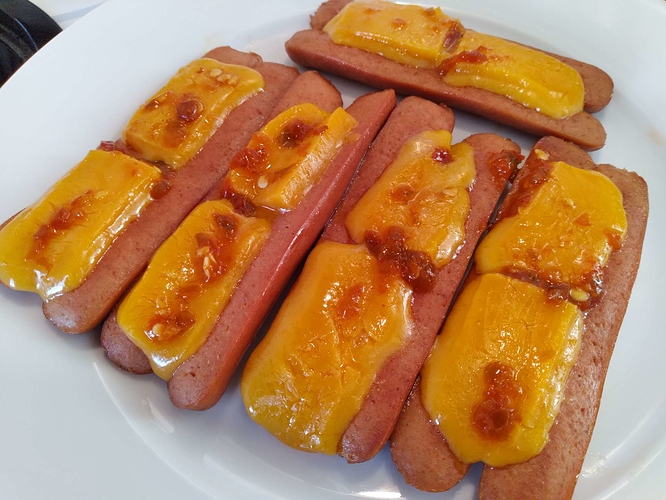 I just bought a whole pigs head…going to see what happens this weekend. 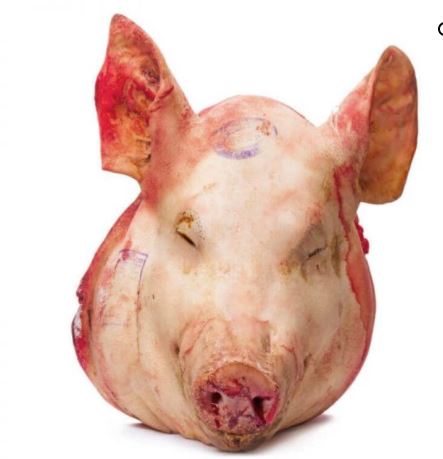 Well, by the look of it, my weekend would be consumed by nightmares! Lol

It’s interesting what different people can eat. I used to eat hot dogs, but they make me physically sick if I eat them by themselves (or with cheese, as you show). I have to “dilute” hot dogs, with chili (sans beans), or lean meats.

More often, I wonder if this is a genetic thing, as I’ve found fat in general – no matter what it is – does not sate me and can often make me sick to my stomach (beef suet is an example). Could also be digestive enzymes, too, I guess. Hard to know.

I live in a small, isolated town, but our 2 grocery stores are actually pretty good. I was pleased to find real mascarpone cheese; the only ingredients are cream and citric acid. Just a tablespoon or so, for an easy and satisfying dessert. 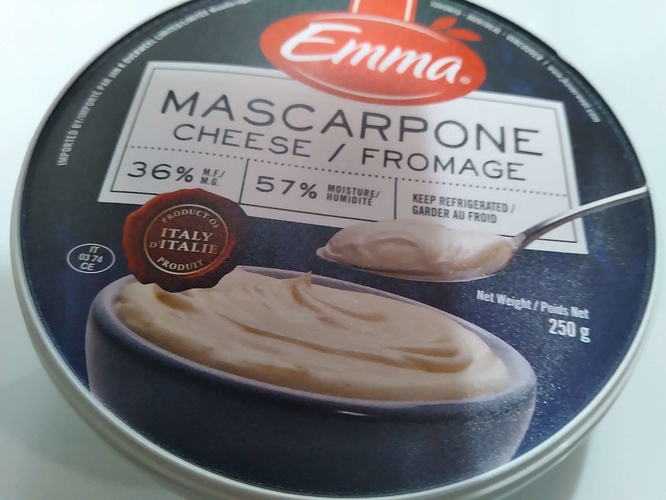 I’m going to look for that! I miss my yogurt, which was my semi sweet treat at night, till it started messing with my tummy. I like creamy consistency like this appears to have. 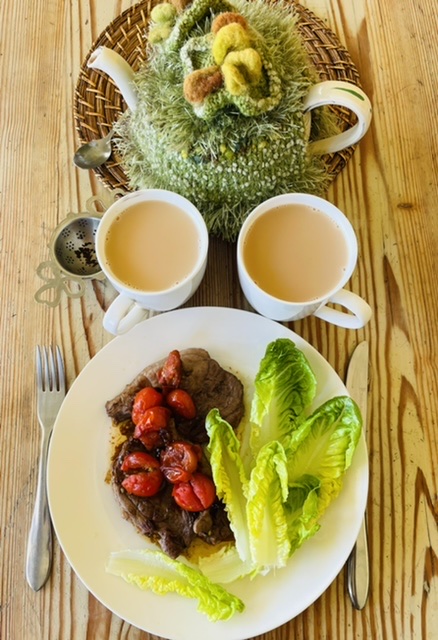 Thanks Laurie! It’s strange being on holidays with my extended family because for the first time, I am being teased for eating lots of meat. Only by the most metabolically unhealthy person by the way. It’s so weird because I don’t eat crazy amounts, and due to catching my metabolic unhealth very early I am able to tolerate a load of carbs relative to the average here. I’m even eating some tiny treats. I KNOW it’s a defensive move and I really want to help this person… biding my time I guess.

It’s glaringly obvious that this is working for me, and I’m so grateful that my sister has at least done a uturn away from unhealthy although there is more she could achieve if she wanted. But the sourdough bread lover can’t stop talking about microbiome and fermented bread dough…. Hopefully I can get the message through that this isn’t the whole picture. The anti meat side must have been in his ear.

Ok rant over. I’m first one up so I might climb the nearest hill with all this Big Meat Energy

Homemade keto meatballs with a minuscule modicum of tomato sauce. No cheese on top, because there’s lots of cheese in the meatballs.

Edit: I couldn’t even eat all the sauce. Still figuring this out … 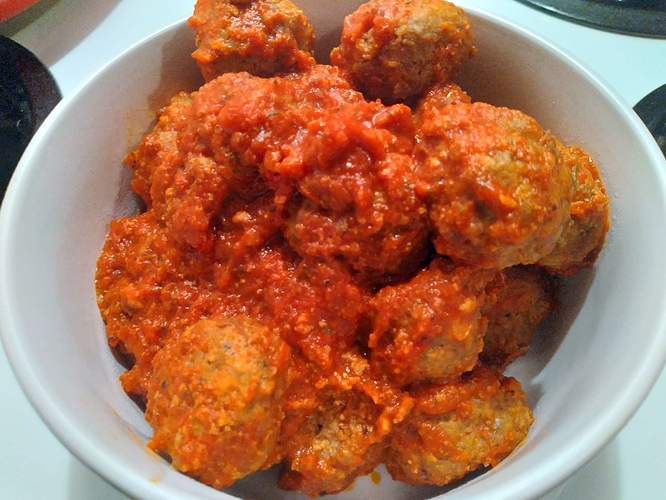 So we were supposed to have Dec 25 at our home but 2 relatives tested positive for you know what. Now we have not 1 but 2 Costco spiral hams in our freezer. Anybody know what I can do with 20 lbs of ham?

Donate to a shelter?

I bought several hams, but I cut them up before freezing. Let’s see, how to eat a big frozen ham …

First of all, you only have to thaw one ham at a time. Thaw in fridge. Cut off the outside slices as soon as they’re thawed, and eat them first. (The inside will still be partly frozen.)

OR Thaw partially. Hack off as much as you can from all around the outside, until you have a smaller ball of frozen ham. Rewrap the frozen part and put back in freezer. Eat the thawed bits.

A couple of dinners a couple of days apart (e.g., Monday and Wednesday).

Ham and eggs for breakfast, instead of bacon and eggs.

Since spiral ham is processed and precooked, it won’t go bad quickly. It might get a bit slimy after a couple of days in the fridge, but you won’t notice that after you heat it up.

PRETTY!
Well I still love tomato sauce… We are eating eggs in purgatory a lot nowadays, I learned about that dish here, maybe this year…? I am bad with time. And it’s so perfect, my SO loves it too and carnivore makes me lazy, I don’t want to make complicated dishes for the high-carber either

(Today I made tomato-cheese bread bears though but that’s, like, art. And easy anyway.)

No photo, maybe tomorrow but I make pork roasts ALL the time lately. And the family Christmas dinner will be cooked by me and my SO as the usual hostess, my SO’s mom had a sudden hip surgery (poor one is so very impatiently want to be able to care for herself again! I can’t even imagine how bad is that). So the main dish will be pork roast (and chicken breast)

I used to say that most of my dietary questions are answered with eggs but pork roasts have a very special place in my life too.

I seldom have ham as a main course, but I supplement most of my beef suppers with about 100 g (3.5 oz) of ham (it was on sale really cheap). I eat it as a side dish, or mix it in. If I’m eating, say, just ground beef with chili, Italian, or curry seasoning, it looks like dog food. But with cubes of ham stirred in, it looks okay. And some of the flavors go really well with the ham.

If you eat salads, you could try making a chef salad with ham.

Lunch: More ham and fewer eggs. I won’t be able to buy farm eggs this week because of holiday silliness.

Supper: Apropos of a previous post, cubes of ham in curried ground beef. 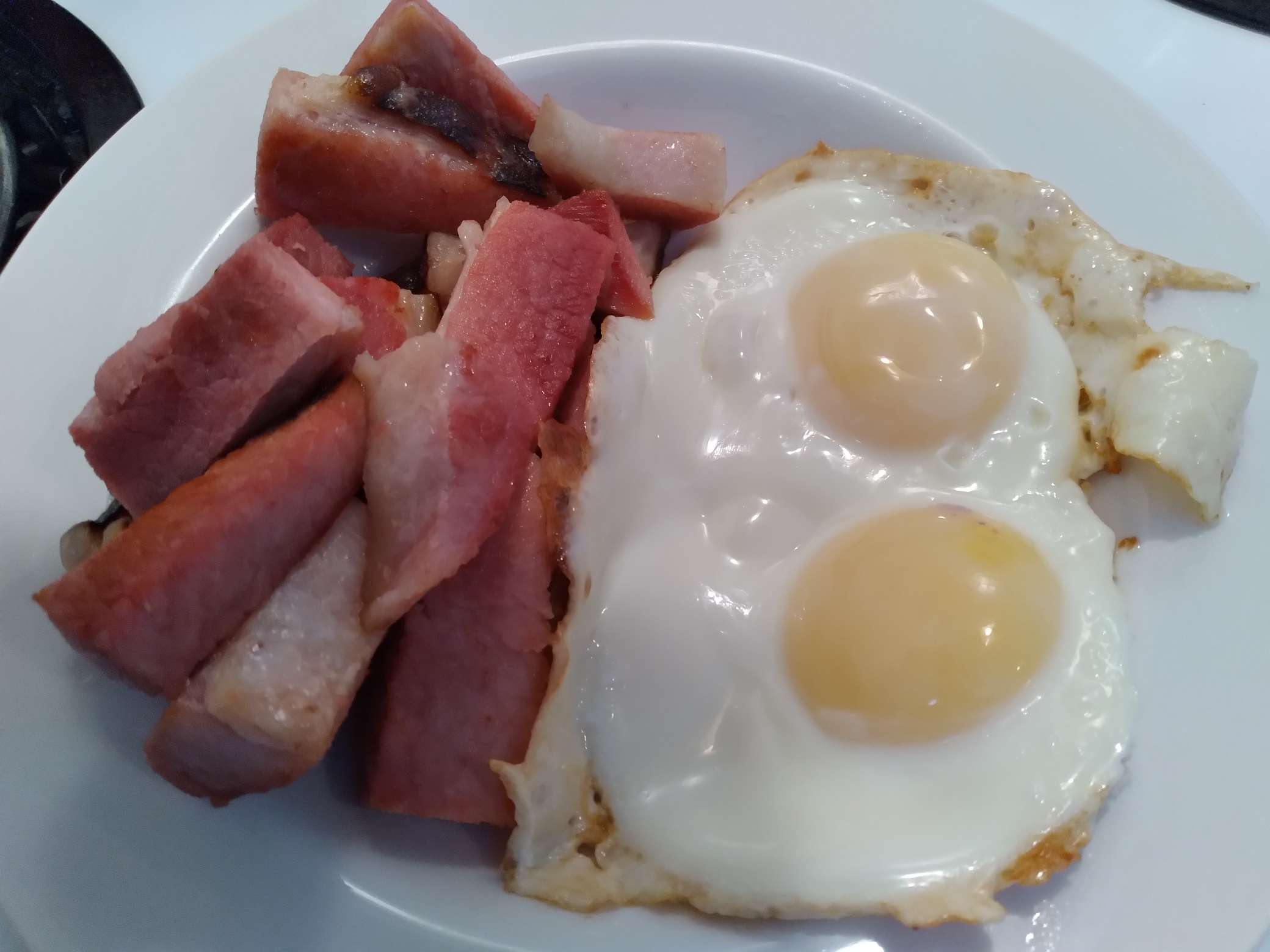 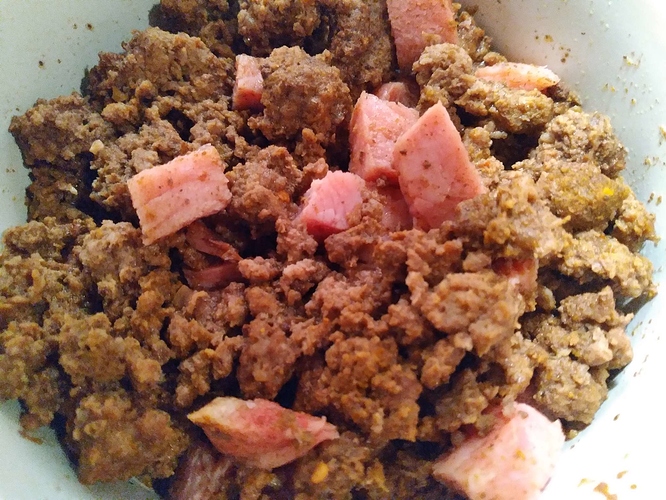 The family aren’t giving me such a hard time since I made a delicious dinner of slow cooked fatty lamb and veg. It was so rich and delicious that nobody wanted anything afterwards, and they said they loved it. I had less junk food yesterday so I’m feeling much better. 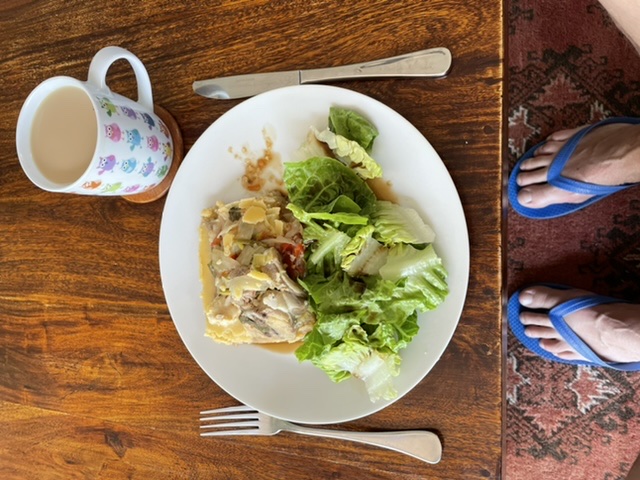 Today I had the cold leftovers for lunch in the lamb jelly with a cap of lamb fat and butter, with cos leaves and tea. Much better!!

Ham makes everything better. Ditto for its cousin. Bacon.