You say you use glass cutting boards.

As someone who worked with knives much of the day for years there’s only one type of board I would recommend, everything else has major downfalls. Glass is way to hard on a knife edge. Plastic is unsanitary because micro cuts and scratches breed germs. Wood and bamboo have forgiving surfaces for the blade edge. And they’re a lot quieter and aren’t slippery. They are self healing as far a scratches go and wood has a natural antibiotic property that doesn’t allow germs to multiply easily. I recommend end grain hardwood boards (often checkerboard in appearance) or a horizontal tree trunk slice. I’ve been off hardwood for years now and a good thick laminated bamboo board is the best I think. The thicker the better to avoid warpage. Hand wash and dry always, and use a good butchers block oil like Jasco (food grade mineral oil) to keep it from absorbing water or blood applied a couple times a year. Here’s my favorite the last 5 years. It’s about an inch and a half thick. I love it. The other side has a groove ring that catches juice when carving meat. 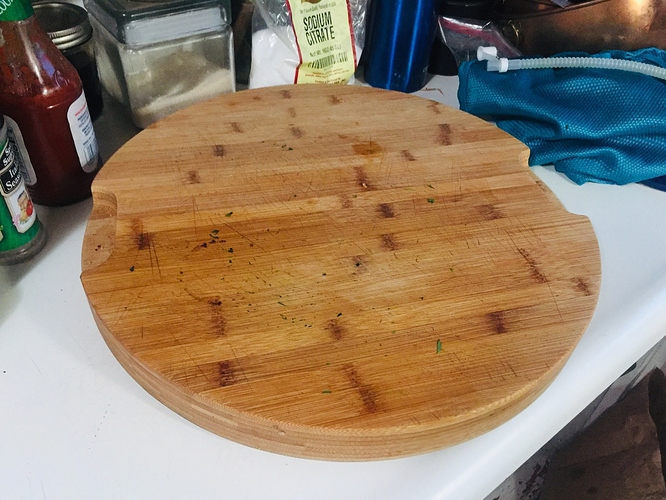 You say you use glass cutting boards. I would prefer that too, I use mostly glass plates etc. I always thought that glass might be bad for the knives?

A knife blade will dull when it’s run along any material, but the harder the surface and the more force applied, the quicker you will see those results. So a sharp blade aids in this, needing less pressure to make the cut. … But for the record, I never just run a knife blade along a cutting board itself, regardless of the material it’s made from. I will make the initial cut through, but then raise the meat up slightly to make the final cut to separate it. It’s like when deboning meat, I never constantly run the knife along the bone, but alongside it, so the blade is cutting only through the meat. This helps save the blade’s edge.

Plus, if you angle the knife so only the tip gets near the board, there’s less chance of running the blade edge on it and the angle of the blade also helps cut through the meat. But yes, I just find that the glass is much better overall for me. I cut up a lot of deer, which also has more blood due to not being aged or set out long enough to bleed out some. It’s easier to keep clean and isn’t porous like other materials such as wood, plastic, etc. You really have to stay on top of some materials to help keep bacteria from forming and with the added blood or fluids, there’s always the issue of staining.

Believe me, I would love to properly age Deer before butchering, because it really makes a difference in taste and overall quality of the meat. But to properly age Deer, you have to keep it in a freezer between 35 -37 degrees for 10 to 14 days. And if this is not possible, the next best thing you can do is to get it cut, packaged and in the freezer ASAP after it’s harvested. So this is what I do and have never had a bad piece of Venison in the 30+ years I’ve hunted. (I’ve also never taken a Deer to a butcher. I prefer to do the butchering myself and find it as part of the overall experience.) 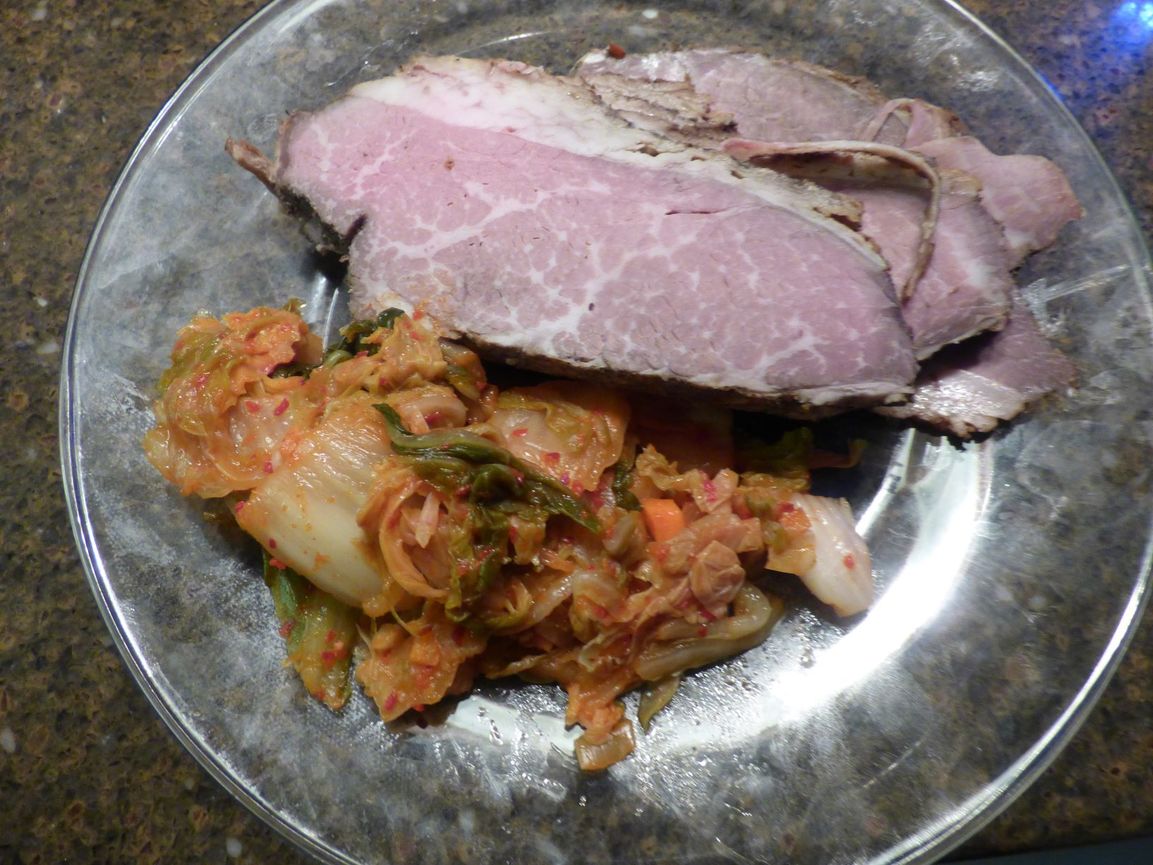 Another hot day and another cold dinner: Brisket and Kimchi. Today will be hot also, and for tomorrow we have an excessive heat warning, stay inside with air conditioning between 10 am and 6 pm. More cold dinners to come…

Been in back-to-back meetings this morning for nearly 3-1/2 hrs., so just grabbed a Grape Zevia, 2 cans of Smoked Vienna’s and ate about 20 or so Salt & Vinegar Almonds. 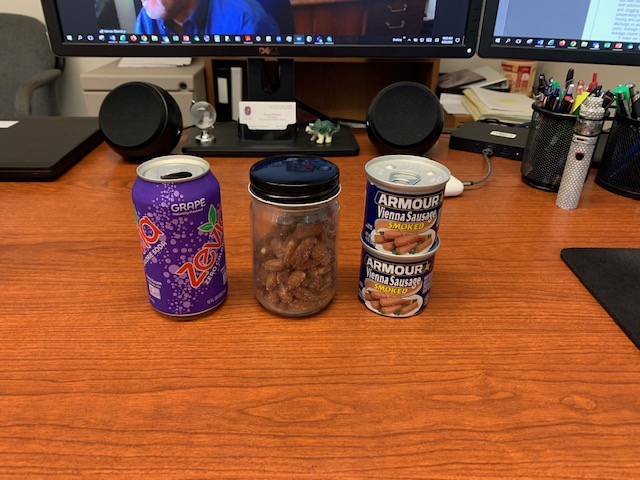 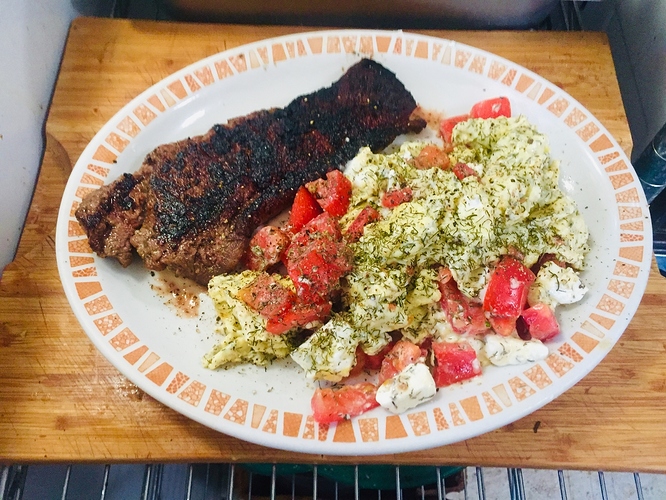 @Athena61I recently learns a trick for removing silver skin from pork rib racks, it was the opposite of what I was doing. Use a butter knife! Slip under in the middle of the rack and tease it off towards the end.

I use that trick also. Once you get the flap loose at the end. grab it with a paper towel and it pulls off easily.

I miss our Brits! Are we sure they can access us? I hope all is well with them…

Tonight’s meal… Another Zucchini Boat, and some more Crabs to finish off the 1/2 Bushel I picked up Saturday. For some reason the Wife and Son didn’t eat many, almost a Dozen between them, so I’ve been hitting them. 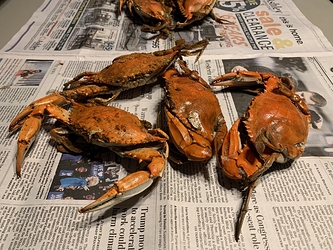 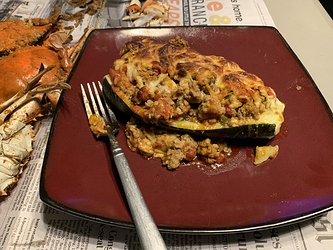 Tonight we had a few recipes from Gnom-Gnoms Keto Speedy Comfort Foods cookbook. Coconut Cauli-Rice, and Instant Teriyaki Chicken. Both were great and I’d make them again. 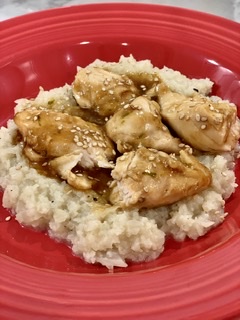 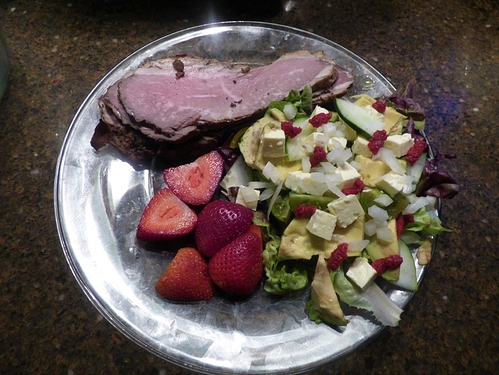 Lunch and probably OMAD… 4 …2 Knockwurst, Deep Sea Scallops, Sausage Patties, Bacon, Salt & Vinegar Almonds, Zevia Cream Soda and Iced Tea. … I actually put 2 of the Knockwurst, some Bacon and a couple of the Sausages back in my fridge, probably for tomorrow. I just wasn’t feeling it today? 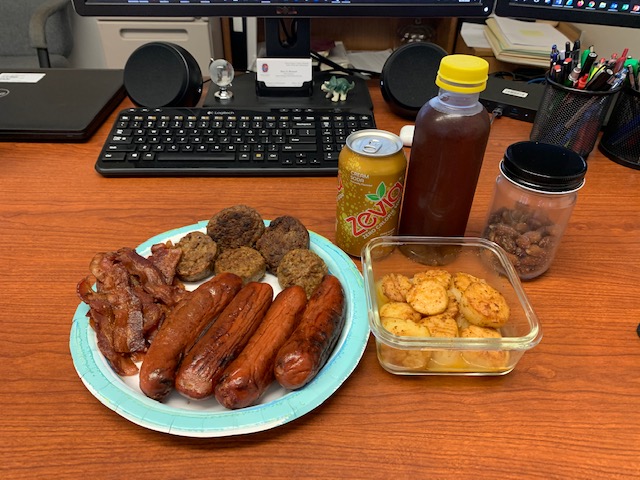 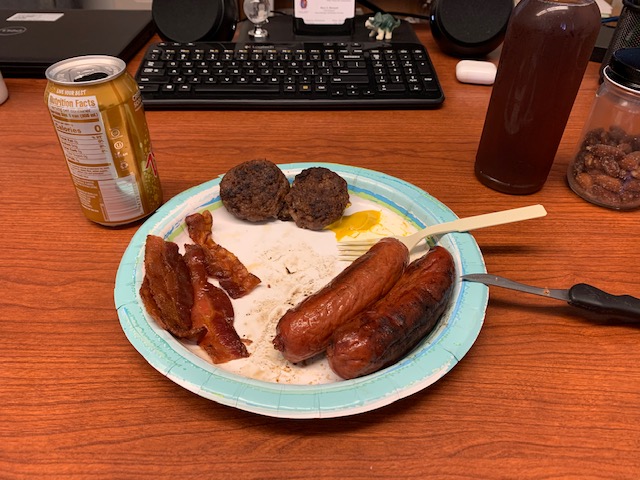 I generally eat 2MAD. Because I had some leftover (raw) chicken tenders from last night’s teriyaki I wanted to make a pecan chicken salad recipe I saw earlier. Here is the recipe: https://www.texasgranolagirl.com/pecan-chicken-salad/#wprm-recipe-container-1680. I do like this gal’s blog. The salad hit the spot. 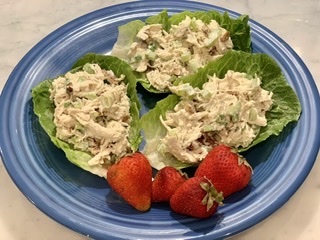 @Digital_Dave You’re a big crab eater! Do you eat the tomalley on those whole blue crabs? 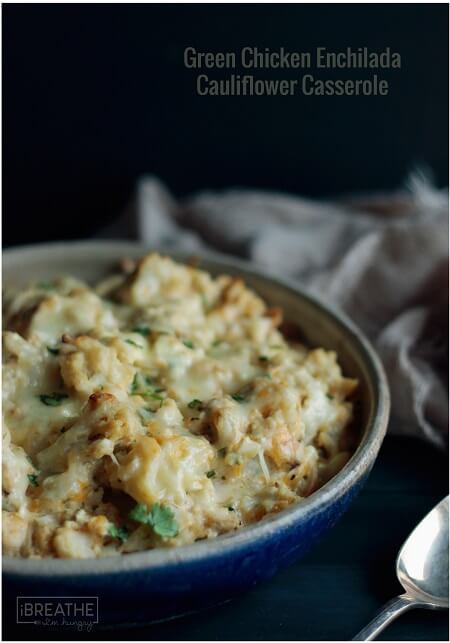 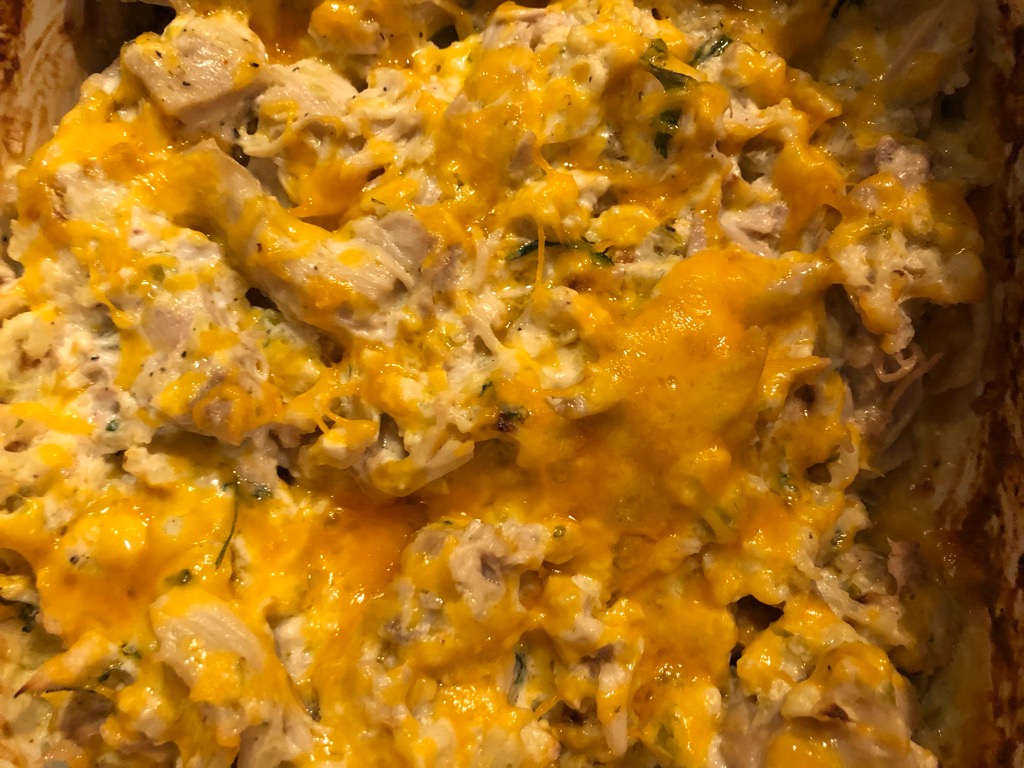 It was! I had never used tomato paste like that before, it turned out to be a stroke of genius! The flavors blended really nicely. 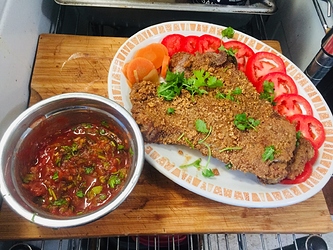 Ok, I must know, how did you make the coating?

The hard dregs from Pork Rinds that I’m afraid of cracking my dentures on trying to crunch them…Cuisinart-ed!

Dipped in egg and tallow fried.