OMG, some of your guys meals look amazing. Gave me some great ideas.

I usually make a gralic mushroom butter sauce and add in some brocoli, and reduce it all with butter and cream. There is also a really tiny amount of shredded chicken. Its quite tasty to be honest.

I guess the thing I am doing different from you guys is, I tend to eat very very little of it though. Just once a day, sometimes twice, but usually once. It would be like 4-5 bits of brocolli in total, but there’s quite a lot of fat there. And some bits of mushroom and tiny amounts of shredded chicken.

Keeping the cals down is good though right? I am guessing I had less than 500. I dunno it wouldn’t be much more than that, maybe 600. Maybe I should eat a bit more, I am not sure. Its just tough to say. I’m going to try posting my meals here. 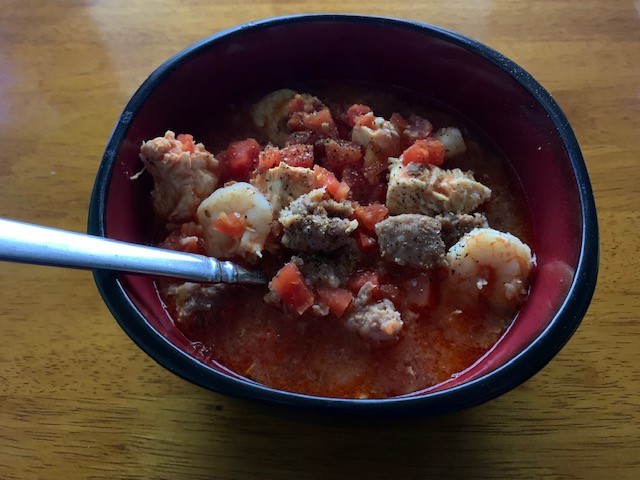 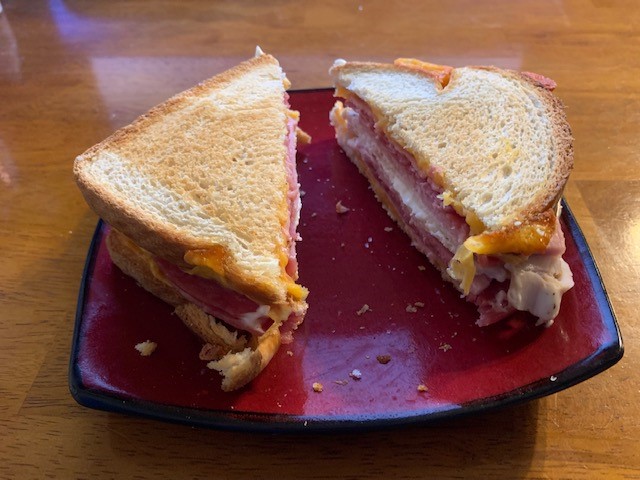 Forgot to post my lunch and OMAD today. Went out and picked up some stuff for the office, including a Rotisserie Chicken (ate half, brought the other half home to the Girls.) - Picked up some lunch meats, some Sardines in Mustard (I ate one), a can of Bumble Bee Crab, which I’ve never tried (Probably try it tomorrow), Some Hard Salami, Roast Beef and Smoked Gouda Cheese. … Made two smallish Wraps, and then ate the Half Rotisserie Chicken. Finally ate half a Triple Chocolate Rebel. Been a while since I had one, and plan to eat the other half tomorrow. Then maybe do some Fasting. - Also picked up some more Pumpkin Seeds, Mayo, and some Pickled Sausage, which I ate two with lunch today. Zero Carb. 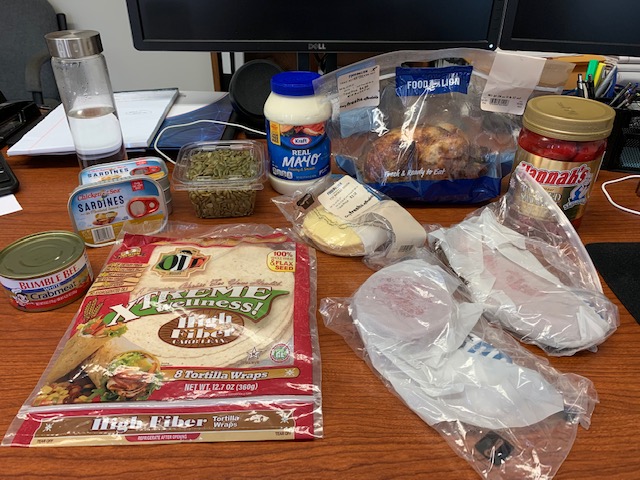 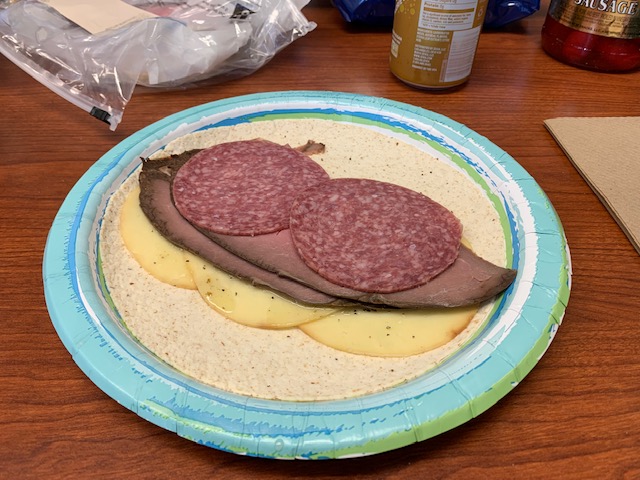 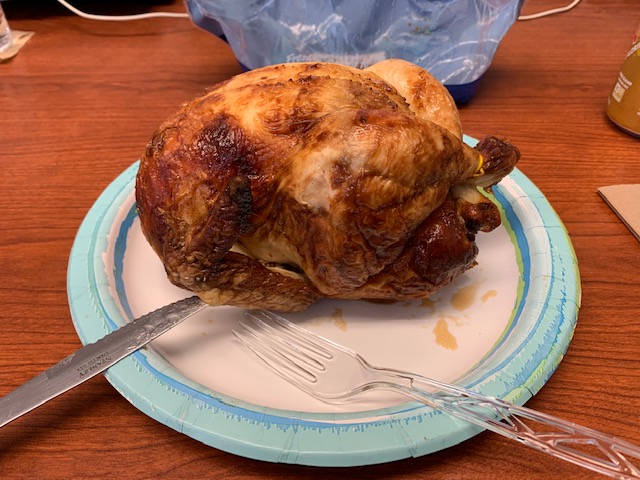 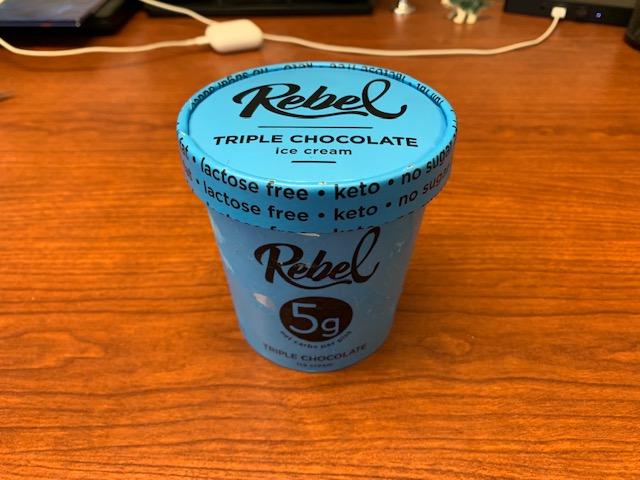 Welcome! We each need to figure out what works for us, but my guess would be that you need more additional protein. I would worry about my metabolism slowing down. Watching calories is good, but 500 seems a bit skimpy. Personally, I pay more attention to carbs than calories, but that’s just me. There are a number of websites out there that will tell you how many calories you should have on a low carb diet, after you answer a few questions. Might be good to know to serve as a rule of thumb. Good luck, and it will be great to see you post pics.

Lunch today, and also OMAD… had to run out to a site and meet with one of my inspectors on site to discuss an issue. So on my way back to the office, stopped and picked up some burgers. (Just wanted a burger today, but unfortunately there isn’t much choice for this on the road. So McDonalds had to do.

) Got 2 McDoubles?, and 2 McChickens? I’m really not sure what their names are. But both without buns, and they put them in plastic dishes for me.

I also had the leftover lunch meats, and made 2 wraps to finish that off, and had the other half of the Triple Chocolate Rebel from yesterday. … Now Plan to Fast some to get away from food for a bit. 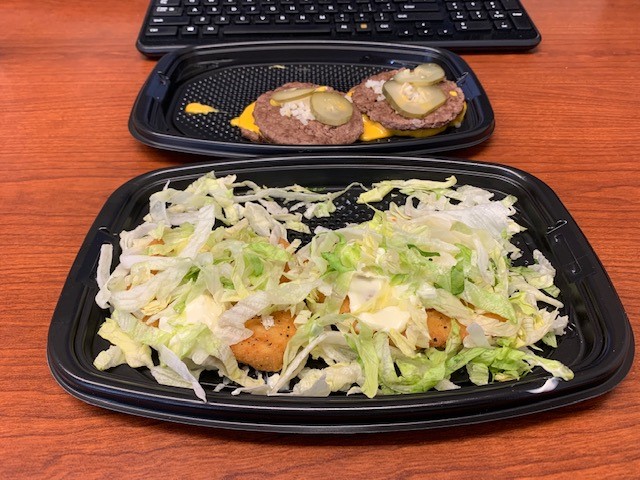 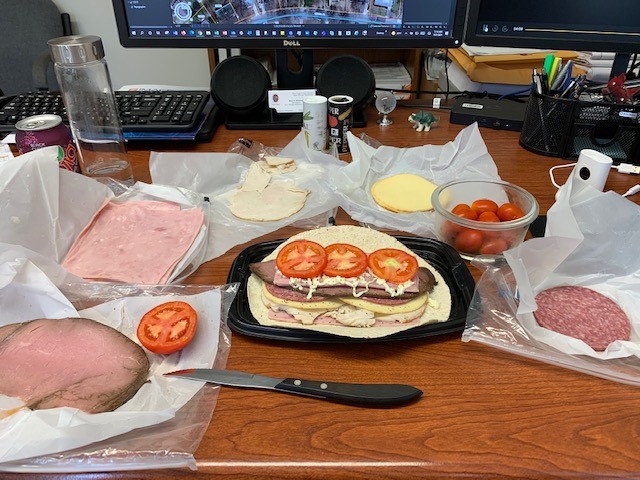 Ya know, there was a time not long ago, when ‘others’ would post ‘their’ meals too.

… But we did had some recent issues with the site acting up a couple/few times, and this may have caused some to wonder off. (Which is understandable) But hopefully they will find their way back sometime soon and start posting again.

… It’s one place I always liked to visit whilst Fasting, and check out others’ meals for new ideas. So hope you do post some pics. It’s one of the reasons I started another thread for recipes I like to make up and share.

Those are some of my favorite wraps! 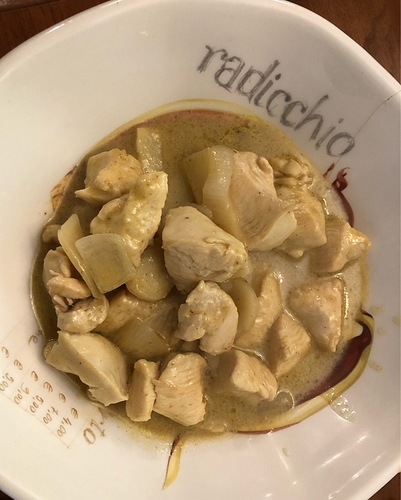 Broke a 54 hr. Fast last night with a couple slices of Beef Liver, and some Hamburger Wraps, with Taco Sauce, Lettuce and Tomato. (3 net carbs per wrap) And also ate some Salted, Roasted Pecans. 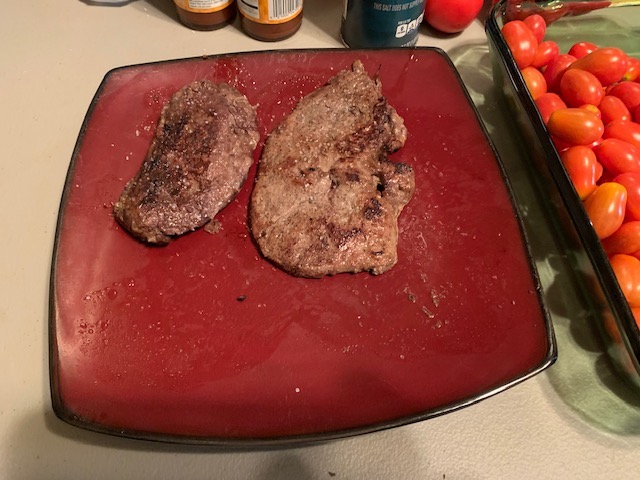 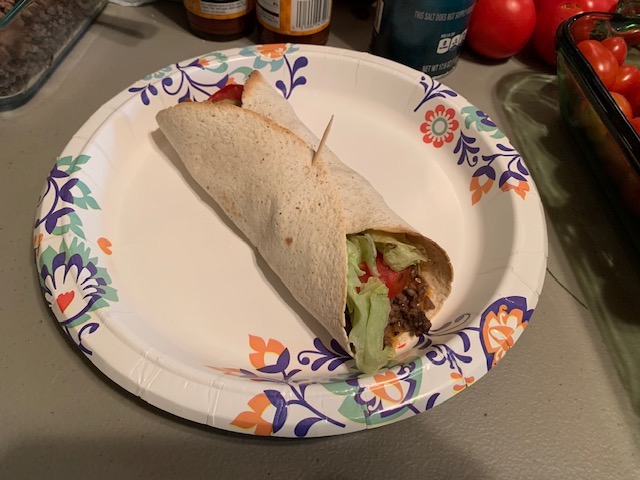 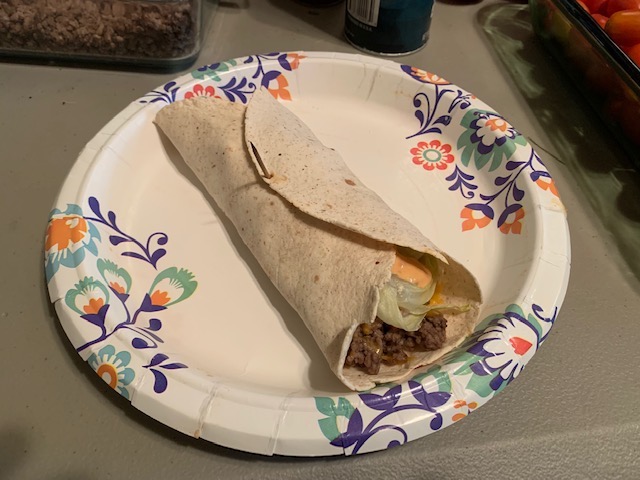 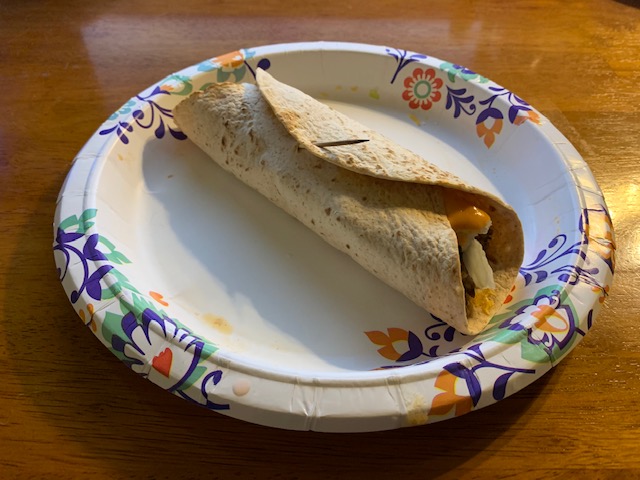 Was cooking at the same time and preparing my Son’s too, so toasting wraps while eating. 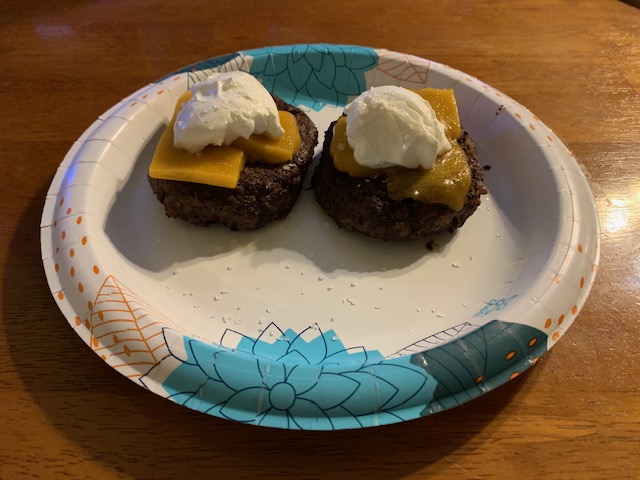 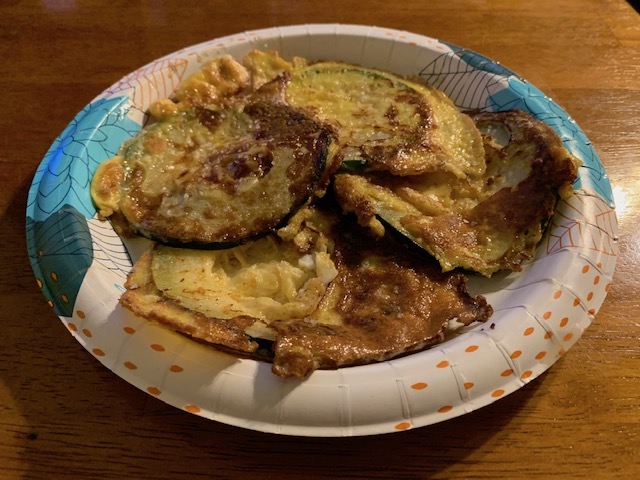 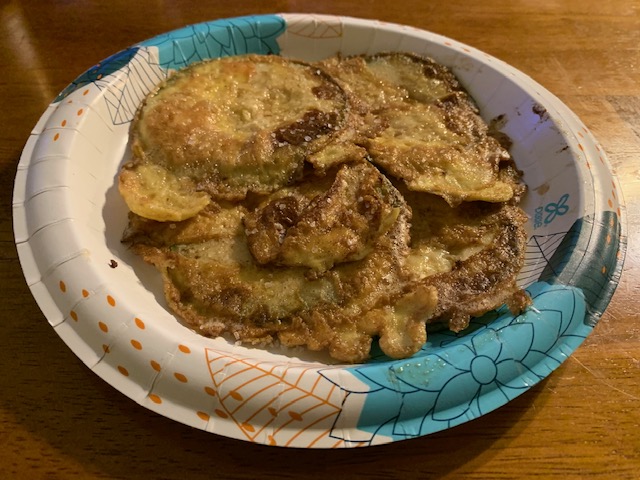 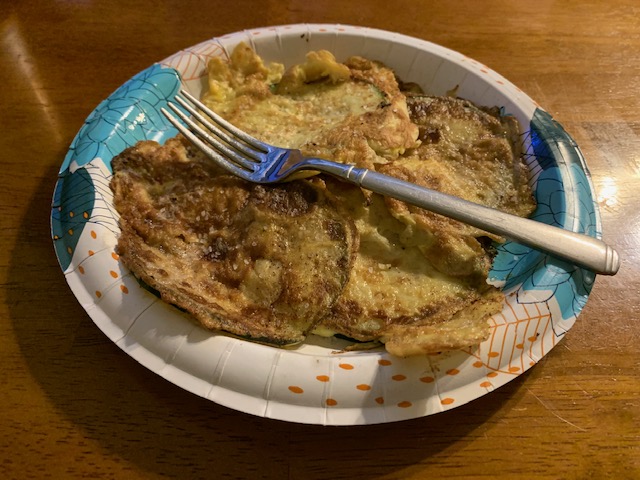 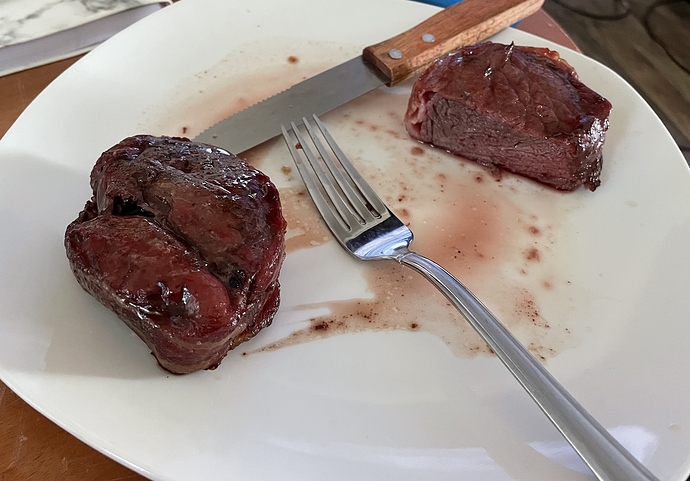 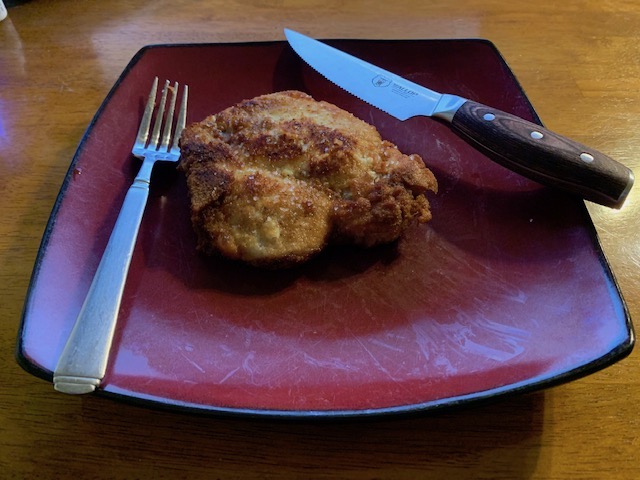 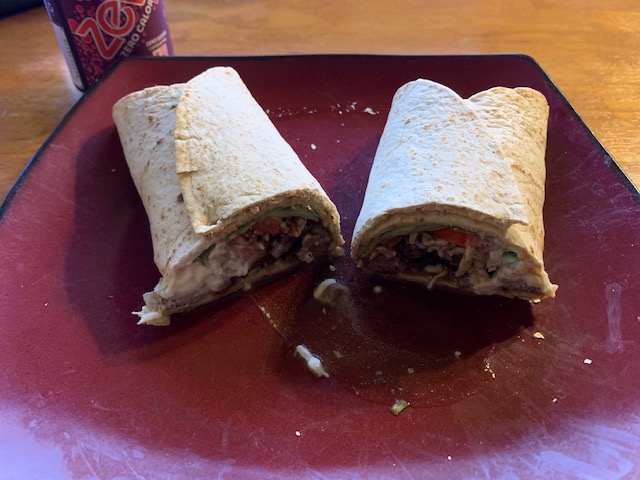 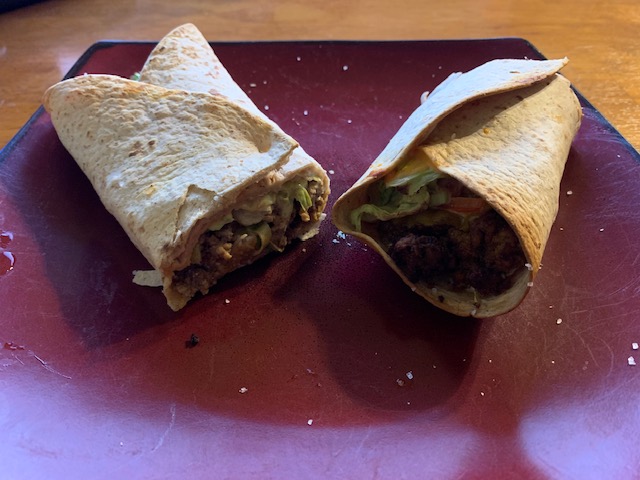 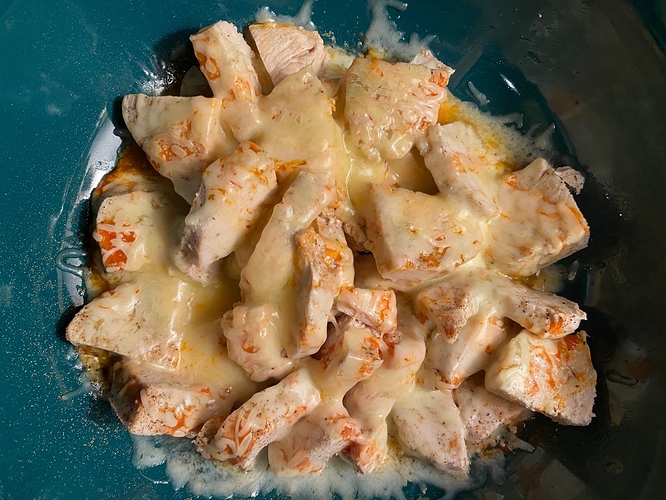 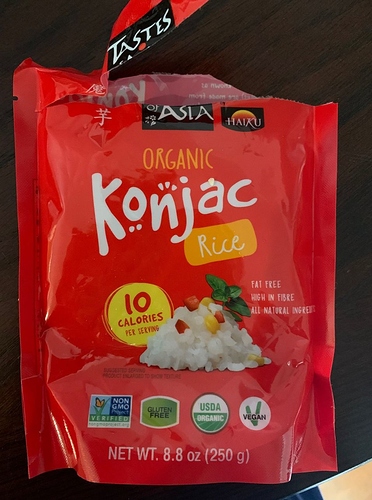 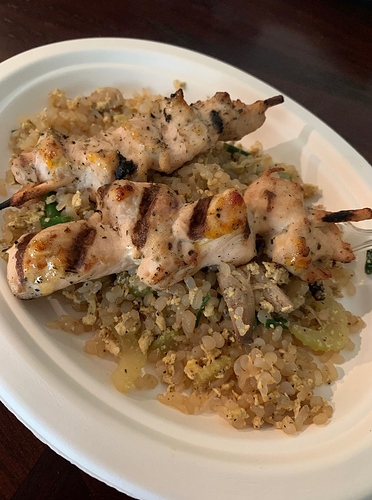 I just discovered this and I’m amazed. It is complete flavorless so it takes on whatever you season it with. I made fried rice. I’d love to know what others have made with it.

Lunch… Had some Fried Eggs, Bacon, Sausage and Scrapple. But actually put back, or didn’t eat, 2 of the slices of Bacon, 2 Sausage, 1 scrapple and 1 of the Eggs. Because I also wanted to try something with some Mini-Wraps we picked up the other day. 3 carbs for 2, and I made some Mini-Pizza’s to try. 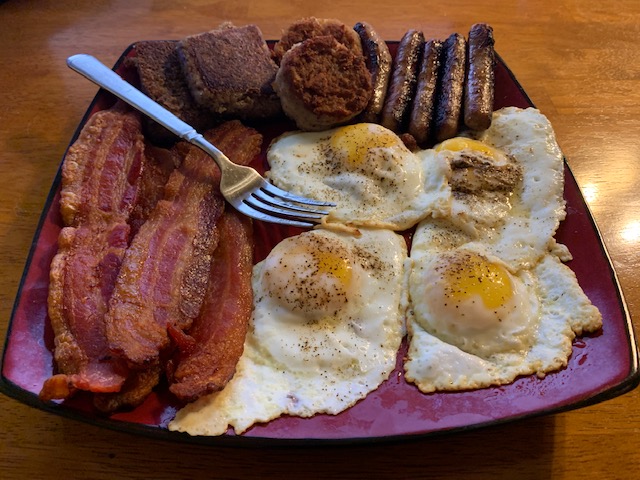 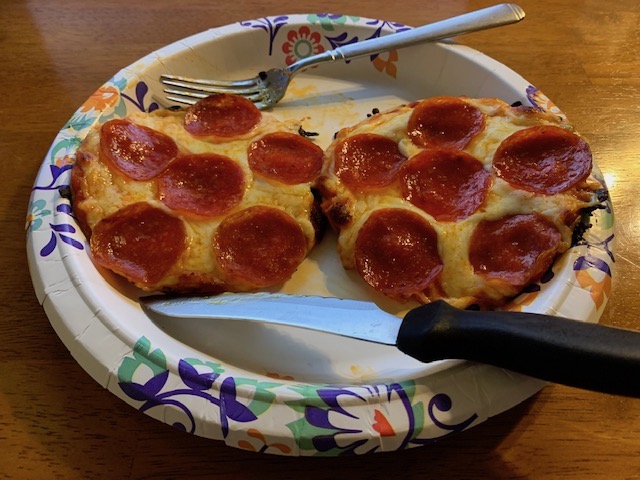 Dinner, just made a couple Wraps from the left-over meats we made yesterday. One Taco Flavored Meat Hamburger, and One Steak & Cheese. Both with Lettuce, Tomato, Scallions, etc. Then toasted. 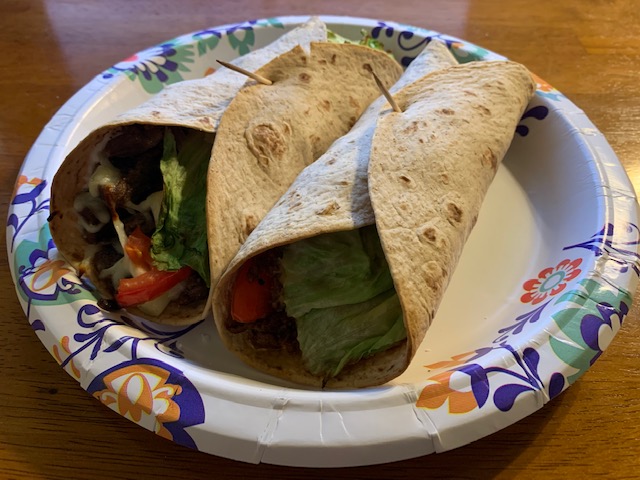 hmmm, can you remind me how much coconut flour per egg? I have some frying on my mind. If it turns out I will share!

Actually don’t know the ratio, sorry. She just put some of each in bowls and dipped it in Egg, followed by Flour. I was telling her we still had quite a bit of Coconut Flour to use up, so she used that instead of the Almond Flour. But I think it actually worked a bit better then the Almond too. Almond crust seems to fall apart, or break away from the food most times, and to me, doesn’t taste all that good as crust unless you add some seasonings, etc. We didn’t with the Coconut Flour. And I think the taste was better too.

*Lunch… Bacon & Sausage (Links & Patties). Then added some Cherry Tomatoes, 3 Pickled Sausage, Sardines in Mustard… and then I tried the Bumble Bee Crabmeat I picked up the other day.

I can’t say, or describe just how awful this stuff is.

The texture was like ‘old stuffing’ from a wet, 30 year old, misused couch… and now that I think about it, probably tasted like the same.

But I didn’t like it at all, and even the Pumpkin Seeds didn’t seem to help get over the taste afterwards, and I only took 1 and a half bites before tossing it into the bin next to my desk. 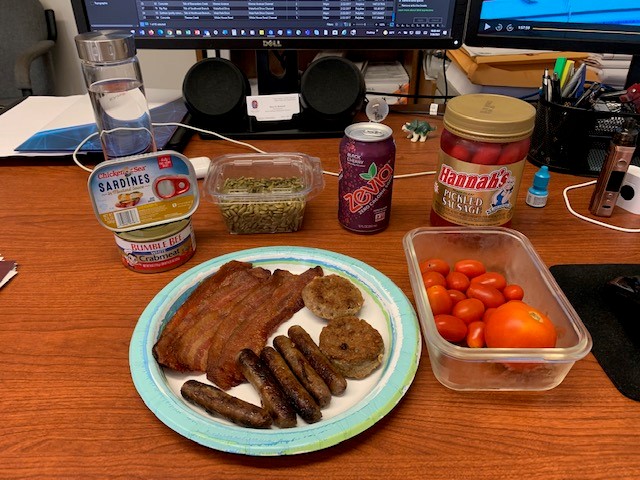 Ok, so more than 30-45 minutes after eating, I still had that terrible taste staying with me. It was really bothering me too, and If I was at home, I would have re-brushed my teeth and looked for something to gargle with. But since I was at work, that was not an option. I was speaking with the Wife on the phone and told her I needed to head out to get something, and she mentioned maybe something Chocolate. Though I agreed Chocolate was good for this, I didn’t want to get something too carby, but wasn’t sure on choices at Wawa’s, since I didn’t want to drive 30 minutes. Else I would have just gone to Food Lion grocery store and picked up a Rebel Ice Cream. Probably Triple Chocolate. But 30 minutes each way?

On the way to Wawa’s, I kept thinking it was like I had licked an engine block and was tasting motor oil, or maybe hydraulic fluid! - And even thought I might just get a damn YooHoo. God knows how long it’s been since I had one of those. (Always did enjoy them) But after seeing it was over 50 carbs, decided to keep looking, and ended up getting some Strawberries and Blue Berries, which was still $3.75 for the ‘tiny’ container they offer. Then also remembered my Son used to get these ‘Quest Cookies’. So looked around and finally located them. And they are actually $2.99 for one cookie.

… Now I’m not at all frugal when it comes to spending money, but damn, some of these places are making a killing when they sell these tiny treats. But it seemed to have helped, which is the main thing. And with lunch, still stayed under 20g so it worked for what it’s worth. 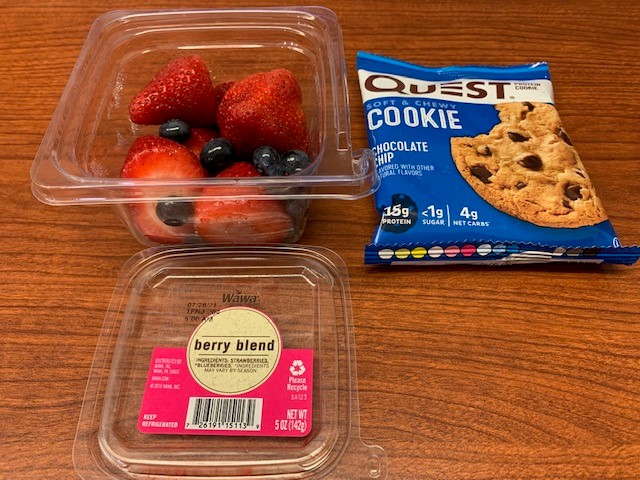