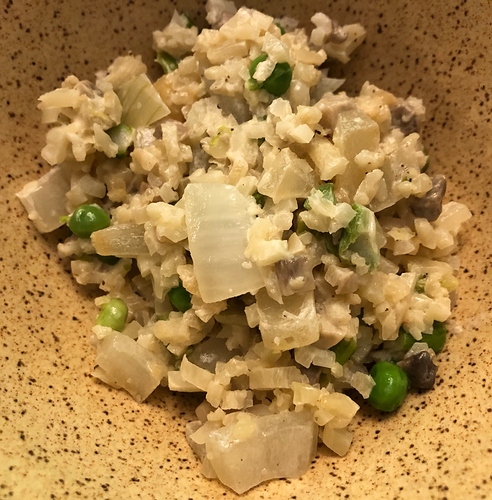 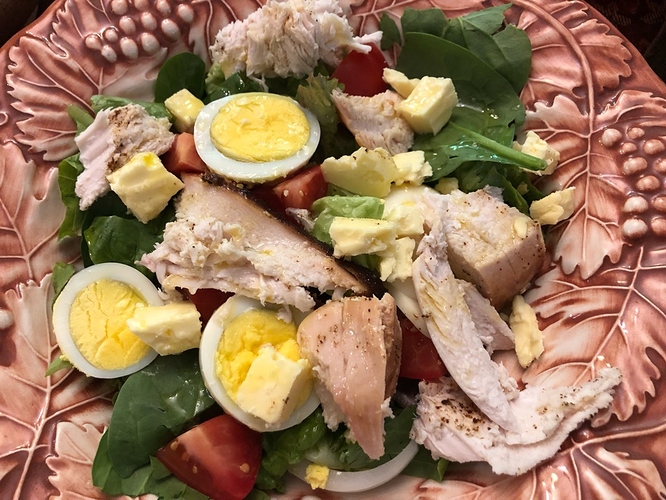 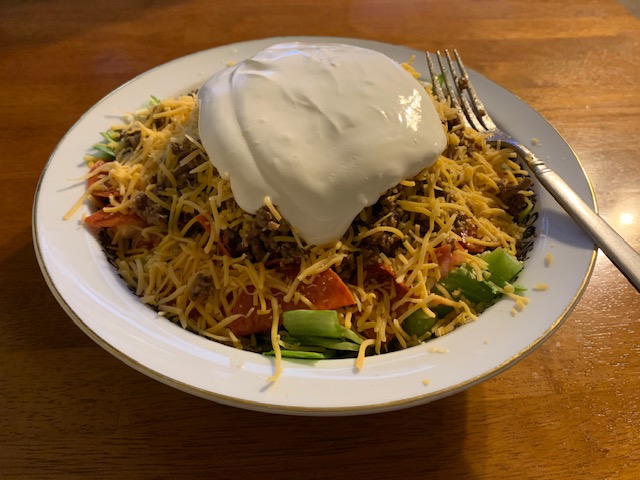 I’m back. My husband and I were being a hospice caretakers for my mother-in-law for three weeks at her home. She died a week ago. So everything is rough right at the moment.

Pretty keto today. I am pushing a protein a little bit, having listened to recent podcasts on diet doctor. It is keeping me feeling more satiated. I’m hoping to take the fat off my body, instead of having the fat on my plate. Fingers crossed.

A friend is joining me and hoping to lose some weight before the end of July, and her hip surgery. So far she’s making some progress adjusting her macros. Still too high on carbs, and way too low on calories. She says she’s never hungry. We weigh about the same but she’s a lot shorter.

I also heard something recently on Dr. Gundry. He doesn’t do keto but he was talking about having the first meal of the day be a mono meal. In other words mostly fat, or mostly carbs, or mostly protein. Depending on what kind of diet you’re doing. Because some people are very successful on low fat higher carb. My husband’s entire family eats that way and they’re very thin

My mouth is watering! That looks awesome!

Thanks, Karen. - And so sorry for your loss.

I will be doing 2 smoked chickens tomorrow (Memorial Day) for a family gathering. That looks really good!

Sorry for your loss. 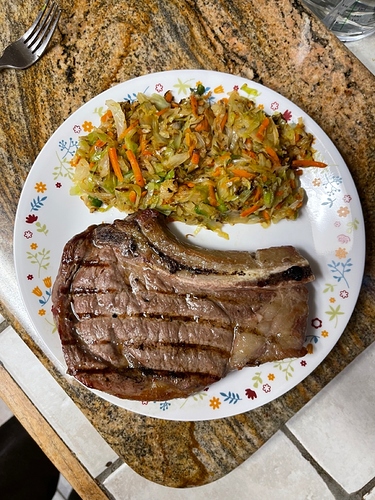 Sorry to hear this, care taking is very hard, especially when it doesn’t end in recovery.

He doesn’t do keto but he was talking about having the first meal of the day be a mono meal.

I suppose my first “meal” is mono since a BPC.

Sorry for your loss and welcome back.

It was delicious! Going to make chicken alfredo pizza tonight out of the leftovers using low carb wraps for the crust.

I took that pic while still in my smoker. When the internal temp reached 165 F it was much darker, looked dried out and I thought I had ruined it. I cut into it and the juices ran - was so relieved.

Lunch, and maybe OMAD? Going out to start working, and we don’t really have plans for Dinner yet? 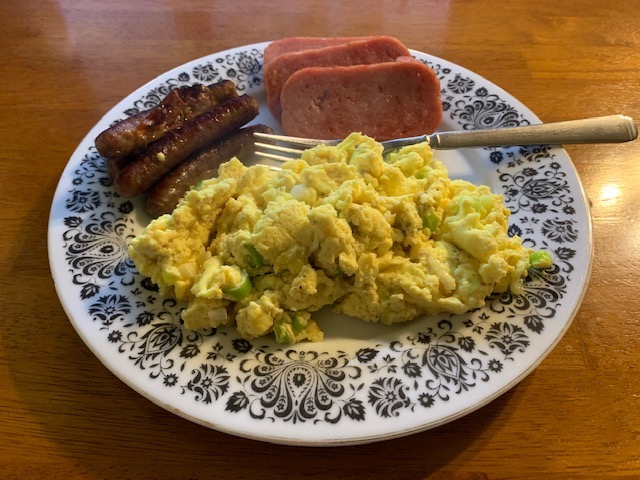 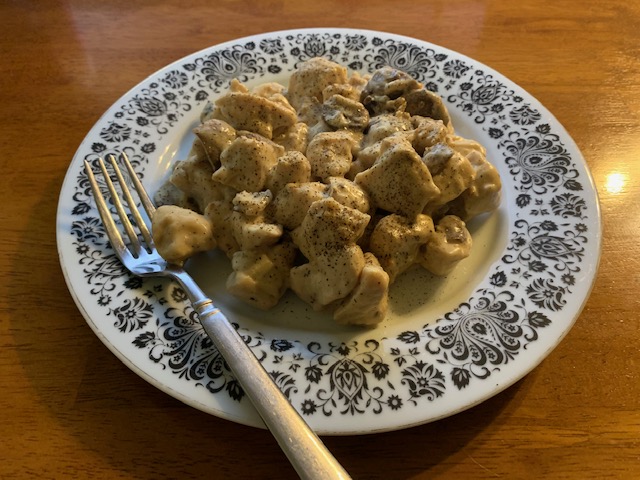 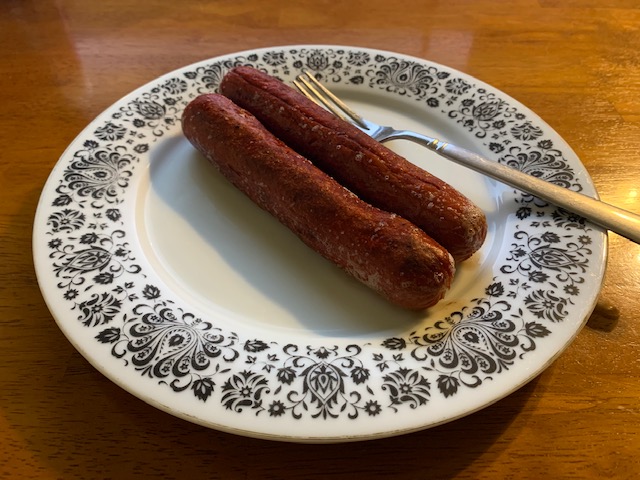 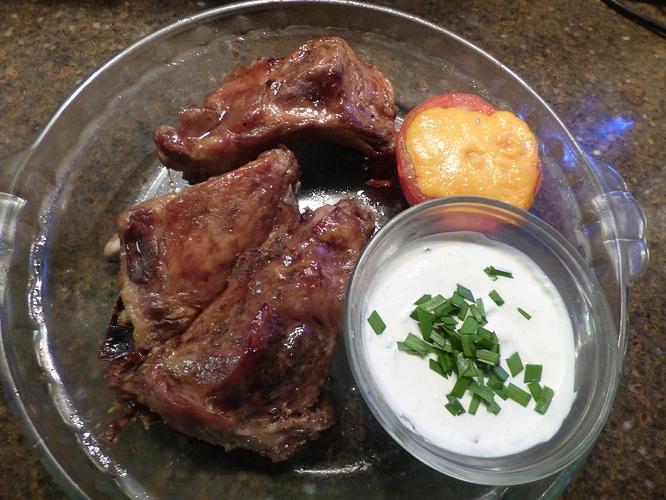 Some very tasty meals going on here, always good for inspiration. Today for my middle of the day meal I’m having an egg dish and it’s hitting the spot!
2 Tbsp butter, salt, onion, mushroom, parsley and thyme with 6 eggs beaten with a little creamy jersey milk and some black pepper. I always just make it up. I haven’t had mushrooms for a while so I’m enjoying them a lot. This isn’t the whole thing, there’s enough for later. 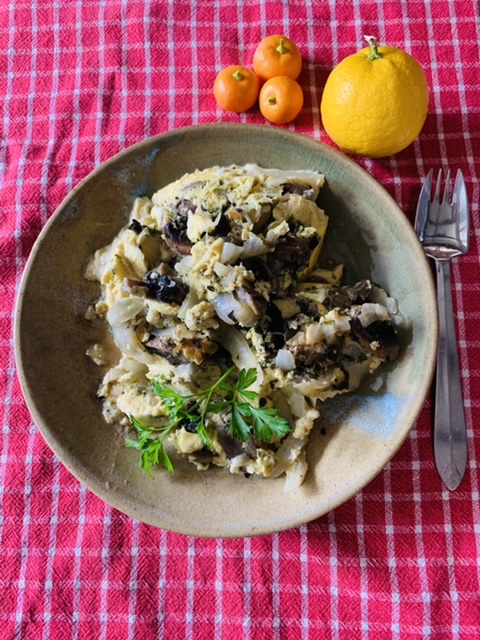 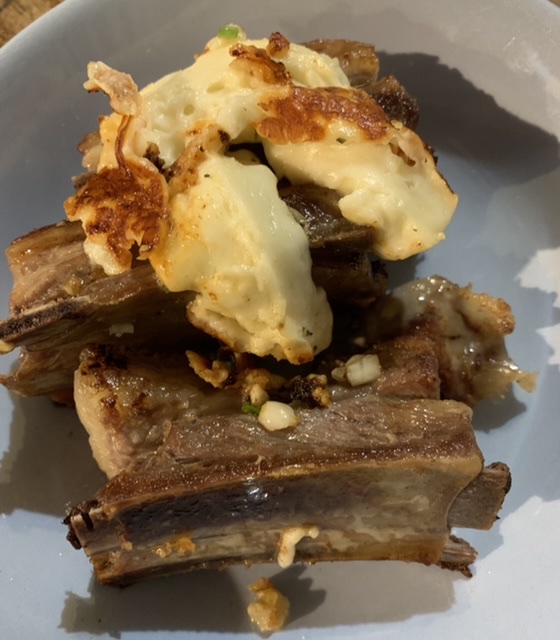 OMAD… Decided to do some Fasting, so Carbed up a little for today.

16 hr. Sous Vide 20 oz. Top Sirloin with fried Onions. While waiting, I also had some sliced Turkey with Strawberries, had 1 & 1/2 Sweet Potatoes with plenty of Butter, then the Dungeness Crabs were done. (Got the Wife to eat 2 that were shown) then had a Halo-Top Sea-Salt Caramel Bar. 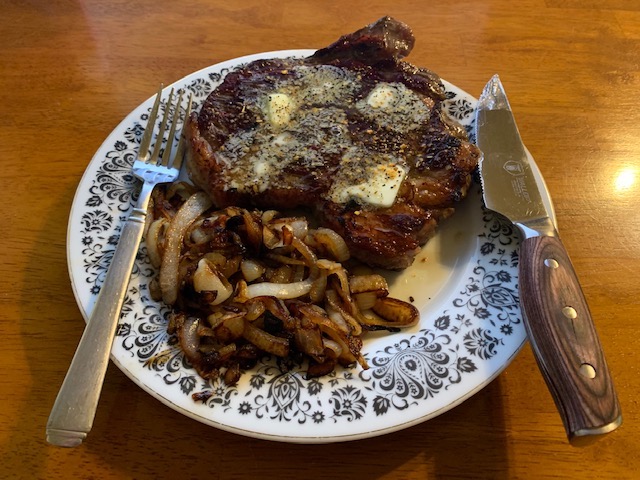 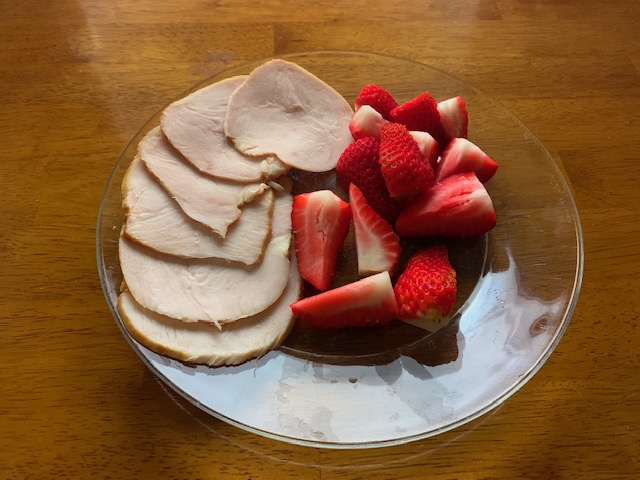 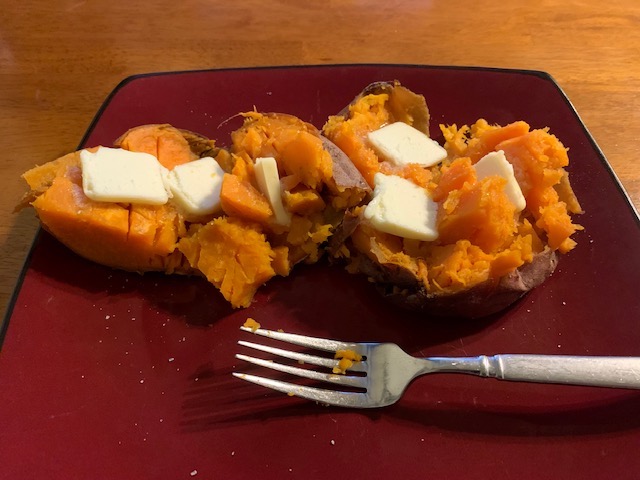 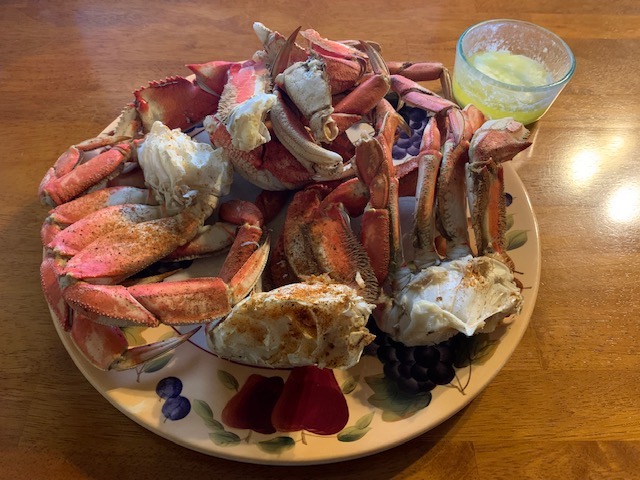 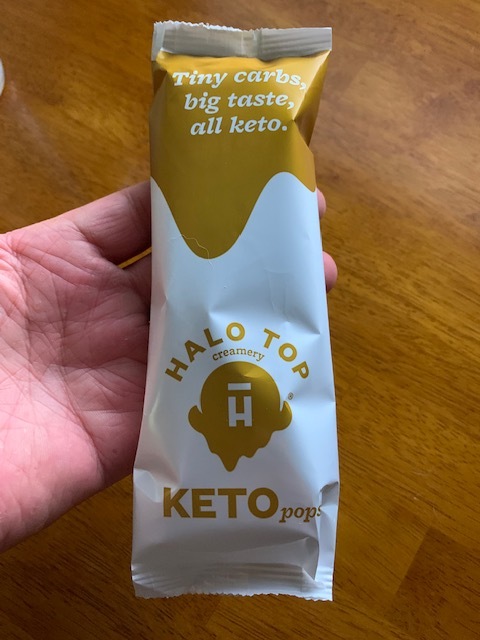 Another Ribeye (with a section missing for the pups (they actually got more after I took the picture))
Skillet browned [in 2tbs butter] cabbage (w/ carrots)
2tbs butter on plate
most of a can of chicken breast
My wife also got the Birch Benders Frosting and “mug” cakes. I tried a spoon of the icing … pretty good. 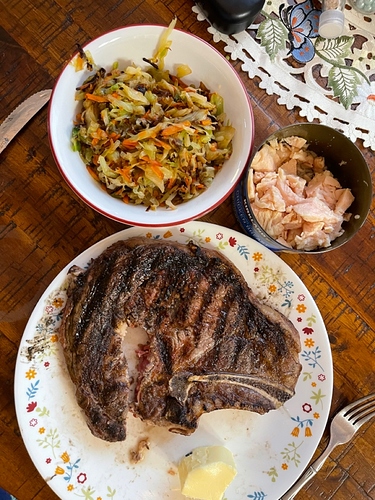 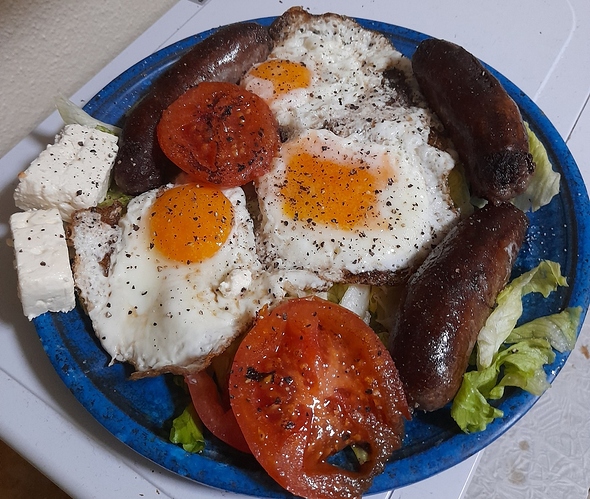 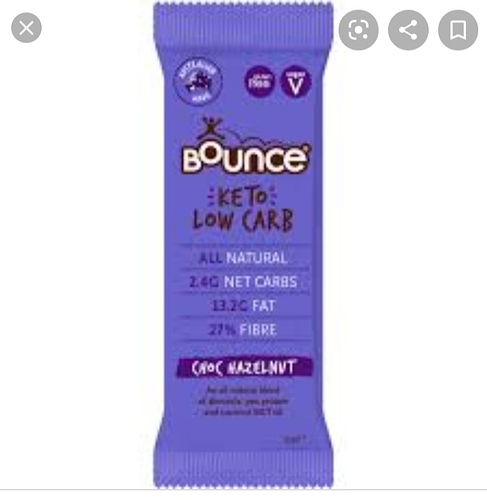