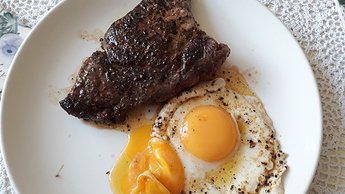 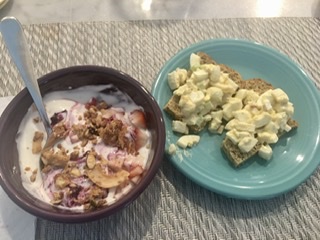 Dining in (yay!) at a new Mexican restaurant in Searcy called Guacamole’s.

I do understand how it works - but have no idea how to adjust picture size on my camera. I can reduce picture size using paint, but that is time consuming. Maybe there is a mod for the forum that downsizes images automatically? I am not familiar with the message board program you are using.

How awesome!!
this is what I eat (without) bacon I guess, when I eat at a mexican restaurant but I have to combine things and ask that the beans and rice be held.

Dinner a little while ago before cutting grass… 4 Dungeness Crab and 1 Snow Crab. 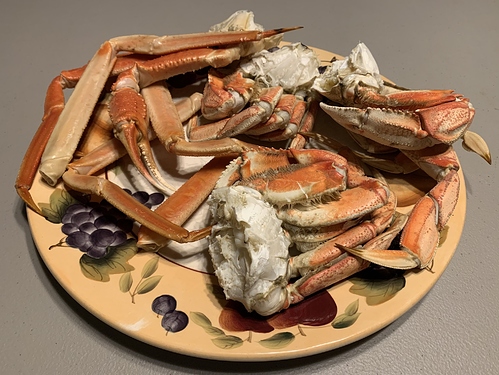 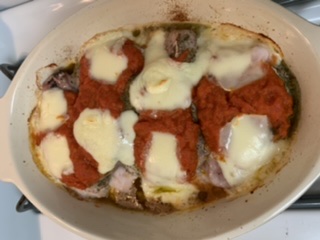 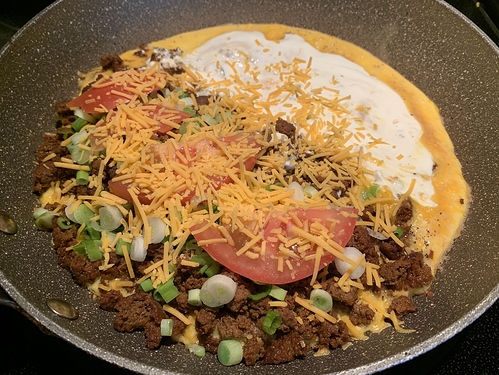 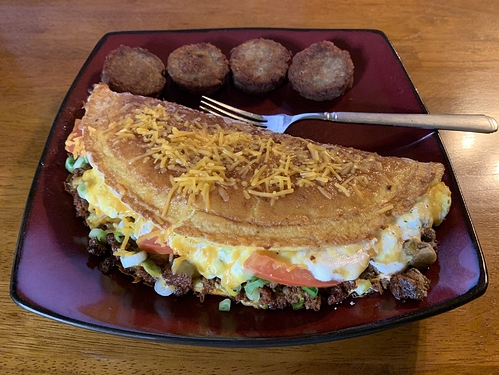 … Just finished loading up the recipe in my Recipe Thread. … Recipe

I really like the way it came out, and it was quite tasty indeed.

I had read about sodium citrate, but had never really thought it was so easy to make a cheese sauce with it. I am wrong. I finally ordered some from Amazon. It came Friday and I immediately tried it. Wow. I did a half-batch of this recipe:

So I did just over a half-cup of water, 5 grams of sodium citrate, and an 8-ounce bag of shredded Mexican cheese. I did it in the microwave by pulse cooking it – nuke for 60 seconds, whisk, nuke for 30 seconds, whisk, and repeat until it’s nice and creamy.

A luxurious cheese sauce in just minutes! And just imagine all the variations that can be done with different cheeses and spices!

I put most of the batch into a storage container, and it firmed up a bit in the fridge. Less firm than a block of Velveeta cheese, but probably still sliceable, but a bit sticky. Later, when I spooned out a few portions into a silicone baking cup to reheat in the microwave, it left indentations where I spooned it out. But later, it was back to a smooth surface in the container.

I’ve had it on nacho chips (made with Joseph’s Lavash Bread) and scrambled eggs. Delicious! And so much better than just melting shredded cheese on them, because the cheese stays nice and runny.

Our local Albertson’s had cheese on sale this weekend, so I bought five 8-ounce bags of finely shredded sharp cheddar for $1 per bag. 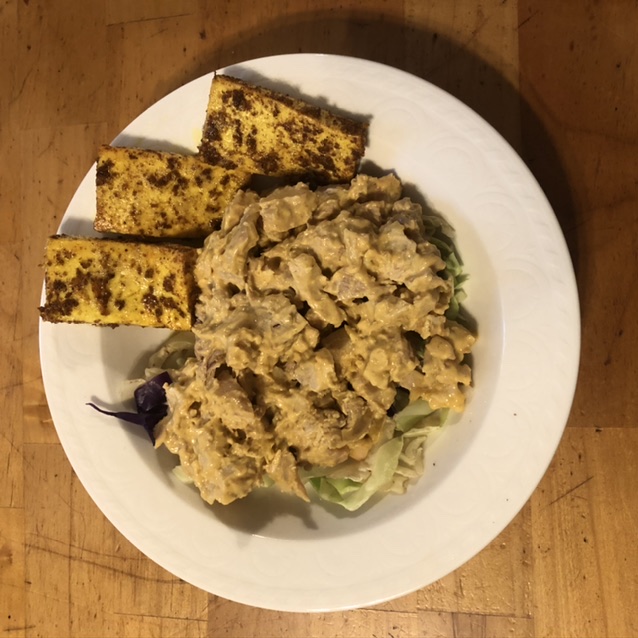 Strawberries from the garden 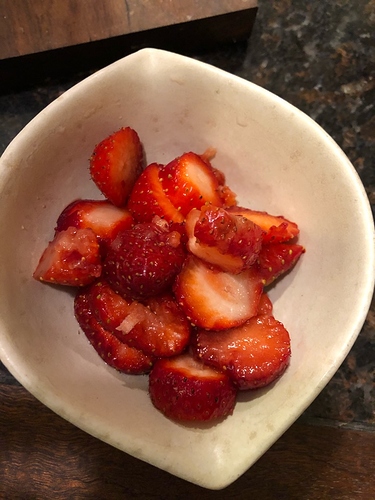 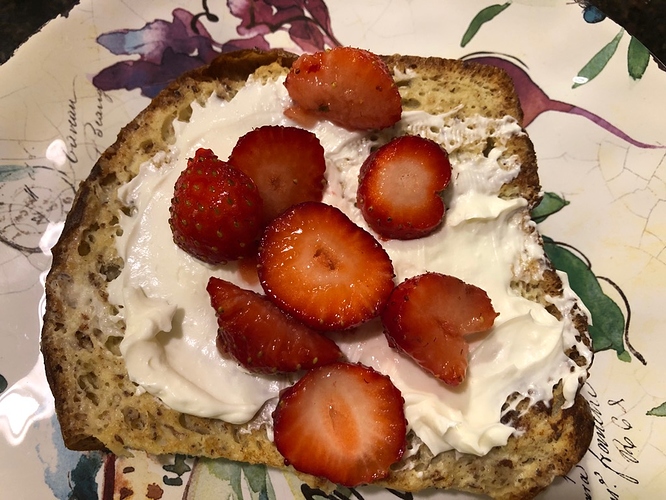 Tonight’s dinner was 100% grass fed Beef patties with spicy mayo, lettuce, tomato, red onion, and pickles. The buns were homemade and I thought they turned out pretty decent. Served with chipotle coleslaw. 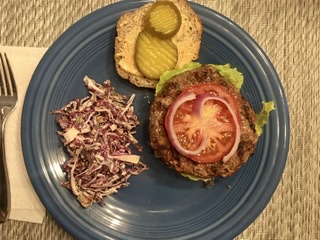 I bought sodium citrate a while back and just forgot about it. You’ve inspired me to get off my butt and try it. Wayne is jonesing for queso! Pics to come.

I can’t wait to try this.

Hope you like it… I’m actually eating another one right now. Decided to double down, since my Son also wanted one today.

I actually added Italian Dressing on this one. Something I forgot to try yesterday, since I like it on Taco’s. … But I really need to purchase a large spatula too! Easier flipping… 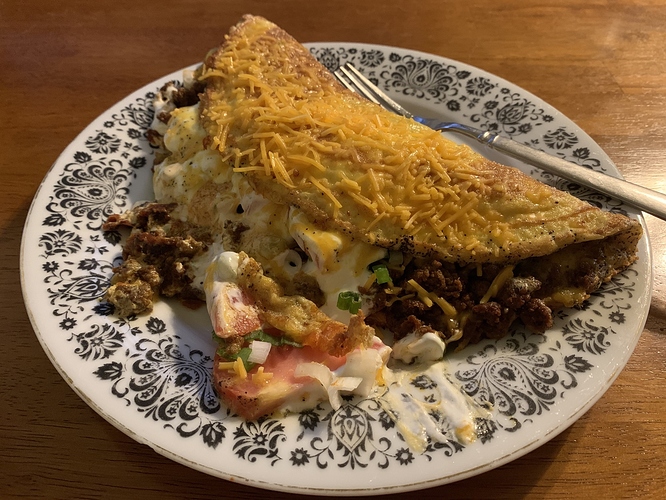 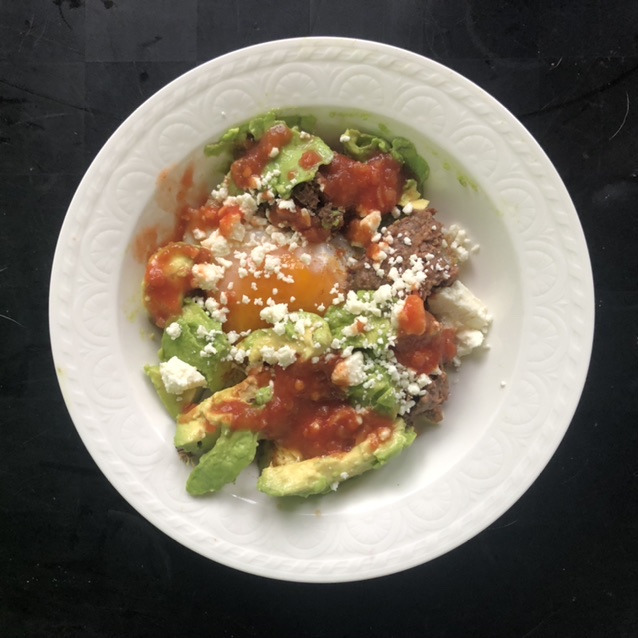