What are your 3 favourite keto meals?

What I love about these meals? The taste and simplicity.

Pork chuck roast is the first, hands down. But fried fatty pork is about the same to me, it depends on the fattiness and the amount of my pork what I do with them. Over 1.5kg it goes to the oven.

My 100% (or close if I have a saltier phase) sponge egg muffins. Not all alone though. They are pretty good with some nice cheese like a young Gouda. But they are my buns so I eat them with almost anything.

I can’t say a definite third… But right now I am enamored with a dessert. The original recipe stated it’s “marshmallow” and I still see the similarity but I added yolk (because I add it to anything, at least once, to try. it makes very nearly anything better) and now I replaced the sweetener with whipped cream and it became so much better!

It has gelatin but it still a soft fluff

It just keeps its shape somewhat

The reality is prettier, I will make more attempts in the future… (At grasping its beauty, I mean as I obviously will make this any times I will have cream. Even if not but some cream really makes it shine texture and taste wise 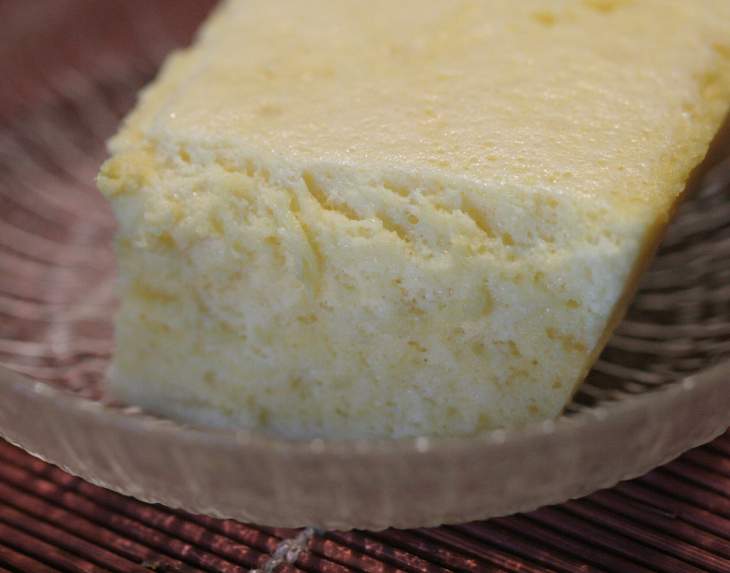 These are carnivore dishes but it’s a good attitude from me to not even think about off meals by default. And I probably would say the same 3 right now… My old keto favs are mostly in the past.

Hi Shinita, those carnivore dishes sound so tasty, and your dessert looks lovely. The closest I get to a dessert these days is coffee with cream, it remains the highlight of my day still, and I usually indulge in two mugs. I simply love pork, bacon, pork chops, a gammon joint. This year we’re planning to have a pork roast for the main christmas meal, I couldn’t think of any better meal.

If we included drinks and frequency mattered, creamy coffees would rival with my fried/roasted pork…

Must remind myself to pick up some lamb chops, I always end up buying pork or beef instead. Lamb is something I only ate once a year when I grew up, each christmas, due to it being harder to digest, but the taste I remember still, absolutely phenomenal. It’s been years since I ate lamb, I’ll have to try it again, especially now that most of my diet consists of meat, and I’m exploring my inner cave woman.

Maybe my favorites are

You’re right; it’s very tasty. We are fortunate that one of the big discount stores we shop at has lamb chops that are significantly cheaper than beef steak.

I eat the same just opposite times. I tend to indulge in a morning snack before breakfast, usually a small handful of nuts. Though today I also ate some pumpkin seeds. But the PM meals are now always either meat or fish. When I started this WOE I was eating three meals a day, now I’m down to two and sometimes just one. I suppose that’s down to a portion reduced appetite, a portion simplicity of cooking and a portion laziness.

and a portion laziness.

That’s how I found keto initially, didn’t even know it was actually a thing until after it was working for me

As far as I’m concerned, you’re doing it better than I am. From the stand point of Dr James DiNicolantonio carbs are easiest on the system in the AM. Dr Ronda Patrick describes carbs as “wrecking havoc on the small intestine” when ingested before bed.

I didn’t actually know that, that’s interesting. But I do like to keep my one snack to morning time, as a kick-start to the day, usually accompanied by green tea. It is an old habit I am loathe to shake. The coffee too I tend to have later, past noon, and always an hour before or an hour after a meal so as not to mess with iron consumption.

Yes it’s funny how intuitive eating works🙂When we stop for a moment and actually listen to our bodies we find they show us the way. Unfortunately our bodies’ voices are often drowned out by the hustle and bustle of modern life and this age of science, but in the end, I do believe our bodies know best.

Yes tomato sauce is great to spice up meat balls. The actual spices I can’t eat because it triggers my roseaca. Nothing beats pork chops in my opinion, so tasty and so simple, just throw them on the grill. Have you tried them with mushrooms or a mushroom sauce? I believe there’s no greater accompaniment to meat in the world.

Not sure I have any favorite meals. Last week, I ate beef heart with cheese and olives for lunch. Won’t eat that again for a while. This week, I have no lunch Monday, something – not sure what – for Tuesday, no lunch Wednesday, then Thanksgiving.

Every night is a different meal, usually. And I try so many different recipes…

So I won’t abandon or cut it.

I am lazy but never if it’s about eating

One of the few things I am able to do in my most tired, useless zombie state is cooking. Eating is even easier.

What I eat has exactly zero to do with the time of the day except that I almost never eat during a big part of the day. Morning? No way.
But I don’t have many options and I like variety so I tend to eat “everything” for every meal.

Number of meals: I had 3 on high-carb I think, sometimes less. Carby meals very easily brought very long term satiation.
I started with 3MAD (IF 16/8) on keto, it went down to 2MAD (19/5)… And then carnivore messed it up so I have anything now, 4-6 meals are way too frequent. But if I choose the time of my first meal and food very well, I have a pretty good control on it. But focus is tiring… And I like eating… But I am more determined than usual now.

Dr Ronda Patrick describes carbs as “wrecking havoc on the small intestine” when ingested before bed.

I don’t know what they do but I am very fine after eating a bunch of carbs before bed (not nut level, more like bread or cherry jam). I still hate it for reasons but I feel good. I may not feel so good in the morning (just a tiny pressure in my belly but I expect feeling just fine. apart from the inevitable very low energy and usually mood too, I always have that in the morning) but not because of the carbs. It’s due to the night eating but only since not too long ago, I have no idea why…
If I do eat carbs, it should be as late as possible (while still not at night. night eating is bad for me)… The less time I spend (and eat) in my changed-by-carbs weird persona the better

I just wrote about my individual case but it’s what interests me much.

I used to eat a fruit breakfast before low-carb… Because it was the only thing I could consume as early as 11am. No idea WHY I ate that super early, honestly. But I have too early eating tendencies. It was about 3 today but I do my best to avoid that tomorrow. 4:30-5pm sounds the best for my first meal (or creamy coffee). Unless I need food before, of course. But that’s rare, I just get tempted at lunchtime if my satiation is already gone…
My self-control is negligible but with non-animal carbs, it’s WAY worse. A proper hedonist simply desires what is best for them but I am not nearly as perfect yet. My number one lifestyle related (among others) goal is to become a better hedonist!

Nothing beats pork chops in my opinion

It’s usually way too lean for me but I bought some surprising ones so maybe it varies a lot…?
Still, pork chuck is the bomb if you ask me

Just perfectly fatty, even the leaner parts but there is fat layer too, in good cases it’s even noticeably beautifully marbled… Mmmm.
But I eat various cuts and various animals and not only meat, variety is nice.

Thanks, @never2late . I agree, a nice pork chop can’t be beat.

As for the mushroom sauce … no.

Googling “sponge egg muffins” gets me exactly one result— this post. Can you link to a recipe please?

It meant to be sponge cake muffins but they are eggs so sponge egg muffin actually works too. I think someone called them egg fluffs once…? That is accurate as well.
Simply sponge cake but I omit all other ingredients. So it’s just eggs most of the time. And I use my muffin mold and I get 12 buns from 5 normal (extra large but it’s the most common size here) eggs.
They can’t be normal, firm sponges as they lack powder (I made egg powder once but it wasn’t so good and I like my simplest version a lot), they are soft and somewhat deflated but still fluffy! Nice soft buns, my best bread substitute. And that’s interesting as the best part of a proper bread is the crunchy crust if you ask me… But this thing is crispy when fresh too. It gets soft later but maybe it’s the humidity here. But probably if the room is dry enough so softening can’t happen, it’s too dry for a human… I don’t know, no way I can get 40-50% humidity here. More like 60-70 but we need to work for that level sometimes.
But I talk too much again. So it’s normal sponge cake start, as many yolks as whites are used, usually (more yolks are nice too and sometimes I use more whites when I eat them with a very rich, fatty stew or when I have few yolks but lots of whites. but I strongly prefer the normal 1:1 ratio). And then baking. I am quite sure a muffin or other smaller mold works best. But I LOVE if my baked goods have much surface anyway.