The videos from the Noakes trial have just been released

My ‘closed trial’ did not allow me to defend the anonymous opinion of dietitians. Still battling the system that allows this.

I am truly sorry this has happened to you. I know two excellent medical doctors who had their licenses revoked because they dared to advise their patients anything other than the medical norm. They didn’t have fair trials either. I’m betting this kind of thing goes on much more than we know.

Perhaps next time you need to perform an operation removing a limb from a T2D patient, you can invite the “anonymous” nutritionists and dieticians to watch.

I’m so sorry you have to go through the BS. And I’m glad there are doctors like you with courage and intelligence and compassion for the suffering to challenge the system.

I strongly urge everyone on this forum to watch this Australian senate public hearing, regarding the BS Dr Fettke had to go through, and see the level of bullying tactics he’s up against coming from the dieticians union (albeit they being unlicensed and no medical degree).

My blood really starts to boil starting at 17:50 onwards.

Everyone must watch this Australian Senate hearing
on Dr. Fettke:

Sorry you had to be the one that had to go through that. But the best way to respond to bullies is to expose them, and I’m glad you’ve been able to do that.

'Tis the game Richard. Looking forward to our catch up next week

Nothing back from NPC.

If you can’t face your accusers and have a debate, listening to the arguments and seeing the evidence then science is being let down.

That bit you mentioned just made me laugh out loud at the sheer ridiculousness of the situation. For those who haven’t watched the video here’s a transcript of a section where it appears that the senator is sticking up for @nofructose a bit, by questioning the guy from the regulatory body.

PWW: In relation to dietary advice … [inaudible], let’s be clear, my understanding is you don’t have jurisdiction over the regulation of the dieticians association of Australia or dietary advice, is that correct?

MF: Dieticians are not a registered profession in Australia

PWW: Alright, so they’re self-regulated. OK. So, if you don’t have jurisdiction over dietary advice, what I don’t understand, and what the committee don’t understand is why you’ve conducted an investigation for two-and-a-half years, gone down a very long rabbit hole against this surgeon for essentially providing dietary advice for patients, where is your jurisdiction? If you don’t have it over dieticians why are you pursuing this against a medical practitioner?

MF: (starts nervously shuffling papers and looking at the palm of his hand) Look! I as you um as you can appreciate um I’m it’s difficult for me to comment on an individual matter aah but in in …

MF: bit in in general terms, we would only investigate a matter err where there was a question about patient safety or public safety which may require some sort of regulatory response on part of the board.

PWW: Right, OK, you don’t think it’s a matter of and I know it’s not your fault Mr Fletcher, but I think I understand the Government made a decision for the dieticians area not to be regulated um, we’ve received correspondence from the Dieticians Association of Australia because it was in relation to the evidence that Dr Fettke gave publicly, erm, in their letter they state to us (reading from letter) dietetics is not regulated and is strongly self-regulated and the fact that that profession is not part of the national registration and accreditations scheme with a government decision as we understand dietetics has not been considered for registration under [opera?] due to the low risk our profession poses to patient safety. (putting letter to one side) Now there’s been no case of patient harm in relation to Dr Fettke, the dieticians themselves are saying it’s a low-risk area, why have you time and resources been tied up for two-and-a-half years pursuing surgeon who has spent 30 years cutting limbs off patients because of diabetes and obesity and wants to tackle that problem in a holistic way, why have you gone down this rabbit hole for two-and-a-half years?

MF: Again senator, I’m going to be careful what I say about individual matters, in in this hearing, umm except to really just repeat the point that I made that an investigation is undertaken where there are certain issues that raise questions about public safety or patient safety that may require regulatory action.

PWW: In relation to dietary advice … [inaudible], let’s be clear, my understanding is you don’t have jurisdiction over the regulation of the dieticians association of Australia or dietary advice, is that correct?

MF: Dieticians are not a registered profession in Australia

I think you’ve got a Senator fighting your corner there @nofructose. I’m sorry you have to go through all this crap, and I hope Martin Fletcher has trouble sleeping at night while he thinks about how he has been used like a puppet by the Dieticians Association and made to appear like a total muppet.

Like the senator says later on, it’s a turf-war. They don’t like him giving advice on their ‘area of expertise’, but, as Professor Noakes said in his video (and I’m paraphrasing) that if they dieticians are not keeping up to date with new techniques and trends then they are being negligent.

They are feeling threatened, and all they can do is sling mud, and try to get someone else (the regulatory body) to discredit the Doc on their behalf. Instead of upping their game, validating the research and actually helping their patients. 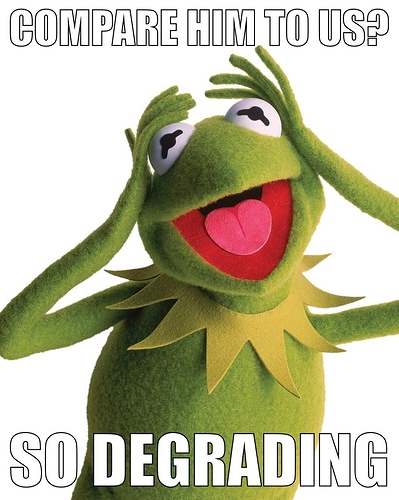 It would be interesting to know just how much money has been wasted on this ridiculous case so far.

Oh to have been a fly on the wall during that “in camera” session where the discussion was able to delve into the specific case without the benefit of an audience.

Oh to have been a fly on the wall

Did I hear the evidence given correctly? That the DAA complaint lodged was not considered to be a vexatious claim? The Dietitians Association of Australia partners with Campbell’s, Arnotts, Nestle and the Australian Breakfast Cereal Manufacturers Forum. Yeah, no conflict of interest there peeps.

If needed, I bet we could round up a few hundred thousand testimonials of the health improvements and weight loss…with before and after pictures. In support of the doctor and our “keto diet fad”.

Zoë was lead author of two peer reviewed studies that showed there was and is no scientific evidence to support the standard dietary guidelines before and after they were adopted. Her studies debunk the diet-heart hypothesis and the vilification of dietary cholesterol and saturated fats. Many “expert” nutritionists asked the British Medical Journal to retract her studies, but the BMJ did not because they were so scientifically sound.

Nina is an investigative journalist and author of the book The Big Fat Surprise that dives deeply into the human and industrial psychology and motives that brought about our worldwide obesity and type 2 diabetes crisis. That crisis threatens to bankrupt both individuals and governments. Nina uses Stefansson as an example of ignored researchers.

Caryn is a PhD dietician practicing for 20 years in New Zealand who converted to teaching LCHF 5 years ago.

Both Zoë and Nina point out what students of high school geometry should have learned, only one counter example disproves a conjecture (hypothesis). That practicing nutritionists have been allowed to hide and not recognize thousands of counter examples is to my mind criminal. Those counter examples are numerous scientific studies and innumerable anecdotal cases of type 2 diabetes and obesity reversals, of which I am one.

The above playlist is a mini-course in modern nutrition and the scientific backing for following a LCHF lifestyle. Because of my metastatic prostate cancer I have adopted an even more rigorous dairy free zero carb ketogenic diet.