24 hours is much better

Good timing - I got a nice 7 lb Eye of Round roast today. Cut it in half and will sous vide one portion for 24 hours and the other for 48 to see…

Souse Vide is freaking awesome ! And since learning about it here, on this very forum, I will never cook beef any other way ! I’ve probably done a dozen SV cooks in the 6 weeks I’ve owned my SV machine, and coincidentally, I have a 4 lb Chuck Roast going right now, as I sit here and type this. 40 hrs @ 138F

One thing though, SV machines have apparently really plummeted in price in the last couple years. I bought my machine, a 1100wt VPCOK, for only $73 from Amazon ! In fact, I got my SV machine, 12qt Rubbermaid container, silicone lid, neoprene insulating cover, and a stainless steel rack, for only about $130 total. Then, a couple weeks later, I saw my same SV machine for only $58 !? Are you freaking kidding me ? I’m about to by another one just for a backup… Or, in case I’m doing a 40+ hour SV… And also want steaks that same night

BTW, I used to only feel confident cooking expensive prime beef like Ribeye steaks (or hamburgers

In fact, after posting this, I went back to check the price now, and it was back down to $63 for Amazon prime members, so I bought another one… And also got another $3.15 off… With free one day shipping, and zero tax

I have got to get myself one of those

Beef Eye of Round - my wife and I both preferred the 48 hour sous vide over the 24. 136 F or 58 C. The increased tenderness of the 48 hour is what swayed us the most. There was more of a “roast” like texture to the meat, versus more “steaklike” in the 24.

Do you have a machine?

Can you attach the link to your sv machine? Thanks.

@gingersmommy Yes I do, it’s a discontinued model about three years old now. Sous Smart…it’s been rebranded Wancle now. Bare bones unit much smaller than an Anova. I also have an Anova but I don’t really like it because it’s clunky and has about a 2’ cord so I have to use an extension cord.

I like it tender. And I get these Gawd Awful thick ones (5 inches) at a great price…

So something that thick, I will actually do up to 96hrs!

I finish it with 3-4hrs in my smoker at like 180 degrees, but not long enough to really cook the thing, just keeps it warm, and gets a layer of smoke on it.

Marianne,
I have 3 of them. I have 2 because I do so many long cooks. One broke, and I quickly ordered a new one. These are in the order of most recent purchases. I will make a comment about each of them. I like the Original one the most (The last one), and its like $65 on amazon… (It’s been used the absolute most, and my wife broke the plastic foot that holds the bottom piece on. I have asked the company how to get a replacement, and in the meantime, I actually glued it back on), because I like it that much! But I am using the top one for practice, as I want to glue to thoroughly dry… (just happened).

My newest one. I Bought it for the delayed start. But the User interface is HORRIBLE IMO. When I press that TEMP button while it is running, I want it to show me the temperature. It sometimes seems to just display the time remaining forever. But I like EVERYTHING else about it, A LOT. It fits perfectly, it has a LARGE enough opening on the clasp to go over the RIDGE on the bucket, and is nice! 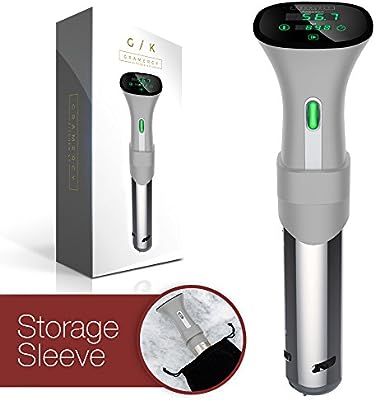 This one Is LOUDER than I think it should be. The bottom one is SUPER QUIET moving the water. This is humming all the time. Also, the Alligator grip handle is NOT great at getting over the Lip on my Sous Vide box. Awesome for pans, though 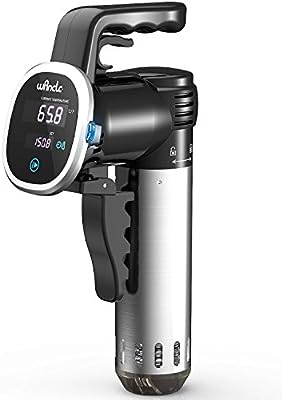 My Favorite. But lacks ONE feature: Delayed start! So quiet, I have to check the lights to see if it is running. If it had a Delayed Start option on the current model, I would have bought it again! 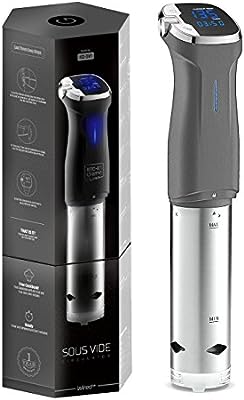 I sous vide EVERYTHING. And despite what you might of heard. Sous Vide and THEN Smoking is absolutely fine, IF NOT BETTER! Just because I can prep/pack all of my food, and freeze it. Cook what I want, then decide which I will add smoke to.

In general, I smoke Ribs and Prime Rib. I use a TORCH to finish, so I get the flavor of a sear, without over cooking. The more I do it, the lower I enjoy the temperature! (Medium rare, now going into rare)

Although I switched to the Green Gas. It’s many times cheaper, and for meat, the Yellow gas is just a waste!

I think we should have a section for Sous Vide… Not just the Chuck Roast.
But for everything.

I have used it for:
Beef

Shrimp: Take your frozen shrimp, or COMPLETELY Peeled raw shrimp, dried off. And pieces of HARD butter, and your seasonings. Then vac pack. You can freeze it like this. Later drop it in the Sous Vide. The shrimp literally soaks up that butter flavor. I pour mine over Miracle Noodles! Family Favorite.

As always, if you are going to torch, or sear after (you should), then remember to pat it dry with paper towel.

This is my torch. And I use it all the time. One tank of gas lasted me 6 months! Cooking for 2!

Thank you! What do you use for a container? Did you purchase the bags, vacuum and sealer separately? How long to you know to cook things? What if you don’t like rare?

Just looked up the blow torch - you’re not fooling around! 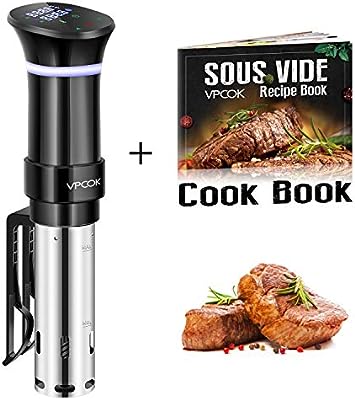 I find thinner cuts (2 inches) are tastier because there’s more surface area to sear and pick up flavor from butter, seasonings, etc.

What size quart container do you have?

I’ll have to get a SV, I’ve just smoked them like a poor man’s brisket or burnt ends.

We usually Butterfly it and sear it. If it is really thick/odd shaped we will slice “steaks” off of it. I have never seared the outside of one of these beasts directly.

I am no foodie like you “Sir Carl” , I used to overcook or undercook everything.
(Imagine a GEEK/NERD trying to dance. That was me cooking.) But Sous Vide changed all of that. I can cut something 4 ways, and in ONE cook, test 4,8, and 12 hrs. And know the other variables are the same. I can tell the difference between Tender and Juicy. In fact, I can FEEL the Chuck Roast and tell if it needs 72 hrs or 96. Some feel a little tougher, I give it the longer time.

I only torch sear it, since I can’t tolerate much more than meat. 95-99% carnivore.