I used to have my own sourdough starter on the back of the counter. Recently I’ve been wondering if there’s a way to make a genuine sourdough bread that would be keto—no artificial ingredients.

I don’t know but I use piece of my previous wheat bread dough. Usually for a very carby bread but mine uses it too. I call it “hybrid”, not keto but it fits my keto if I want… So it’s something borderline for me.
I always did IIFYM keto (but I banned several food groups way before keto, just not all the carby ones) so I have no particular problems with high-carb items on my normal keto, I just try to avoid them. But if they are needed, I use them in small amounts.

Could I make it from low-carb ingredients…? I would think not…? The yeast uses the sugar from starch, I’ve just read so some carbs are needed and probably not a tiny bit… But I guess the microorganisms eat part of the sugar so the sourdough isn’t super carby…? And no idea how much is used for a bread, I only made sourdough once and I wasn’t into it. I prefer the improved but not sour at all taste of the old bread dough

I don’t need much of that and of course I can eat little bread instead of the whole loaf (my keto-ish bread loafs are tiny, not like I couldn’t eat a proper loaf).

Applied Definition: 20grams or less net carb per day. So, one slice would have to be under 20g if the rest of my food for the day was meat.

…not to put to fine a point on it. 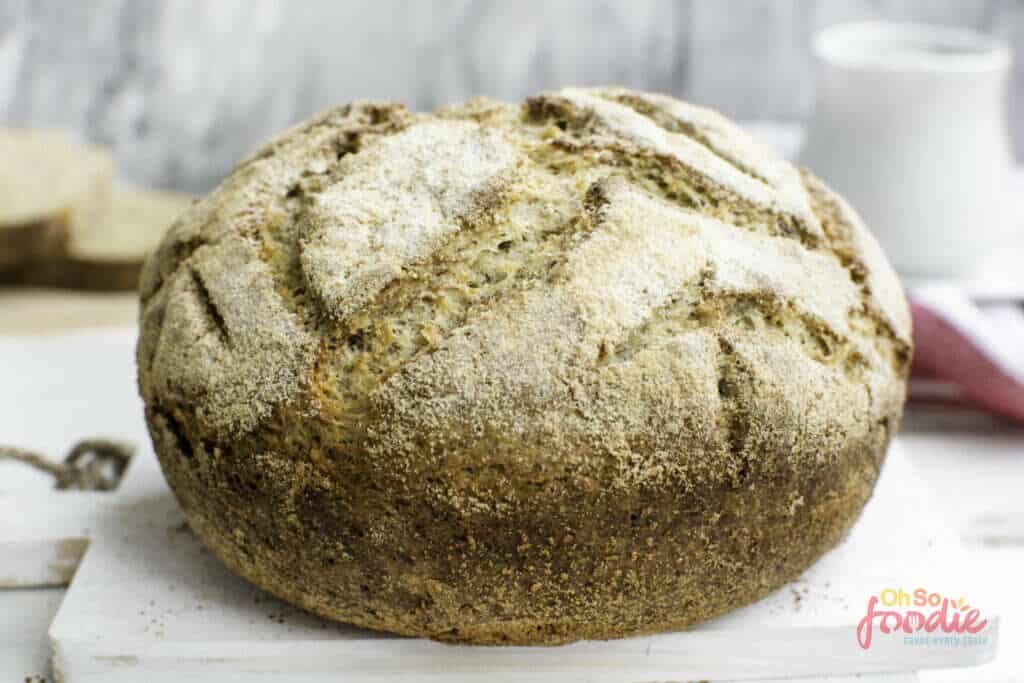 I don’t see the sourdough starter in the wet ingredients. Looks like an approximation

There’s a place in CT where they ferment their “bread”. This is it:

It doesn’t say anything there, but I remember a podcast where they said they fermented their “bread”.

I don’t see the sourdough starter in the wet ingredients.

Many sourdough recipes rely on the wild yeasts in the air of the kitchen. French bakers never put yeast in their dough, especially when the kitchen has been used to bake bread for decades (and in some cases, over a century).

A food chemist, whom I dated years ago, once explained that if you want to make conventional bread, you always need fresh commercial yeast from a packet, because even the commercial yeast will revert to the wild sourdough-type yeast over time.

A lot of people still do sourdough even on keto because it’s fermented longer so more of the bad stuff is eaten up, it’s near impossible to gauge how much, pretty much Yogurt rules. I used to do Ben Greenfield’s long fermented sourdough recipe, never had an issue with it.

Even before I switched to TKD/CKD and used to have more pushback from eating carbs the sourdough bread never caused those issues for me. Really comes down to how much of a purist you want to be about it. If keto is your WOE, give it a shot!, If keto is your religion… maybe not. Seems it’s not! Nothing like a burger on grilled sourdough!

Many sourdough recipes rely on the wild yeasts in the air of the kitchen.

As someone with two starters in my fridge, one I’ve kept alive for years (Einkorn, for occasional breads during the holidays), the other I started during the pandemic (Italian wheat, for pizza for our kids), they do become inundated with whatever you have in your air. My Einkorn starter was started from a New England starter that’s hundreds of years old, but I’m sure bears not much relationship to that anymore.

As with everything, starter is incredibly complex, as it’s a mixture of bacteria and yeasts, each of which supposedly ebbs and flows when refreshing the starter.

But in order to make bread rise, the typical way to do it is to refresh your starter (from the fridge) at least 3 times, then use refreshed starter for your bread. I guess if you leave it on the counter, you don’t have to do that, just refresh it a lot (which wastes flour, and Einkorn flour is not cheap; that’s why mine is refrigerated; I refresh every 1-2 weeks).

That might help with digestion, but it still causes high blood sugar, at least for me:

The bread that became stuffing: 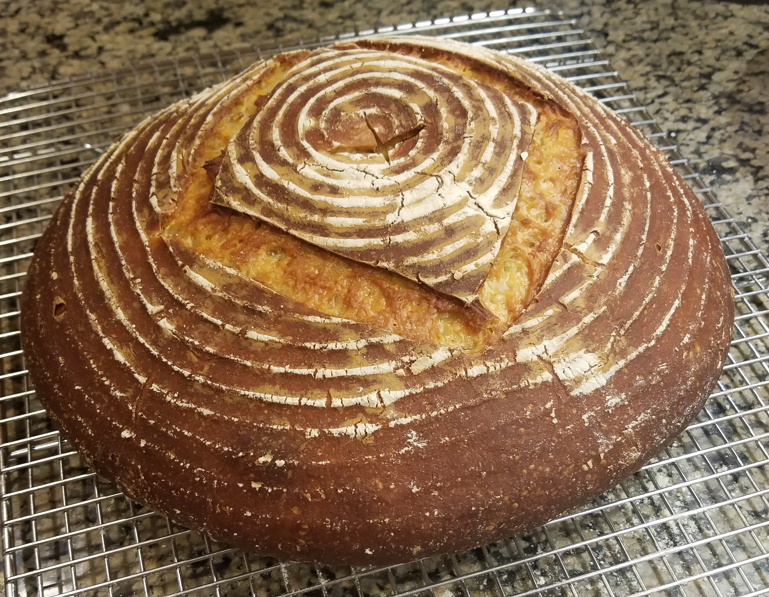 I don’t doubt that as it’s carbs, 9.7 seems to be a big jump, but I also had stuff like that happen when I never really had carbs as my body would over react to them when it did. It stopped doing that when they were introduced more regularly. I’m more concerned with how long it takes to return to baseline than I am the rise from any given meal, seems to have way more of an effect than taking the spike to seriously. I still manage a 4.9-5.2(ish) A1C even doing CKD/TKD now. We always talk about so many tests being snapsots in time and to take trends and overall averages to be the ones we monitor, but with blood sugar we have a bad habit of doing the complete opposite.

For me, given that my fasting was typically over 100, usually 110-115 or so, I wouldn’t really care about 175 if I knew I just ate two (assuming descent sized) pieces of bread. I’d completely expect that. My concern would be my corrected insulin resistance requiring half the insulin to correct it and it going back to baseline in a normal amount of time vs staying high for hours. Visually at least, it seems as quick as you peaked you started coming right back down, seems pretty good to me!

In traditional sourdough, the yeast converts some of the carbs into lactic acid and acetic acid. In the recipe linked by @Shortstuff, the taste/texture is approximated by using buttermilk and vinegar.

Visually at least, it seems as quick as you peaked you started coming right back down, seems pretty good to me!

One of the benefits of the CGM was to see that. Most websites tell you to take your blood sugar 1-2 hours later. For me, my blood sugar is up and back down to normal w/i an hour. I never realized that until I got the CGM.

Now, that’s potentially good or bad. I saw results of someone who took a Kraft 2-hour test (they give you glucose to drink, then take blood sugar and glucose over 2 hours, though this one might have been a bit longer). His blood sugar was remarkably stable. But his insulin was terrible.

I did this same test, my blood sugar was way higher than his at the peak. However, my insulin at 2 hours was waaaaaaay better than his was. And my blood sugar, while higher overall, corrected nicely. (Came out in the “normal range”, though my insulin might have been a tad high according to Ben Bikman.)

This is why to measure “insulin resistance”, something like the Kraft test is better than just blood sugar or insulin or both. That doesn’t tell you the dynamics. You could have great blood sugar control and terrible insulin control.

Unfortunately, without insulin meters, you have to go to a facility and sit there. It’s a pain. And no one gives these, as they don’t know about them.

His blood sugar was remarkably stable. But his insulin was terrible.

That’s a sign of pre-diagnosis diabetes, or insulin-resistance, if you prefer. Joseph Kraft would have called it “occult diabetes” or "diabetes in situ."

So basically if I have real sourdough it’s going to be at a carb concentration level not normally conducive to keto. So it’s probably going to count as cheatosis.

PS: I doubt anyone in the world likes bread more than I do - or has consumed more or more different types. Now it’s like an old and beloved friend who died years ago - gone and not coming back. I have new and better friends who make my life better than ever. @lfod14 It’s not religion to accept ketosis as one’s preferred metabolic state. I think it simple common sense. Based on the evidence.

I don’t doubt we probably spent most of our history that way, but I also don’t take that to mean it’s optimal for our goals either. We do it by choice, our ancestors didn’t. Our goals need to come into it, and our bodies and how they react need to be taken into account as well. I stopped believing that Keto has to be the same cookie cutter plan for everybody a while ago. I believe as long as you eat right (for you) 90% of the time, you’ll be good. It’s when the “bad” starts becoming the norm that the problems start happening.

I think “preferred” is a very subjective term. When I ate Standard keto for years my gym performance sucked and got worse. When I switched to TKD/CKD is started going back up almost overnight. Being that I like having muscle on me the other way definitely wasn’t preferred. I still maintain an A1C better than most of the population these days, have low inflammation, I don’t over react to carbs anymore, and my gym performance is back… so that’s definitely the preferred way for me. I’ve yet to see a negative either in how I feel (total opposite) or on my labwork which is typically pulled 4x/yr at worst. So where’s the downside? Different people, different plans. Since I wound up house bound with COVID, I pulled all my carbs since I didn’t need them without the gym, no pushback, no keto flu, felt 100% fine doing so, so I can still flip flop fuel sources without skipping a beat! This is definitely the way I want my metabolism working, I fuel it, it uses it without complaining about what it is! Plus clearly going back to a huge plate of bacon and eggs everyday with a huge avacado has been amazing. Granted the last couple days I can’t really taste it… DOESN’T MATTER! I still like it!