Skipping dinner for the win

Still finding it beneficial to break the evening fast after a day of heavy physical activity rather than try to go to bed shaky and woozy.

Sure. One should be flexible. It’s not about some ascetic badge, it’s all about health and well-being! IMO. And some days require special handling, I experienced that on one of my rare very active days (just walking but well, 10 hours in the mountains is still something :D).

10 hours in the mountains is still something

Ten hours in the mountains is freakin’ amazing. I’m jealous as all get out.

It was many years ago… I only have shorter walks nowadays. And these are tiny Hungarian mountains! (But they still have elevation. I don’t walk slower than 4km/h without elevation :D)

It was little, 40km at most! Some people go for 150+ km hiking tours, that’s the impressive

But it’s relative… Sometimes I see people saying they totally exercise, they go for 1 mile long walks 2 times a week! And they very obviously consider it much. Wow. 1 mile is, like, nothing to me. If we have functional legs and other body parts and the weather is okay (not below -20C or over 100 km/h wind, not even pouring rain or super bad ice under us)… And we weren’t in bed due to sickness in the last at least several months etc. I understand it’s much in certain circumstances.

But it’s relative… Sometimes I see people saying they totally exercise, they go for 1 mile long walks 2 times a week! And they very obviously consider it much. Wow. 1 mile is, like, nothing to me. If we have functional legs and other body parts and the weather is okay (not below -20C or over 100 km/h wind, not even pouring rain or super bad ice under us)… And we weren’t in bed due to sickness in the last at least several months etc. I understand it’s much in certain circumstances.

You never know another person’s story.

When I lived in Colorado, I ran my landscaping company twelve hours a day from Monday to Saturday, lifted weights heavy every night for 2 hours, then climbed a 14,000’ mountain in the Rockies on my day off. It was normal.

When a back injury messed up my schedule, I had to cut down to smaller hills and shorter walks. It became the new normal.

When the vegetarian and then vegan and then raw vegan diets I went on to heal my back and other things (spoiler alert: everything got much worse until carnivore) destroyed my metabolism and disintegrated my muscles, I was only able to manage a few miles, often even less. Normal became just getting out the house for some fresh air and movement.

I’ve been through much worse circumstances since then but at least I found carnivore. I’m still clawing my way back to climbing mountains or, at the very least, some longer hikes, but there’s one thing I’ve know for sure: I never ask a fellow hiker on the trail how far they’ve hiked today. Because I don’t know the whole story and it doesn’t matter, anyway. We’re hiking, we got out for some fresh air and movement. Life is good.

Of course, that’s why I wrote sometimes it’s very much understandable. I even gave examples, for heaven’s sake… But in many cases, people are lazy and not used to even a super minimal exercise… I saw such people.

How could anyone not get enough protein on vegetarian and vegan diets (or whatever was the problem. I had zero such problem on a vegetarian diet and didn’t go further) I can’t imagine but as I mentioned today to my SO, people are extremely good at messing up things, even strong ones.

Why would I ever ask someone how much they went? I don’t care about that. But why don’t ask that? They can ask me too, it’s a number and it has little to do anything. Oh well, people are super sensitive, I rather just don’t talk to anyone. That’s what I do except online, of course.

That much is evident.

Week 6 of Coffee Carnivore/No Din-Din and things are going smoothly.

Seeing a lot of NSVs in addition to my favorite pair of pants slipping further and further down an ever-shrinking center of gravity. Joints and limbs, in particular, feel looser which is timely because the gardening season just began here in Portland, Oregon, and I got pavers to set and perennials to deadhead. 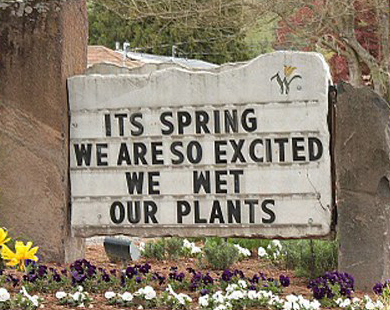 Week 7 of Coffee Carnivore with a side of Evening Fasting and I’ve learned a few more things.

After a bit of experimentation, I find that eating after 3 PM alleviates hunger pains but causes lethargy that persists until the following morning, necessitating extra coffee. However, sticking to fasting causes a manic energy that makes falling asleep and staying asleep quite difficult, which causes a fatigue that persists.

I’m hoping this will all be filed under “a phase” after it passes. I’m hoping it passes and I still have the energy to file it.

Wow… put this to the carnivore thread for some smarter folks with more carni time under their belts. YOu can surely get some answers.

I’ve got many years under mine, already, and nobody wears my particular belt.

The manic energy during fasting is normal for some people, as is a serotonin system gone FUBAR. I’m so sensitive that my serotonin is affected by ketosis, alone, which has wrecked my life since going low carb. I’ve had to reintroduce carbs occasionally just to get caught up and prevent the usual dangers of sleep deprivation.

I’ve also lived with extreme–EXTREME–muscle cramping for which five years of desperate experimentation has only uncovered magnesium as a cure. I go through many, many bottles of mag a month with the usual unsavory side effects.

It’s been a depressing rollercoaster I haven’t shared up to this point due to the unsupportive, negative feedback I’ve often encountered from ignorant types who decry any symptom they haven’t experienced firsthand. If I wanted that level of scorching bullshit, I’d go to a Kaiser Permanente nutritionist.

severe nightly leg cramps! I got those when I was on statins. And when I began keto and wasn’t getting enough mag, potassium, salt and water. Pretty much under control now. Still get some maybe once a week but as severe. Ugh. Pretty sure it’s when I get dehydrated… for some reason drinking water is not my cup of coffee! I feel your pain! Terrible way to wake up!

I appreciate the validation, truly. I’ve been through potassium, calcium, mag, salt, water, every vitamin under the sun I can afford, proteins, fats, caffeine reduction, eating window adjustments, you name it.

The slightest stress on my body causes cramping, even a long conversation with a friend will do it. Only mag and carbs alleviate it but too many carbs and cramps come back. Any amount of carbs causes weight to come back. It’s just been a fun, fun time.

What form of magnesium do you use? Magnesium Malate is a good form for the muscles. Just my 2 cents!!