Should we be drinking more booze?

Looking through some science around fat fasts and autophagy I came across this:

The Emerging Role of Autophagy in Alcoholic Liver Disease

Autophagy is a highly conserved intracellular catabolic pathway that degrades cellular long-lived proteins and organelles. Autophagy is normally activated in response to nutrient deprivation and other stresses as a cell survival mechanism....

A lot to take in there, but it seems that alcohol inhibits mTOR and promotes autophagy, particularly fatty liver lipids and damaged mitochondria. It seems a sort of built in mechanism to repair the liver when it is damaged. I am not recommending over-consuming alcohol, but it seems that if the goal is autophagy then some booze help.

A couple callouts:
Conclusion:
Recent studies have indicated that alcohol may activate autophagy as a protective mechanism against alcoholic liver injury by selectively removing damaged mitochondria and hepatic lipid droplets. Alcohol-induced autophagy requires alcohol metabolism and production of ROS. In addition, alcohol may also induce autophagy by impairing the Akt-mTOR pathway. Alcohol-induced proteasome inhibition and ER stress, as well as AMPK- and mTOR-independent pathways, could also be involved in alcohol-induced autophagy in the liver. Modulating autophagy could provide novel therapeutic approaches for treating ALD.

These findings support a pro-survival role of autophagy in maintaining protein, lipid and organelle quality control by eliminating damaged proteins and organelles as well as excessive lipid droplets in the liver during stress.

How is it possible that alcoholism induces liver injury and even death due to alcoholic liver cirrhosis if alcohol-induced autophagy plays a protective role? Increasing evidence now support the notion that autophagy and apoptosis mutually regulate each other 86. Autophagy not only provides nutrients for the cell survival during starvation but also selectively removes damaged organelles including damaged mitochondria 87.

Given that alcohol is implicated in a number of different cancers, I’d merely observe that if it does encourage autophagy, that effect may be swamped by the negatives.

I don’t drink, so that may tend to bias me against alcohol in general.

Would be interesting if it was possible to figure out the mechanism, and perhaps find another way to trigger the mechanism.

Yeah there has to be a line there somewhere, at some point you are doing more damage than you are fixing or alcoholics would have like brand new livers every week.
Curious how much of the beer a day is good, more red wine is good sort of studies is actually just the alcohol.

So booze it up when feasting before a fast?

Very interesting. thank you for posting the study.

@devhammer, I wonder what the root causes of increased cancer is with alcoholism. I’ve learned (through a job as a manager in a foreign country) that those with higher levels of heavy metals in their blood tend to drink more alcohol. As it may be illegal in Canada or the US to mandate full blood test health screening for employment application, in some other countries it is allowed. So, because of that, I learned about the heavy metals in blood issue - a way to detect and screen out applicants for possible alcoholism. (For the record, I didn’t do the screening…HR did). So, I wondered about where the metals may come from, and perhaps in the distillation process, the metallic pipes with welded seams may impart some metallic ions into the alcohol? I dunno. So, if this is the case, can that then contribute to higher rates of cancer? I dunno.

While I don’t doubt that alcohol can do a lot of bad things to the body, I do wonder how many of the study findings linking it to cancers and CVD are picking up the compound effects of sugary, carby diets and alcohol. It could be like pouring brandy on a bin fire.

Alcohol is also an HDAC promoter - the opposite of ketones which are HDAC inhibitors. HDAC inhibition is anti-cancer.

Many alcoholics don’t drink sugary carby booze because it fills them up and is not strong enough alcohol content wise.

Not necessarily. I live in the UK and you can get cheap high strength lagers and ciders from most corner shops, they’re the first choice for many street drinkers because it’s easy to scrape together enough pennies through begging to buy them can by can, and it’s no big loss if a can gets confiscated, compared to a bottle of wine or spirits that would cost at least a fiver.

In any case, most people drinking moderately and being studied for cancer risks etc. would be eating a high-carb diet.

It fits in line with the observation that 2 drinks a night are healthy, but any more than that can be harmful.

Alcohol kills people. The protective effect of autophagy obviously did not work for them.

If you drink alcohol in the evening and it does not make you hungry for the wrong foods and it does not interfere with your sleep (which is really important for body fat regulation) then go ahead. I suspect that a very small part of the population falls into the non-hunger no-sleep-problems category.

I’ve been drinking and fasting and eating keto, while also regularly breaking out of keto, resistant starching and high carb on the break days - about 1 weekend a month. I have maintained weight and massively improved all bio markers - though I should say it was all done in the pre drink true long fast period. I don’t see a huge down side of alcohol. I can easily fast a whole day, have 2-3 drinks of hard liquor and simply go to bed. I wake up a bit earlier than if I ate carbs but I am not bothered much by a few hrs less sleep due to being in keto beast mode. It works for me. Alcohol’s down side is vastly exaggerated by the studies on people who eat junk food all day and drink beer all day and not fast.

All I can say is when I used to drink it felt more like link 1 than link 2.

My opine is completely subjective here, but I don’t feel like any more than 2 shots of liquor for a male (or one for a female) is beneficial, overall. About 1-2 times a week, in the early evening, I’ll enjoy 2 shots of warm/cool sake. On weekend, I may enjoy 4 with guests. If not in the mood, then I’ll sometimes go a week or two in-between. For me, it’s definitely an effective stress reducer, which, to me, is almost more important long-term. I noticed the sake didn’t really affect my glucose much. I used a glucose monitor as a means to find liquors I could enjoy in small amounts. My biggest concern with alcohol on keto I have is that I definitely get a sense of wanting a drink more often. I’m unsure if this is chemical or psychological. Another concern is with the liver’s ability to do it’s work. I do wonder if it may be a little harder on the liver when on this diet, however, it may still be far less worse than the same on a carb-based diet.

I don’t think this is about alcoholics, I think it’s about coasting for hours nursing a beer or two. Miller or Coors lite 5g carbs, per 12 oz can. But I’m newbie. So I’m just learning and it is hard to know yet even as I have heard some say they know when they are in Ketosis.

I don’t know how booze gets categorized into one thing.

While alcohol of any kind delays fat burning for a few hours due to liver activity - it’s arguable that wine when taken with food is processed much faster, with minimal impact on the liver due to enzymatic actions.

Wine stimulates the release of the hormone gastrin, which in turns stimulates the release of enzymes in the stomach, among them the enzyme called gastric alcohol. The enzymes digest not only the alcohol but the many other nutrients found in wine, whereas the high levels of alcohol in distilled alcoholic beverages cause a decrease and finally a deficiency in the release of digestive enzymes that contributes to malnutrition and, if not held in check, to alcoholism.

Extensive research has shown that alcoholism is seldom seen in communities where wine drinking is customary: “Alcoholism is rare when wine is customarily used with meals, and especially where it is introduced as a food in family surroundings relatively early in childhood.(Lucia 205)”

My personal observation is that French people (esp winemakers) age waaaaaay better than 'Muricans and Brits - and they like to drink small glasses of sparkling white wine w/ lunch, and red wine w/ dinner, while savoring their food. Could be that decades of SRIT1 from micro doses of resveratrol and/or the gastrin enzyme help adds up!

Thanks for the posting of this study. I always felt like cheating during fasts having a glas of dry wine fasting. Now my bodys feelings concures with sience that it helps. 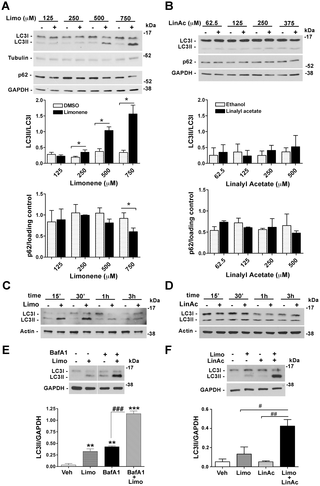 Role of D-Limonene in Autophagy Induced by Bergamot Essential Oil in SH-SY5Y...

May I suggest tea with bergamot oil instead probably healthier overall

…Hic-up what was that? Just kidding!

All depends on how you utilize it and what your trying to do?