I was a little low on vitamin D but Dr Cywes told me he didn’t think it was necessary for me to take a vitamin he said he would rather I get it all naturally because every vitamin we take comes with consequences too.

I certainly agree and you had A REAL test and was told by a Dr that improving naturally would be beneficial first and ‘supp action’ taken later if required.

and that is my point I am trying to make in my posts.

and to everyone…each person can guess ALL they want and pretend they might need xyz…get tested and know and then find a natural food to boost instead of paying for supps —one probably might end up doing more harm than good. Why Are Nightshades Bad For You (& What They Are)

Why are nightshades bad for you? And what are they? Nightshades have been linked to make chronic issues. Learn more about what they are here... 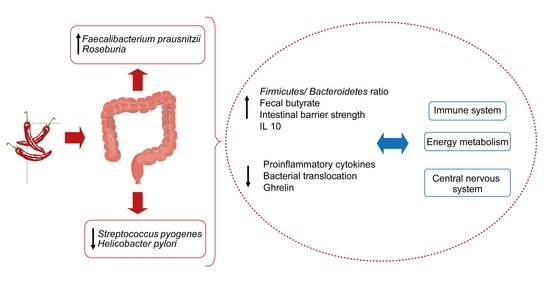 Capsaicin and Gut Microbiota in Health and Disease

Capsaicin is a widespread spice known for its analgesic qualities. Although a comprehensive body of evidence suggests pleiotropic benefits of capsaicin, including anti-inflammatory, antioxidant, anti-proliferative, metabolic, or cardioprotective...

This is a very detailed examination of the effects of consuming capsaicin which I think are relevant. Well worth a read or even skim to the sections of particular personal interest.

PS: 176 references in this article.

PPS: if you want to take the deep dive - go here.

There is a empirical test that can be done.

Take a raw red chilly pepper and bite in it.

To me the plant is practicality sreaming “do not eat me” " not for you Human".

Medicine, spice…OK I’ll have some.
Food is not ! Toxic!

I posted the nighshade info on my ZC forum.

This was one posters reply:

It’s too bad that Everyone won’t read this! I went into anaphylactic shock from paprika once. One serving of French fries gave me arthritic like pain in my hip joints. Just smelling the fragrance of Brugmansia, called Angel Trumpet, made my tongue start swelling. The trouble is Italian, Mexican, American foods are loaded with nightshades. Most folk eat nightshades every day.

to all, in general…SO IF YOU ARE PLANT sensitive don’t for one second think they are ‘oh so safe’ because for some they are deadly.

Just some more info to show we are all different and to discount the toxicity levels that effect some are MEH to others, oh well, I guess nowadays people MEH alot of things they don’t experience or understand are huge issues for others?
…know thyself.

My ‘meh’ was not meant to belittle problems some/many folks have with nightshades - rather to indicate my own lack of interest in eating them. Hot chilies, on the other hand, or more precisely their ‘juice’… 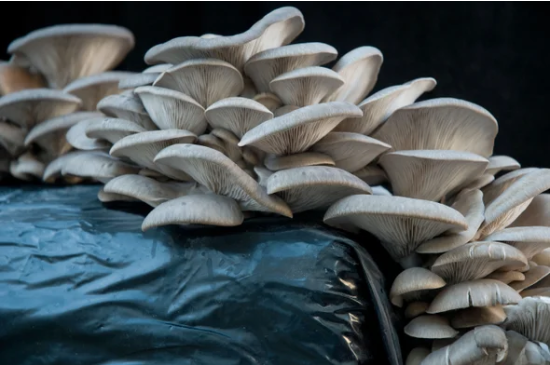 Carnivorous Mushroom Can Poison Its Prey

Scientists have figured out how oyster mushrooms’s toxins allow them to eat roundworms. via Scientific American In the 1980s, scientists discovered that oyster mushrooms are carnivores. The d…

In the 1980s, scientists discovered that oyster mushrooms are carnivores. The delicious, inescapable inference is that they’re the only vegan food that can itself eat meat.

The meat in question is definitely meat, too. Nematodes, also called roundworms, are little animals complete with guts, nerves, muscles and their own primitive form of hopes and dreams. Oyster mushrooms poison and paralyze nematodes within minutes of contact, inject their filaments into the corpses, dissolve the contents and absorb the slurry.

When you ‘read more’ you can click the link in this sentence…I found it very interesting read. A team of Taiwanese scientists that sought to answer those questions published their results last March in the Proceedings of the National Academy of Sciences.

‘‘not that much’’ is truly known about the true toxicity levels of ‘safe edible’ mushrooms when you realize that this oyster mushroom has a paralyzing toxin in in like this to take out small prey! We can only guess what the stuff in mushrooms are doing to humans but of course, being lower levels we do understand the body can interact and many eat them and do well…but just a little imagination that mushrooms haven’t been researched to their depth really…kinda like our universe, ever mysterious and can be very deadly at all times

just a good read on it tho

and for me personally, one eating fungus? fungi? isn’t that the crap we avoid cause it can cause a ton of body issues? darn right it is so when we see green mold on bread do we eat it and smile? Do we live with black mold in homes and embrace it? Darn right we do not LOL

thing is fungus is ‘broad’ and while we get the safety of small things like eating a mushroom think in full truth what one IS really eating. A plant that thrives on decay and mold and is a predator eating worms and thrives to be just that and YET we as humans WANNA eat that!! again, just a thought on it when you put it all in perspective of what one puts in their mouth