I will say that I drank water frequently on my halfs. There’s some talk that we’ve taken the guidance to “drink a lot of water” too far, but, it seems to me that staying hydrated on a major effort remains important.

Prof. Noakes, who was responsible for starting the whole sports-hydration craze, was also the first to warn about the dangers of over-hydration. His current advice is “drink to thirst.”

. So she is finding the last couple times she ran, it was really hard and slow!

A ketogenic diet is great for endurance performance, but it is not so great for explosive power, early on. There is a period of fat-adaptation, in which the muscles re-learn to metabolise fatty acids in place of glucose. This adaptation period takes 6-8 weeks in most people, and many find that when they have adapted, their performance is even better than it was pre-keto. It takes something like six months or so for glycogen levels to return to pre-keto levels, however, so explosive performance takes longer to return.

If your daughter finds the other benefits of a ketogenic diet worthwhile, she would find it helpful to wait out the adaptation period. But to each their own. I remember a thread here in which an athlete gave up on eating a ketogenic diet, because his race schedule would not allow time for him to adapt, and he couldn’t bear the thought of a performance hit, even in only a couple of races.

Thank you Paul, for your thoughts regarding running and my daughter. She had a chance to run again this past week and her times are doing better. Yippie!
She and her husband have started testing their blood sugar and ketone levels and that has been insightful too. He is probably insulin resistant, heading to being diabetic. Ugh! So glad they are doing this way of eating and happy that it is seeming to be working for them!

If you have time to listen to someone (Zach Bitter) who is an ultra-marathoner and what he eats, check this out:

In this, Mr. Bitter says he ran 143 miles…last week. An average of 20 miles every day. I did not think that was humanly possible.

Wasn’t it Tim Olson who won the Western States 100 and then ran in a marathon the following day, just for fun?

I’m sure we all agree that there is no solution that fits everyone. I have tried all sorts of variants during training and racing, and this works for me: I usually run fasted apart from a good coffee + coconut oil and salt water. Fasted 18 hours that is, yesterday I got a lifetime PB on 10 K during a 12 K training run, that surprised me. It is generally agreed that a protein rich meal should follow as soon a s possible after a run, which I do, bacon, eggs, mushrooms.
Race days: eat protein the night before, run with an empty stomach (coffee!) and make sure you get plenty of salt as well as water as you run. The term ‘electrolytes’ includes potassium and magnesium, but I find these last two to be non-essential during a run, you will have enough available with a decent diet, so no fancy sports drinks.
For a Half Marathon I will take a few granola type bars, they do seem to help and I do look forward to them during the race!
The problem with this strategy is that I then develop a raging lust for sugar.
Immediately after the race, either eat protein rich again or failing that at least some kind of protein drink. I eat normally the rest of that day, go for a 24 hour fast the day after and get back into ketosis.

For a Half Marathon I will take a few granola type bars, they do seem to help and I do look forward to them during the race!
The problem with this strategy is that I then develop a raging lust for sugar.

Have you tried doing without the granola bars? I’d be curious to know the result.

Zach Bitter also eats some carbs during his longer runs, though I can’t remember how much he gets into exact details.

During the “off season”, he eats about 50 grams of carbs per day. Of course “off season” for him is like several months for me.

He then ramps up the carbs when training longer.

@PaulL Is he the one who didn’t eat anything at all during the run?

If you read “Waterlogged”, he says that way back before you “had” to drink every two miles, the fastest runners did not drink at all during the race. And he has plenty of diagrams to show that electrolyte (blood) values go up during a marathon…unless you drink water. Then, they can go down. And, the amount of electrolyte in Gatorade and the like isn’t enough. So, you can drink tons of Gatorade, and drink so much you can die. It’s only the really slow people (aka “me”) who do that, though.

@ctviggen I get the stories mixed up after a while, so who knows?

It doesn’t strike me as unreasonable, however, that the descendant of two million years’ worth of hunters might be able to run for quite some time without food.

Though I doubt they did. On one of the TV shows I watch, they went out with the Hazda. When hunting, they did walk a while and ran during certain portions of the hunt. But then they kicked back and didn’t do anything until the next hunt.

And being the typically lazy people we are, I can see us using tricks like stealth, disguise, scavenging, etc., well before we ran. Supposedly, running does help, as a lot of animals can do short bursts of speed, but can’t do long distances. We basically could out run them over long distances.

Humans, other great apes and bears are among the few animals that step first on the heel when walking, and then roll onto the ball of the foot and toes. Now, a new study shows the advantage: Compared with heel-first walking, it takes 53 percent more...

Variation in Foot Strike Patterns during Running among Habitually Barefoot...

Endurance running may have a long evolutionary history in the hominin clade but it was not until very recently that humans ran wearing shoes. Research on modern habitually unshod runners has suggested that they utilize a different biomechanical...

Western lifestyles differ markedly from those of our hunter-gatherer ancestors, and these differences in diet and activity level are often implicated in the global obesity pandemic. However, few physiological data for hunter-gatherer populations are...

By the way, I use a very thin-soled shoe when I exercise, including any running or hiking I do. It’s basically a thin piece of rubber and that’s it. So, when I do hiking, I feel every rock. 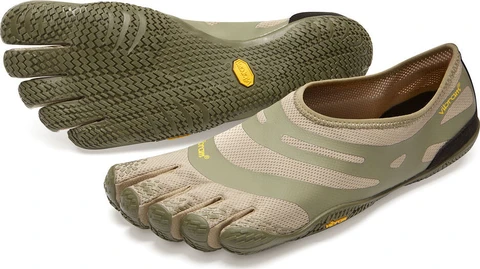 It is totally possible though I was surprised reading about such things a few years ago…There is a Hungarian ultra-marathoner woman with kids and a carrier (a husband too, that is helpful but she does her best too). She runs a marathon distance very nearly every day of the year before giving breakfast to her kids. It doesn’t matter if it’s cold or rain or holiday. She skips it only in super bad weather a few days per year (and she doesn’t do that on competition days, she runs all day then. 240km is needed for a good performance and sometimes there are uphill and hot weather too…).
I can’t even comprehend this… It’s so extreme to me! Running a marathon, fine, that sounds pretty normal even though I couldn’t run a mile (probably could if I was super motivated. I could do a marathon if walking is allowed - I think it is, it’s just not for walking most of the time that I would do. it’s not a long distance, after all)… I really want to run a marathon one day. And I will be damn proud, no matter my time. And it’s a daily thing for her… Well it takes much less time for her, at least… But it’s amazing. Really amazing. And she likes it to some extent… Wow.

This is what I wear for pretty much everything: exercise, walking, jogging, hiking. I love them!

As a result of running in the five fingered shoes, my arch improved. My shoe size went from a size 9 down to an 8 1/2.

I have just ‘run’ 100 miles in one go. It took me just over 26 hours. There was obviously a lot of walking too. I am more low carb than keto as I probably have too much wine and occasionally potatoes. I am not as far as I know metabolically damaged or overweight so probably have a higher carb tolerance than most here. I chose this WOE as a healthier lifestyle (really don’t believe what those doctors or big pharma tell us) and also not to have stomach problems while running. I can easily run 15/20 miles fasted. Whilst on my run I did take on carbs and some crappy food which generally felt fine at the time but if I do it again I might make up more keto foods. I genuinely believe that my body just needed food and not carbs per se.

I have listened to Zach Bitter many times. Great guy but he does do running for a living and all comparisons are with elites which most of us are not!!

This time when I got home I didn’t have any non keto food. We went straight back to our normal eating.

Really believe I couldn’t run so far fasted and feel like I do if I ate a SAD diet.

As for electrolytes, I forgot to buy any. It was not warm weather though and although I had salt tablets that was all I got. I did drink 5 cans coke though and tea

I’ve been experimenting with adding just enough carbs back in for some faster running. I also love listening to Zac Bitter- what a smart guy and good podcaster

Yes I have. I have run 12 K 24 hours fasted, doing very well actually. But for longer distances carbs do help.