This is a recipe from Jules’ dad who was a sous chef at Claridges restaurant. He used to make this using a bechemal with cheese. Obviously you couldn’t use a bechemal which is made with a roux of flour and butter with milk. But Sodium Citrate is a magic cheese emulsifier. 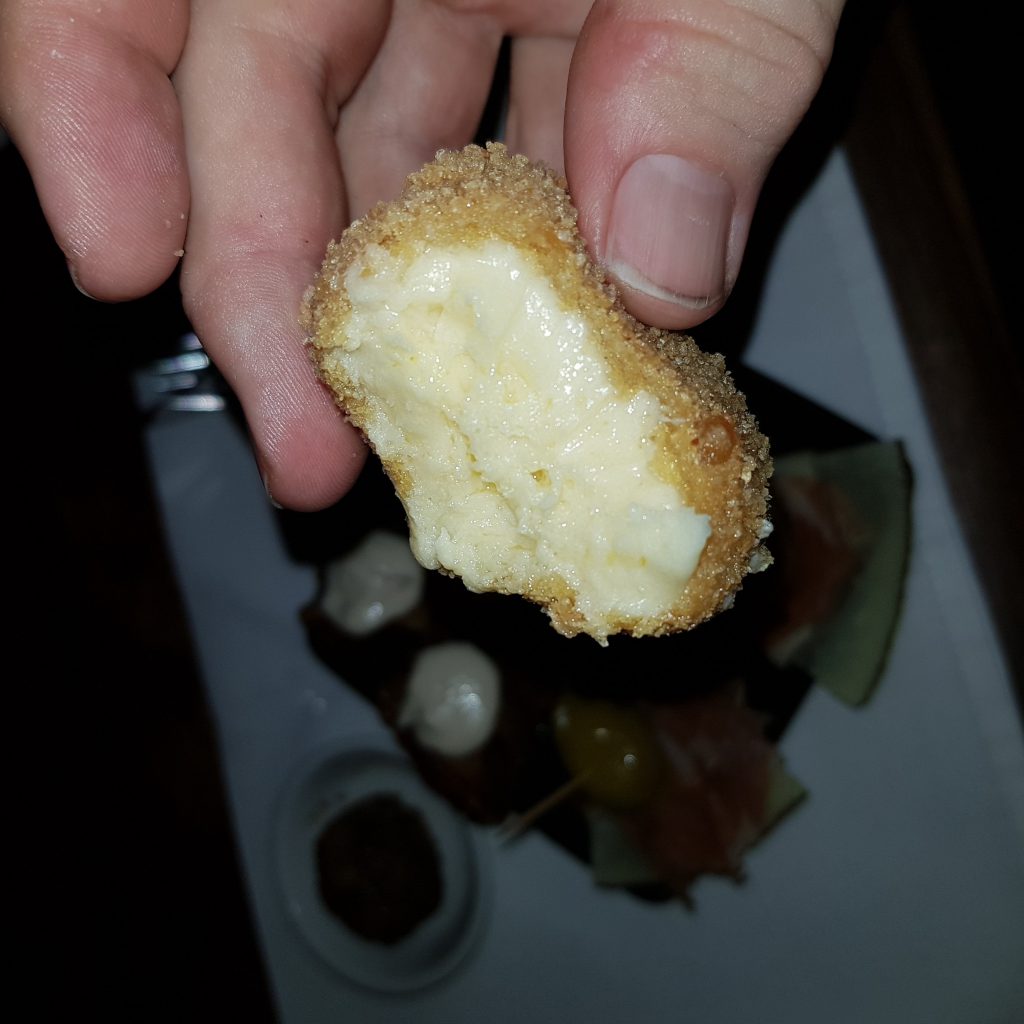 20180121_193408-1024x1024.jpg1024×1024 87.2 KB
[wpurp-searchable-recipe]Queso Croquetas - - Cheese (We used manchego and aged cheddar), Sodium citrate, boiling water, crushed pork rinds, egg, Blend up the pork rinds so we can use it for “breading”; Start with 75g of grated cheese; Add a teaspoon of sodium citrate; Add 15ml of boiling water; Nuke the cheese in the microwave until it melts, and blend it to make sure that the cheese emulsifies into the water and any oils that have come out of the cheese from melting it; Scoop the cheese into some cling wrap and wrap it up and put it in the fridge until it becomes slightly solid but still slightly maleable. ; Cut the cheese into half, and form each into a ball using the heat of your hands to properly form it; You can use cling wrap to keep them into a ball form, but I use an Iceblock mold for making ice balls for scotch … put the cheese in the freezer for about 15 mins just to make sure it stays solid and in a ball.; Beat egg into a bowl, put the pork rinds into a saucer so you can dip the cheese ball into egg to coat it well and then into the pork rinds so they stick to it.; I dunk it in egg a second time, and into the rinds again.; Deep fry it (in tallow or lard) for about 3 mins or until golden; The balls may split a little where it touched the basket, try to put that bit at the bottom when you plate it and no one need ever know.; - [/wpurp-searchable-recipe]
cheryla (Cheryl) 2018-01-28 15:33:29 UTC #2