Not sure if this belongs in the Food category, but

A bag of McDonald’s French fries from 1959 was recently discovered inside someone’s wall.

Like the plaster it was resting next to, it was, for the most part, still intact. Think about that the next time you have a craving to put garbage in your stomach. 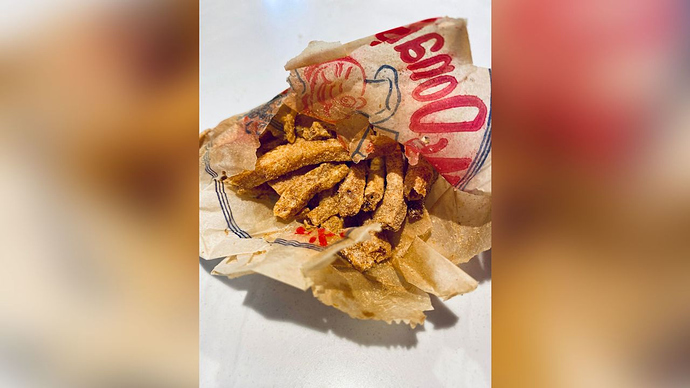 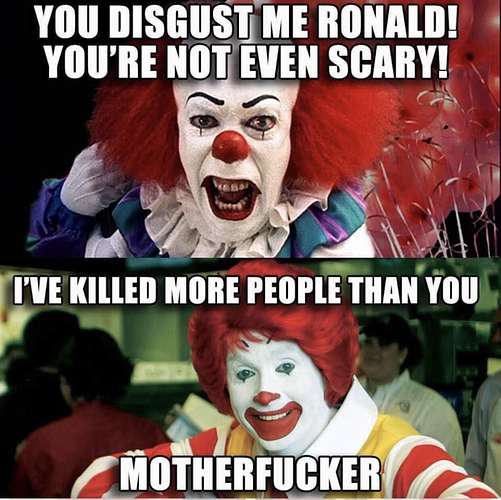 I never ate at McDonald’s, not even when it arrived to my country and got a popularity, never figured out why (I mean the hype, I know my reasons :D).

If I want chips (I am not into french fries), I make them myself (or not as deep frying is so messy, I don’t do that).
Oh but chips means french fries somewhere, I just don’t know where. Brits?
It means typically those flat things here, usually in bags (rarely ate those too but they are enjoyable). But anything FULLY crispy works for me. I have a tool to make spiralling potato chips. That’s fun. But I have better and less messy crunchy things now.

I was a fast food junkie point blank.
still want it, but hate the taste, but damn I still wanna go thru a drive thru and order the world!
yea this hit me on growing up point blank and it is part of me but damn, I finally left the drive thru behind and the ick food it serves and believe me, it is NOW worse then it ever was back in the day when it was ‘new’ and now tastes have changed for me to just ick.

could stomach some naked burgers and cheese on the road and hit and eat and NOW, heck no I can’t stand them anymore…they just aren’t ‘real food’ and I make my way into finding real food at all times vs. that ‘fast food slurry’ crap out there.

I SHOULD BE preserved just like those fries in the picture if my body has anything to say about what I hounded down in fast food. OMG I loved it…ugh…oh well, can’t change the past but I hope I ain’t preserved in any way where they ‘test’ me and say, yea alotta of MCDs fries in this ol’ mummified body HA HA

Virtually anything that dehydrates rather than decomposes will last indefinitely. e.g. Egyptian mummies. That’s why dehydration is a food preservation process. Whether or not there’s any remaining nutritional value after more than several months is another matter.

Right, exactly what @Belisarius said. This kind of thing with fast food has come up before, with the famous in tact mcdonalds hamburger someone used to take around in a glass container, but the explanation was simple and you could (and some did) the experiment yourself with any burger. It’s not that it’s packed with odd chemicals that prevent life, it’s that it’s very cooked so that anything in it dies (the point of most cooking) and most of the juiciness/moisture is gone, or at least any left is taken away by the air after a couple hours or days.

McDonalds fries are generally of the crispy, oil fried type, which also requires removing most of the moisture during cooking. Molds and bacteria, like most known life, require water to live, and these aren’t providing much, and if sealed away well enough in a wall, even less can get to it to change that environment.

Probably still not what you want to eat at that point, unless there’s literally no other food, but not really all that strange or concerning either (not just based on being preserved).

I never ate fast food either.

yea pics now are EVEN worse then what is handed to you.

Just get a commercial of a ‘Big Mac’ or a McD Quarter pounder or a Wendys Baconator or so many more and those ‘plastic food burgers and pics of what you see’ are NEVER the crap ya get…so get ya on that!!!

someone should sue someone for this BS adverts for real! probably been done, don’t know HA 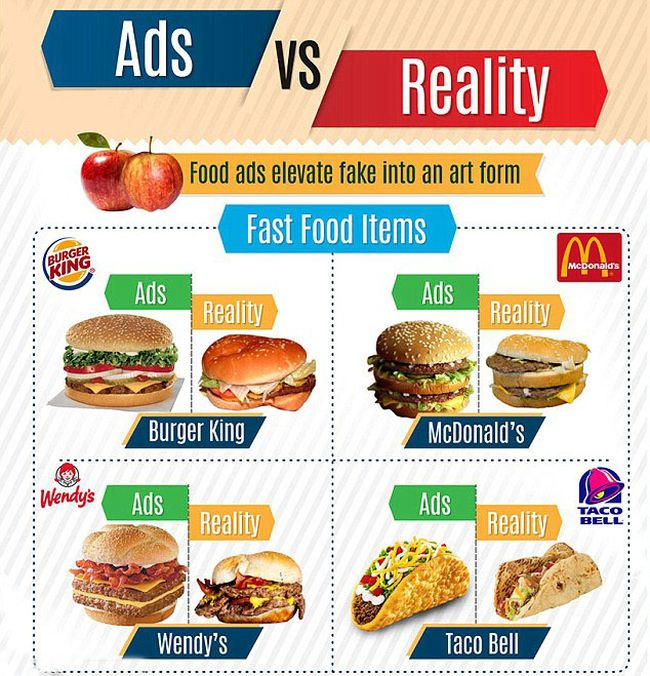 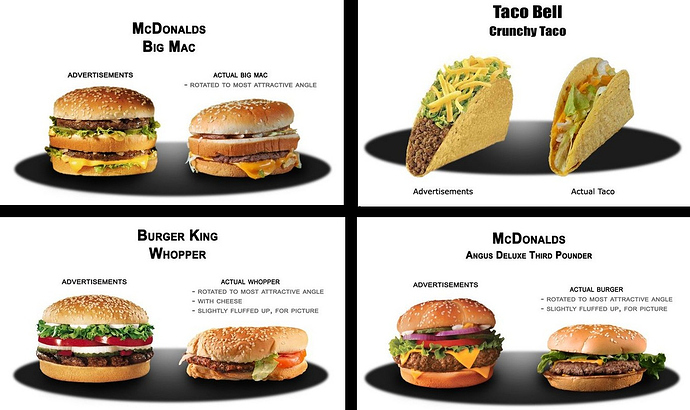 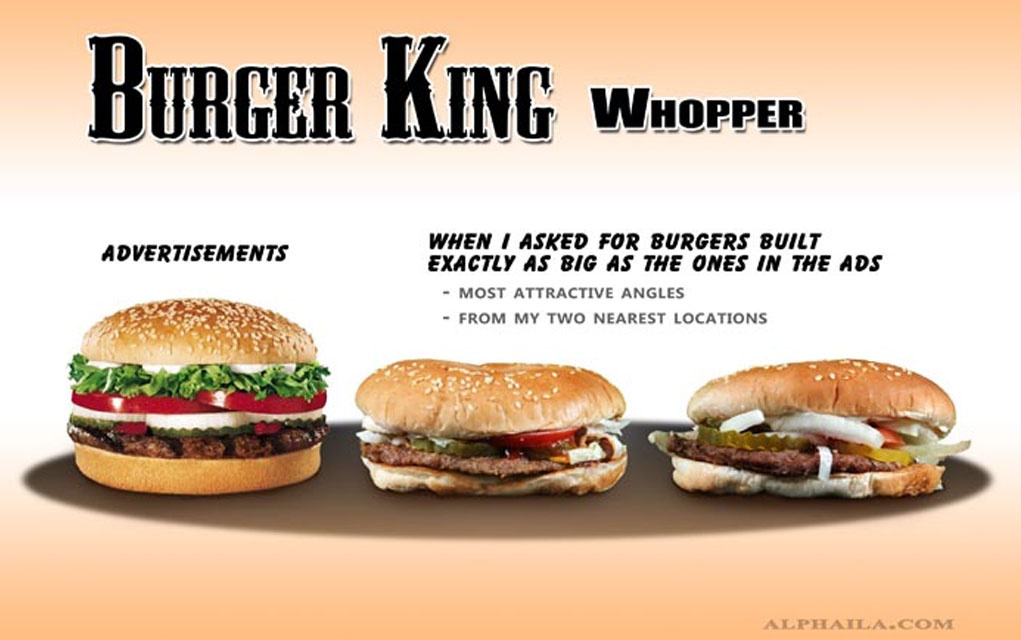 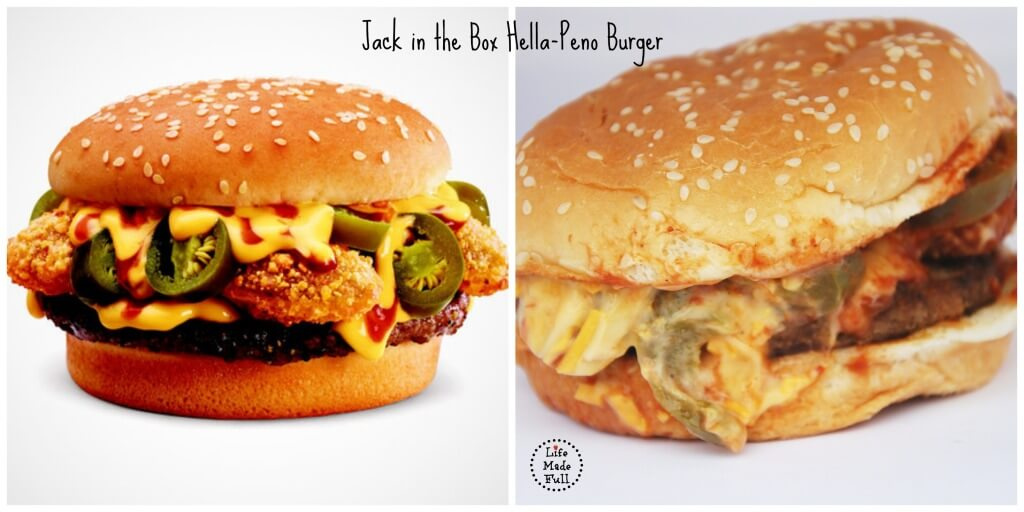 Though that Wendy’s double burger without the bread doesn’t look bad. Not as good as the ad, of course.

But when I eat at 5 Guys (a burger chain where I live), I get two patties with cheese, wrapped in lettuce. It’s really pretty good. Over a thousand calories, too, if the calorie list is to be believed.

I’d wanna see where the cheese came from. I remember stuff from restaurants tasting rather bland and, I don’t know, kinda chemically compared to the bricks from a supermarket.

It’s funny: they won’t tell us about the source of the cheese, but they go to great lengths to announce which farm the potatoes came from. . .

On the other hand, the burgers are great. I don’t get the wrap, though, because it’s kind of messy and a lot of lettuce. I like the bowl better.

I also like how they ask about whether bunless is by preference or because of allergies. Apparently they go to great lengths to avoid contamination if you say “allergies.”

so cool and so real on that Aqua!

And that they use peanut oil…not a great oil in my opinion. Where’s the tallow?

Though I did eat some peanuts when I went (and they had peanuts – seemed to be gone after covid).

The wrap is a lot of lettuce. For “date night”, my wife and I would go to Costco, then eat outside at the tiny tables they had outdoors…which they didn’t have last time we went. It was easier for me to pick up something and eat it outside on the tiny table, and I didn’t have to worry about a fork and knife.

And the 5 guys in Newtown closed…bummer.

which farm the potatoes came from

What the hell for? The fries? Didn’t Mickey D’s fries skyrocket to legendary fame due to beef tallow? Wasted opportunity, if you ask me. 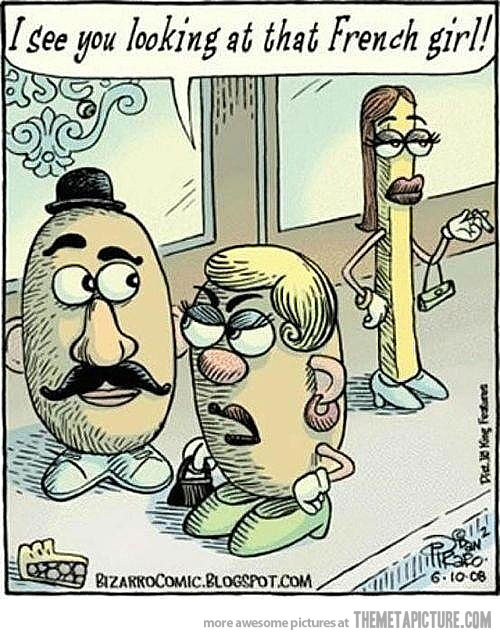 And then they got their pants sued off them by a guy who had a heart attack and blamed it on their tallow-fried French fries. That’s when they switched to partially hydrogenated seed oils. Also known as trans-fats. So now, they use regular seed oils, with all their attendant problems (such as uniforms spontaneously combusting while being cleaned). Nina Teicholz tells the story; it’s fascinating.

McDonald’s: “Our fries taste the best because we used tallow!”

McDonald’s: “Our fries are healthier because we use partially hydrogenated vegetable oils!”

McDonald’s: “Our fries are the least unhealthy because we use seed oils!”

McDonald’s: “Well…it’s not a medical fact until our sales drop.”