My journey, with a couple of pictures

I was around 300 lbs, my BP and bad cholesterol levels were rediculous high, and my Fibromyalgia symptoms drug my life quality down to about a 2 or 3 out of 10.
I avoided self photos like the plague, hence the reason my before shot was grabbed from a screen shot, and I was wearing a “tent” to hide my huge gut. I was so ashamed of my body. 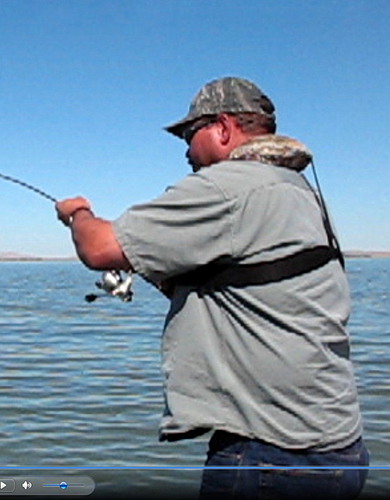 I’ll let you decide by the pics. I do have really wide shoulders and a 42" chest, so I carry a higher weight well. 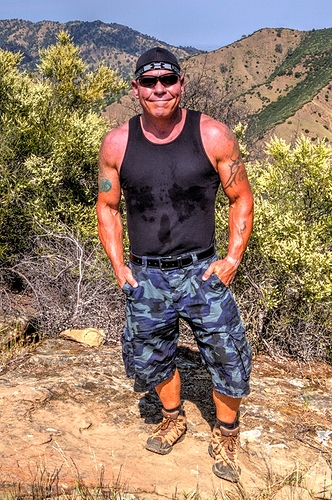 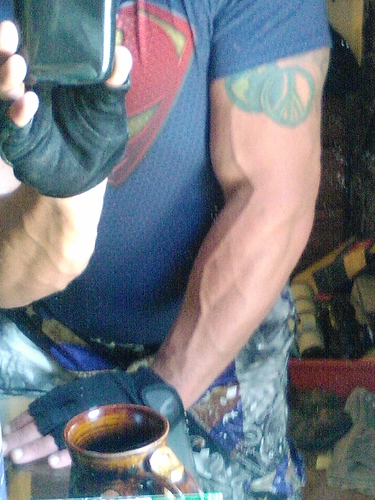 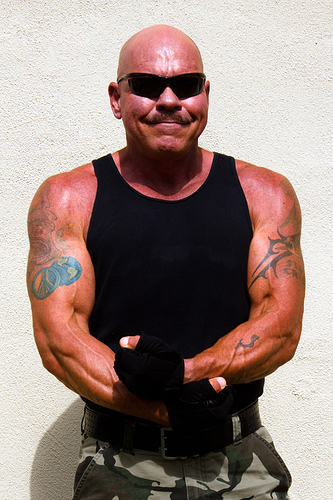 Ruptured a disc. 2 weeks in bed, and a year to mostly recover.
5 years of hard core diet and exercise, “mostly” down the drain

At least my BP and cholesterol has remained good, and my Fibromyalgia is still probably 80% better.

So here we are, 4 years later. Just like before my heath and fitness flip, I hate to get my picture taken. I don’t look quite as bad as I did 9 years ago, but nothing like 4 years ago either. Maybe somewhere between the shots I’m posting here.
I don’t expect to ever be in the shape I was before the injury… My back is 95% better, most of the time, but will never be 100%. Also, I know the time and effort it took to be in that kind of shape, and I just don’t have that kind of time to devote to it anymore (not single now for one thing)

But I do want to lose about 30 lbs for starters, then I plan to reevaluate. Maybe lose a little more, but I want to really build my legs, heart, and lungs back to where I’m doing hard core uphill hikes, with a 30 lb pack… for hours without having to stop.
Hoping to achieve this on a keto diet.

For myself (with my OCD) the hardest part is “deciding” I want to do something, and taking that first step. But once that happens, I become so obsessed that it’s easy… Although the rest of my life usually falls off to the side. Oh well. We will see what happens on this next chapter of my life

So far, I feel like this keto thing will be… a piece of cake

lol …okay… I guess I should just say, no problem

Those are some impressive results!

Hey! Great before and after! Killin it! Keep up the great work! It looks like you can punch a hole through a brick wall.

You’ve been there once you can get back to the end result again! Great job getting back on that horse!!!

I had my best success with keto when I was more obsessive about it. When I’m all in … I’m all in.

Thanks all. Like I say, I don’t even expect to put that much muscle on again… maybe my legs, which don’t even show in those pics, but they were 29" and hard as wood.
I just want to get leaner overall, and get my cardio back.

Good luck on your #goals!

I think if you decide to start keto, you will be very surprised at how easy it can be, how well you can eat, and how good you will feel. I would just suggest you keep your carbs under 20 g./day, make sure you eat enough, get enough fat and have enough salt.

I’ve seen many men on here (and some women) who enjoy a degree of fitness and due to the fat and inflammation loss and muscle gain that this WOE promotes, they look pretty ripped.

If you enjoy information and researching, you may want to check out all the articles and videos on dietdoctor.com. Ninety five percent of the content on there is free without having to join, which speaks volumes. I honestly don’t know of any other website that does that.