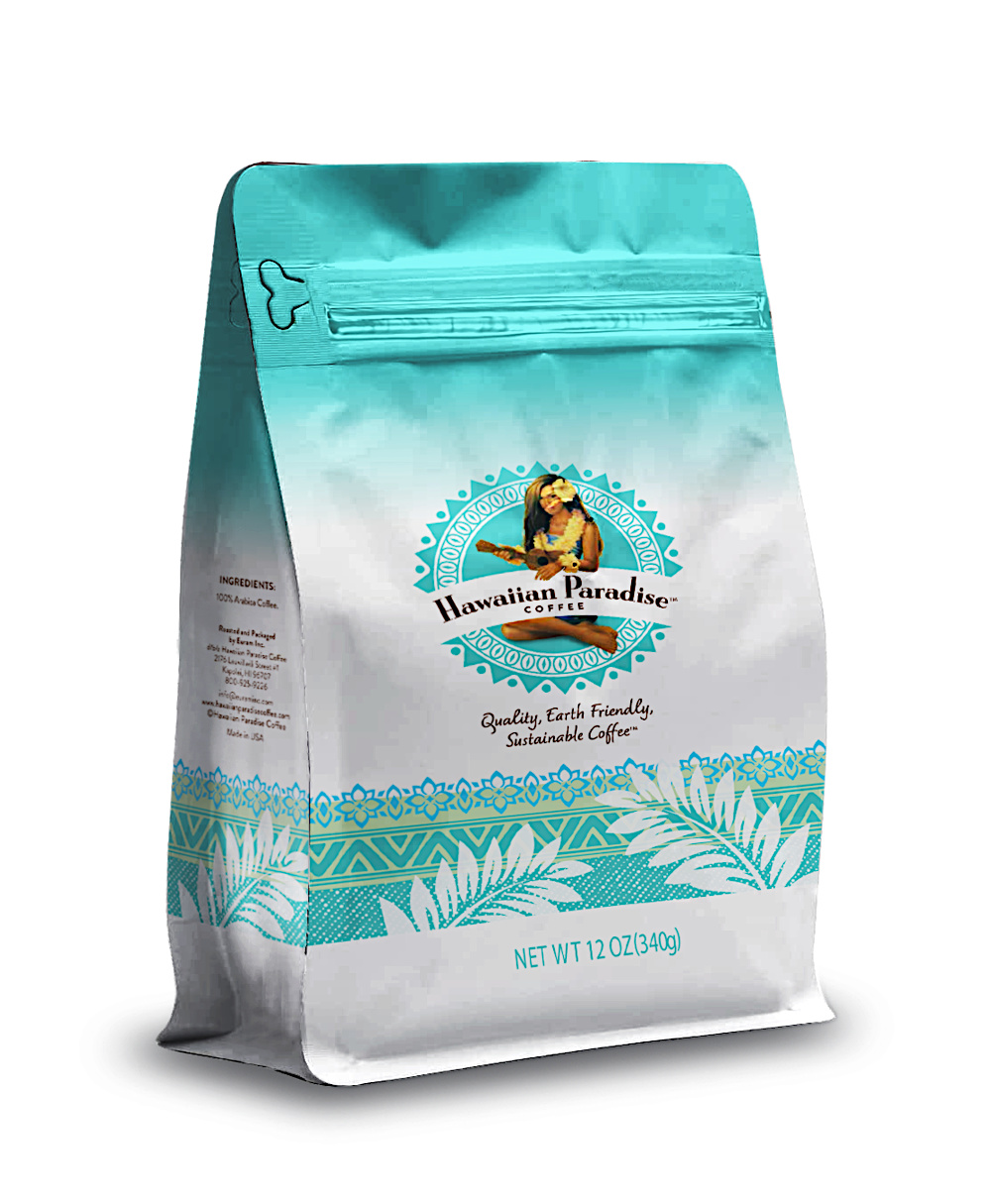 Since my previous posts above I’ve made some further coffee, prep and bibation discoveries I’d like to share. I’ve gravitated away from dark roasts to medium and even light roasts. I think they retain much richer flavour profiles, whereas to me the darker roasts all taste quite similar - not identical, but similar. The above Paradise Roast from Hawaiin Paradise is a medium light roast with a very complex flavour profile. For anyone put off by even a hint of acidity and bitterness, this coffee is for you! I discovered it at my local Winners for $9.99 @ 12oz package.

My original 4-liter glass vase recently met the dumpster so I replaced it with this. Aside from the first trial batch with BOZ - and here - I decided to make concentrate so I still get 4-days of coffee from one prep session.

During the hot months of the past summer, I started experimenting with drinking cold coffee in the morning. Coffee Booster seems to have discontinued the 250ml container of their Collagen liquid and the protein liquid I replaced it with after a lot of online searching turns out to be very - ie sickeningly - sweet so, eventually… Rather than use my original ‘cold’ keto mix, which contains less than half the nutrients of my ‘hot’ mix, I started eating the hot mix separately as a pudding rather than adding it to the coffee. So I ate my keto mix and drank cold black coffee! I suddenly discovered that the coffee flavours were greatly accentuated! I could actually taste flavours I had not known existed previously. I started trying all my various blends and brands to determine if I could distinguish differences - and I did, both subtle and major.

As the weather gradually cooled into the Fall, I gravitated back to drinking my coffee hot again. But I had read someplace that the ‘ideal’ coffee temp for drinking is 145°F because it allows the subtle flavours to be noticeable. My summer experience had confirmed that. Of course the 145°F recommendation is based on hot brew not cold brew, so I figured I probably had some up/down leeway. All I needed was sufficient heat to dissolve my ‘hot’ keto mix and keep it in solution and prevent formation of an oil slick. So I’m currently drinking my morning ‘hot’ coffee at about 150°F and it’s working well. I taste all sorts of flavours in my coffees and can distinquish between them. So it’s been quite an enjoyable ongoing experiment.

One final mod is that I stopped using my countertop blender. I mix my keto mix ingredients in Bubba, then add the coffee cup by cup, stirring vigorously as I do. It’s not as ‘foamy’ as using the blender, but everything gets mixed well enough and takes lots less time.

For anyone interested, here’s my current ‘hot’ keto mix. I also add 2.5 grams of my Real Salt/No Salt electrolyte mix. What does it taste like, you wonder? It tastes almost identical to plain heavy/whipping cream - only richer and creamier. It does not seem to mask any of the coffee flavours. 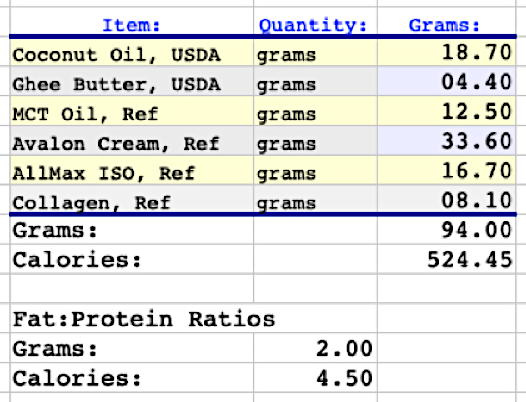