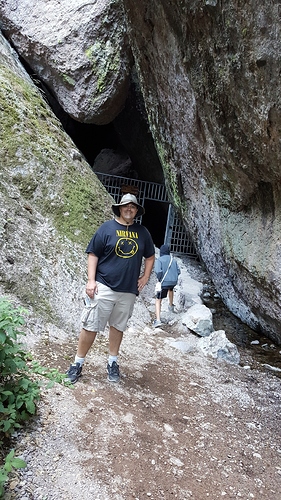 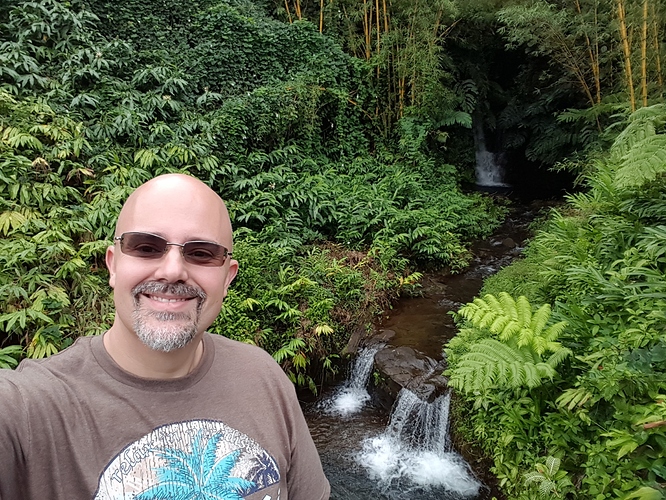 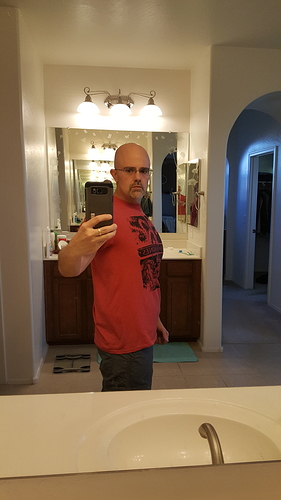 I started Keto and fasting the end of June 2017. The first picture is me on vacation after about 2 or 3 weeks after I started and I had already lost 15-20 lbs. Mostly water weight I know but it still felt nice seeing the scale move in the proper direction for once. The picture of me in the brown shirt was taken around the end of November. I started at a weight of about 275 lbs (125 kg) pants were 42 and I am down to 173 lbs (79 kg) pants 32. I didn’t take many pictures of myself. I didn’t think I was going to have the success I did, I thought it was just going to be yet another diet I would try and not lose any weight or be able to keep it off for long.

I tried eating one meal a day as much as I could, usually it was a big salad. Once I got into ketosis it was much easier to fast, I just had to listen to my body, half the time I would drink some water and the hunger would go away. I have tried longer fasts but the longest I have gone is just 3 days. I wasn’t successful fasting for the full 20-24 hours probably half the time I would have a keto friendly meal or snack until dinner time. Since I have a family I found it easier to not skip dinner with them. I didn’t go to the gym or do any exercise other than walking or hiking once in a while until a few weeks ago when I joined a gym. All the weight loss was from keto/fasting. Since joining the gym I have been much more hungry but I am still losing weight.

I had not seen the doctor in years until December of 2017. I had lost 80 lbs (36 kg) by that time and I wanted to know how my labs were doing. I felt great but I won’t lie I was concerned about how the keto diet might be affecting me inside other than the great weight loss. All my labs came back good except my cholesterol was a bit high. When I told my doctor about my diet he told me he had another patient who was able to reverse his diabetes with the keto diet.

When I see someone fat I have to resist the urge to tell them about keto/fasting. I really feel keto has saved my life and has been the easiest diet I have ever done. I want other people struggling with their weight just like I was to at least have the chance to try keto. I know it is not for everyone but it sure works good for some of us. I don’t feel I followed the diet that well but I was still able to have incredible results. I was feeling very sick before I lost the weight. I would feel especially bad after eating a lot of carbs / sugar. I suspect I was pre-diabetic or something. I had a lot of sweets one night (October/November) and that sickness feeling came back but recently I had yet another moment of weakness and had some treats and that feeling didn’t affect me. I don’t plan on testing the carbs but I think whatever was making me feel sick when I ate sugary stuff is gone or at least better now.

My original goal weight was 175, 100 lbs was a nice even number. I never thought I would reach that goal and now I am past it. I have not been this weight since high school. I still don’t like what I see in the mirror but I am close. I see no reason to go back to carbs. I don’t feel like I am missing out on anything other than a treat once a month or so. I am trying out keto recipes so I can make this more of a life style than a diet.

Bravo!! This is the kind of thing that gets me up in the morning and keeps me on track!

Yes, trying to decide whether or not to tell folks is a tough one. I generally leave it for them to ask me now that it is obvious I have lost a significant amount of weight. But that doesn’t always work either. Had a friend who wanted to know how me/another good friend were doing on keto and losing weight - only to insist that even though they “understood all the theory” and was trying to follow it - they still believe the only way to to lose is that “you have to be hungry all the time, even just a little” and we have to be calorie restricting (consciously or unconsciously) - basically calling us both liars. Sigh…so we keep shrinking, and they do not (and much much sicker probably to the tune of 150lbs overwieght or more). Hard to watch.
But on a more positive note - the work buddies have tuned onto IF, so now are open to adding keto info as illness prevention as they finally understand that even though they might be ‘normal weight’ that metabolically it might not be so rosy inside.

I think I will buy a “keto” gym shirt. Try to get people to talk to me about it. I am not the type of person to warm up to strangers but keto and fasting has worked so well for me and so many others on this forum that I feel like it would be wrong not to tell others that are obviously still struggling with their weight and health. I mean they are in the gym for a reason.

My success has inspired a few people at work with mixed results. This diet like most things in life is not for everyone but for some of us it could not have worked better.

What an Inspiration!!! Bravo on your success!

great JOb! I am 65/ started keto dec3,2018/
Started at 283/ down to 252/ havekeep carbs at about 20 or below all during this period! Feeling good! I have a goal weight of 198/ I have drs scheduled for early March/ lab work/ curious how that will go/. Hope all keeps going in the right direction for you!

Seriously, I don’t get it, I mean I get to eat soo much great stuff most importantly I get to feel satisfied after a meal not Like other diets where I am still very hungry after eating

So far I am down to 292 from 351 since jan 1st, and been getting into IF for the last month and half and it couldn’t be easier