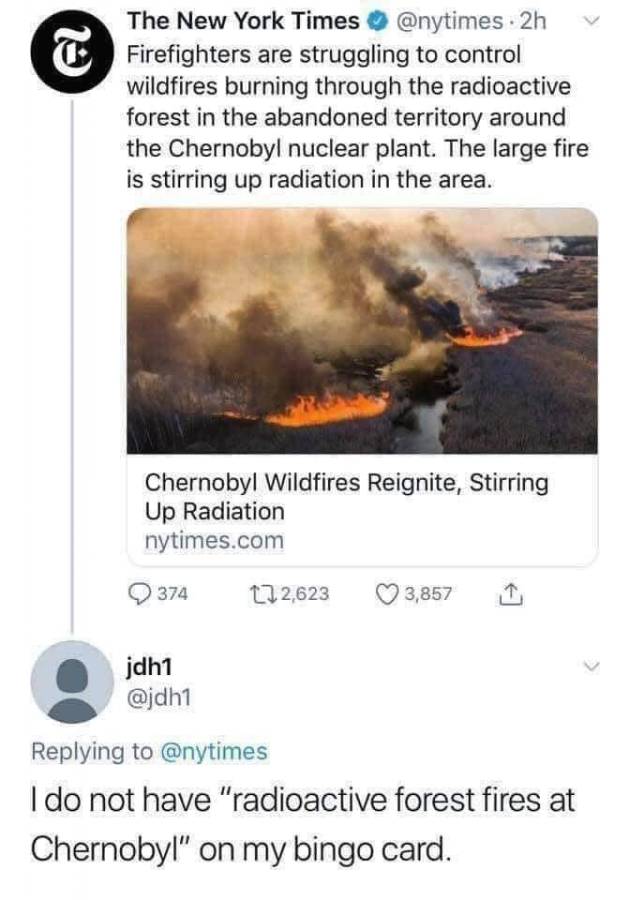 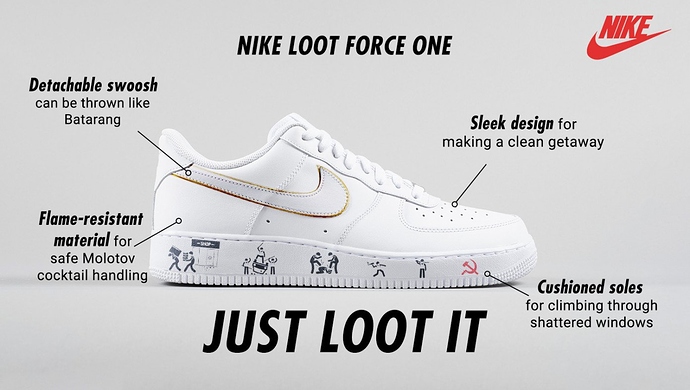 Now that is in poor taste

Care to explain @Fracmeister? I think rioting, looting or excusing it is in poor taste. 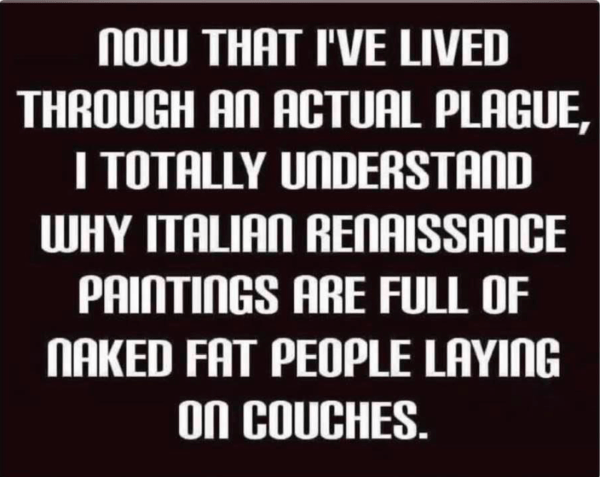 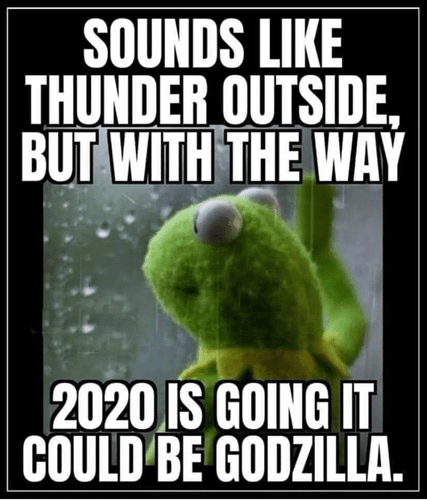 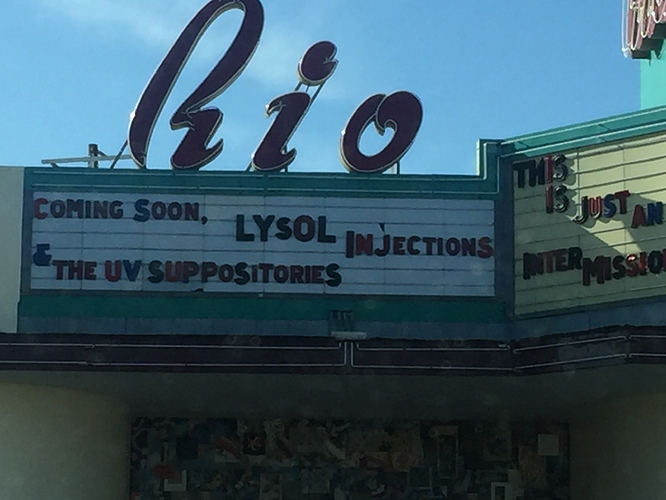 I hear they’re going to offer cups of complimentary covfefe to people waiting in line. 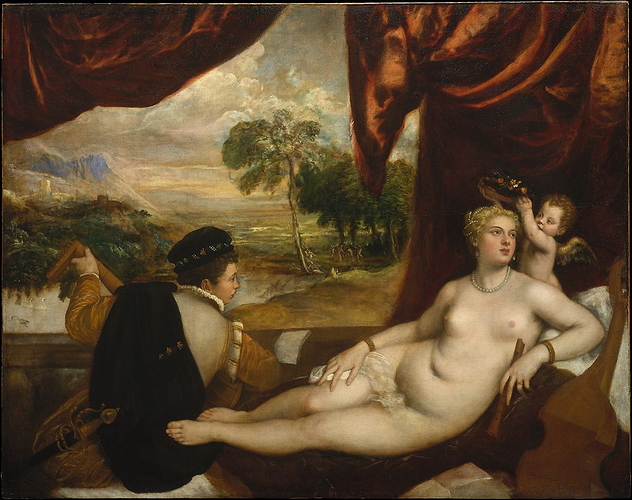 I got an e-mail saying, “At Google Earth we can read maps backwards!”

I thought to myself… that’s just spam.

I’d like to respond to this post, as a white American with two beloved African relatives, my niece and my nephew. How can I make the claim that there are decent white Americans on their side, when this kind of joke is allowed and spread as part of the national discourse?

I have to say that making an association between looting and legitimate protest, as this image does, is not helpful in the present climate in the U.S. I have to say that my reaction to this image is not laughter, but sadness. If you take a moment to look at this picture and then put yourself in the place of the average African-American viewing it, you will understand my point.

Those will work great with my Blue Pill People disguise! Sleek design for a clean get away and cushioned soles for running through shattered glass! 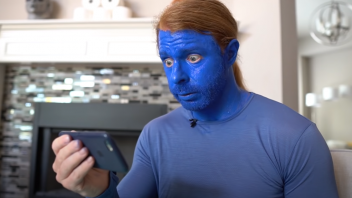 @PaulL I have absolutely nothing against protesting the death of George Floyd, and this image says nothing of protesting. I see this more as a commentary of where we can go as a society and yes it’s kind of sad. And for the record plenty of people other than African-Americans participated in the rioting and looting. Sometimes cynical and sarcastic humor get a point across. Sorry it made you sad.

I’d like to respond to this post, as a white American with two beloved African relatives, my niece and my nephew. How can I make the claim that there are decent white Americans on their side, when this kind of joke is allowed and spread as part of the national discourse?

I have to say that making an association between looting and legitimate protest, as this image does, is not helpful in the present climate in the U.S. I have to say that my reaction to this image is not laughter, but sadness. If you take a moment to look at this picture and then put yourself in the place of the average African-American viewing it, you will understand my point.

I agree. I didn’t choose to engage with @David_Stilley on this because I have a pretty good idea how he would respond (blah blah it has nothing to do with protesting blah blah) and that discourse may belong somewhere but not in the Humor section. Thanks

Pre-pigeon-holing people - presuming what they think and will say - is also not Humorous.

If at first you look at the Nike pic and think this is racist toward blacks who looted, ask yourself why you associate Nike with this community? Why does it feel racist? I’m not saying I have any answers, nor do I have an opinion, but I am doing to my best to really think through knee jerk and long held reactions to things.

Instead of staying it’s in bad taste maybe we should be asking the poster, what does this mean to you, why do you think it’s funny, etc. Having dialogue, working to understand one another and introspection is the least we can all do. I’m not calling anyone out, just saying what I wish for.

Thank you @PetaMarie, my first impulse was not to further comment because I never intended to be a heavy here.

I put something on the forum that people seem to interpret differently, maybe a reflection of something inside themselves.

The obviously sarcastic image about a Nike Shoe designed for looting, which some people have interpreted as racist with veiled and not so veiled posts. @PaulL openly accusing me of not being a decent white person (racist) and @Fracmeister writing off anything I would say with blah blah blah type comments showing his virtue signaling, social and political superiority and judgment of me, neither one of them really knowing anything about me and judging me solely on the basis of their interpretations of the image.

I don’t see any racial implication concerning who the rioters were or a criticism of the peaceful demonstrations that are happening in that image, In other words people following the example of the Civil Rights Movement MLK style. Many people I know participated in the peaceful demonstrations and I would have myself if not for personal health and mobility issues. We had peaceful protesting in my town which is a great multi racial community in central California. There was some damages done by people dressed all in black with face covering, likely white wannabe ANTIFA UCSC students or graduates living here. There are some pretty clear photographs to support that. They also came out here a few years ago for another social issue, the occupy movement.

There are those who use situations like this as an excuse for social tantrums destroying and thieving, hurting and more killing daily. 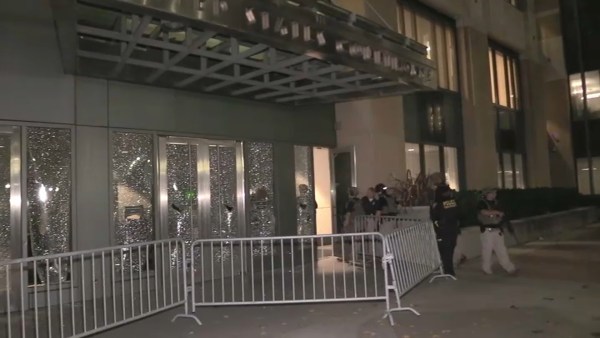 One of two officers shot at in Oakland died from injuries, authorities confirmed.

I’m seeing a disturbing trend of targeting officers of color now implying they are traitors. I didn’t associate that with the peaceful protest any more than the riots that occurred.

I found the image also to have the dark humor aspect that corporations like Nike are so quick to make a buck off any trend. Maybe some people saw it as racist because they associate Nike as a company that makes shoes for Black people. I do not have those biases myself. I was a musician before my hearing loss in the SF Bay Area and Louisville KY and I have worked with international musicians of many races and cultures including Africans Asians and Latinos. I was married to an Indonesian woman and I had a relationship with an aboriginal Australian woman who was half white. There are also several multiracial children in my extended family and I have African American relatives. I find the “knee jerk” judgments of me offensive, I am anything but a racist.

I apologize for posting what turned out to be such a controversial image of very dark humor. The fight against racism has become too politically charged a subject for some people and provokes too much inflammatory thought in these “Us and Them” times we seem to be living in. Dark humor for dark times.

In my honest opinion, looters are taking a opportunity to loot because of the riots/protesting. I do not see the shoe as a color, but as a representation of looters which come in all shapes and colors. I find the shoe amusing not from any standpoint other than “looters gonna loot.” I think we immediately judge a depiction of something without having the facts. I don’t think this shoe points fingers at any race or gender. Its just a group of people no matter race or gender stealing because they have the opportunity, and some people will always try to “gain” if they can.