How To Deal With Vegetarians

** SARCASM WARNING. THIS IS A JOKE POST IN RESPONSE TO MEAT-EATERS RAISING OFF-TOPIC WARNINGS TOWARDS VEGETARIANS. **

Please link to this post if you see somebody ineffectively warning a vegetarian. Especially if you see a subtle warning rather than a direct rebuke. I’ve noticed that every single topic on vegetarian protein sources has a serious lack of people saying “just eat meat."

Please help me on this. I am a semi-vegetarian (WTF is that?) and I need help. All vegetarians do. We need to be chastised more and patronized more about our personal choices until we simply surrender and stuff dead animals down our gobs all day.

If someone starts another topic about non-animal protein it’s important that many members reply:

It’s 3 simple bold words. We cannot have too many people shouting this. A stronger version is:

It’s only 5 words. The subtle versions of:

“I don’t understand why you don’t eat meat.” or “Supplements are dangerous. Real meat for me." and other subtle statements don’t really cut it. It’s far too logical for a vegetarian to hear. You need you to be chastising us. Not trying to persuade us. We are dense people really.

This is an important issue because people who choose to eat non-animal protein are simply doing so because they have never really properly considered their options and the realities of life. They don’t understand the dangers or true cost of non-animal protein and they need to be reminded constantly that you choose to eat meat and vegetarianism makes no sense. Vegetarians have definitely never read The Vegetarian Myth and probably know nothing about the research indicating that vegetarianism raises their cancer risk. They have bought into the lies from Dean Ornish and don’t understand how his research and The China Study are both seriously tainted by selection bias and financial agendas.

Yet it doesn’t help to remind them of this in any kind, subtle or genuine way. It simply doesn’t work. Vegetarians are dense, or they wouldn’t be vegetarians. You really must shout:

Please link people who are inadequately warning vegetarians to this post. Especially in threads about vegetarian protein sources as they are the most misguided threads of all.

Thanks for your help

I had to re read this post several times. I didn’t know whether or not the intention was to write it in a contrast voice, to sway the reader to the other side of the argument. I’m still confused.

Whether or not one agrees or disagrees with their choice of food…it doesn’t matter…it is still their choice.

Clearly, this is a ketogenic forum. So, the eating regimen we talk about need to revolve around ketosis. Whether that means someone eats a vegetarian diet, or avoids pork or beef because of religion, or only eats fish on Friday for long-held cultural tradition, everyone needs to pay respect to that.

Of course, it would not be right for anyone to preach their way of eating to others…that’s an unwarranted behaviour that will put you in the penalty box, too. Don’t tell me or others that our choice of food (pork, beef, vegetables, etc) is not ethical, immoral or unclean. That’s a no-no.

And, as you would expect any forum that holds “show me the science” as a must-have for fact-based discussions that draw out fair criticism and communal learning, if you state something that doesn’t hold true for a set of variables, you must accept the outcome of a civilized discourse, and learn the extent of where the boundaries of your stated beliefs or claims exist, and where they don’t align with other facts or data.

Seek to understand before you seek to be heard.

It’s a joke post. Highly sarcastic. I guess you’re not an Aussie and definitely not a vegetarian.

It’s in response to the nber of off topic meat comments that come up when people try to discuss protein powders and the like. 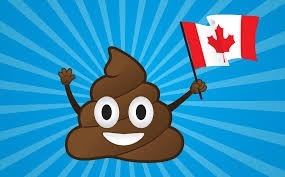 You know Canada took gullible out of the standard school dictionary right? Apparently too offensive.

The serious side to my post is that linking to it might actually save a vegetarian time and distress instead of otherwise figuring how to deal with condescending meat comments.

Well, thank you for bringing the point up. There is certainly no need to allow vegetarians, or others with alternate keto ways of eating, to feel like they are not welcomed or not respected.

Thanks @Fiorella . If you or anyone else can think of any edit to make the sarcasm more obvious for an international audience I will gladly add it in the post.

Please help me on this. I am a semi-vegetarian (WTF is that?) and I need help. All vegetarians do. We need to be chastised more and patronized more about our personal choices until we simply surrender and stuff dead animals down our gobs all day.

Thanks @Fiorella . If you or anyone else can think of any edit to make the sarcasm more obvious for an international audience I will gladly add it in the post.

I’m an American and here’s my slant. I tried to keep this in your own words and not alter your overall intention, but I’m not psychic and can’t read minds, so take this with some critical review.

Put this at the top just to make it clear what’s coming.

Please help me on this, I am a semi-vegetarian (WTF is that?), I’m feeling snarky and sarcastic and I need help.

All vegetarians need to be challenged more about our personal choices until we surrender, get better educated, and make the best choices for our bodies rather than stick to an ideology where we never really properly considered our options and the realities of life.

I’m an Aussie living in Canada and my Aussie sense of humor has got me in trouble here more than a few times. Taking the mickey out of someone or something is practically an Aussie tradition.

I missed the sarcasm too I’m afraid and I use it as an art form. Glad I read the other comments to have it explained!

I’m a literalist so without voice inflection the sarcasm went right over my head. I was going to comment that basically calling someone’s choice of lifestyle a mistake and ordering them around on how they should live will just tick them off and make them ignore you (I know this. I lived several years vegetarian and one year vegan living with people putting me down for it or trying to tell me what to do. It took becoming very sick to make me start eating meat. And that’s not to say I agree at all with telling people vegetarian is dangerous. It’s quite safe it just wasn’t for me… of course the mountains of oreos I used to eat probably didn’t help

i read it a few times too and didn’t get it…
aussie, brit, canadian, american…we’ve just proven that sarcasm isn’t an international language…at least not on the internet but that the forum is

Dude. Ya just sound pissed that ignorant folk have told you to eat meat one too many times.

When that happens just point out their ignorance of their comment.

I understand your need to rant.
I have my own issues. Example: Don’t get me started on the “just eat the fat off your body” shit when folks push low fat keto.
Twists my knickers in a bunch mighty bad…

KCKO!!!
My son is vegan and I respect it. We DO, however, tease each other mercilessly cuz I’m basically a carnivore atm. He’s 33.

On an LCHF FB group a newbie asked what the difference was between LCHF and Paleo and when responding I spelled out that LCHF is “Low Carb High Fat”. The PC police corrected me that it means “Healthy Fat” and “we” believe you should get the fat from your own body, not from the plate. UGH!!!

I don’t have a problem with the concept of “healthy fat” at all, it’s the plate vs body remark that made me want to throttle someone. And the correct term coined before PC police got involved is “high fat”.

I hate those kinds of groups. Like if you’re eating 20 grams or less carbs and limiting protein to avoid insulin spike but supposedly “eating your own body fat” you’re just doing a starvation diet and setting others up for failure or an eating disorder

@janknitz @Lolo
You guys have it figured out.
Stay the course.
That fat from your body shit makes me scream

In a caloric deficit does the fat not come from your body?

To a degree yes but you would be hungry all the time if you only ate your limit in carbs and limit in protein. I mean I would eat like half a chicken breast a day and maybe 3 cups of broccoli. People that can maintain that kind of diet long term have an eating disorder. Personally I have far better weight loss when I eat more fat thus bringing my calories above deficit. And it’s not causing my metabolism to bottom out on me. This is something I can do long term.

I’m not talking about eating eat 0% exogenous fat, I’m just wanting to see to what degree people think the opinion that “every diet which results in a caloric deficit is de facto a “high fat” diet” is accurate or off base.